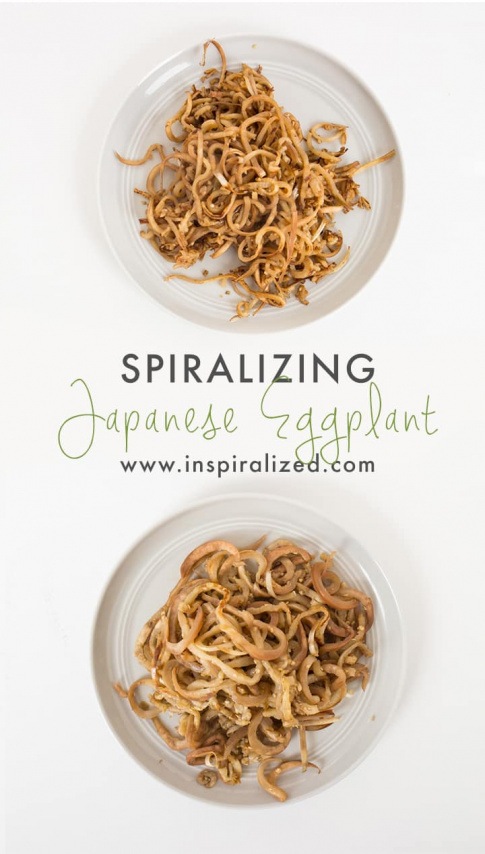 Spiralizing Tips & Info
Many of you have asked, “Can I spiralize eggplant?” If you’re referring to the most...
share this post 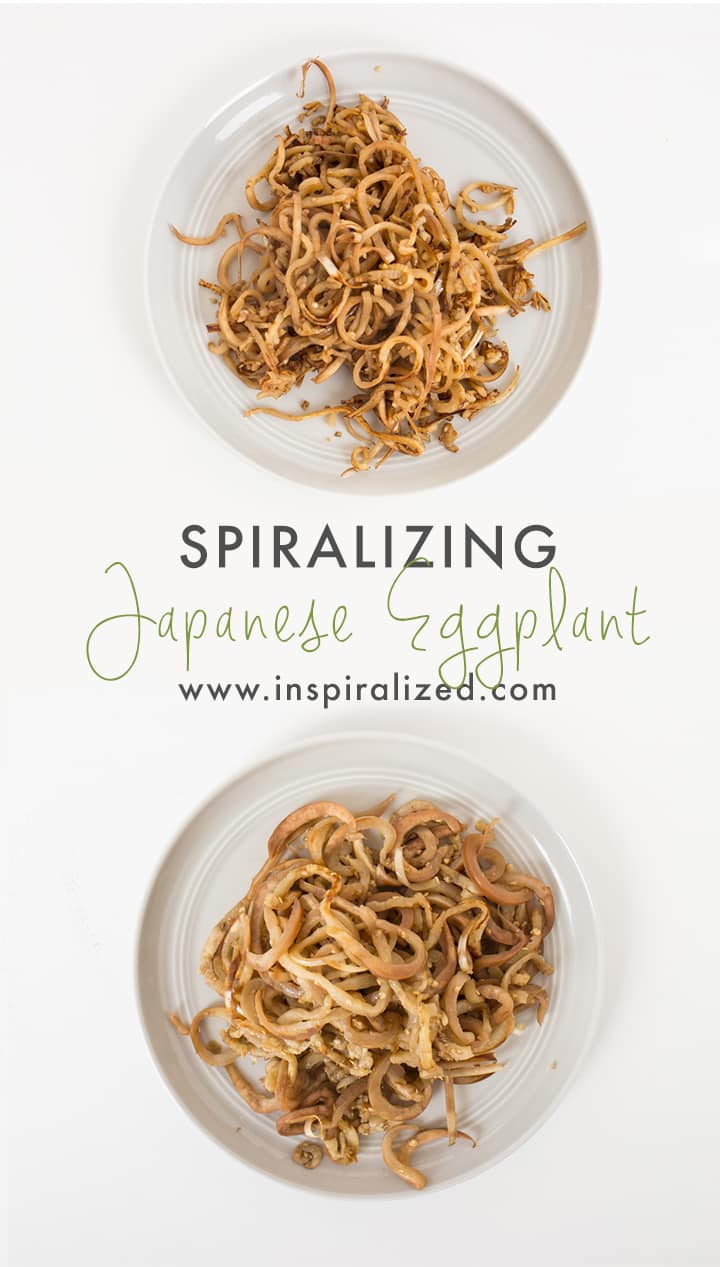 Many of you have asked, “Can I spiralize eggplant?”

If you’re referring to the most common of eggplants (big purple aubergines) – then, unfortunately, you really can’t. You can read more about that here.

However, you can spiralize Japanese white eggplant.

I don’t recommend it, but it can be done. Let me explain.

I’ve tried spiralizing every variety of eggplant and Japanese eggplant is the one that works “the best.”

However, the noodles from this vegetable aren’t ideal for spiralized cooking.

When the eggplant noodles are cooked (say, in a skillet with some olive oil), they become very slimy and mushy. Honestly, when I tasted them, the consistency was too worm-like for me to even swallow. Overshare?

Do you still get that eggplant taste from the noodles? Yes, but the consistency is off and not very pasta-like, if that’s what you’re looking for. 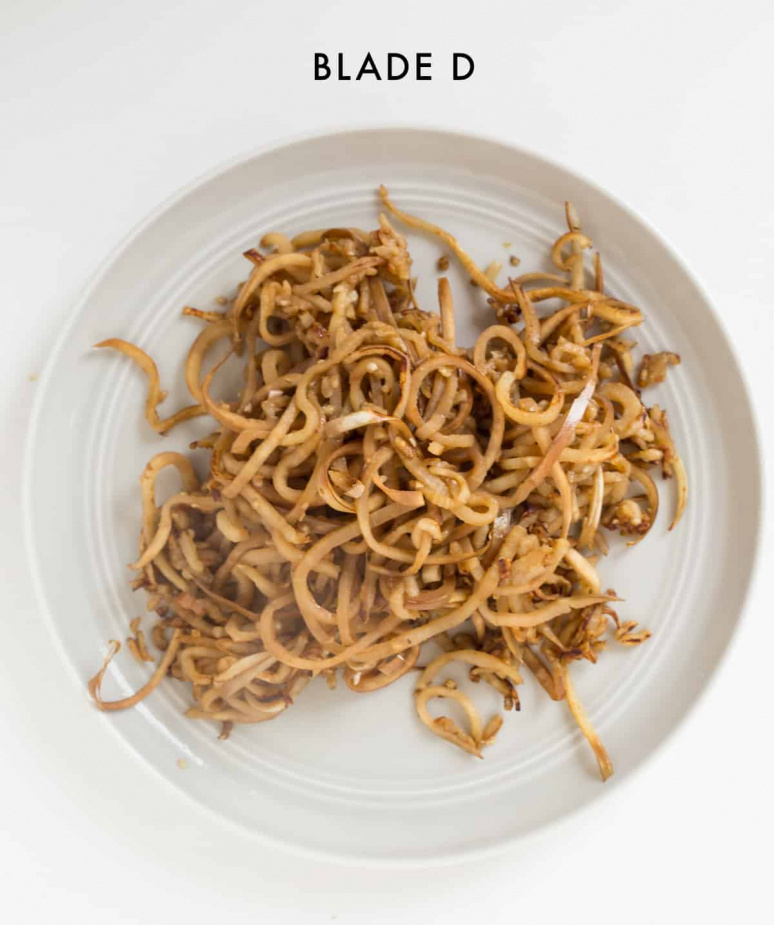 One of the primary reasons why standard aubergines don’t spiralize well is because of the vegetable’s seeded, spongey interior flesh. The seeds make eating eggplant a bit unpleasant – some of the seeds clump together and again, make the consistency unfortunate (hello mush!) 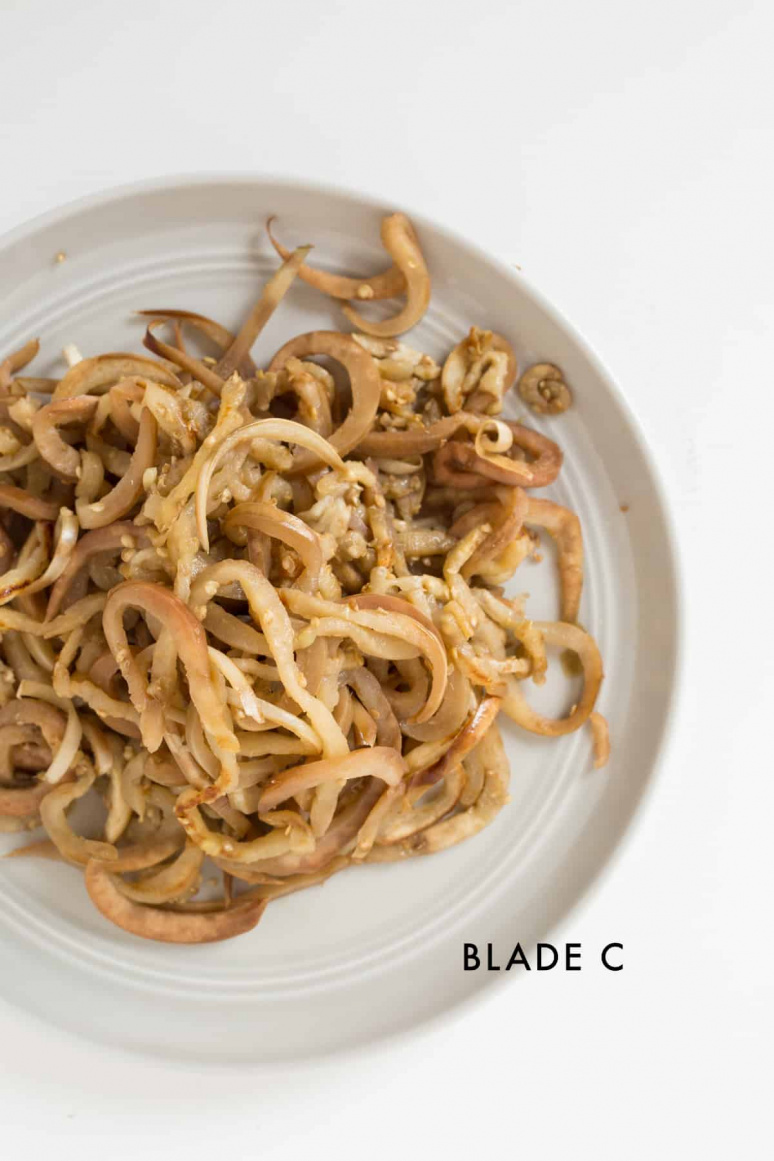 If you still want to spiralize this vegetable…

Since I recognize that everyone has different tastebuds and preferences, I wanted to present you with the information on spiralizing Japanese eggplant, so that you can make the decision for yourself! Maybe the things I mentioned aren’t deal breakers for you and you’re an eggplant fanatic.

If you still want to continue on, I suggest Blades D and C, only (on the Inspiralizer.) Any larger and the noodles are tough to manage and don’t cook well. 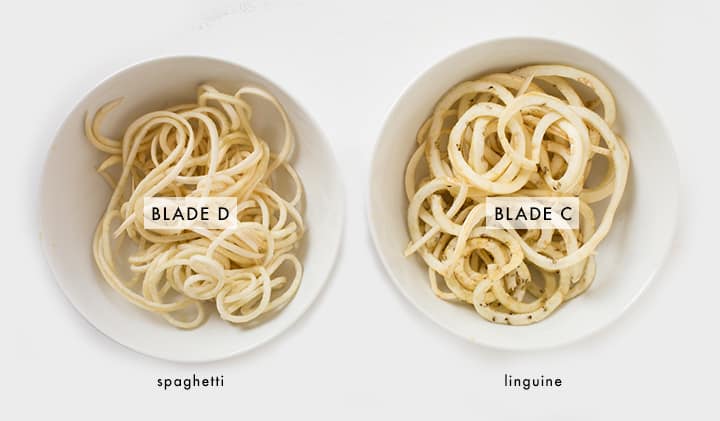 So, do you think you’ll be making a spiralized Japanese eggplant dish in the future? 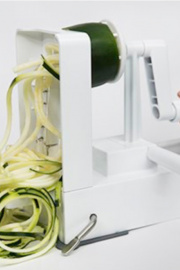