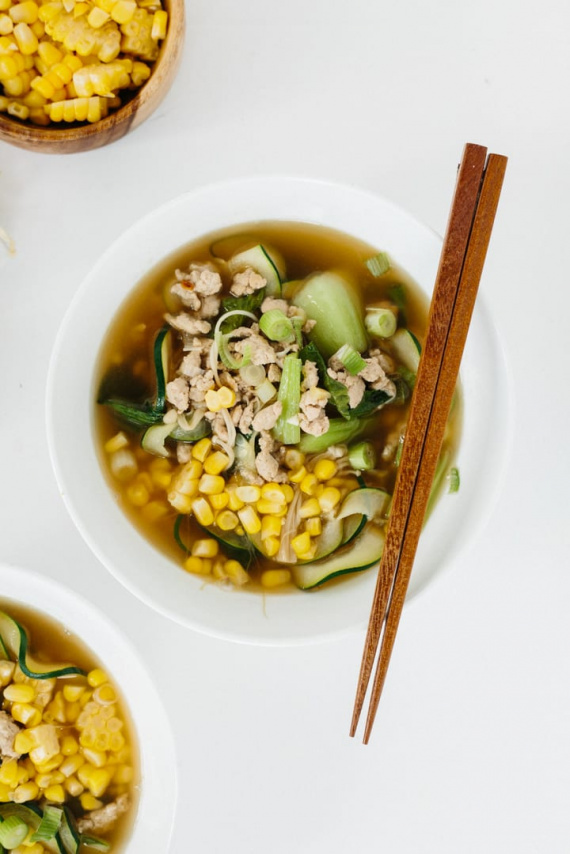 Soups and Stews, Meat & Poultry, Noodles, Zucchini + Summer Squash
My favorite part about the end of summer: those perfect days when it’s warm during...
jump to recipe
share this recipe 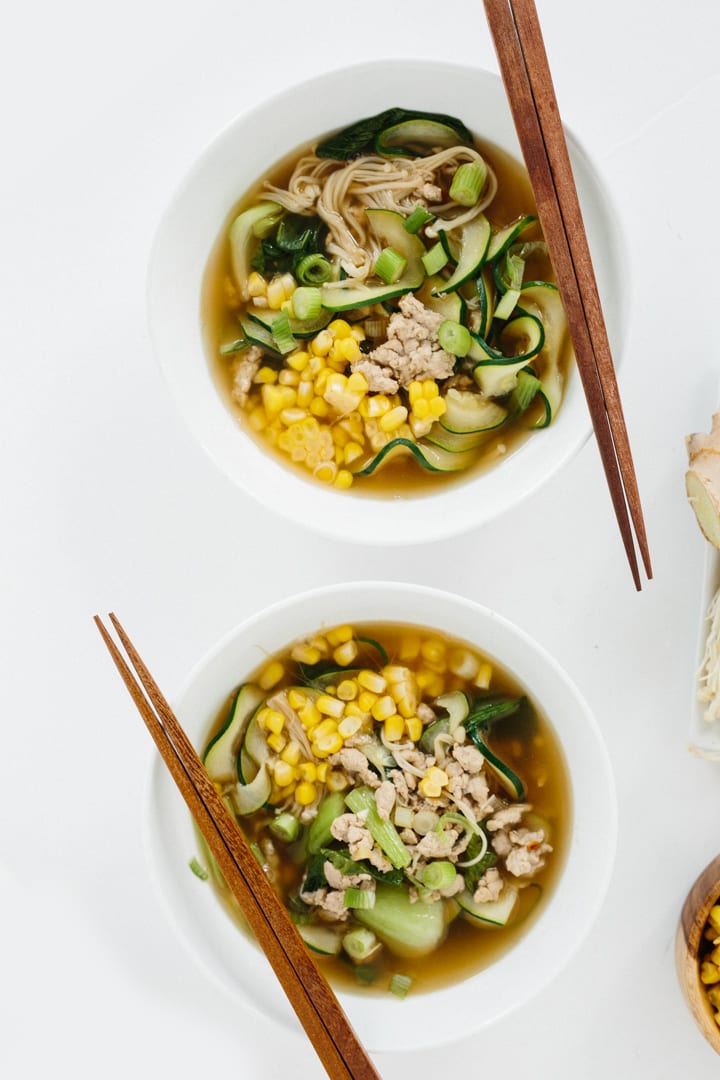 My favorite part about the end of summer: those perfect days when it’s warm during the day, but then crisp and cool at night.

We have this nice outdoor space at our building with a fire pit. It’s so nice to have a glass of wine by the fire, curled up in a sweater. It’s not too cold, but just cold enough where you can bust out the comfy-ware. 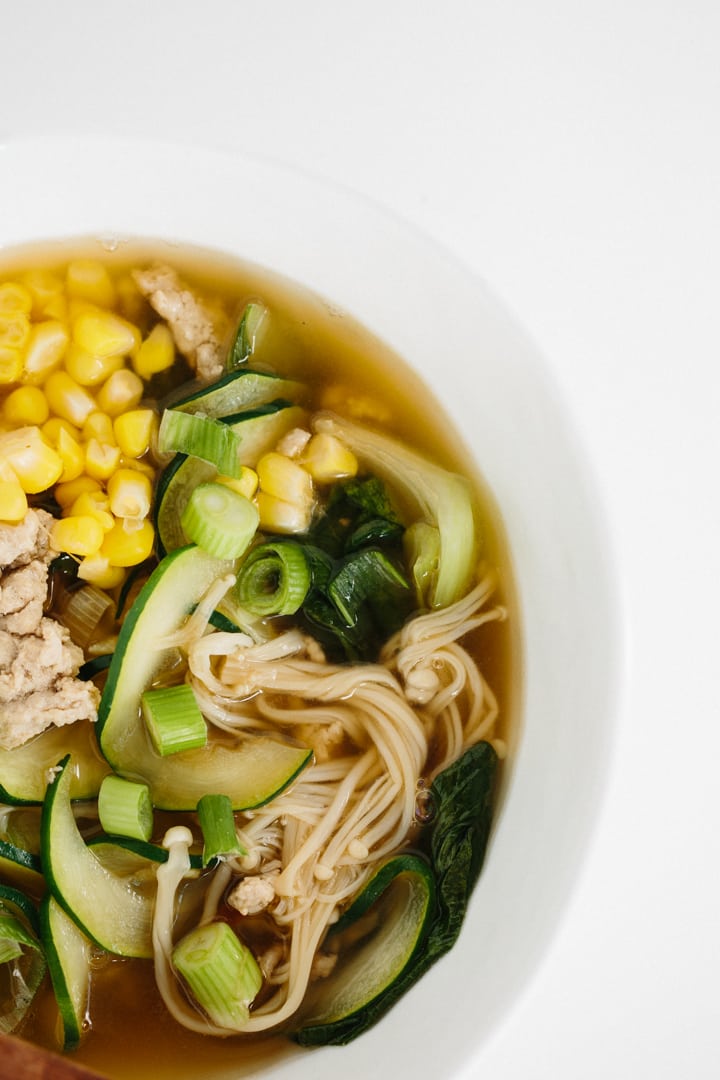 Now, first stop: enoki mushrooms. Honestly, I’ve never tried them and I kept passing them in the grocery store, so I finally grabbed a package and gave them a shot. If you like Asian mushrooms, I definitely recommend trying these out – I love their consistency, they’re almost like an angel hair spaghetti.

BUT, if you don’t like mushrooms or can’t find these in your local market, then just substitute in any type of mushroom (sliced button or shiitake are always great in soups.) 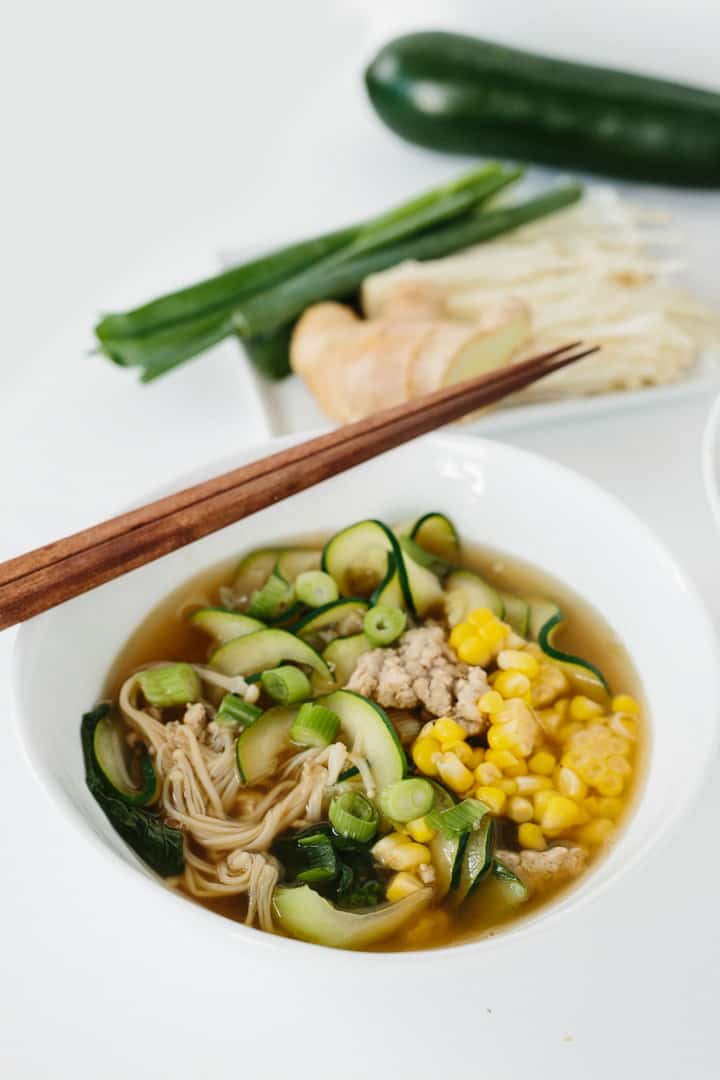 The flavors of this soup are simple, but robust. The pork cooks in the sesame oil and the broth is simmered in the flavors from the cooked pork, which consequently infuses those zucchini noodles with that well-sought after umami flavor.

I love the corn here – it was a last-minute addition and that fresh Jersey corn really adds a subtle sweet flavor and a nice crunch to this soup. 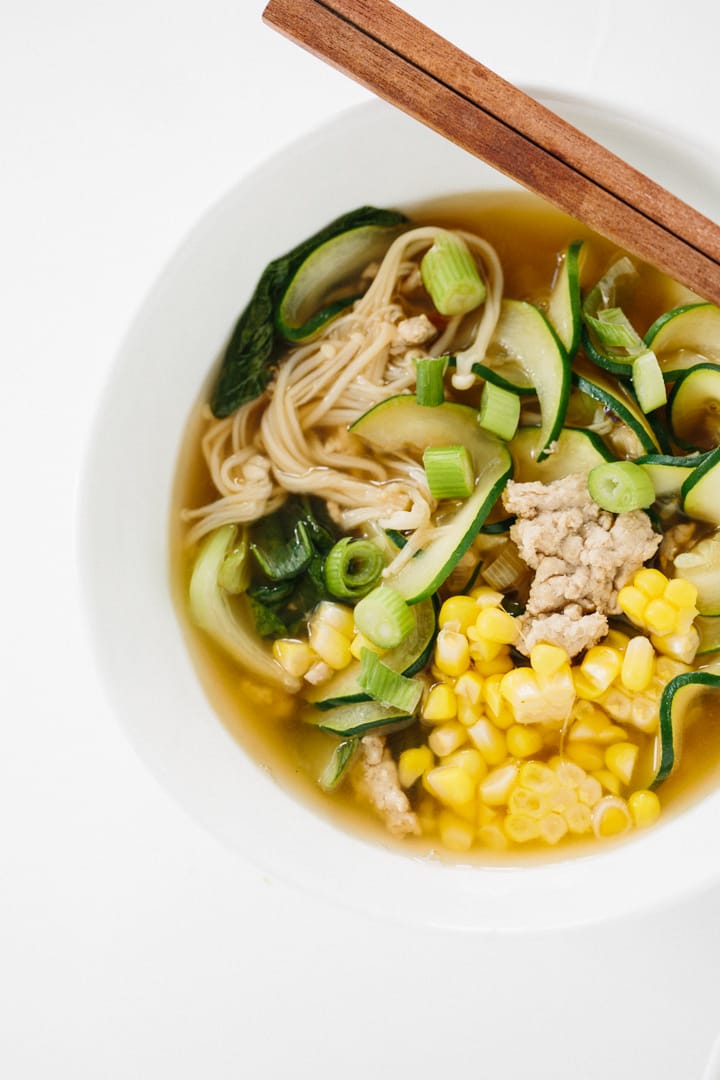 A poached egg would probably be the proverbial cherry on top here… hint, hint.

Here are a couple extra photos, because I just couldn’t resist: 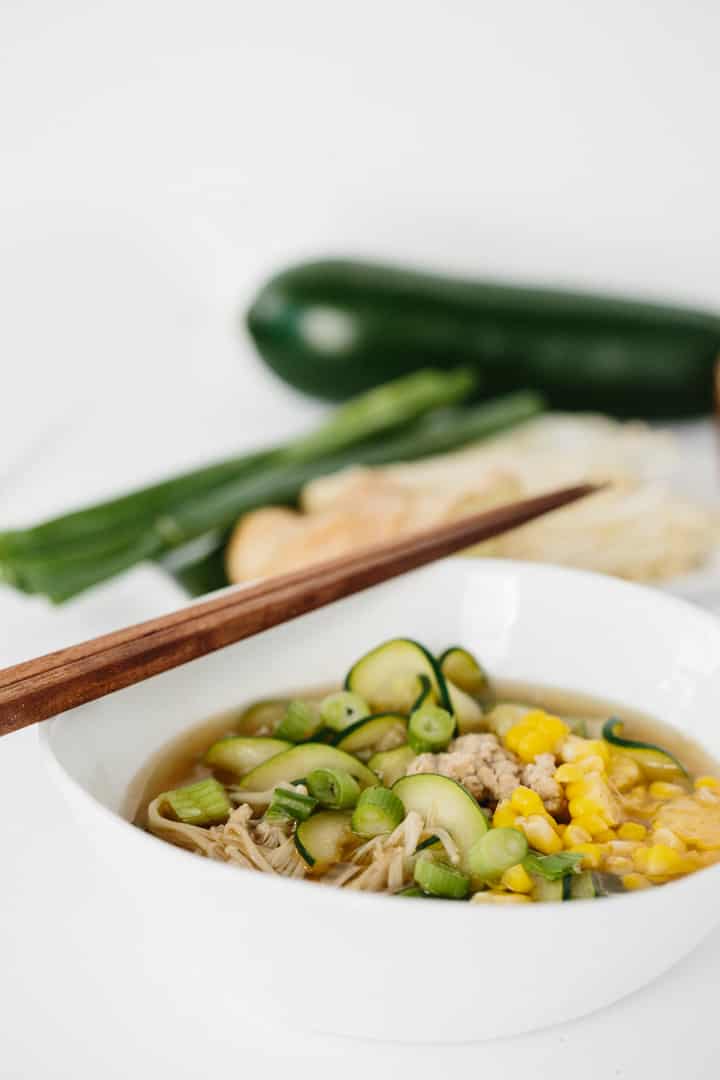 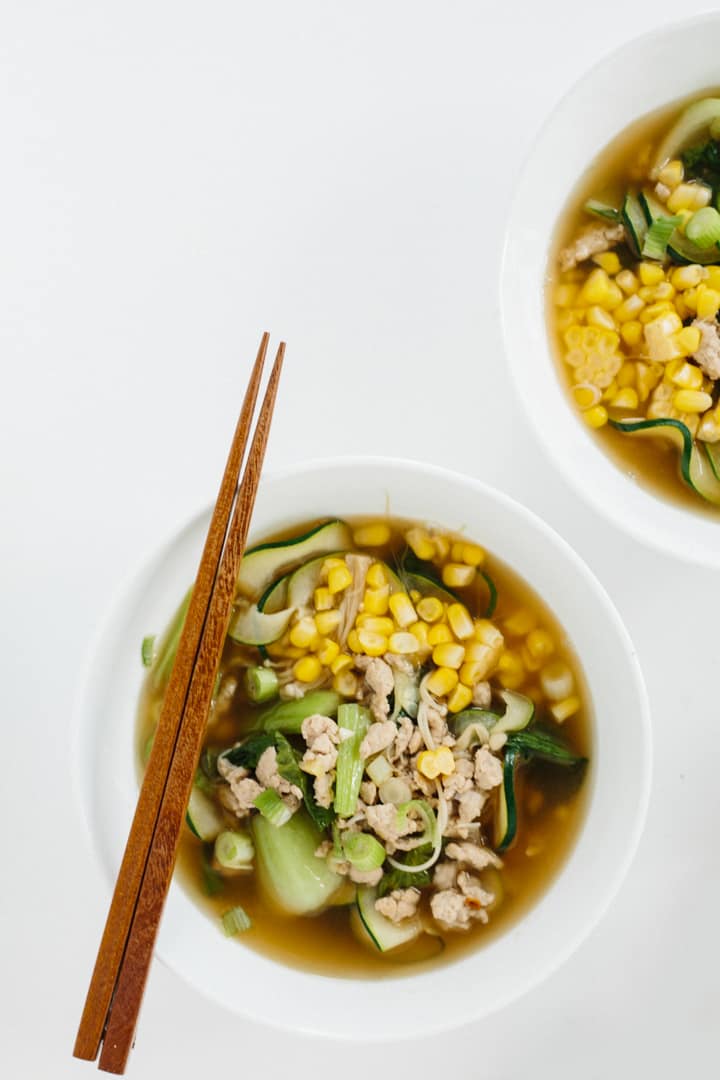 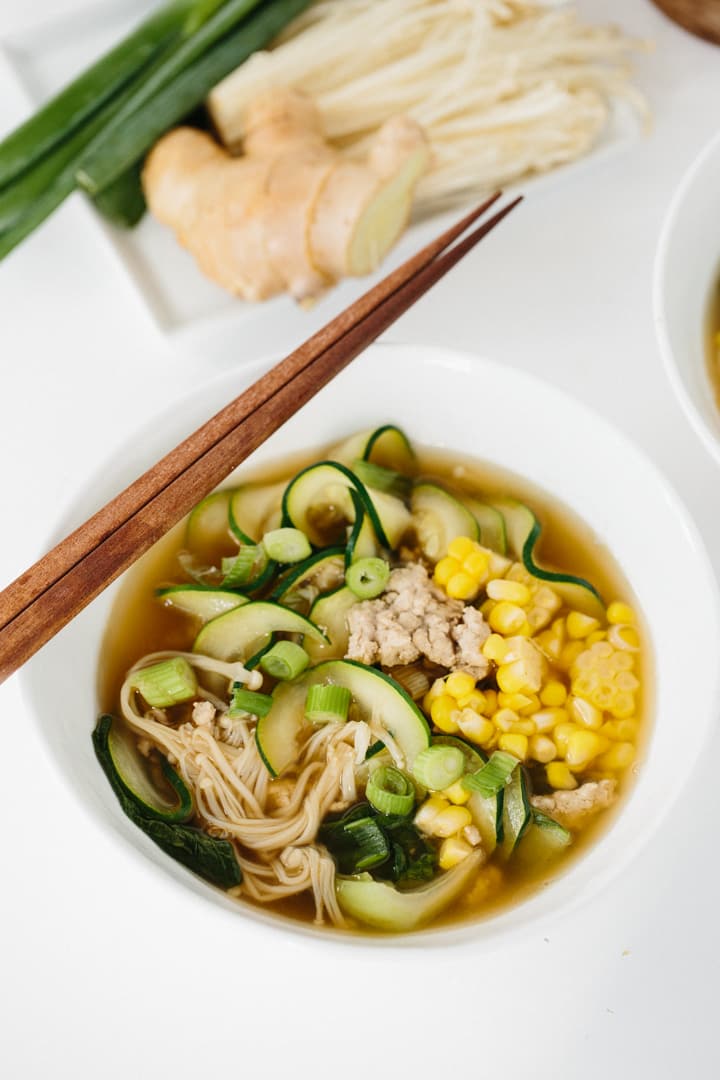 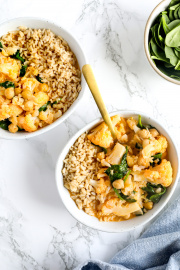 Cauliflower and Chickpea Curry with Spinach