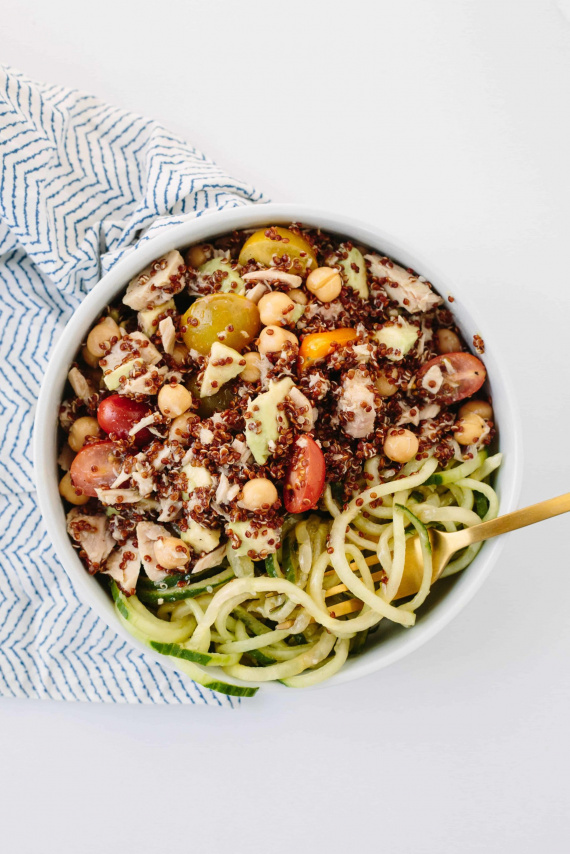 Gluten Free, Bowls, Salads, Noodles, Seafood, Cucumber
Get ready for meal prep-friendly spiralized meals. Meals that you can bring to work for...
jump to recipe
share this recipe 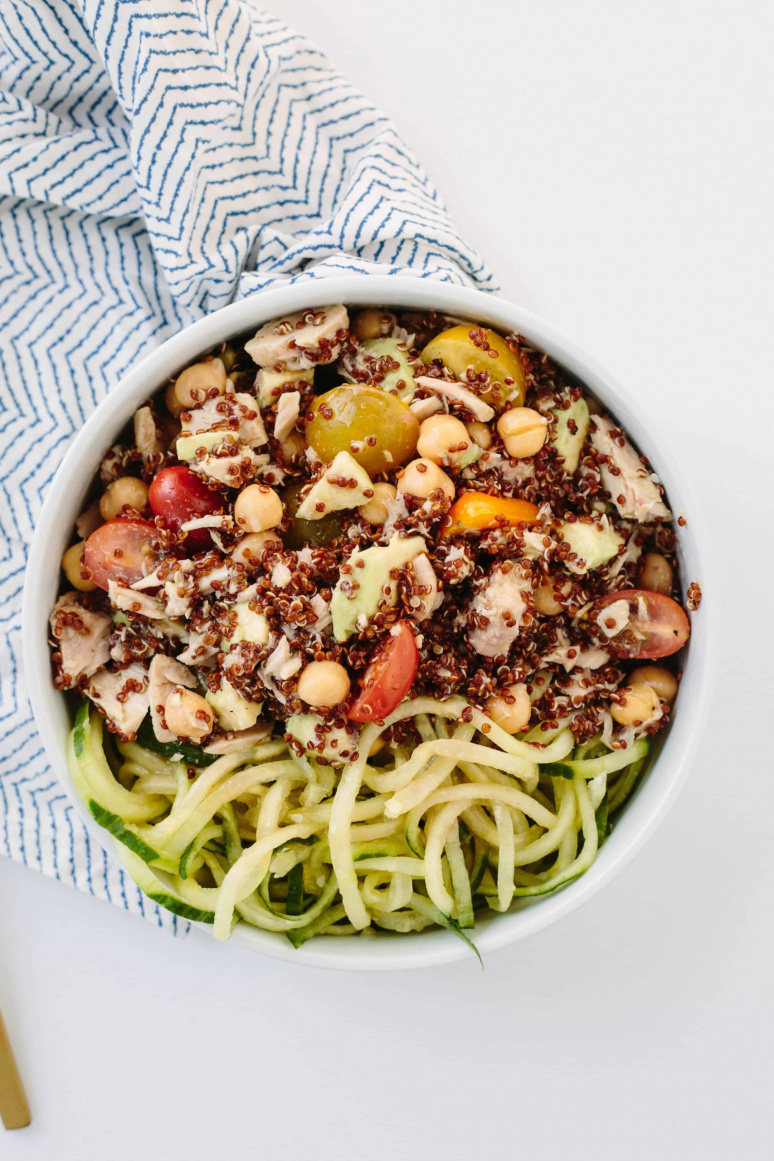 Get ready for meal prep-friendly spiralized meals. Meals that you can bring to work for lunch, especially.

If you haven’t read my post about meal prepping with spiralized veggies, read it here.

Now, let’s get to our first “packable” spiralized recipe, a high-protein, refreshing salad with cucumber noodles.

I actually originally got the idea for this salad, based off a recipe I found in Cooking Light magazine. They had a “Tuna-Quinoa Toss” salad with green beans that I immediately wanted for lunch. 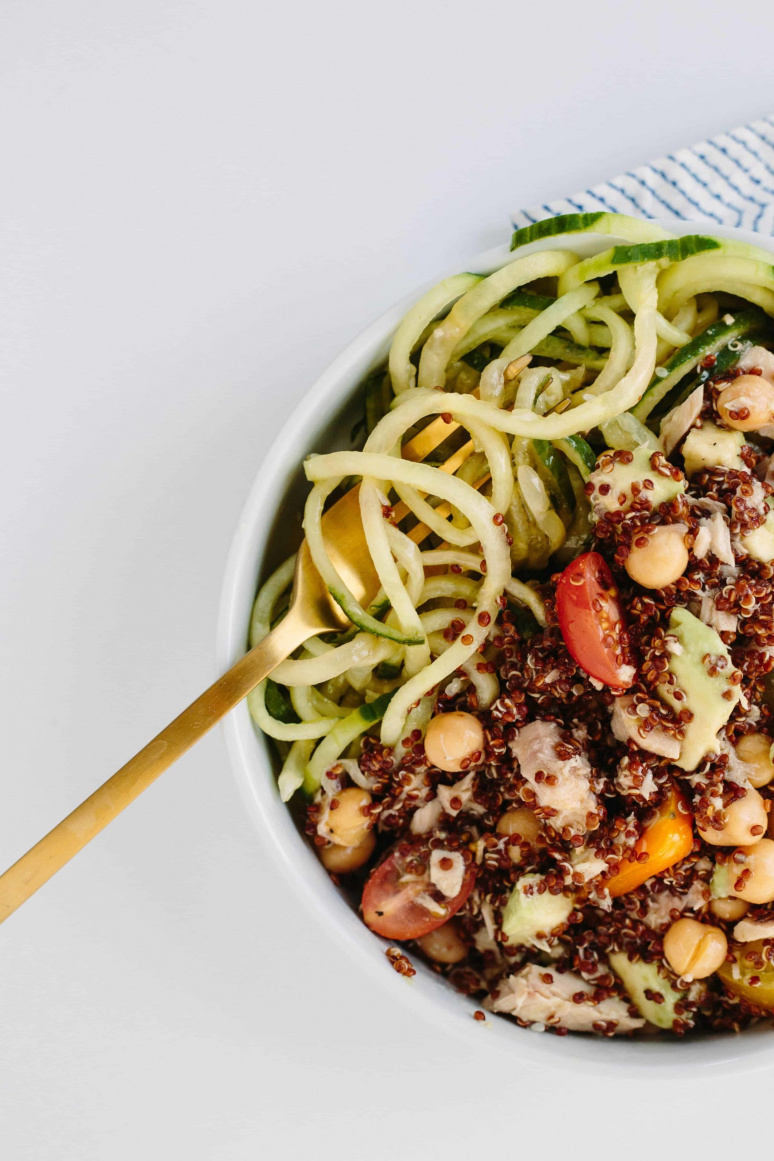 So, what’s a girl to do? Multi-task by turning the dish into something #inspiralized, so I could share it with you all! Plus, everything’s better when it’s spiralized anyways, don’tchya think?

You may notice that the cucumber noodles release moisture the longer they sit. If you’re meal-prepping, to avoid a soupy mess, don’t pour the dressing over the noodles when you pack it away. When you go to eat, just toss the container together and enjoy. 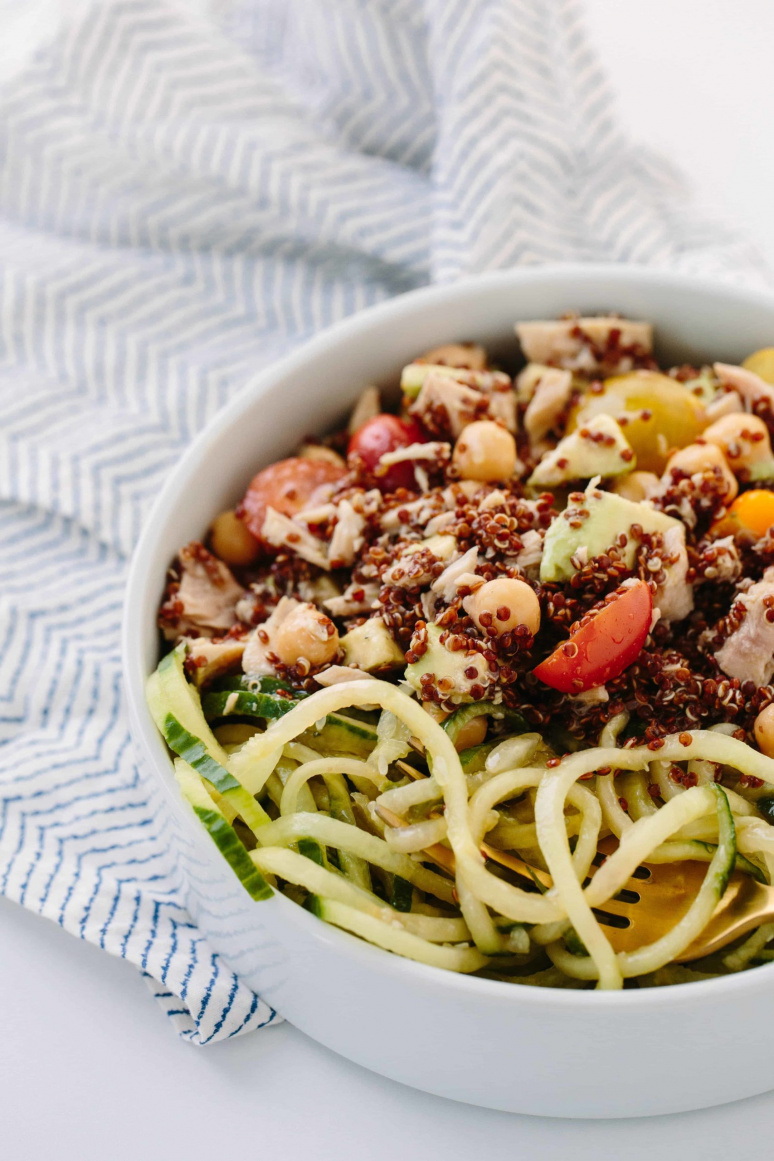 This original recipe in Cooking Light called for feta and green beans, which would be another welcome addition, but this way, it’s easier to prep, a bit healthier, and more fun to make! 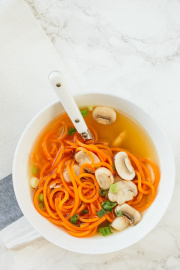