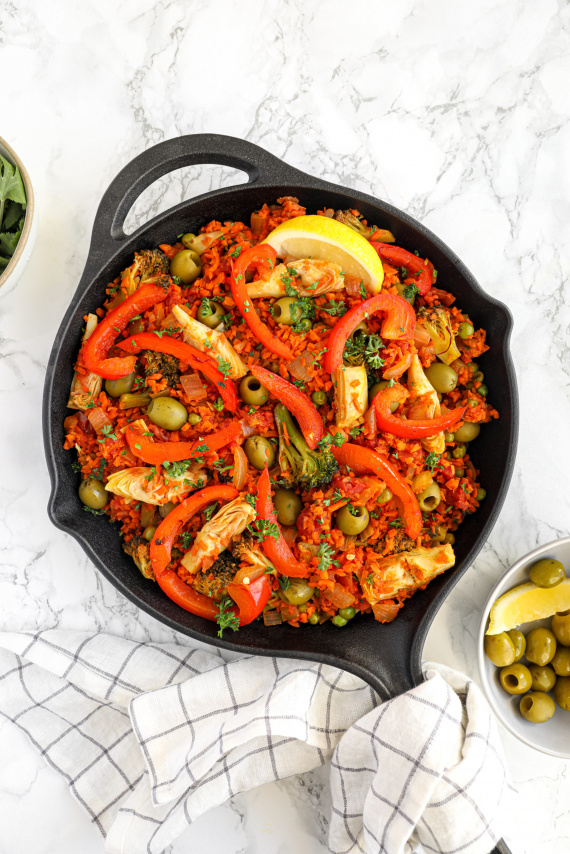 Dairy Free, Gluten Free, Paleo, Vegan, Vegetarian, Carrot
This paella inspired dish uses spiralized carrots that are pulsed into rice-like bits for a texture and flavor that's just like paella, but a grain free way to enjoy this classic Spanish dish. With a vegan twist, this veggie packed meal has exotic flavors with an easy preparation.
jump to recipe
share this recipe

One of the first dishes I made vegan back in 2008 when I “went vegan” for three years was paella. Paella is such a flavorful, rich, and beautifully textured dish and I wanted to recreate those same robust flavors and textures. 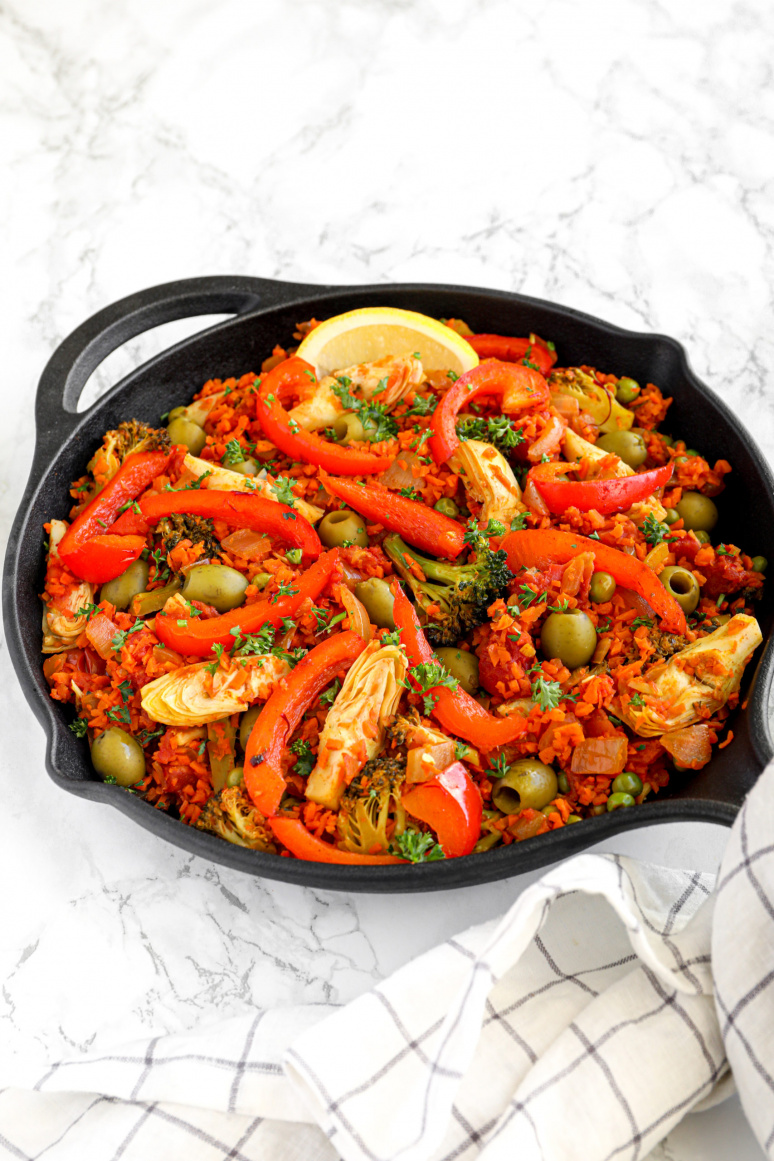 You’ll be amazed by how similar to paella this dish tastes – it only takes a few simple seasonings like paprika, cayenne, and saffron to give this recipe that classic flavor. Some simple vegetables like bell peppers and artichoke hearts give the paella heartiness and olives give each forkful that much needed saltiness that you’d get otherwise from a meat or seafood.

Of course, the real star here is the carrot rice. Now, if you can’t find carrots large enough to spiralize, simple chop them into small cubes and pulse them in the food processor until rice like – that’ll do. Otherwise, this would work beautifully with sweet potato, golden beet or butternut squash as well. The spiralized rice soaks up all the delicious flavor in this recipe and makes for a tasty meal. 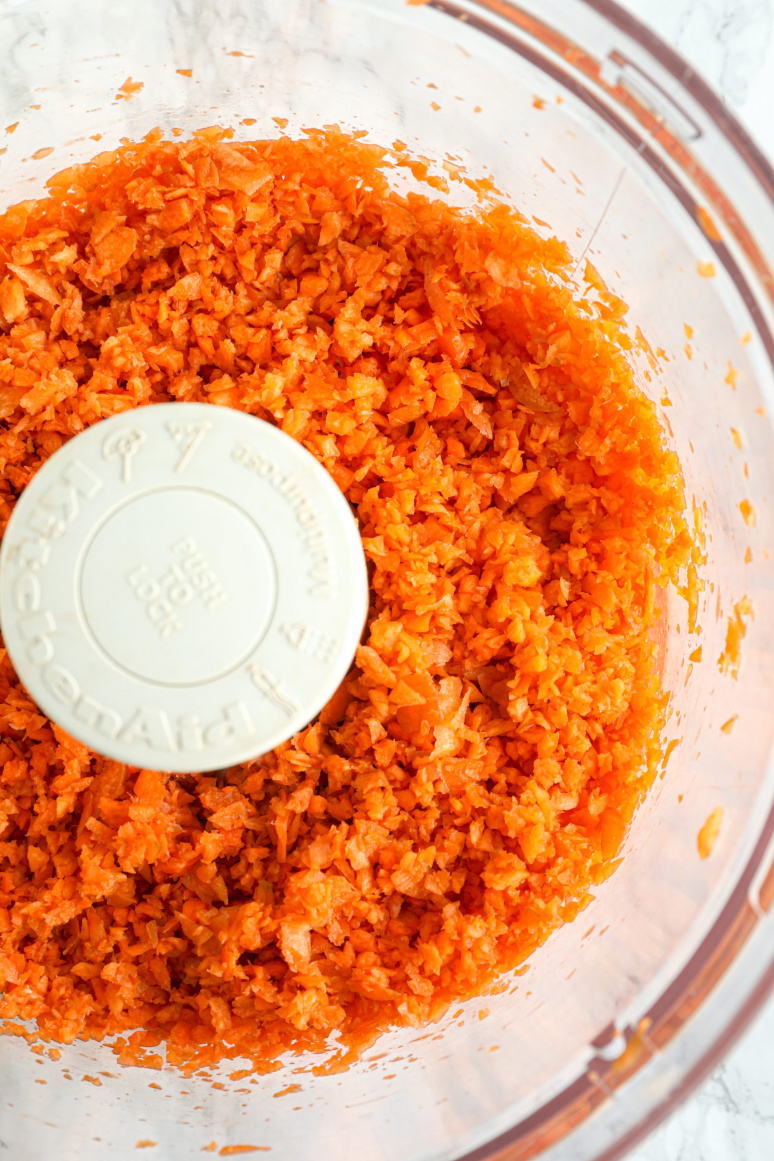 And as a bonus point, since this is a vegan paella, it saves well in the refrigerator! Did someone say meal prep?

Watch our video to learn how to spiralize a carrot using the Inspiralizer and subscribe to our YouTube channel to watch more videos: 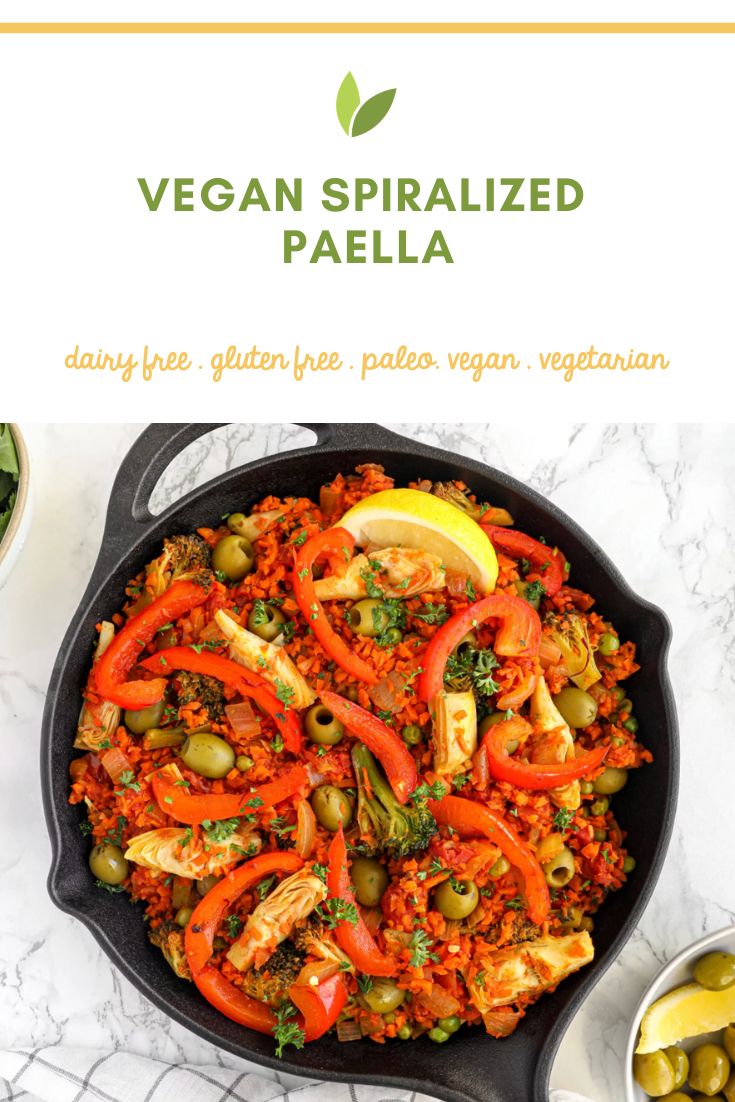 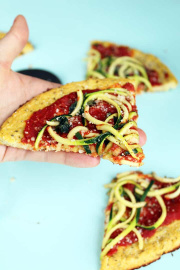