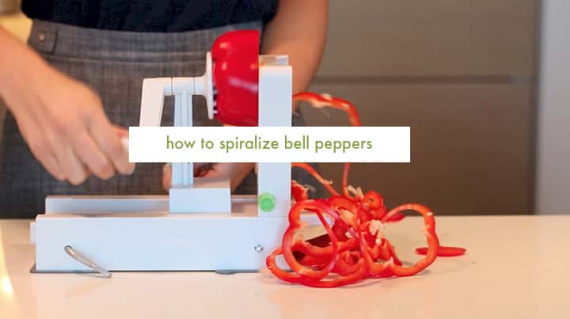 Video: How to Spiralize Bell Peppers 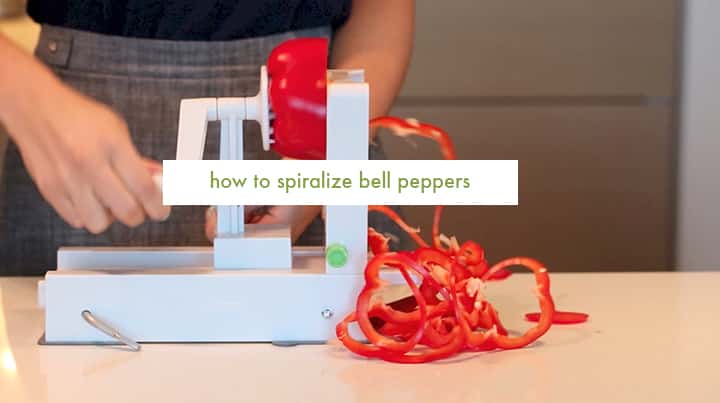 Next time, before you grab that knife to slice up that bell pepper for a stir fry or a salad, grab your spiralizer instead!

When I first started Inspiralized, I would spend weekends at Whole Foods, discovering new vegetables to spiralize. I tried spiralizing every vegetable and fruit under the sun – even artichokes (massive fail, by the way.)

Since then, every time I see a new vegetable at the supermarket that I’ve never heard of, I grab a few and spiralize them. Pretty much, I’m always doing spiralizing research to come up with creative ways to use the spiralizer.

At the very beginning, I did spiralize bell peppers, but I found the process so messy, that it turned me off to spiralizing bell peppers. Not until recently did I decide to start spiralizing my bell peppers for salads and stir fries instead of slicing them.

It’s super simple to spiralize a bell pepper, as you’ll see in the new video at the end. All you need to do is:

Once you reach the seeded core of the bell pepper, you’ll notice that the spiralizer starts making that big mess – the seeds go everywhere. Just be prepared to pick up seeds and discard the seeded core from your bowl of bell pepper noodles!

Enough talk, time to watch! Please leave a comment in this post if you have any requests for future videos (ie “More recipe videos” or “More tips and tricks”!)