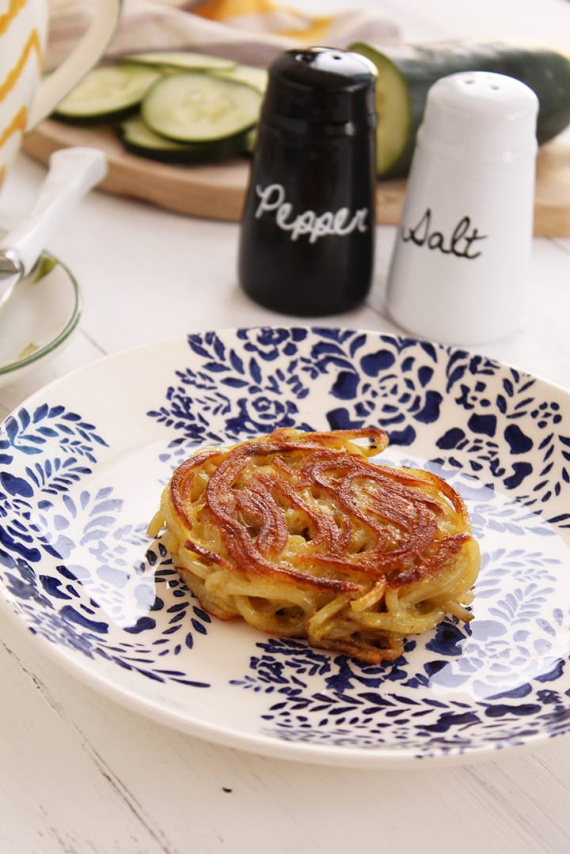 Recipe by Vegetables, Vegetarian, Breakfast, White Potato
It’s funny to me how “whipping” a cheese can totally change it. All I did...
jump to recipe
share this recipe 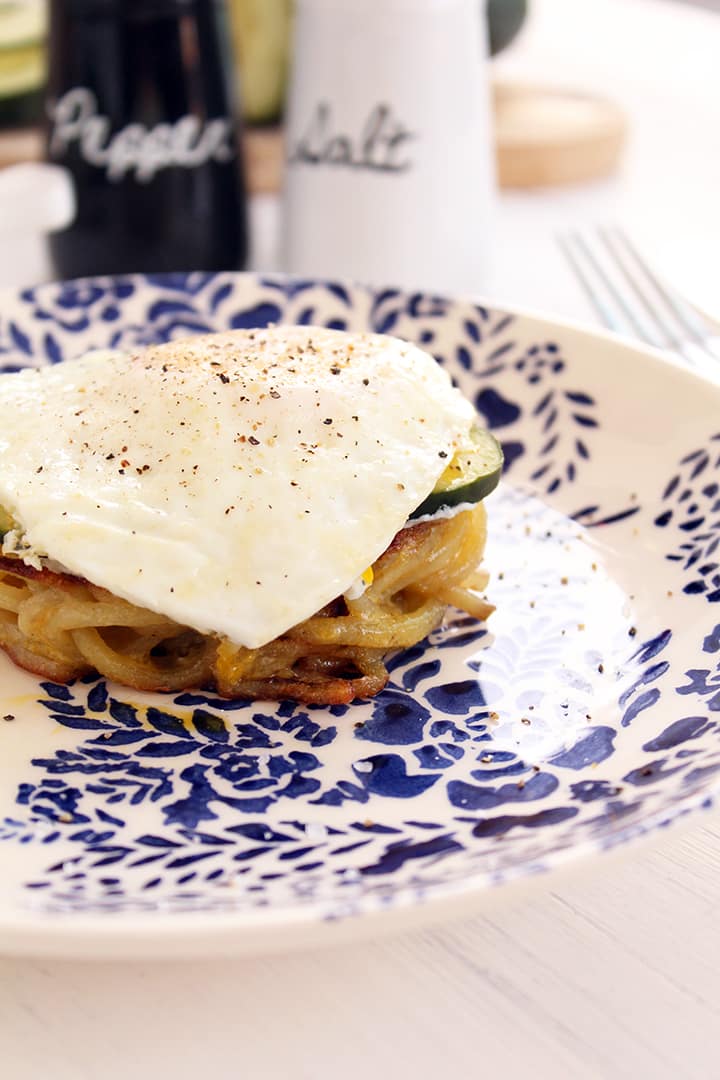 It’s funny to me how “whipping” a cheese can totally change it. All I did was put some goat cheese and dill in a food processor and pulse until “whipped.” Took about 15 seconds, all in. But man, is whipped goat cheese heavenly!

I love dill pickles, but I never really thought to add the dill herb to anything until I went to Greece and had delicious tzatziki sauce (hence the inspiration behind my tzatziki zucchini pasta). Missing Greece lately on account of the chilly wintry weather, I decided to get dill back up on the blog. In whipped goat cheese. Mmm.

Let’s talk about the cold weather before we get to the recipe. I feel like I’ve become so sensitive to the cold. Is that something that happens as you age? I guess so! It’s either that or the fact that I spent 2005 – 2009 at college in North Carolina, where the winters are much milder. 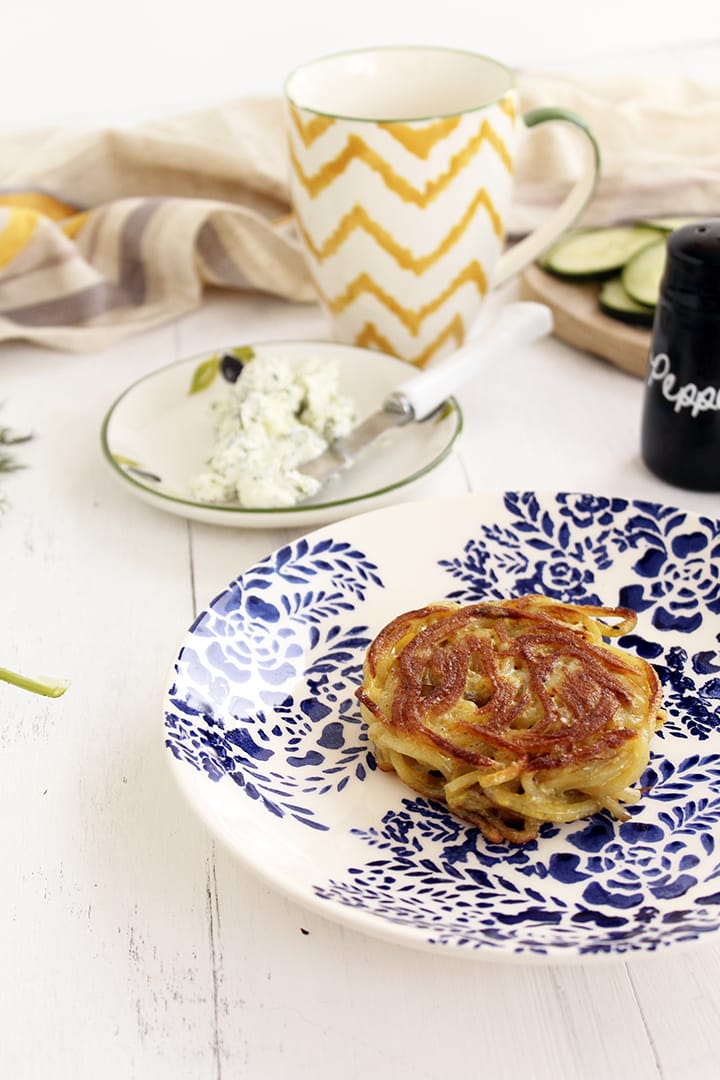 A couple weeks ago, I was out shopping in SoHo and my jacket caught on an edge of a display in a crowded store (you’re always packed like sardines anywhere in SoHo) and ripped it open. Down feathers were pouring out everywhere, it was quite a mess. 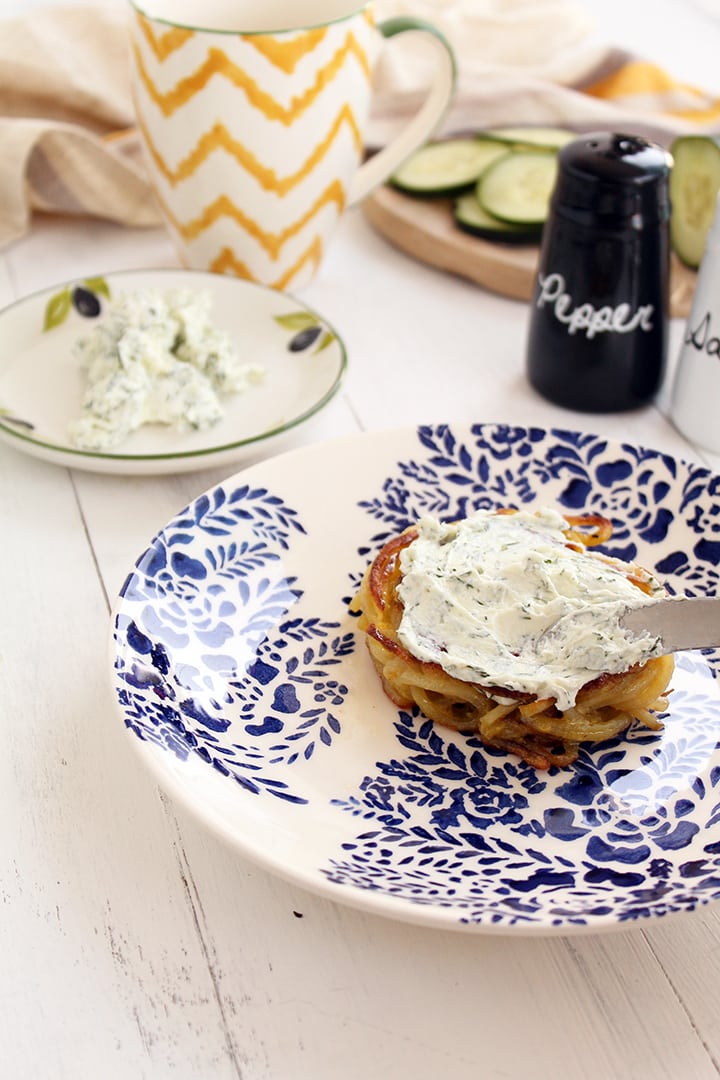 My first thought? “Oh no! How will I ever leave the house without a jacket?” Time to buy a new one. 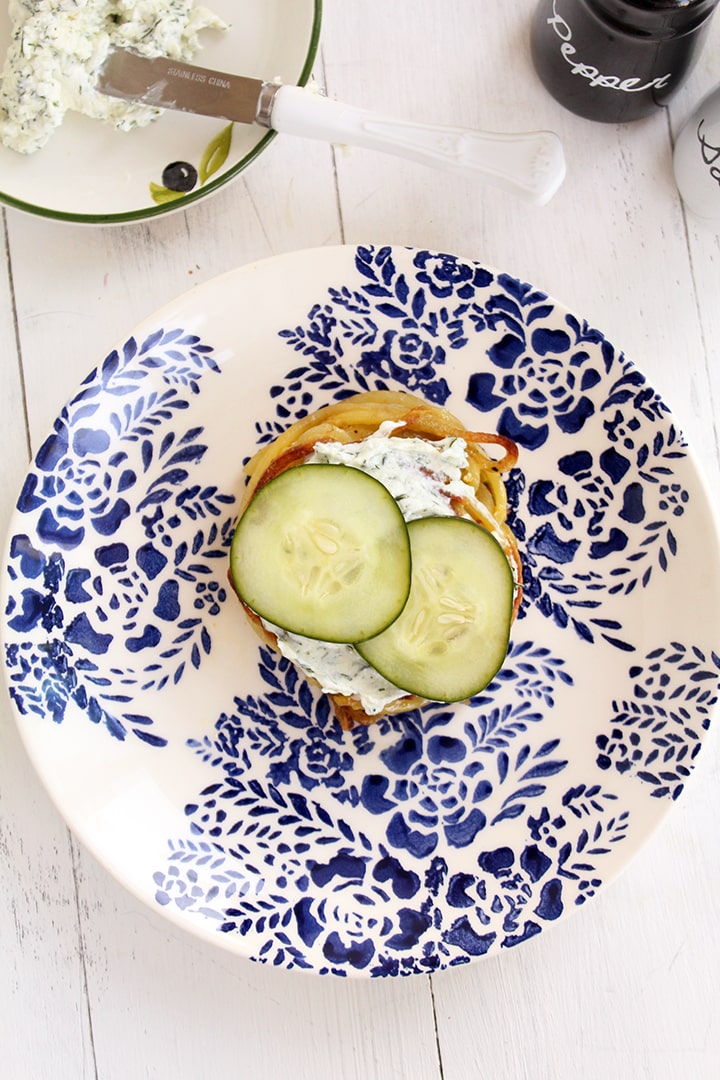 Ugh. This blog post would never even happen if I lived in California. Oh, a girl can dream. 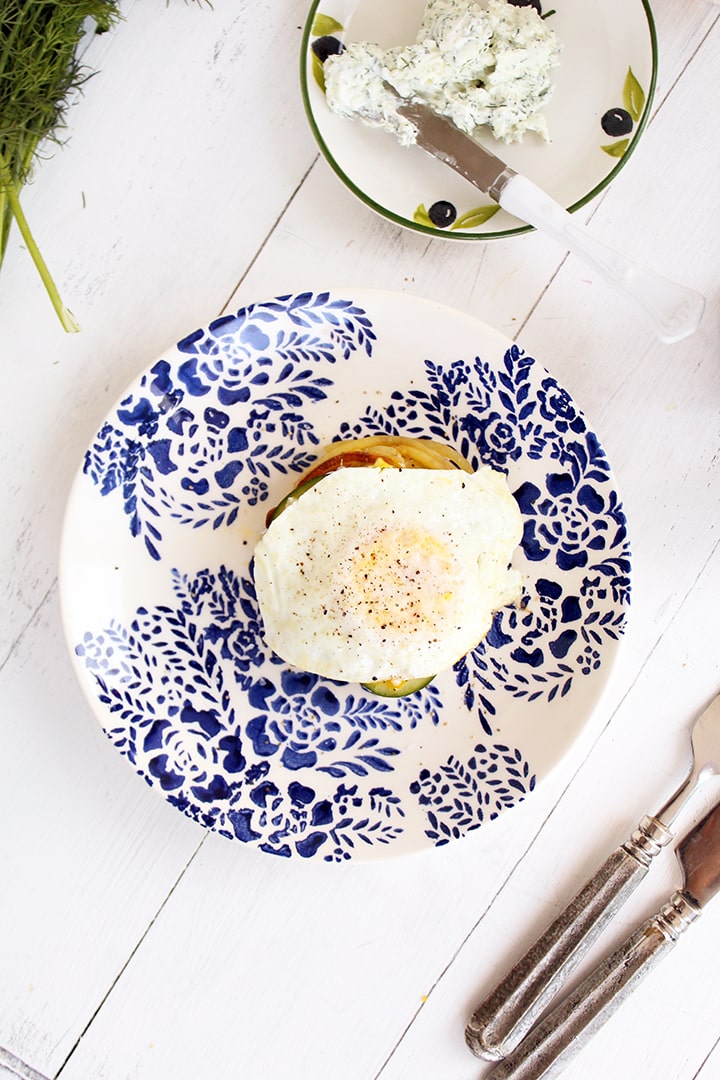 As for this recipe, it’s unsuspectingly wonderful. As I mentioned before, whipped goat cheese is luxuriously soft and creamy and when spread over a Yukon gold potato noodle bun, it melts divinely. The saltiness of the noodle bun with the mildness of the goat cheese is outstanding. 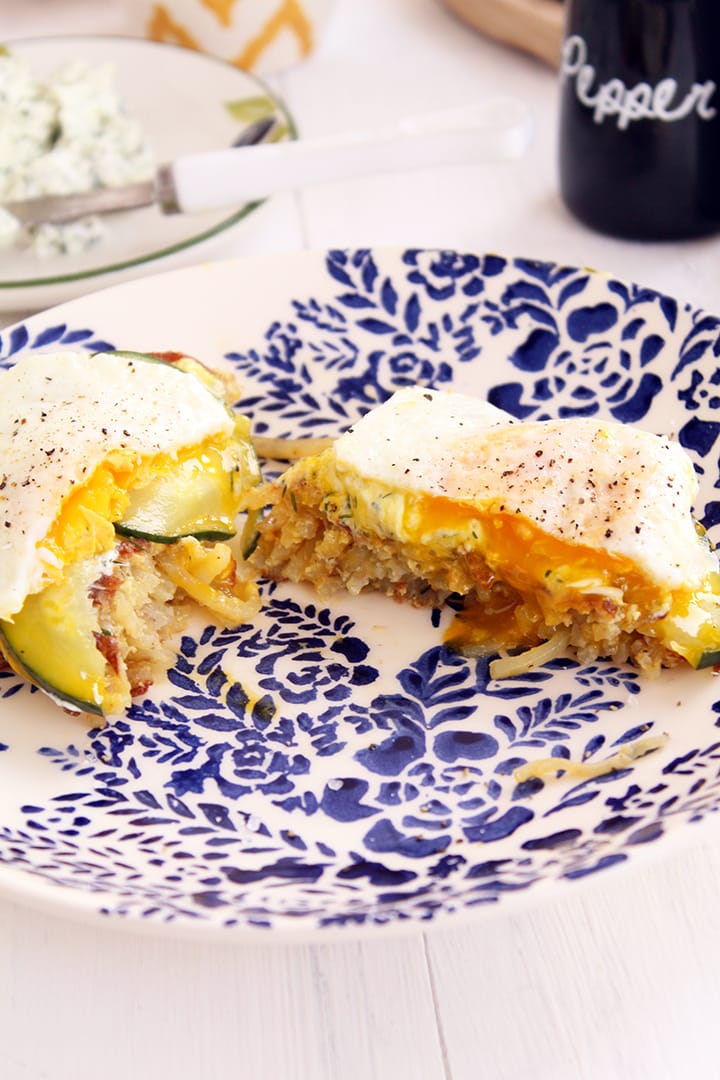 Then comes in the egg over easy. Wow. When you cut into that egg and the yolk spills over the bun, it’s just… wow. The cucumbers come through for a refreshing crunch and pair nicely with the dill. 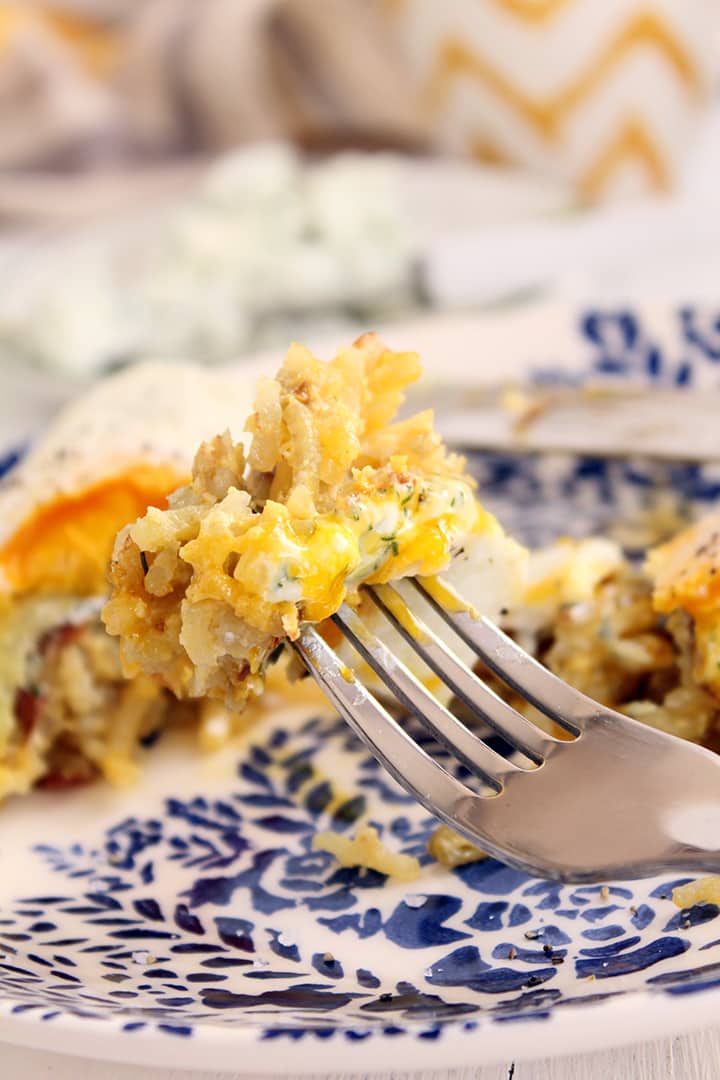 Oh, and here’s my video on how to make the bun (just use Yukon gold potato noodles instead of sweet potato, obviously). 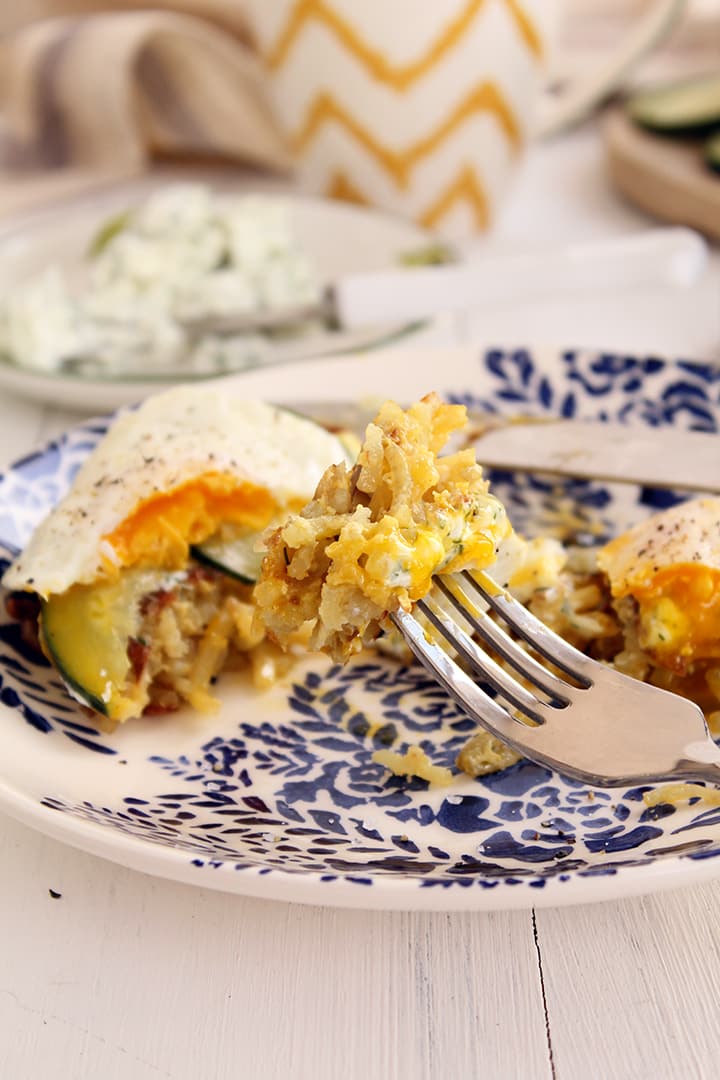 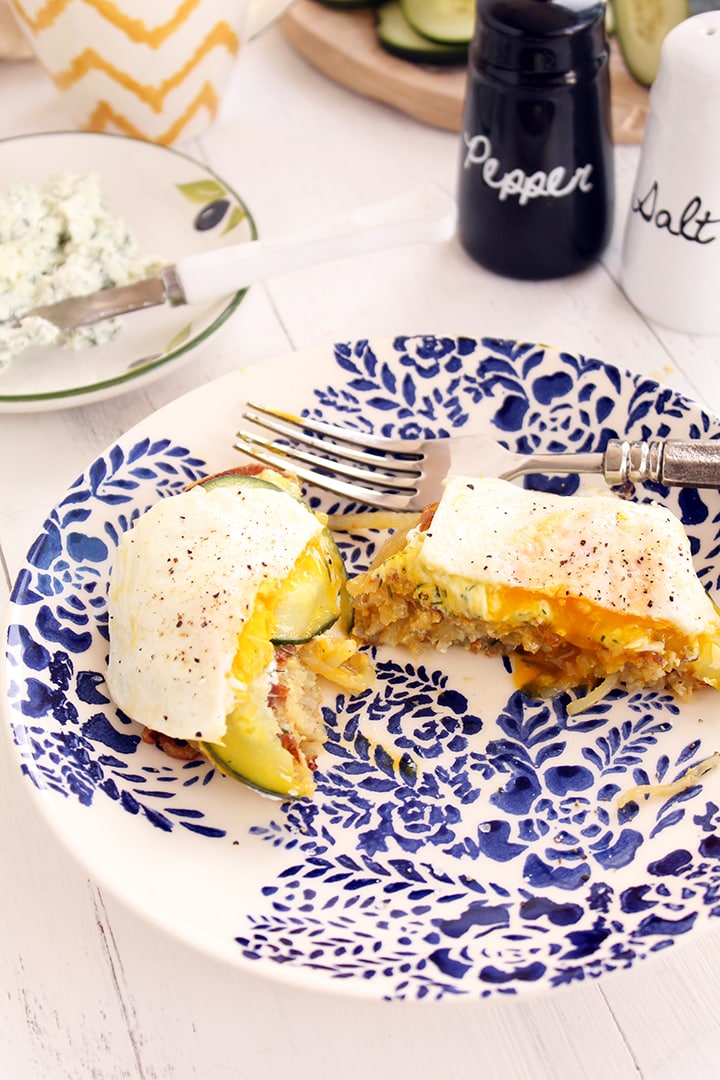 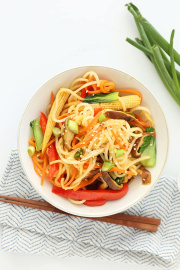