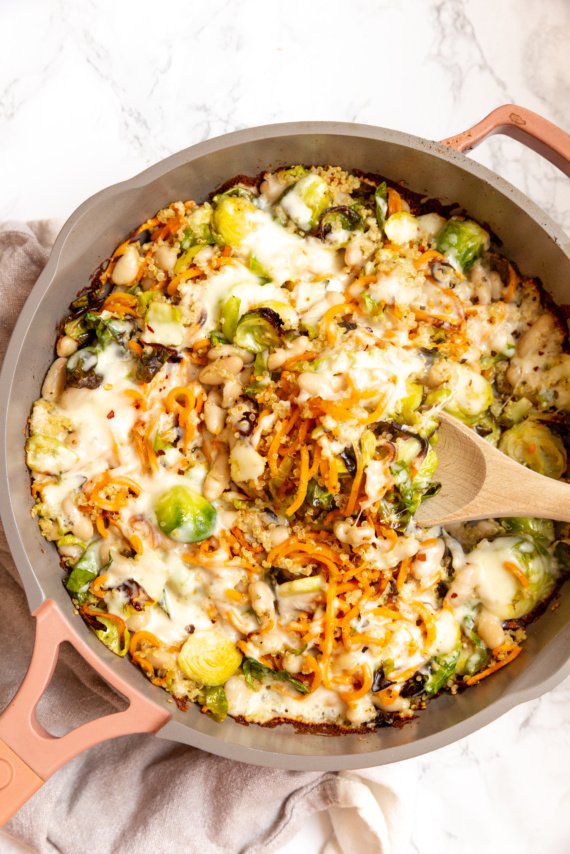 Spiralized sweet potatoes made in the air fryer alongside Brussels sprouts make for a nutritious meal that’s packed with flavor and amazing texture.

You may notice some similarities between this recipe and this Chicken Sausage and Brussels Sprouts Sweet Potato Noodle Skillet recipe from years ago. That’s because I’ve made a vegetarian version of it!

Instead of chicken sausage, we’ve got cannellini beans and quinoa, which add just as much of a protein boost as the chicken does! So, whether you’re a vegetarian or not, this is a filling skillet meal. 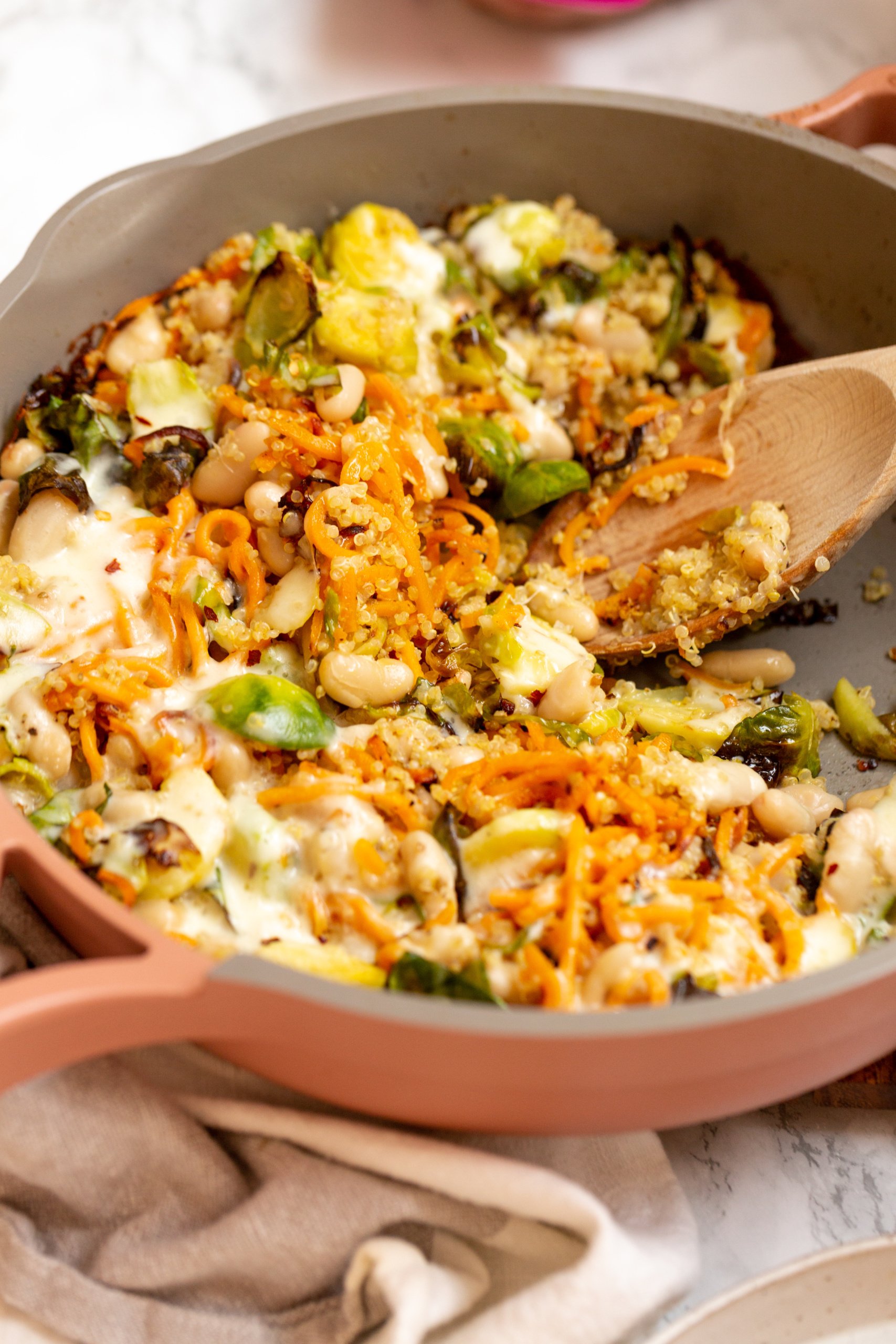 You can switch this up and add different flavor here, so the skillet never gets boring! For example, you can give this a Mexican flare by using black beans instead of cannellini beans, shredded Mexican cheeses instead of mozzarella and using some taco seasoning instead of just oregano. Top with avocado and you’ve got yourself a new dish!

I love making sweet potato noodles in the air fryer, because they get a nice crisp to them. While they are less “pasta-like” this way, they’re just an enjoyable way to eat sweet potatoes. They’re more like shoestring fries!

What other recipes of mine should I vegetarian-ize?! 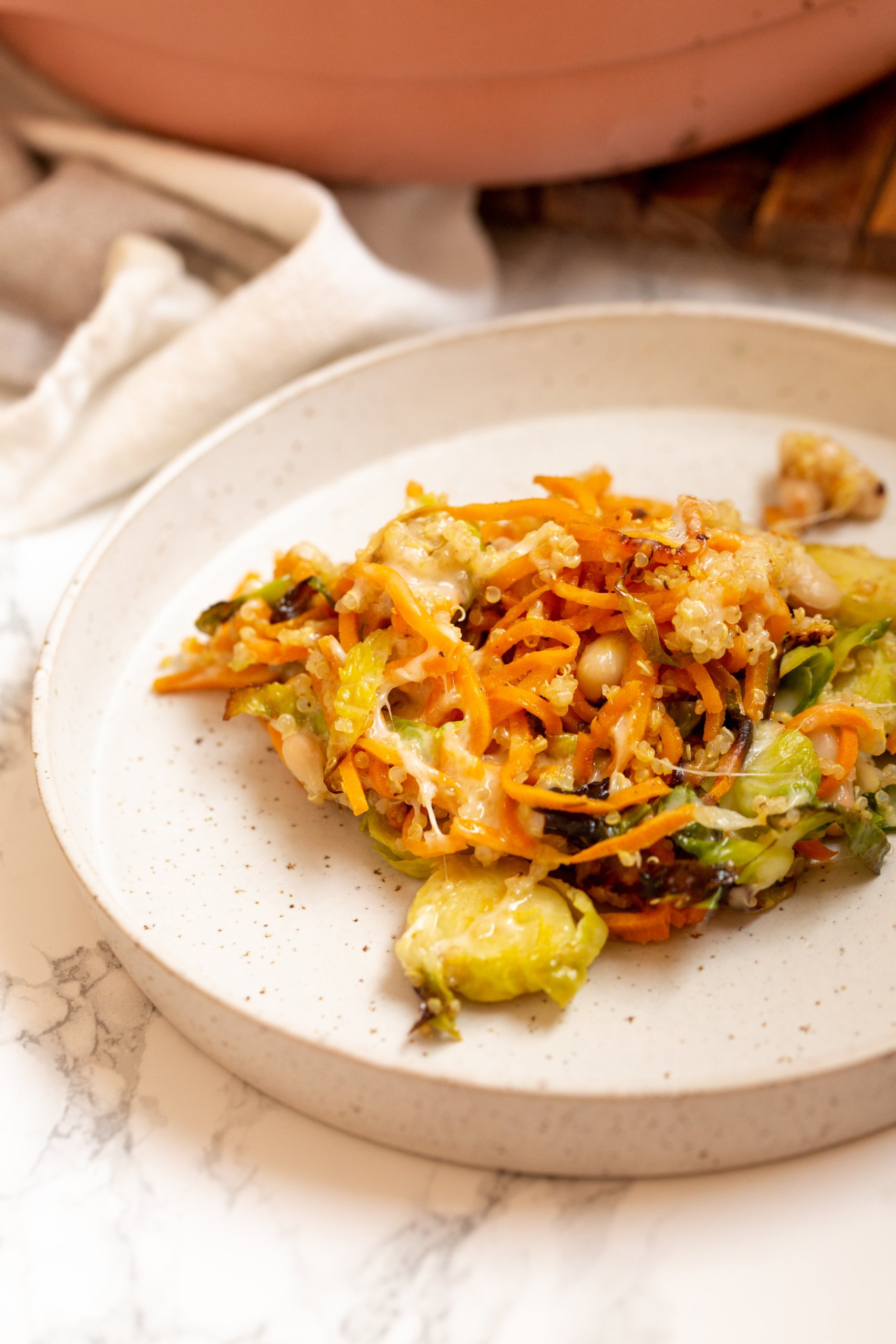 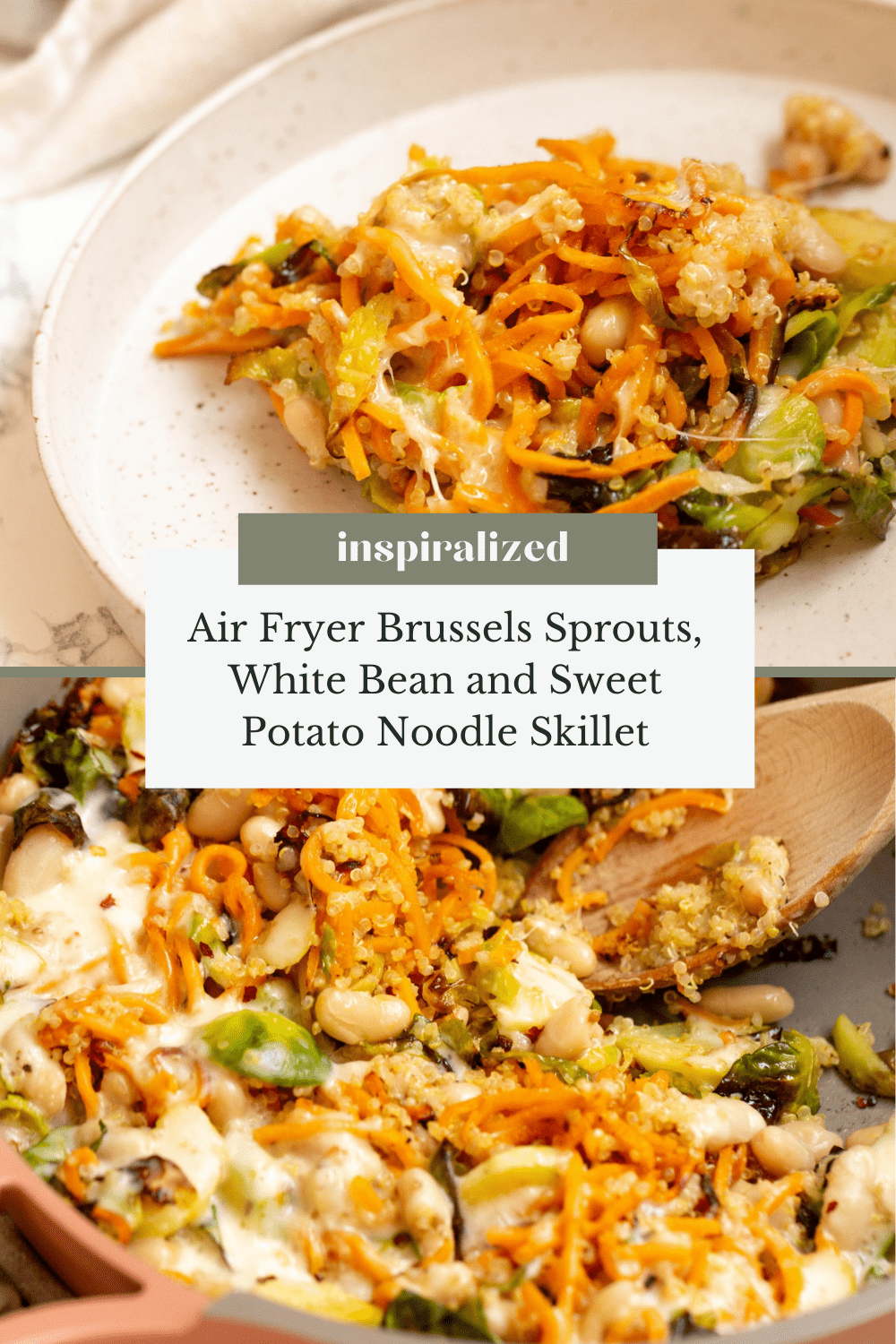 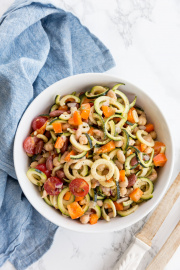