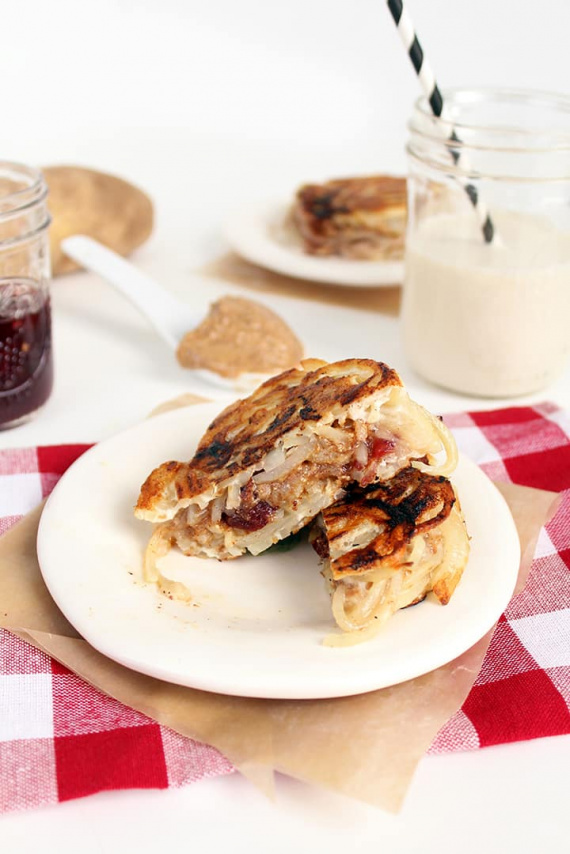 Recipe by Vegetables, Gluten Free, Pizza & Sandwiches, Potato
I’ve been up for the last hour trying to get WordPress to work. It’s being...
jump to recipe
share this recipe 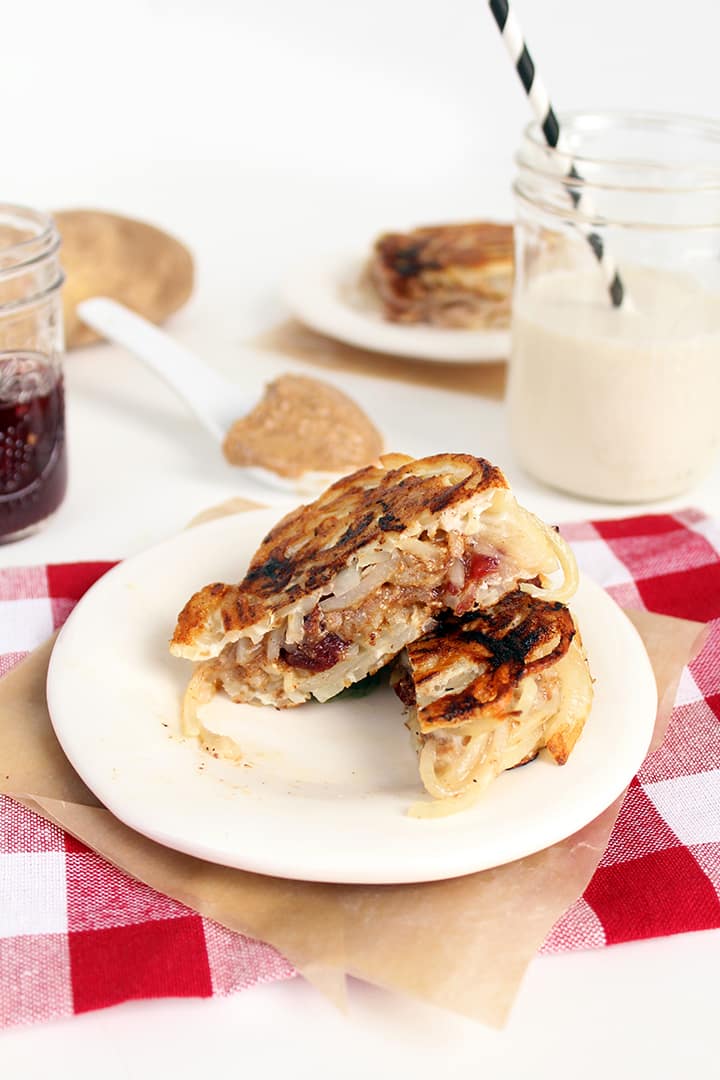 I’ve been up for the last hour trying to get WordPress to work. It’s being very finicky today. The only thing it will let me post is something in “Draft” mode. Well, I keep all of my “blooper posts” in “Draft” mode.

What’s a blooper post? It’s something that I’m most likely never going to post, because I didn’t think the pictures came out well enough. 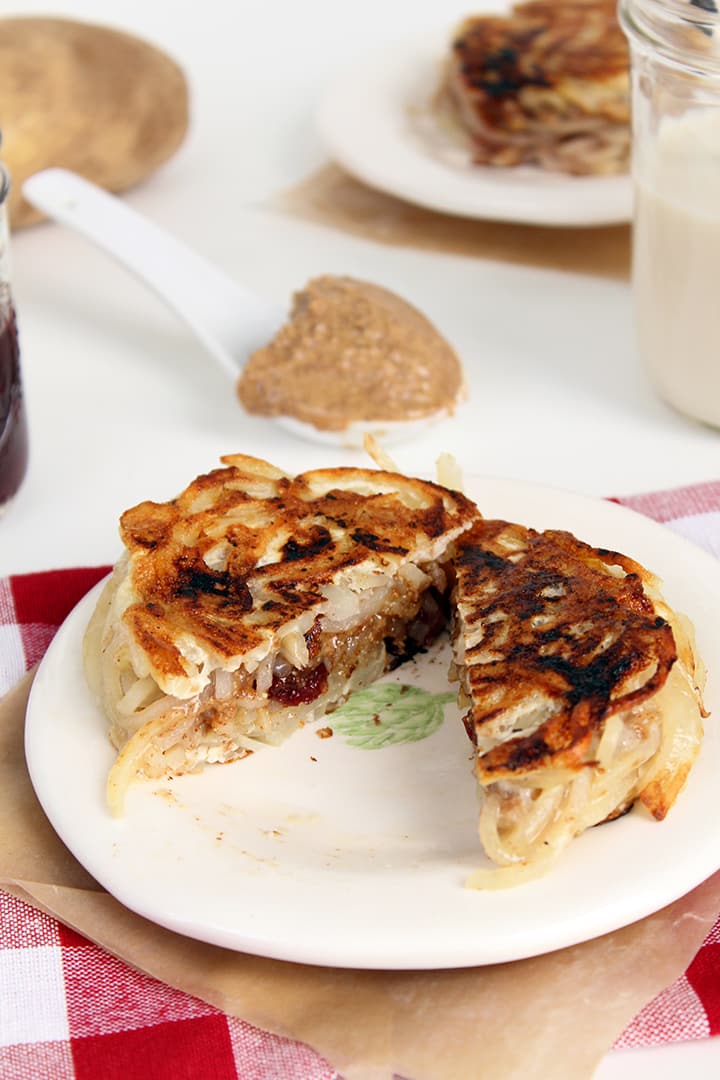 I think that if I had used sweet potato noodles here (and you totally can), instead of regular white potato noodles, it would have photographed a little better.

My original idea was to make a “Paleo PB&J” but I wanted to use potato noodles. I Googled for probably about 45 minutes to find an answer on if potatoes are Paleo or not, and just became more confused.

To all my Paleo readers out there – are potatoes Paleo?

I’m confused because, if Paleo-ism is mainly based off of things you could forage off the land, wouldn’t potatoes be included? 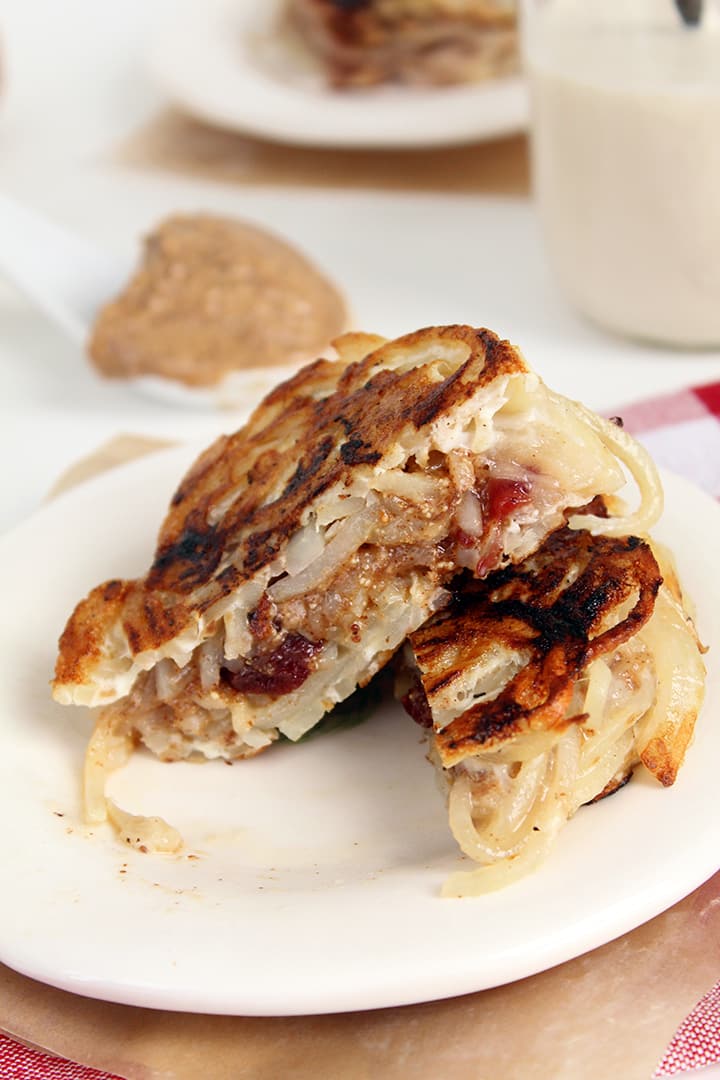 Anyway, when you bite into this bun (whether you’re Paleo or not), you’re going to be brought back to your childhood days of lunchtime, when you’d open your lunch bag to see your mother’s perfectly square PB&J sandwich with the crusts gracefully cut off.

You make the potato noodle just like you would the sweet potato noodle bun, but I obviously used potato noodles and subbed in egg whites instead of the whole egg, so the noodles wouldn’t get yellowed. Plus, the binding proteins are in the whites. 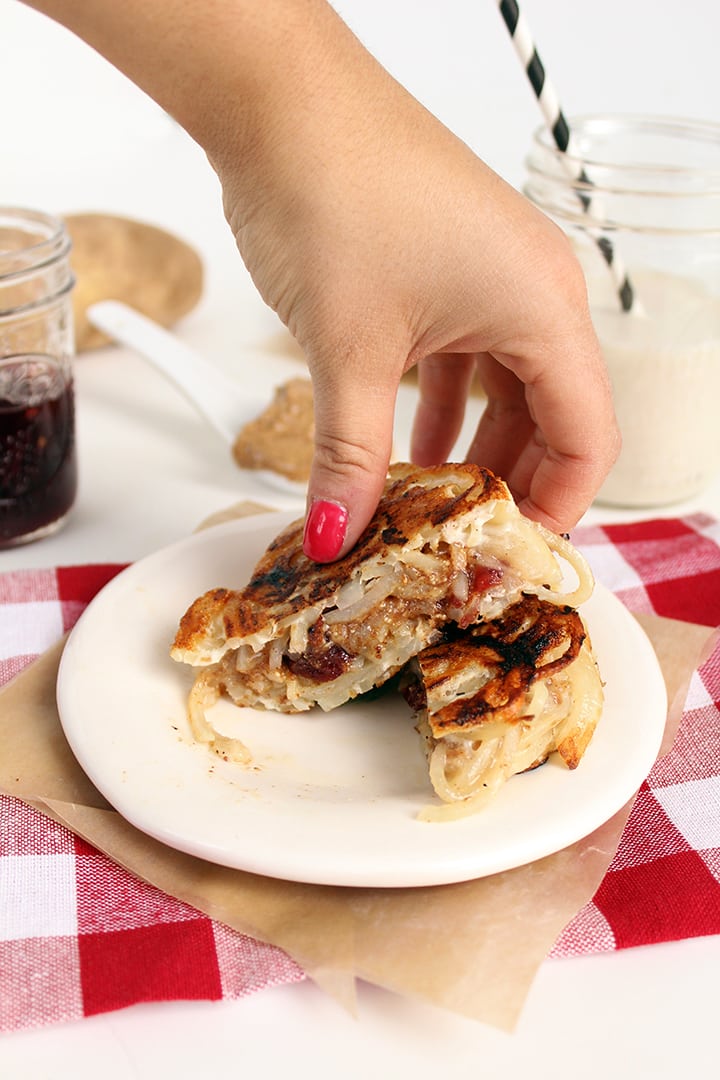 The savoriness of the cooked potatoes with the sweetness in the crunchy almond butter and jelly gives this “sandwich” a thumbs-up.

Here’s the video on making the Inspiralized Bun, in case you’ve never seen it:

What do you think of this almond butter & jelly? 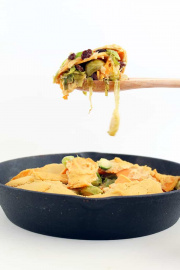