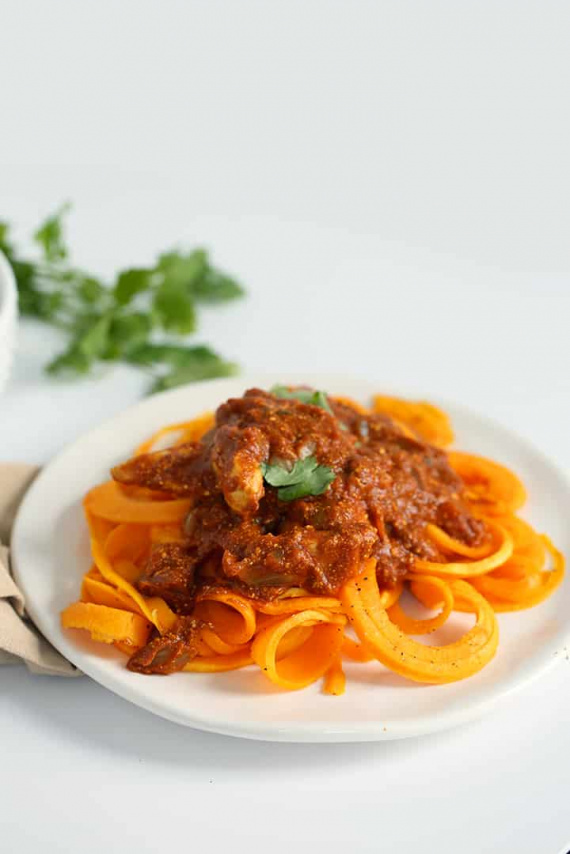 Recipe by Vegetables, Gluten Free, Meat & Poultry, Pasta, Butternut Squash
Sometimes, living with a man can be frustrating. Like yesterday, when I re-made this recipe...
jump to recipe
share this recipe 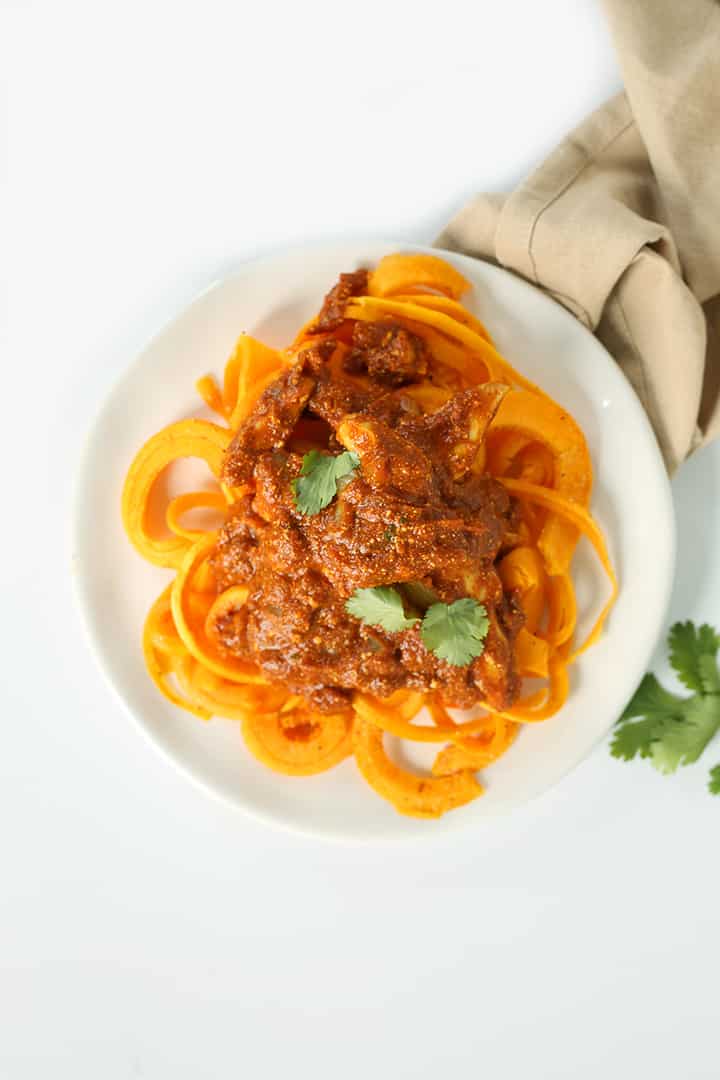 Sometimes, living with a man can be frustrating.

Like yesterday, when I re-made this recipe for the blog, after having tested it a few days before.

Being the newly-organized person I am (cc: New Year’s resolutions), I made sure to order extra Greek yogurt for this recipe.

In the final steps, when I went to grab the yogurt from the fridge to fold into the perfectly simmered sauce, that’s when I realized: Lu had eaten all the Greek yogurt. 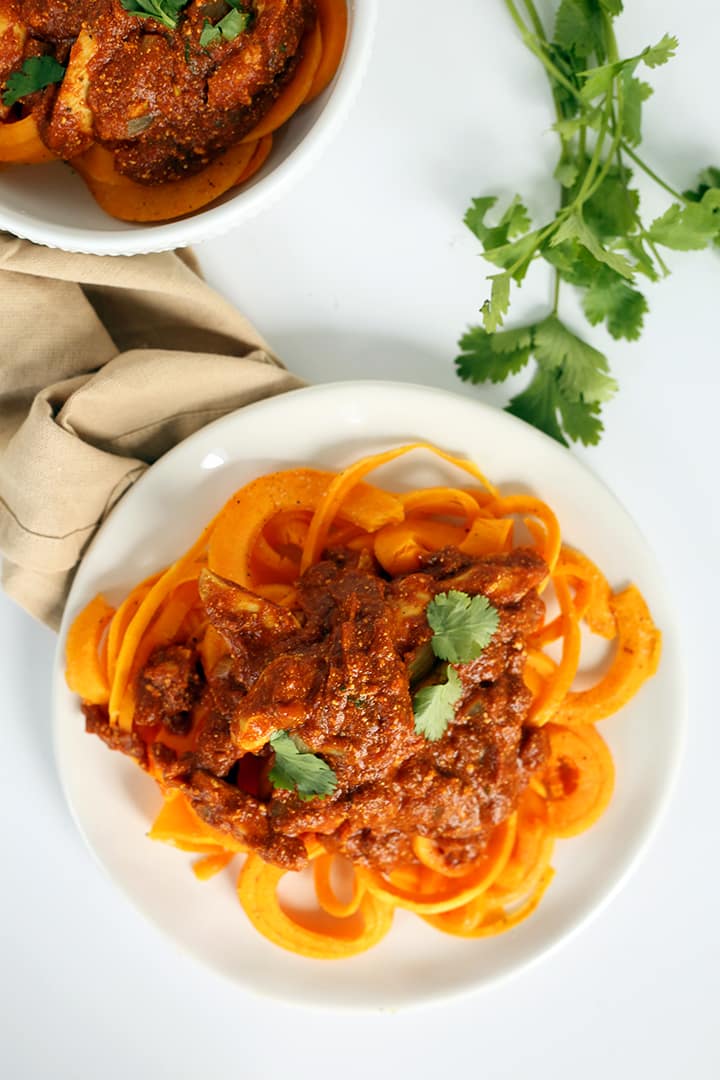 Now, let me preface this story by saying that Lu never eats Greek yogurt on his own. I’ll make an after-dinner dessert with Greek yo, bananas, blueberries, strawberries and gluten-free granola and offer to make him one and he’ll always say, “No, it’s okay,” which I know means, “I don’t want to eat a whole bowl, but I’ll have some of yours – and probably eat more of it than you do.”

Thus, I didn’t think he would open the yogurt himself. Well, I was proven wrong. 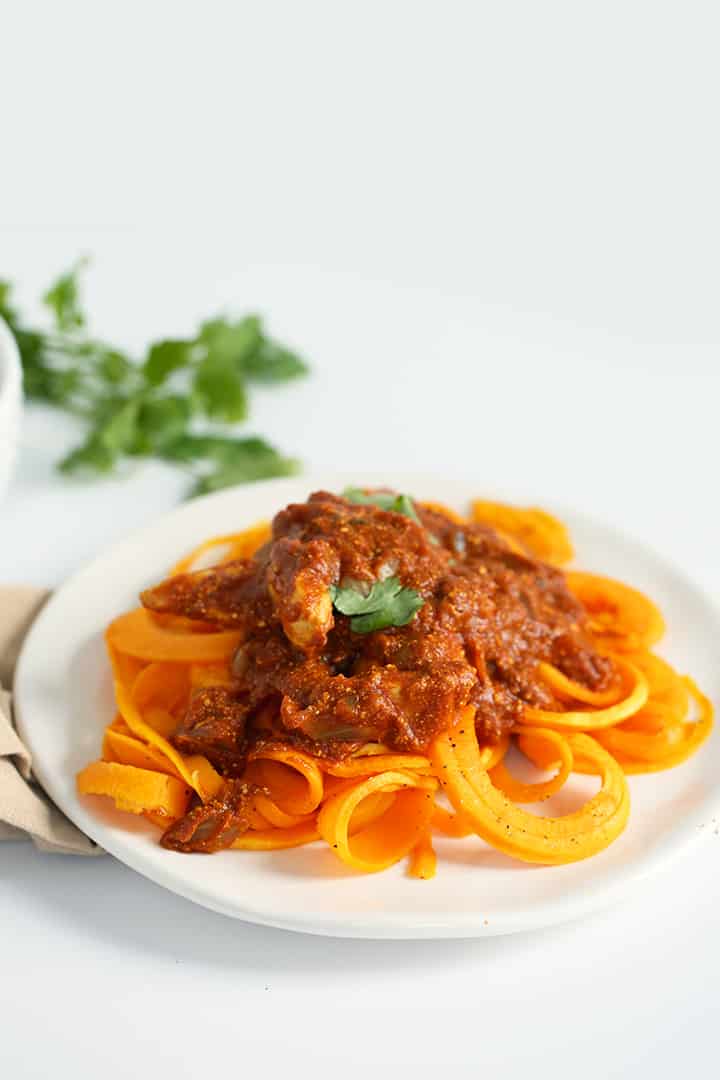 Anyway, I wanted to add something creamy to this recipe so that when I photographed it, it looked true to the recipe. Unfortunately, all I had was ricotta cheese – which tasted delicious, but made the sauce grainy (as you can see in these pictures.) 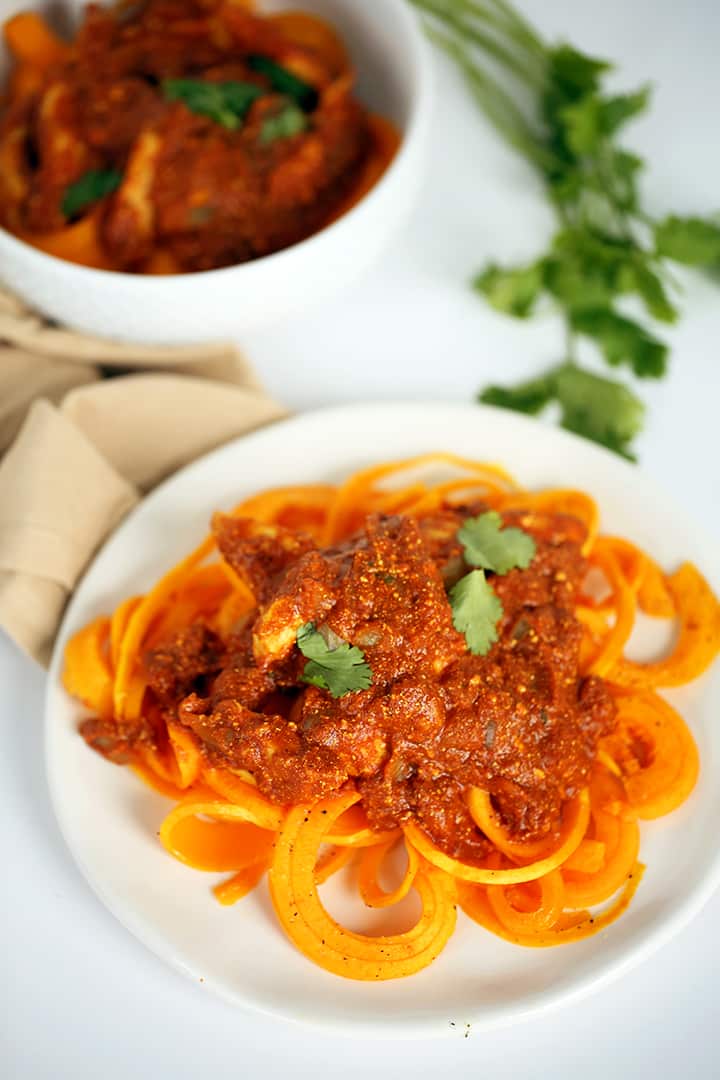 So, when you make yours, the sauce will be creamier, not so coagulated-looking. It will be perfect, as long as your roommate doesn’t polish off the last of the Greek yogurt.

But honestly, this spiralized twist on a classic Indian dish is amazing – the sweetness in the butternut squash complements the strong flavors of the spices. Actually, my inspiration for this recipe was from this Indian butternut squash curry I had in London, when I was there on a work trip a few years ago (in my previous, non-Inspiralized life.)

The chicken adds a lean protein to this meal, but if you’re vegetarian – try tofu or even some paneer cheese! Once you’ve got the sauce down, you can add it on anything (even some spiralized rice!) 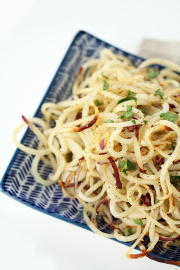