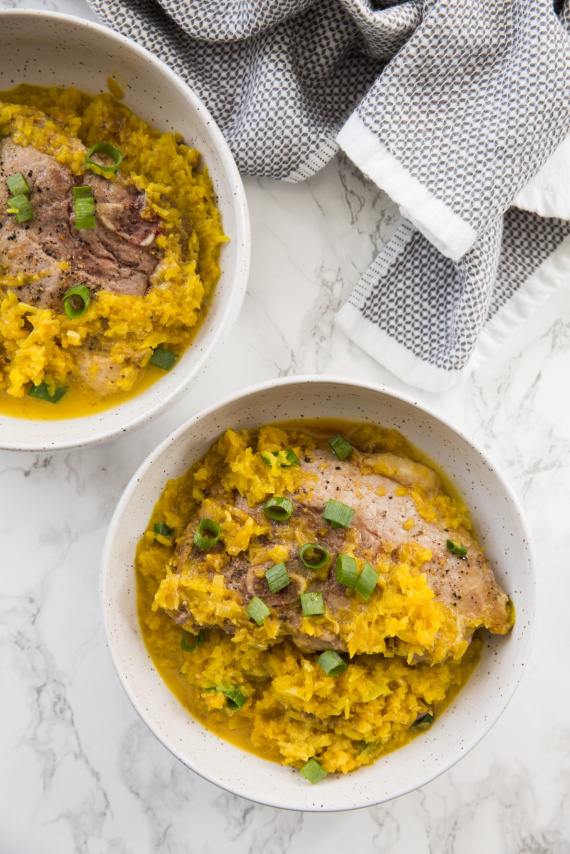 Veggie Rice, Dairy Free, Gluten Free, Paleo, Meat & Poultry, Beet
Golden beets are spiralized and then pulsed into rice in a food processor and then cooked with scallions, ginger, garlic and simmered in coconut milk for a creamy, risotto-like rice dish with juicy bone-in pork chops. Gluten-free, Paleo-friendly, and one pan!
jump to recipe
share this recipe 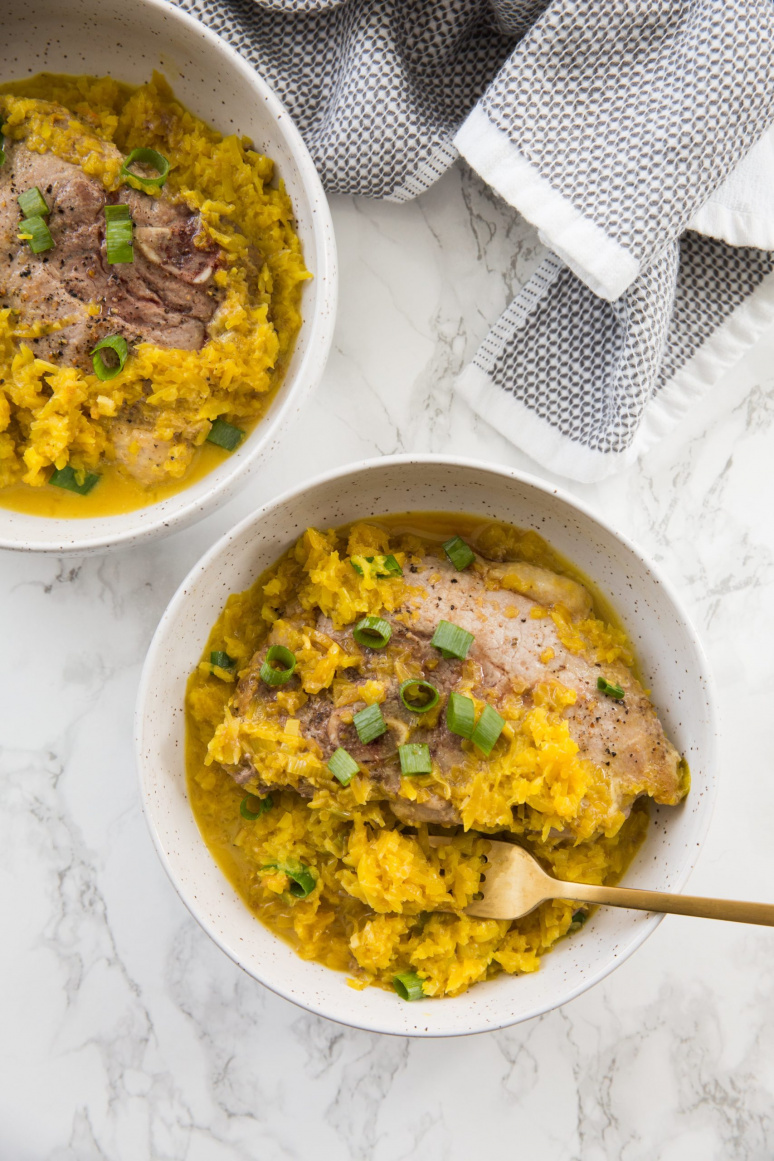 One of my favorite vegetables to rice is beet. Golden beets are great, because they’re less mess than red beets. Right now, there are plenty of beets at the farmer’s market, so take advantage of that and make some golden beet rice!

If you’ve never tried making spiralized rice before, here’s a helpful post on that. It may sound time intensive, but it’s not at all (you literally just spiralize and pack the noodles into a food processor to pulse them) – and once you start doing it, you’ll wish you were doing it all along! 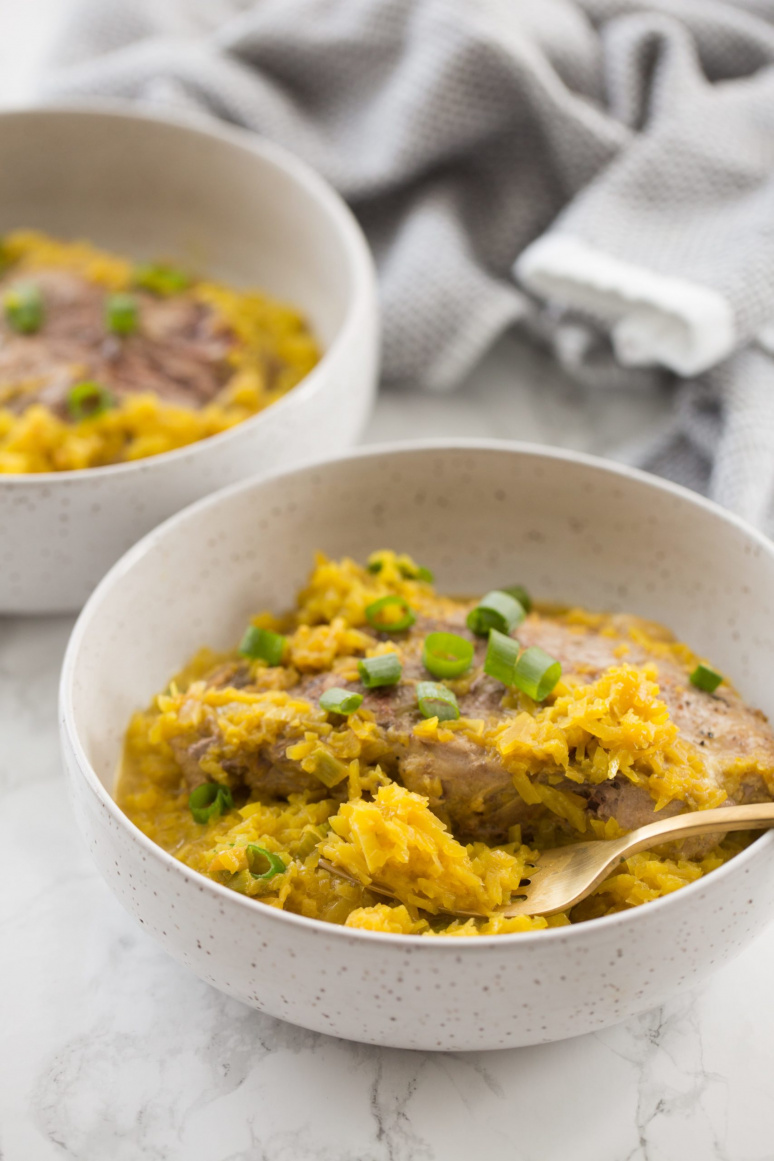 The golden beet rice is simmered in coconut milk, ginger, scallions, and garlic for a flavor that’s so good, you’ll want to cook everything like this! Seriously, though. The rice cooks in the broth, absorbs the flavor and becomes so amazingly creamy!

The pork chops are quickly seared in the skillet and then nestled into the rice and coconut milk mixture for the juiciest chops, ever! I made this recipe for two – feel free to divvy it up into bowls are just serve as is, straight out of the pan! 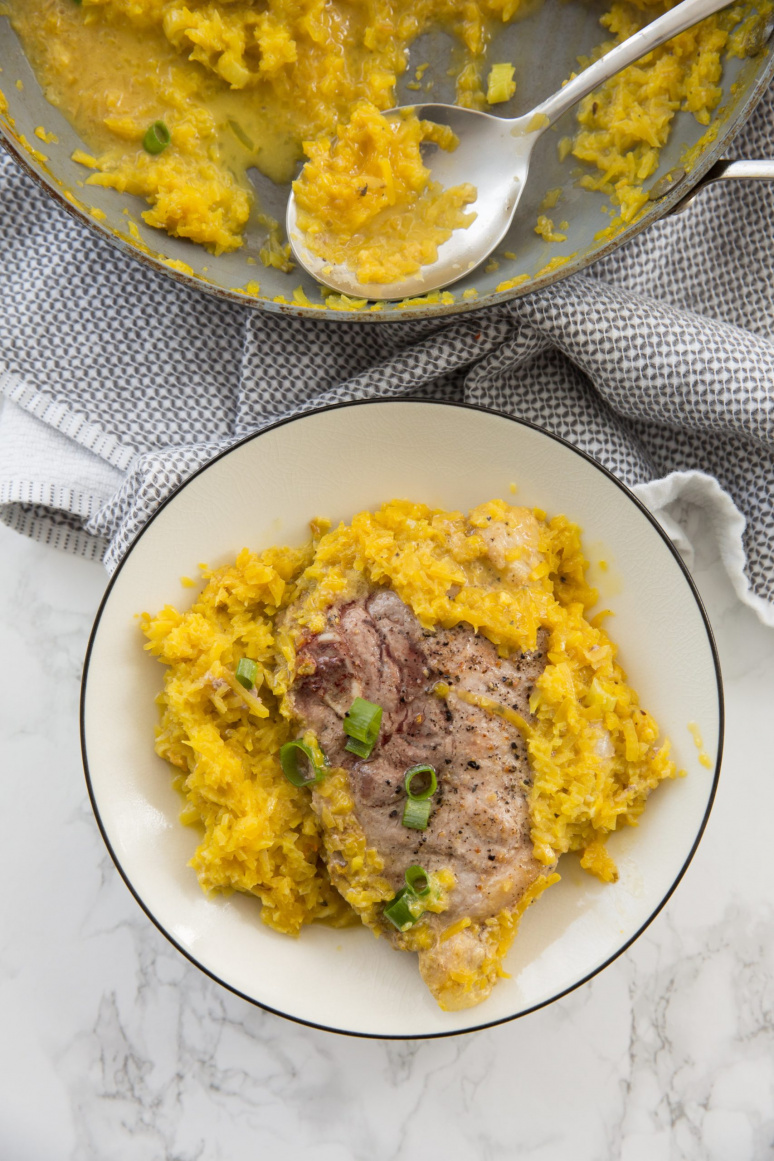 And I know, I know – two meat recipes back to back, who am I?! More veggie-friendliness coming next week, but if you’d like to make a vegetarian version of this, use tofu!

Watch our videos to learn how to spiralize beets and how to make spiralized rice using the Inspiralizer and subscribe to our YouTube channel to watch more videos: 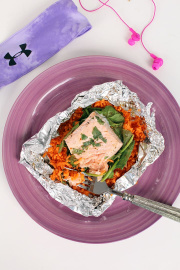