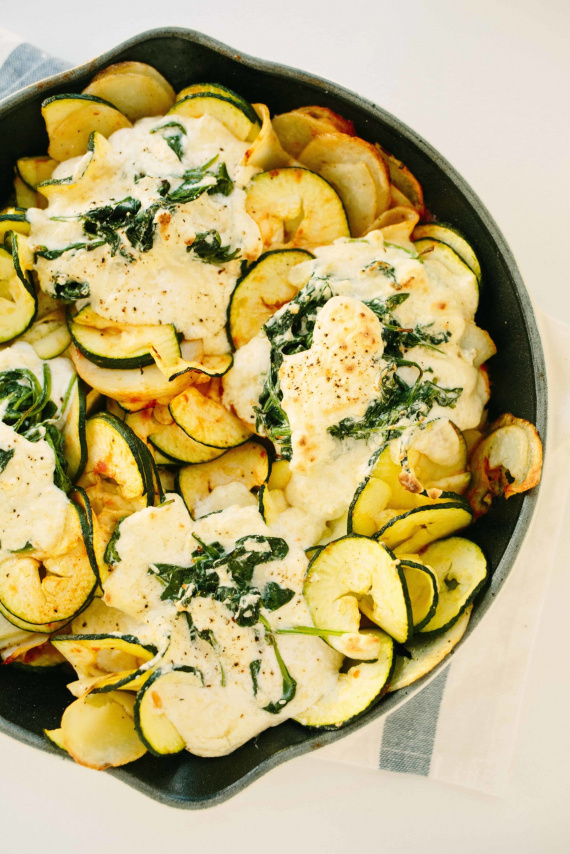 Gluten Free, Vegetarian, Entrees, Pasta, White Potato, Zucchini + Summer Squash
My Deconstructed Zucchini Manicotti is one of the most made recipes on this site –...
jump to recipe
share this recipe 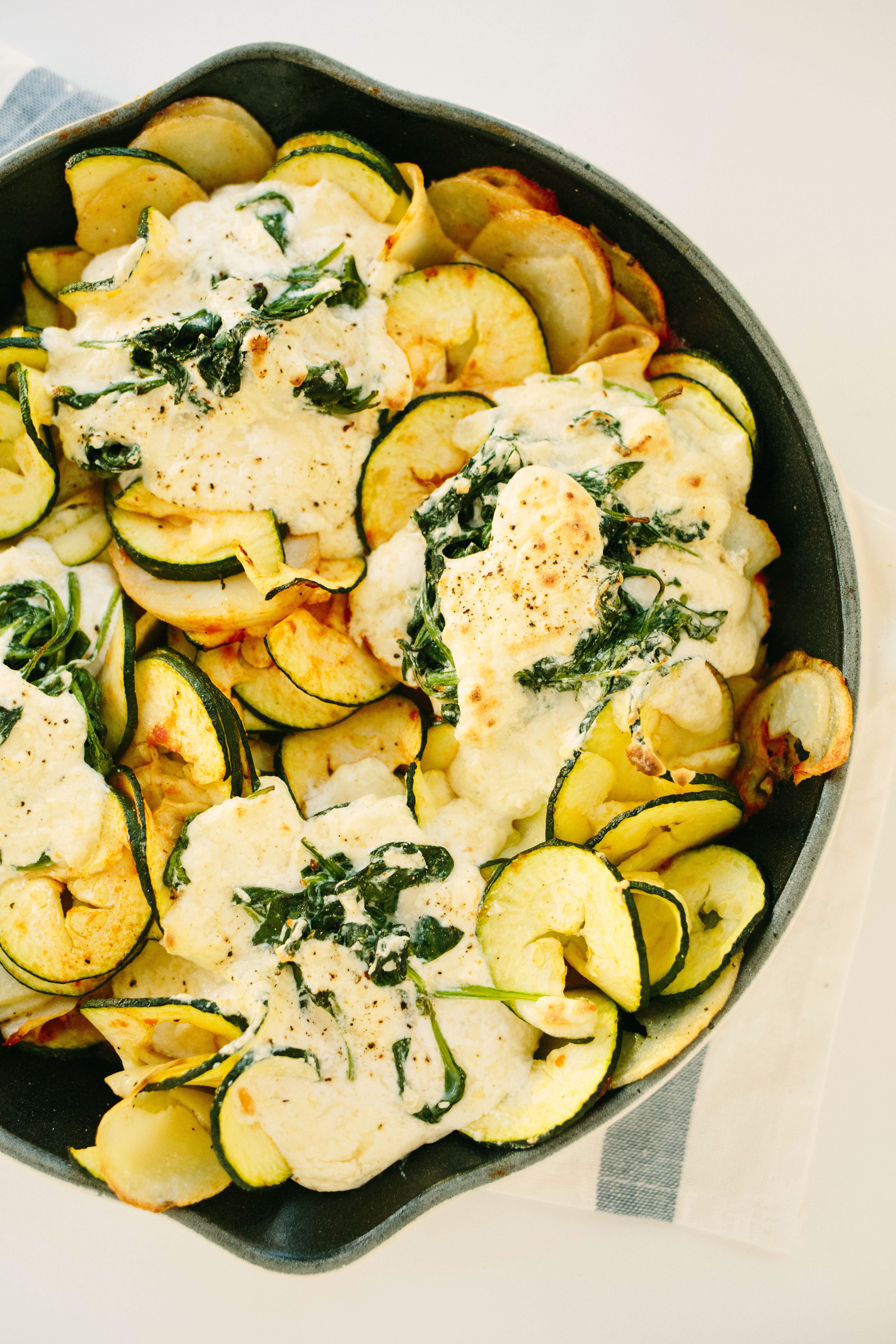 My Deconstructed Zucchini Manicotti is one of the most made recipes on this site – and from my first cookbook, Inspiralized.

Obviously! It’s got just enough cheese and vegetables to be light, flavorful, and filling. It’s one of those meals where you get to have your cake and eat it too – healthy but delicious.

For today’s recipe, I’ve decided to share a new version of this dish – with a little twist: adding spiralized potatoes for heartiness and spinach for extra plant-based protein and nutrients.

All my life, we had Thanksgiving with my grandparents. We’d go over their house to feast and celebrate. For the past 3-4 years, my grandparents have left in early November for Arizona to spend the winters with my Aunt Janice, who lives out there. 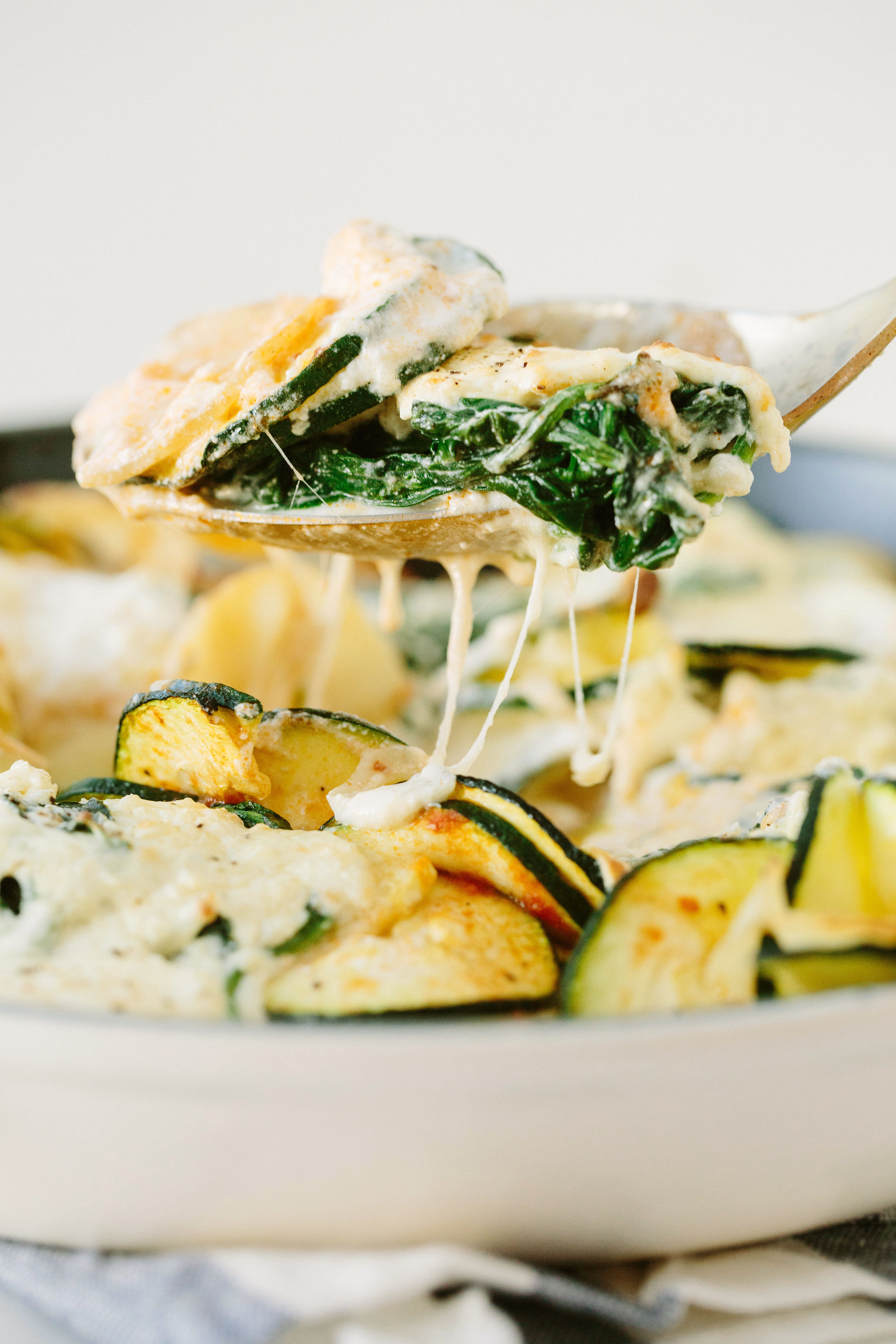 Sadly, Thanksgivings haven’t been the same – but in an effort to preserve the holiday memory, I’m sharing this manicotti recipe. We always started Thanksgiving off with manicotti, as a first course.

My grandparents’ manicotti is the best – I look forward to it every single year. I could stuff myself with it and skip the turkey. It’s easy to overdo it – but usually, I try to limit myself to one or two manicotti rolls.

I’m using Victoria Fine Foods‘ Organic Marinara Sauce here to make sure the flavor’s on point — their marinara is thin enough to coat all the spiralized vegetables, but thick enough not to get soupy. Plus, the ingredients are clean and real, so I don’t think twice about the ricotta, mozzarella, and parmesan fluffy mounds! 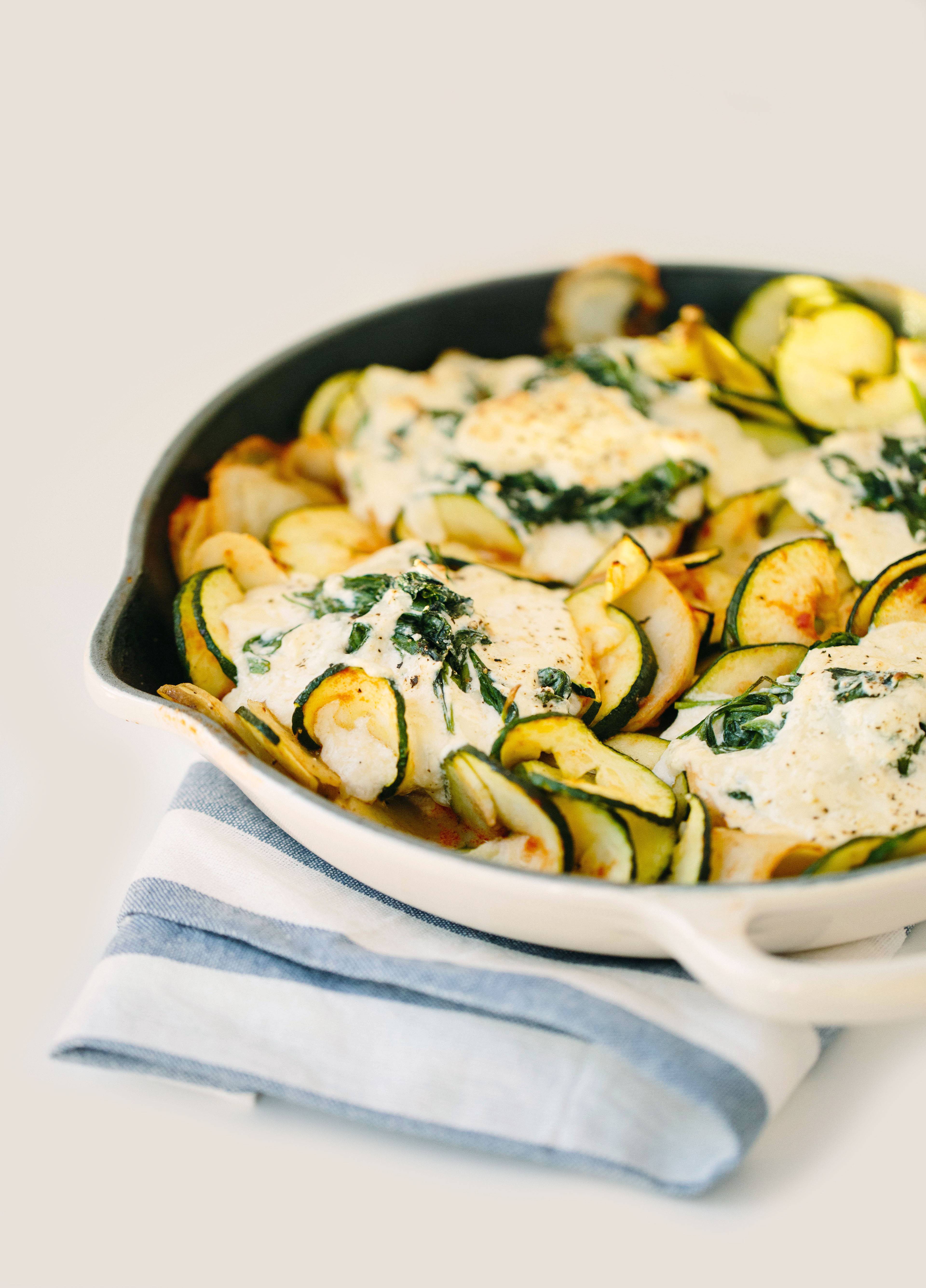 The zucchini noodles release moisture, but the potato noodles soak it up – making this combination even better in texture and flavor than its original.

I can’t believe Thanksgiving is already here — what’s on your menu? Anything spiralized?

Disclaimer: This post was sponsored by Victoria Fine Foods. However, all opinions are my own, always. 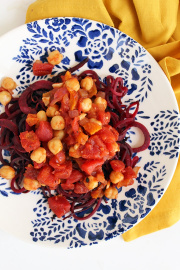