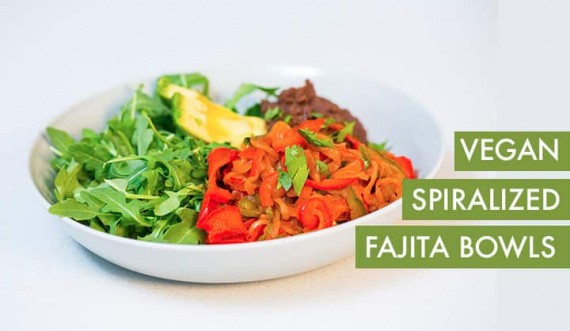 Gluten Free, Vegan, Vegetarian, Bowls, Bell Pepper, Onion
We’re back with another episode of my #EverydayInspiralized video cooking series, and this time around,...
jump to recipe
share this recipe 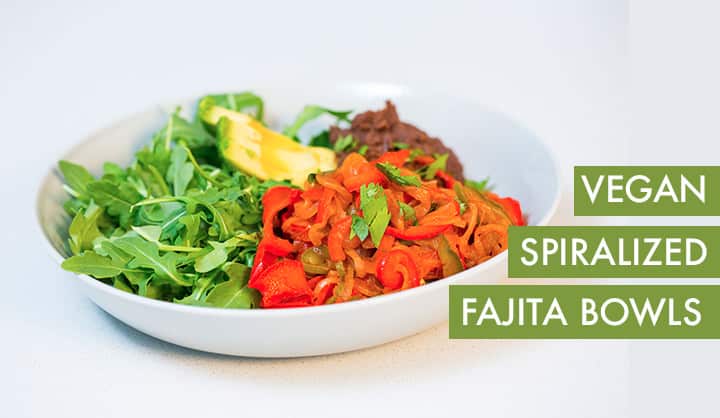 We’re back with another episode of my #EverydayInspiralized video cooking series, and this time around, we’re making my Vegan Spiralized Fajitas Bowls.

This is a meal I make when I’m craving Mexican, but I don’t want to order in, go out to dinner, or fall off my healthy track. It’s vegan, gluten-free, filling, colorful, and flavorful. While this recipe is vegan, if you want something heartier, any typical fajita meat works (think steak, chicken, shrimp, etc.)

And don’t be put off by the refried beans: they’re SO good! I buy Amy’s Organics low-sodium vegan refried beans and honestly, I put them in everything – I mix them in with quinoa, I add them to wraps, use them as a spread on sandwiches and of course, use them in bowl meals like this one!

Watch this week’s episode of #EverydayInspiralized and subscribe so you never miss a video: 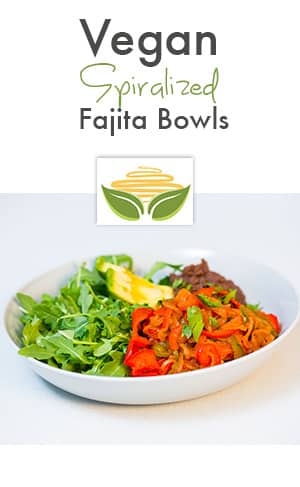 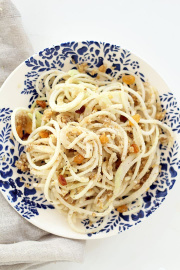