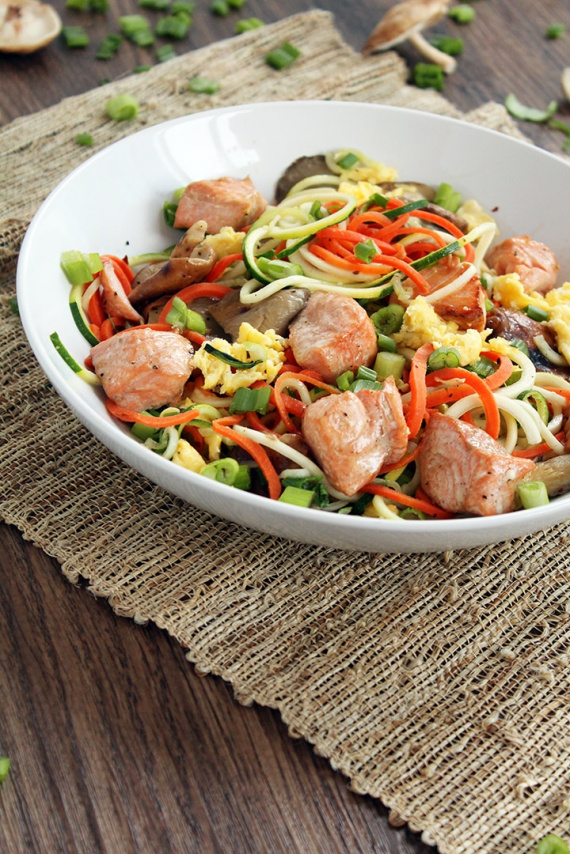 Recipe by Vegetables, Gluten Free, Paleo, Noodles, Seafood, Carrot, Zucchini + Summer Squash
One of the best parts of food blogging is discovering and trying ingredients that you...
jump to recipe
share this recipe 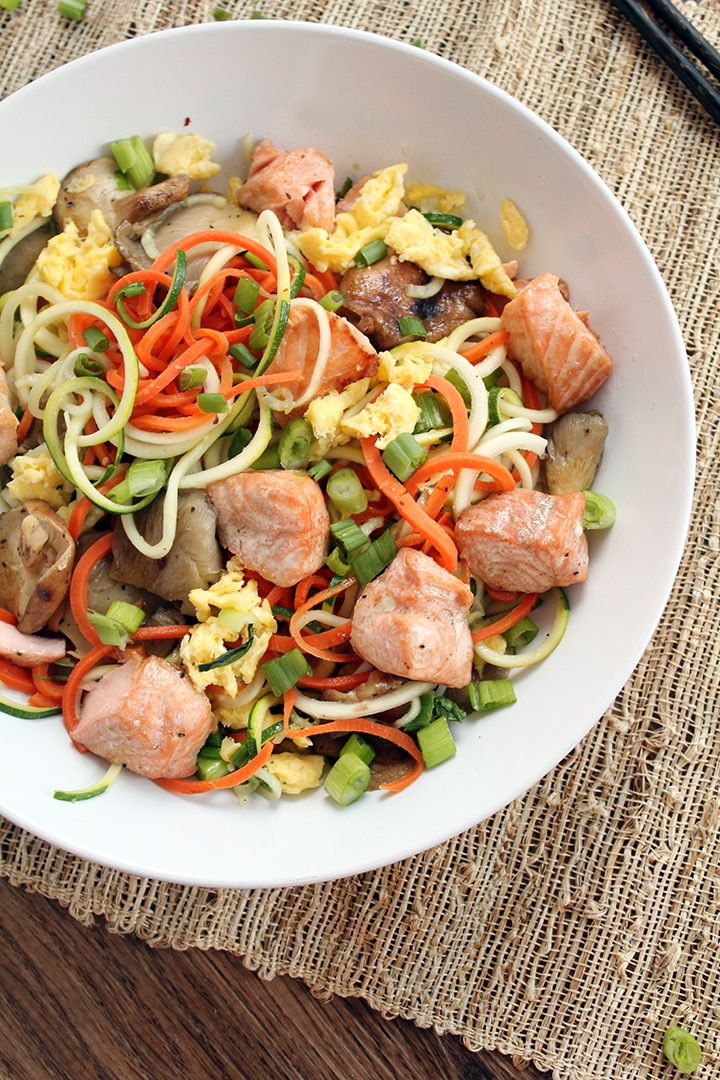 One of the best parts of food blogging is discovering and trying ingredients that you would have never used before. That ingredient today is… coconut aminos! Well, I tried it for the first time when creating this Beef Noodle Soup. Originally, when writing the recipe, I used soy sauce. However, this recipe was designed for a Paleo audience, so I did my research, discovered liquid aminos and then coconut aminos and redid the ingredient list.

Coconut aminos tastes very similarly to soy sauce. It has a slight after taste, but aside from that, you can barely tell the difference. Today, I marinaded salmon in the coconut aminos for a colorful and flavorful bowl of spiralized veggies. 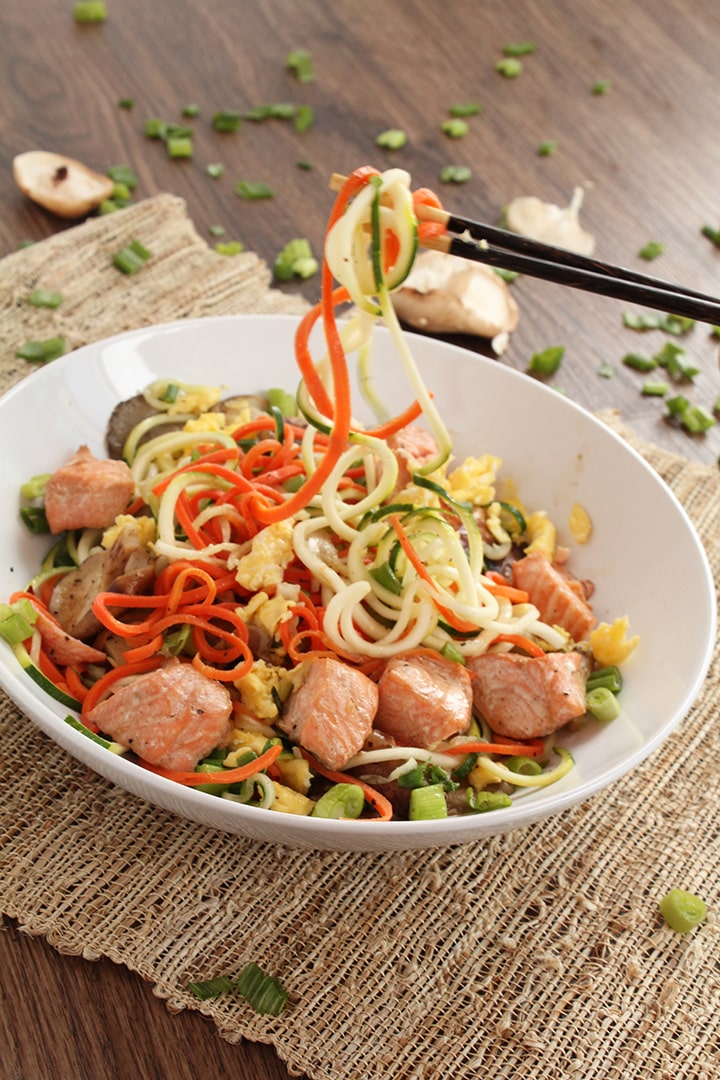 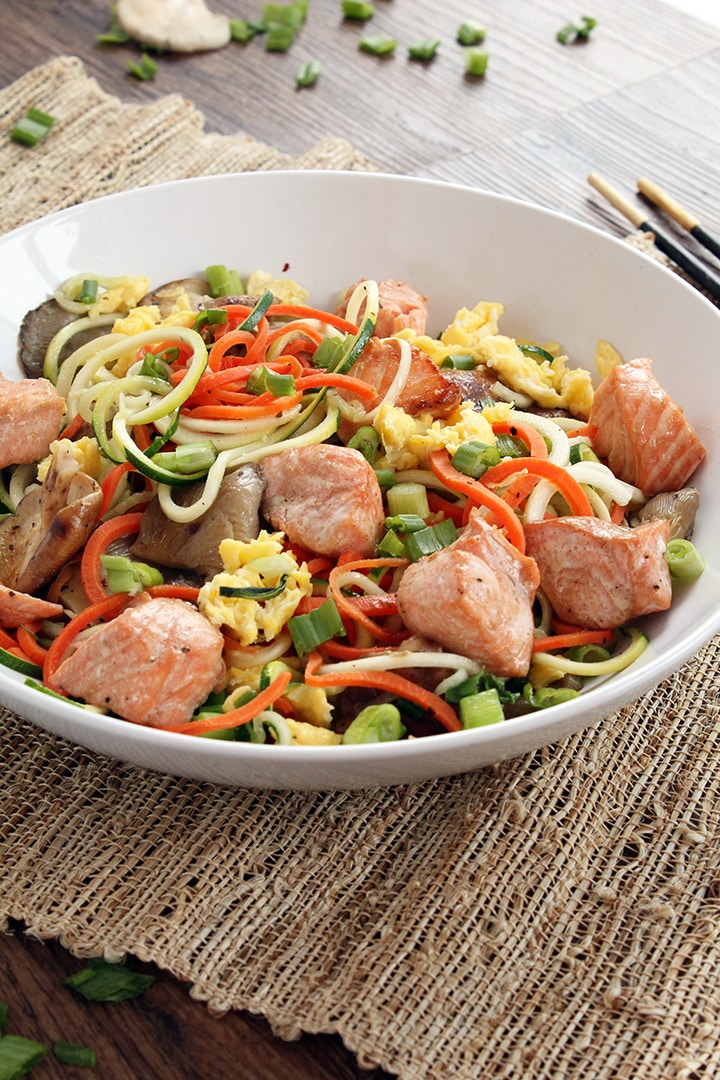 Coconut Aminos (and the sauce in general) is pretty salty. I mixed a bit of water to dilute it and that did the trick! I used a small amount, along with sesame oil, to marinade the salmon before I popped it in the oven. The flavors really baked into the salmon and then complemented the ginger and garlic of the zucchini and carrot noodles. The eggs give the dish color and a warm, soft texture. 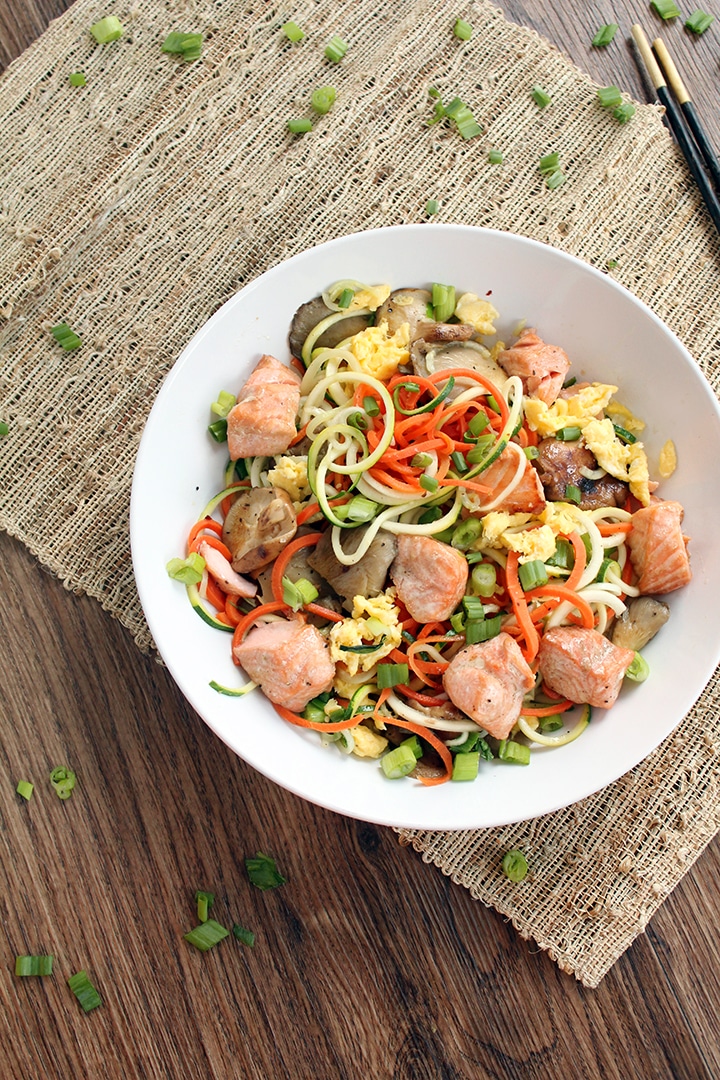 The shiitake and oyster mushrooms create a savory fragrance and bring out the flavors in the fish. Plus, they’re beneficial for your immune system, pack a hearty amount of iron and B vitamins, are sustainably grown and potentially help fight against cardiovascular disease. 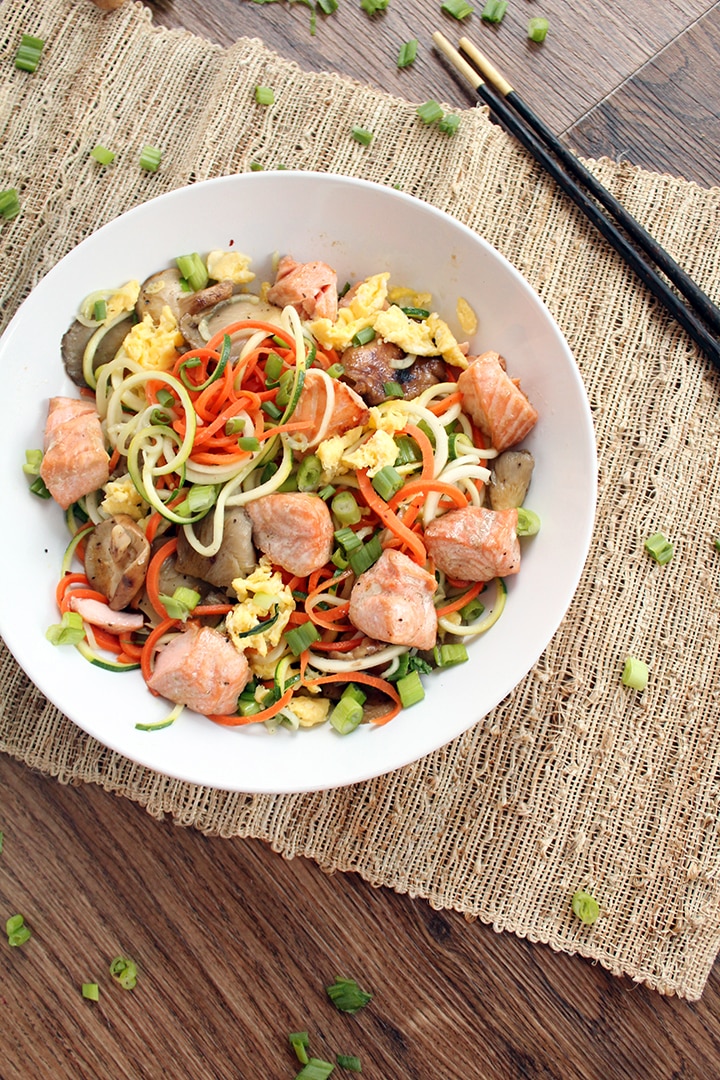 Now, if only I could get my boyfriend to eat mushrooms. He hates them! 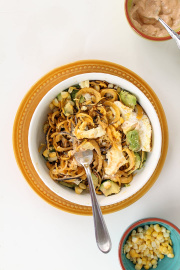