How It All Began: How I Discovered the Spiralizer 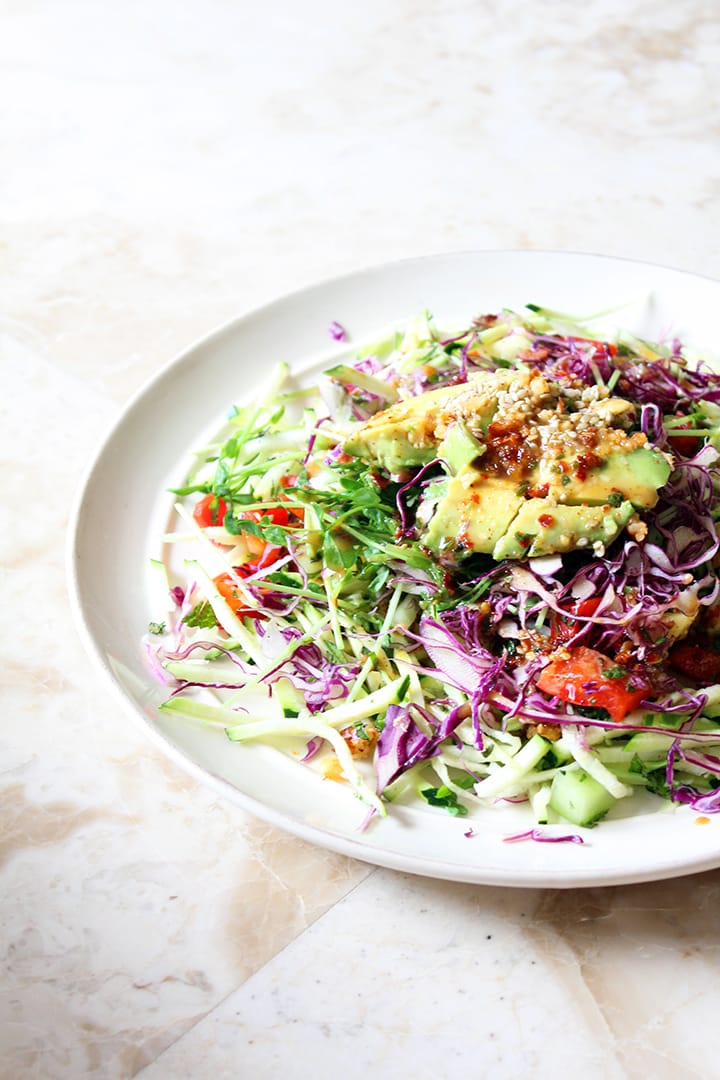 This past week, I was visiting my parents in Singer Island, Florida. I partly (okay, mainly) went to enjoy some sunshine and partly went because I wanted to visit Christopher’s Kitchen, an organic lifestyle restaurant.

Why did I want to go to this restaurant so much? Well, let me tell you a story. It’s the story of how I first discovered zucchini noodles and then, the spiralizer.

My mother is a Type 1 diabetic. Actually, she had gestational diabetes, so she became diabetic while pregnant. Perhaps, subconsciously, this is a reason why I eat clean, healthy, whole foods and resist sweets as much as I can (although, I’m not perfect- I’ll admit!)

While trying to regulate her blood sugar levels in 2012, she started seeing a health coach once a week, in Hoboken, NJ. Actually, this coach was Lu’s old roommate! He suggested she try raw veganism to help. While my mother’s diabetes is Type 1 and not “curable,” a vegan diet lowers cholesterol and reduces your consumption of saturated fats, which ultimately helps control blood glucose levels.

She was about to go to Florida for the winter and he suggested a restaurant near their place in Singer Island. The restaurant was Christopher’s Kitchen in Palm Beach Gardens.

So, she went. Not knowing about zucchini noodles or the spiralizer, she ordered the “Dragon Bowl.”

The story doesn’t stop there.

A few months later when she was back in NJ in 2013, we went to Pure Food and Wine in New York City, a raw organic restaurant. We had an incredible meal (I really suggest that restaurant if you live in NY – you’d never guess the food was raw!) and she was committed to eating more vegan and plant-based, so she bought their cookbook.

A couple more months went by and despite her insistence that I should try them (even my sister tried them and had the same reaction), I hadn’t given them a chance.

One Sunday night a few weeks later, I was visiting them at the house in NJ and she made me zucchini noodles. I was floored, incredulous, and fascinated. Most importantly, I regretted not trying it sooner! The consistency was unbelievably similar to the real deal. Always looking for new ways to eat healthy, I was totally impressed.

Literally, that night, I took the spiralizer from her and brought it back to my apartment. That Monday (the next evening), I made  Lu and I a simple tomato zucchini noodle pasta with artichokes, cannellini beans and shrimp for dinner.

His reaction was exactly the same as my mother’s, mine and my sister’s: absolutely stunned. He loved it!

How I began Inspiralized is another story for another blog post, so stay tuned.

When I was in Florida this past week, I visited Christopher’s Kitchen. Instead of ordering that Dragon Bowl, I tried the Asian Noodles. I also snagged a “Youthful” green juice, freshly pressed in their to-go store, two doors down. 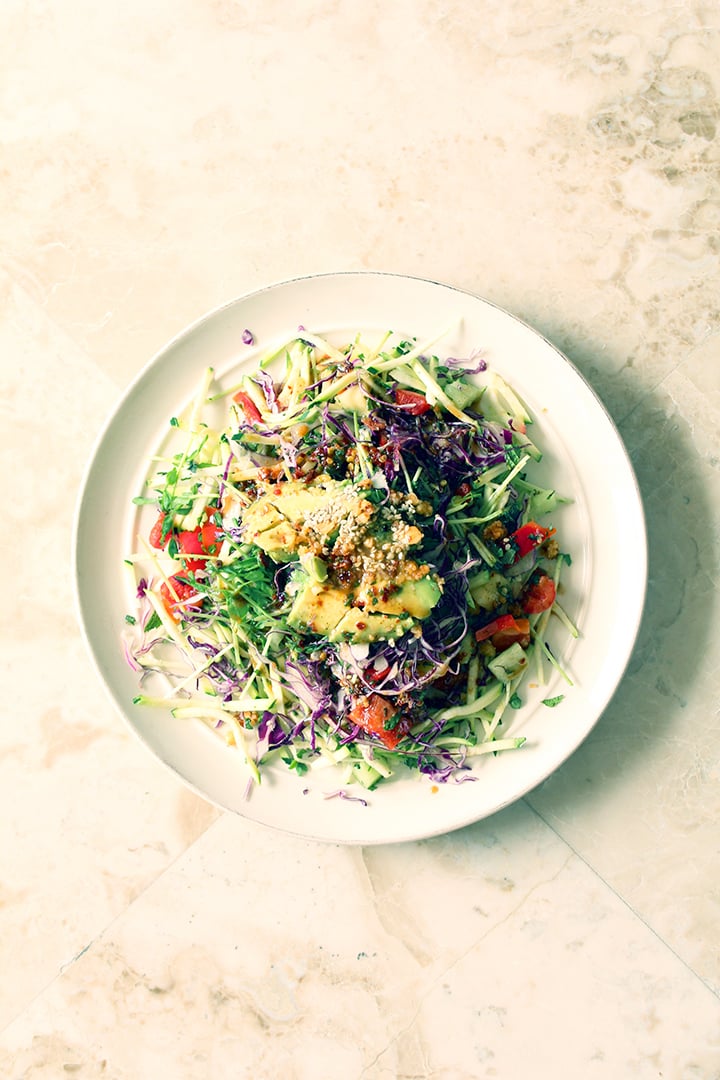 While the noodles weren’t made with a spiralizer (they seemed to have been made with a mandolin), they were still great. The dish was packed with avocado, sesame seeds, fruit and cabbage. Totally healthy, totally delicious. 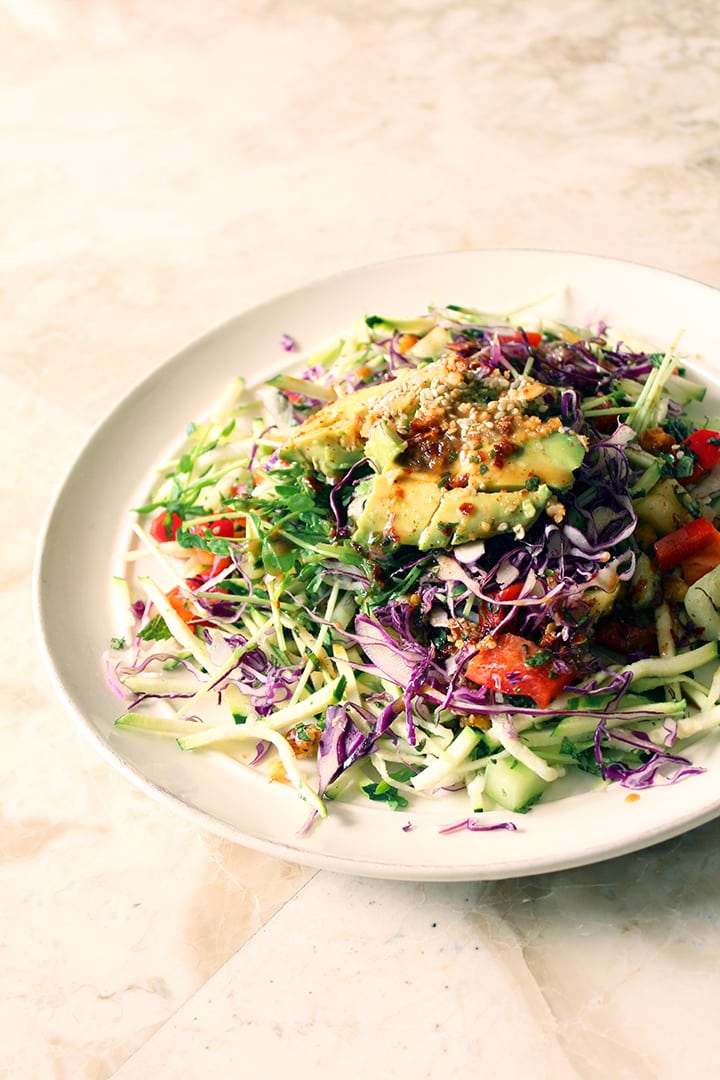 If you live in the area, I highly suggest you visit Christopher’s Kitchen! If not for a sit-down meal, then go to their carry-out store and grab a green juice or a Dragon Bowl to go!

Hope you enjoyed the story. Now go watch the Superbowl! 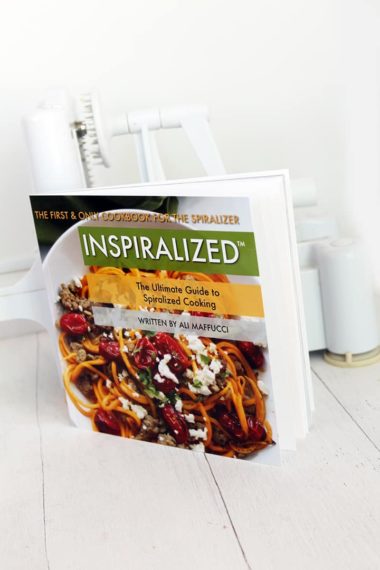 Inspiralized Cookbook: Order Yours Today for the Holidays! 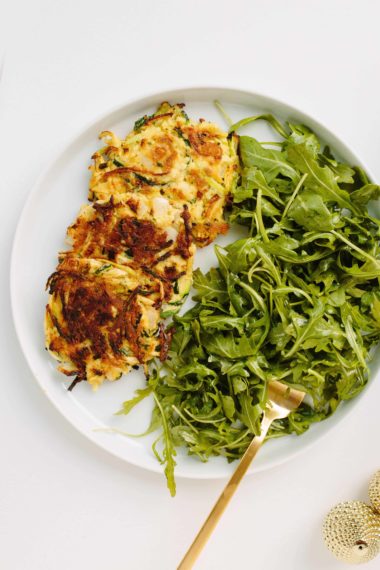 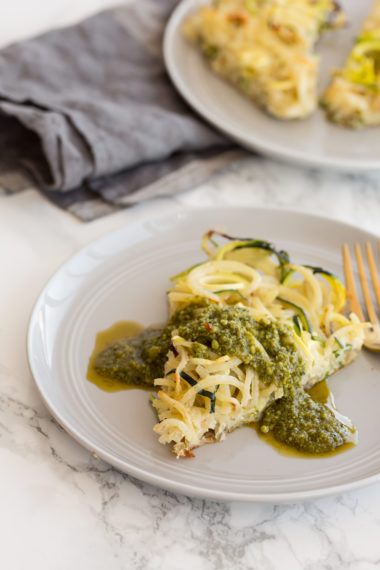 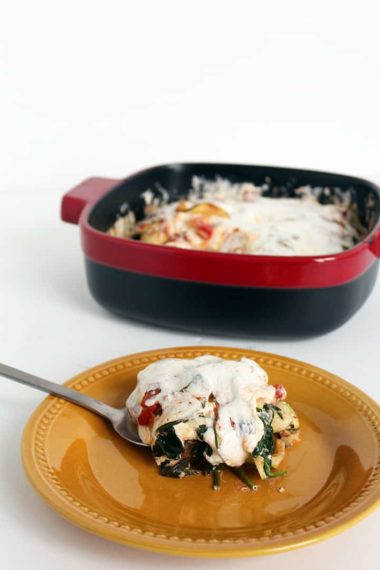 Susan says:
February 2, 2014 at 3:01 pm
I love my Spiralizer- You turned me on to it and now I've turned my brother and my dearest friend onto it...Love your site and all your recipe ideas- It is endless! Found this article that I found very interesting. Thought you might like to read it since it talks of blood sugar and diabetes. It has changed the way I eat and how I feed my family. Your spiralized pasta is so much more that "pasta with fewer calories".! I have ditched those grains for good! http://healthimpactnews.com/2012/heart-surgeon-admits-he-was-wrong-about-low-fat-diet-and-heart-disease/
Reply
Alissandra Maffucci says:
February 3, 2014 at 3:40 pm
Thank you for the link - what a great article!
Reply
Tracey says:
February 2, 2014 at 3:59 pm
This loos amazing. I went to their website. Can you tell me the name of this dish. I couldn't find it.
Reply
Anonymous says:
January 2, 2017 at 8:36 pm
This loo's amazing too! http://ratemypoo.com
Reply
Tracey says:
February 2, 2014 at 4:01 pm
I found it...dragon bowl!
Reply
What Jessica Baked Next says:
February 2, 2014 at 7:03 pm
This looks delicious :)
Reply
ConnieC says:
February 2, 2014 at 7:44 pm
Great story! Congrats on the Williams Sonoma connection! You deserve it! So, will we see a spiralized version of the Dragon Bowl? Looks delicious. You go, girl!
Reply
Alissandra Maffucci says:
February 3, 2014 at 3:40 pm
Connie - unfortunately, there won't be a recipe for the Dragon Bowl, as it's at the restaurant only. I do plan on creating something similar, however :) Thanks!
Reply
Joanne says:
February 3, 2014 at 12:04 pm
Aww I love that your mom was part of the inspiration behind your love of spiralizing!! Such a sweet story!
Reply
Alissandra Maffucci says:
February 3, 2014 at 3:39 pm
Thanks Joanne! She's the best :)
Reply
Anonymous says:
February 3, 2014 at 1:43 pm
Living in West Palm Beach, Christopher's Kitchen is one of my favorite restaurants in the area. Thanks for giving it a mention! :)
Reply
Alissandra Maffucci says:
February 3, 2014 at 3:38 pm
Of course - you're lucky to live so close!
Reply
Malainie says:
February 3, 2014 at 6:14 pm
Looking forward to seeing your version of the Dragon and Asian Bowls! Love your website!
Reply
Pingback: Happy First Blogiversary to Inspiralized & 3 Spiralizer Giveaways! | Inspiralized
Mira says:
July 6, 2014 at 2:15 am
I got my spiral machine by Padermo today except that it's white, black and green in colour. It looks exactly like the one on Amazon. What a great blog idea! Congratulations on your first "Blogiversary". I found the pre-spiralized veggie storage information particulary helpful as I like to prepare in advance.
Reply
Debra Wilson says:
July 23, 2014 at 8:53 pm
Love my Paderno! So happy I found your website. Now, I am going on vacation for 2 weeks and we always get place with a kitchen. Since we are flying I won't be taking the Paderno with me so I am wondering how some of the small hand held spiralizers work for travel? Have you tried them at all? Thank you, and congrats on one year!
Reply
Alissandra Maffucci says:
July 24, 2014 at 2:55 pm
Debra, you can use a small handhold for travel, but it's very limiting - it can only really spiralize carrots, cucumbers and zucchinis and they aren't the best. If you can't live without zucchini noodles while traveling (I don't blame you!), then they're definitely a possibility.
Reply
Lillian Lorenzo says:
February 22, 2015 at 7:17 pm
I am interested in being the Padermo and your book. Would you suggest the 3 blade or 4? In your cookbook do you use the 4 or 3? Thanks so much!
Reply
Pingback: The Inspiralized Cookbook is On-Sale + My (Other) Big News! | Inspiralized
Golden says:
March 2, 2015 at 7:32 am
I love the story of your journey and your transformation! Do you have the 3-blade or 4-blade Paderno Spiralizer? Do most of the foods that get spiralized, other than potatoes, have to be done just right before cooking? Would love to see what can be spiralized ahead!
Reply
Gloria says:
September 20, 2015 at 1:03 pm
My dear friend told me about the hand held spiralizer and I love it for zucchini. Now she bought me your new book and I am spiralized and ordered the 4 blade. Tonight I will make your zucchini with the bacon and 2 cheeses. Thanks so much for your inspiration.
Reply