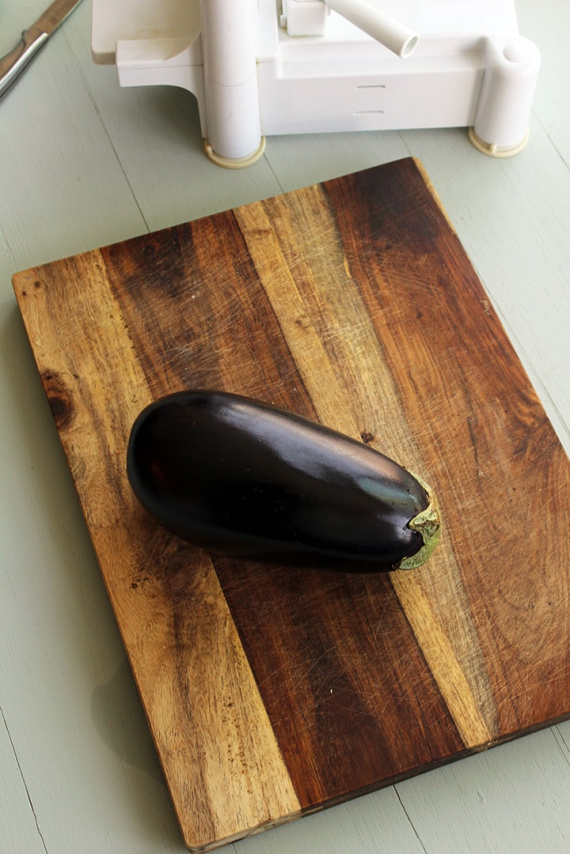 How to Spiralize an Eggplant: Eggplant Noodles

Gluten Free, Vegan, Vegetarian, Pasta
I have some good news and some bad news. Because I believe in ripping off...
jump to recipe
share this recipe 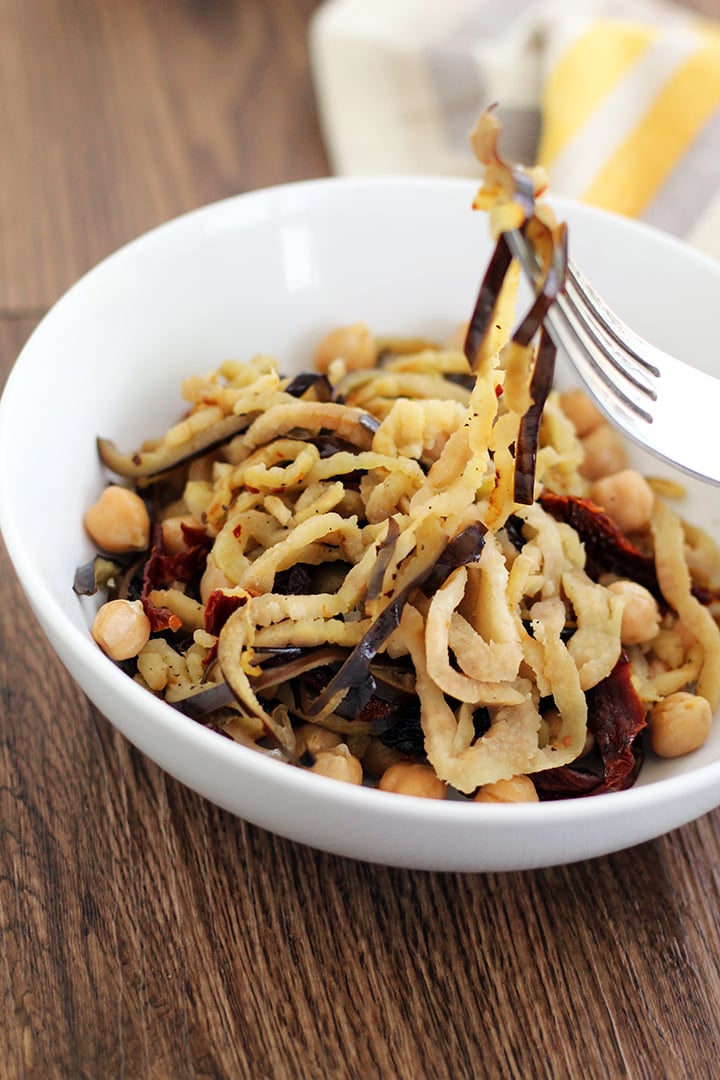 I have some good news and some bad news. Because I believe in ripping off my Band-Aids, let’s go with the bad first.

My eBook isn’t ready. There were some last minute formatting issues that have prevented me from making it available to you all today. I’m totally bummed, but that just means that when that day does arrive (hopefully in the next 10-14 days), you’ll be receiving the best possible Inspiralized cookbook.

Now that the Band-Aid’s off, let’s start feeling better. Ready for the good news? 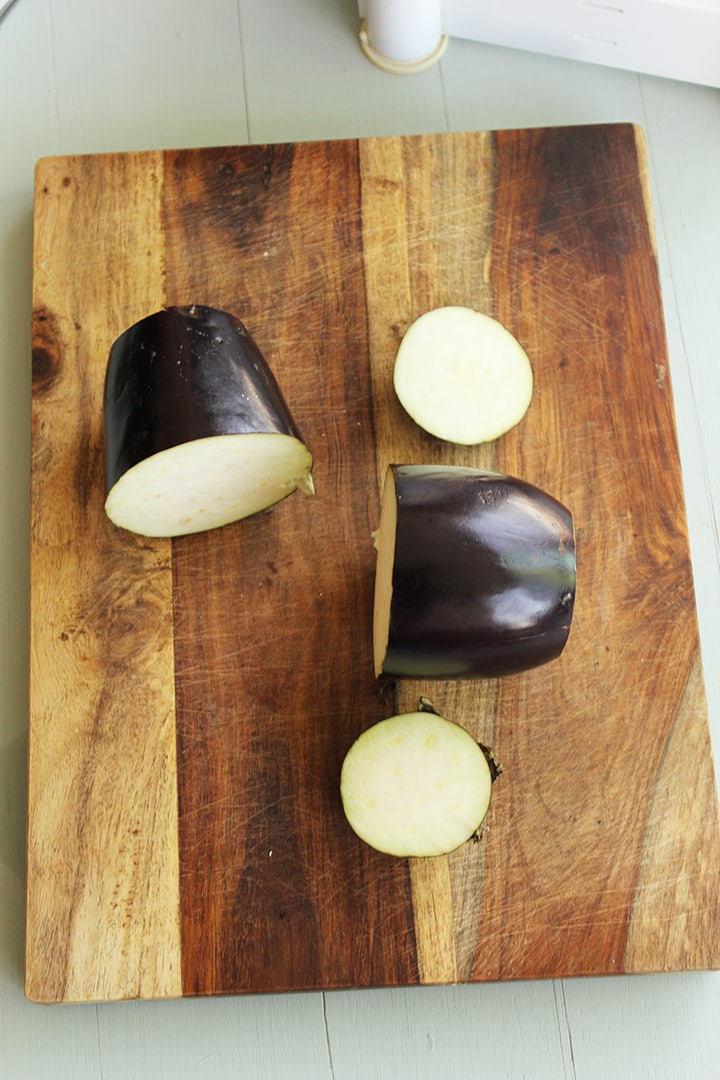 Eggplant is tricky. Because of its soft flesh and plentiful tiny seeds inside, it’s difficult to spiralize. When you load the eggplant into a spiralizer (first making sure to slice the ends off and then chop in half) and pop in Blade C, you’ll notice immediately upon cranking the handle that the eggplant resists. The eggplant flesh gets chopped and the noodles that do materialize are soft and break with a firm pinch. 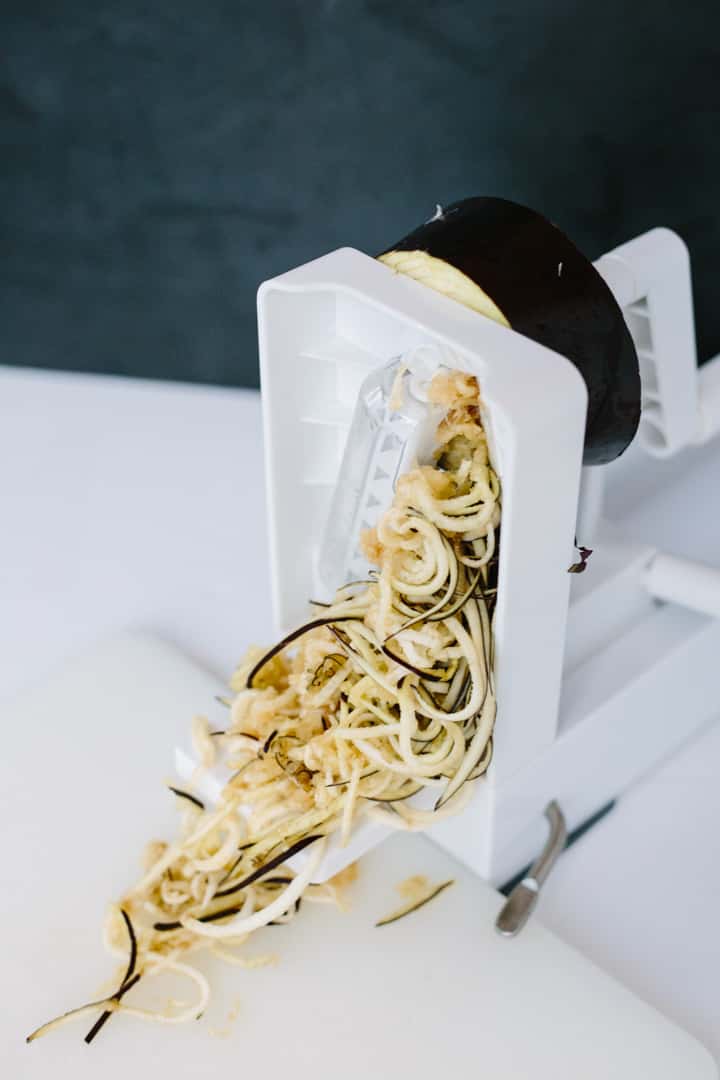 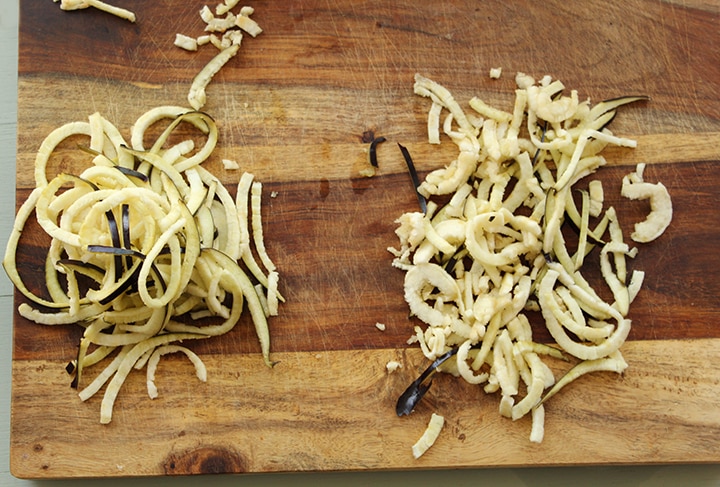 In the above picture, the left hand side shows all of the full noodles that were made from ONE HALF of an eggplant. On the right side, you’ll see that there is a lot of wasted eggplant that has crumbled or chopped from that same half of the eggplant. Sure, you can include the chopped bits in your noodle dish, but it won’t recreate that similarity to pasta that we’re looking for. 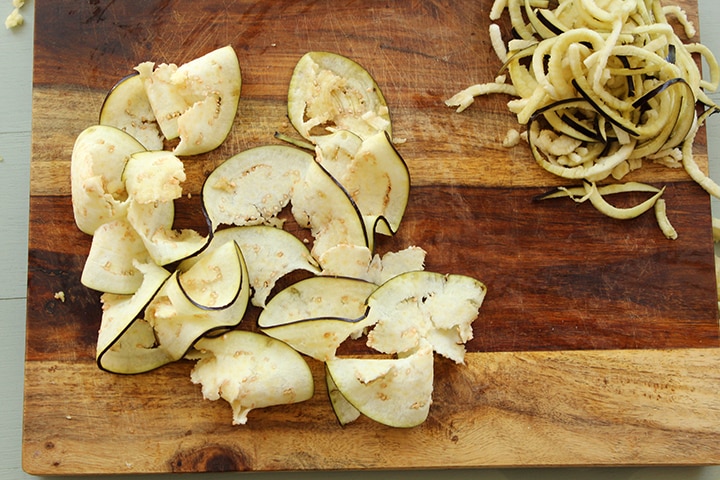 These noodles come out very thin and full of seeds. Once you cook these noodles, they wilt and become floppy and not very appetizing. My suggestion: stick to Blade C.

Due to all of this, a full eggplant yields only about 1.5 cups of noodles. That’s a pretty big waste of an eggplant, if you ask me. But, if you’re not concerned about wasting most of the eggplant and want to make eggplant noodles, I’ve included a recipe in today’s post to get you started: Eggplant Noodles with Chickpeas, Sundried Tomatoes and Raisins. 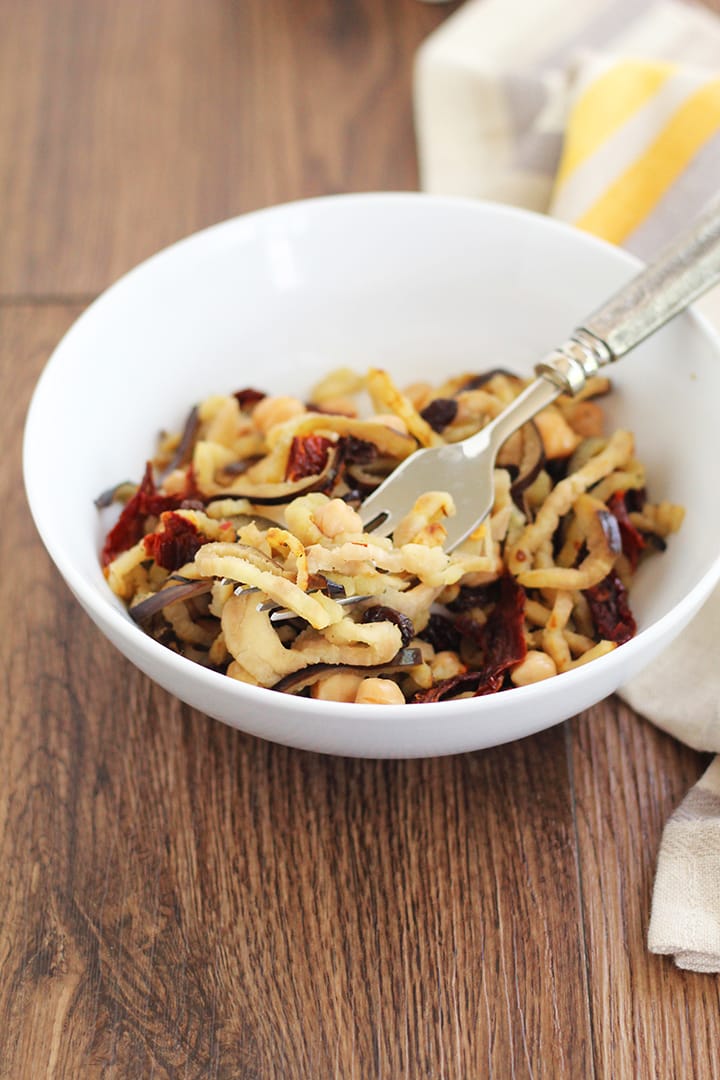 The softness of the eggplant is a nice consistency for a noodle. Typically, eggplant can be too mushy or too chewy. By cooking the noodles in a skillet with olive oil, salt and pepper, the noodles are velvety and firm enough to resemble a noodle and the flavors shine through. Plus, these noodles absorb flavor fantastically!

The verdict: While I wouldn’t recommend spiralizing an eggplant because it wastes so much of the actual vegetable, the noodles are surprisingly delicious. Plus, they’re a totally unique and original taste and texture. When was the last time that you were served eggplant noodles? I’m gonna take a gander and say never.

How to Spiralize an Eggplant: Eggplant Noodles 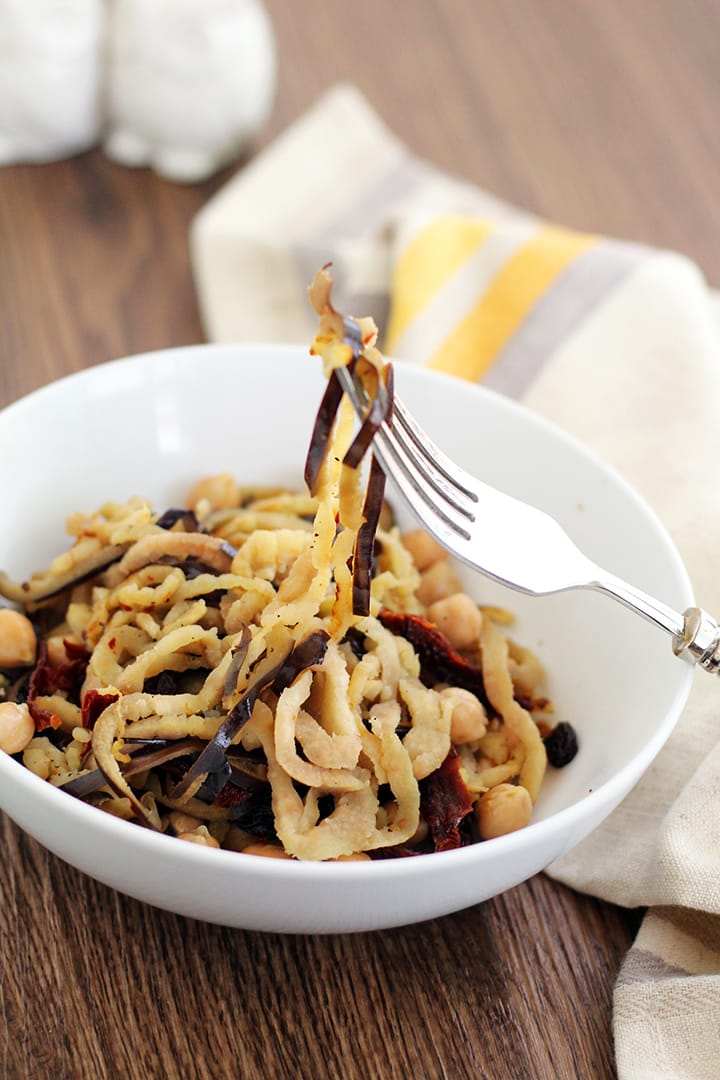 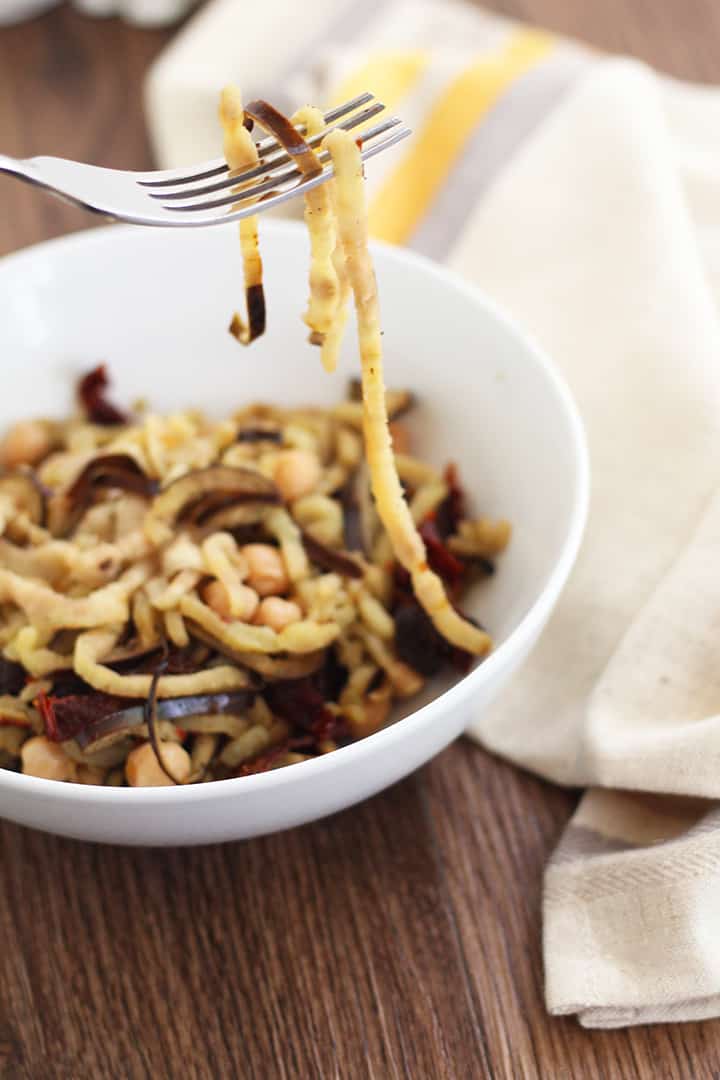 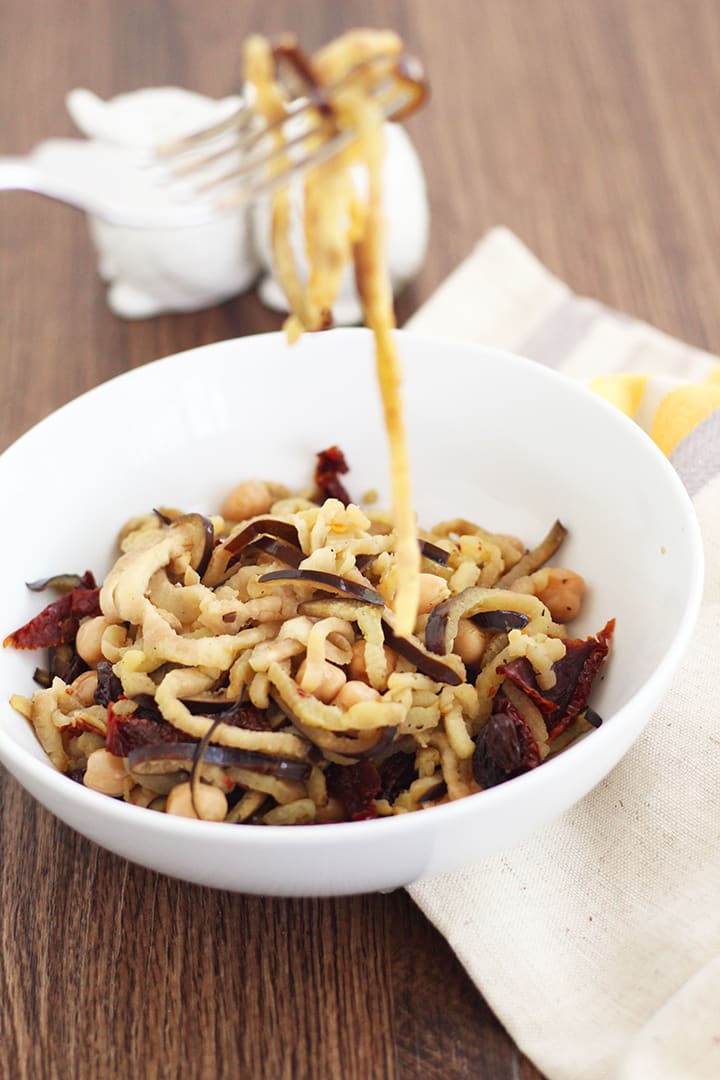 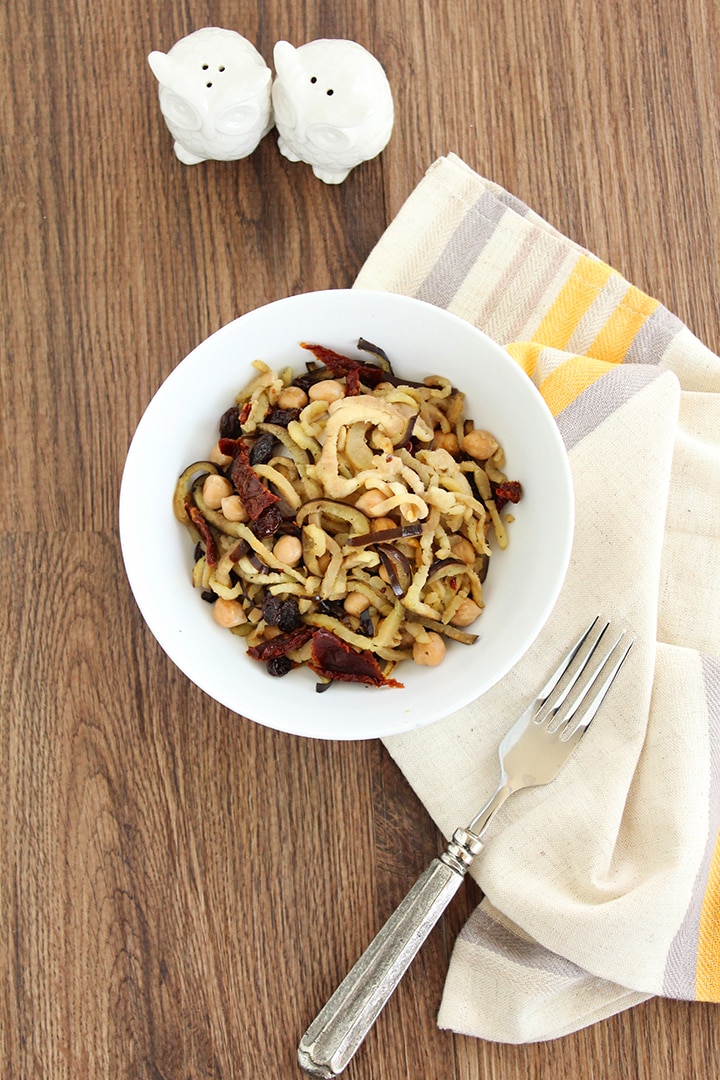 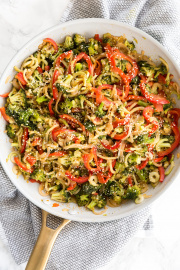