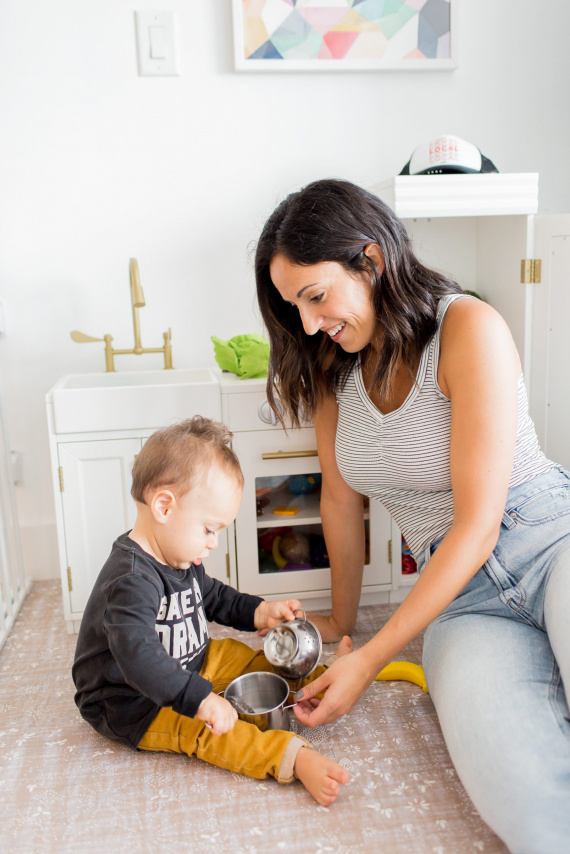 Luca’s Feeding Schedule at One Year and Weaning

Family, Motherhood
Around the time that Luca turned 1, a lot started happening. He really shifted into...
share this post

Around the time that Luca turned 1, a lot started happening. He really shifted into a schedule, he started walking, he started drinking less breastmilk, eating lots of solids, and to my delight, started sleeping on his own! Every stage is so much fun and this stage just seems to be full of so many milestones! So, let’s give an update and chat about his schedule, weaning, and just how we’re doing!

We never sleep trained Luca, primarily because we’re not “schedule” people (we don’t like to be on a schedule, so we didn’t want to put the baby on a schedule that we’d have to follow.) The downside? He can’t really sleep well on his own – he needed coaxing, shushing, sometimes rocking, and you had to stay in the room with him until he fell asleep. At around 11 months old, he magically started getting himself to sleep. It was AMAZING. I was in shock when I just walked out of the room one time and he didn’t start screaming when I closed the door. He was silent. I grabbed the monitor and I saw him just laying there, happily. I watched him for a few minutes as he rolled over, got comfy, and passed out. MAGICAL. He’s pretty much done this every single time since then.

The walking has been so exciting. At his first birthday party, he was only taking 2-3 steps at a time, but now, at 12.5 months, he’s full-fledged walking (we had to get him proper pre-walker shoes – and first kicks are just around the corner!) He still falls, but he literally walks everywhere, anywhere and can now walk the full length of our apartment in one walk! We’re super, super proud. I know it’s about to get even tougher, but I’m just grateful that he’s walking and developing well. 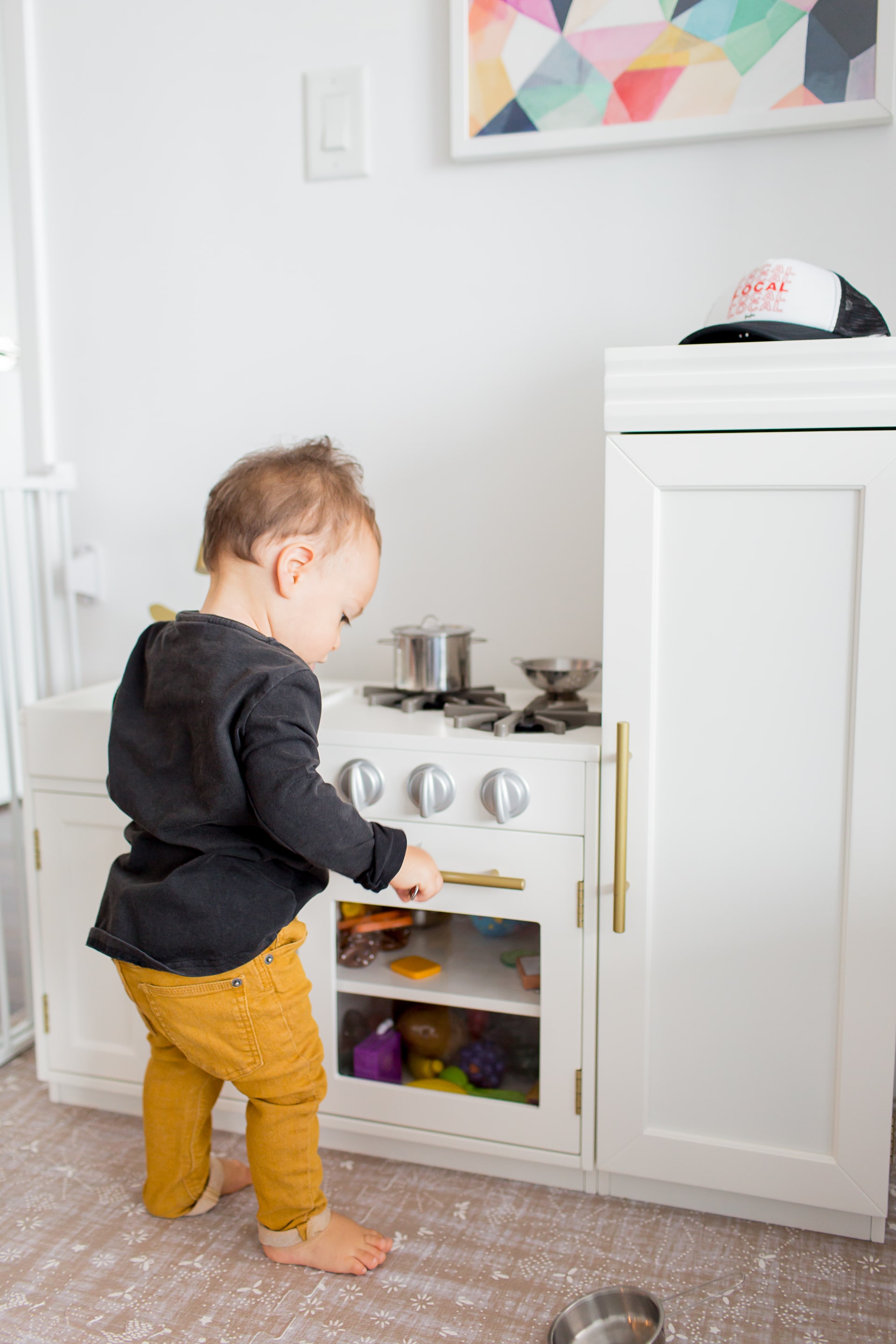 The question I get a lot is, “When are you going to wean Luca?” I don’t mind getting asked that question, but I’m just surprised at how many people want to know! Now that Luca’s eating more solids (sometimes so much food, I can’t believe it – where does he put it?!), weaning is happening naturally. I can tell that my breasts don’t get full anymore, when he does nurse, it seems to be more just for Mommy and Luca time, and he doesn’t nurse for that long, but he likes to just lay there for awhile with me. I don’t mind it, I love the snuggles!

I came to the realization recently that, I don’t need to make weaning plans. It’s all going to work out and right now, breastmilk is just for immunities and nursing is really just for a special time with me and my son. I don’t place as much weight on it, but he is nursing four times a day.

Frankly, I have a lot of travel coming up that doesn’t involve the baby and I’m nervous about how that’s going to go – will I come back and he doesn’t want to nurse anymore? Will my breasts stop producing milk (I haven’t pumped in ages!)? Is this the universe telling me it’s time to wean him off the breast and start working my way through that frozen breastmilk supply? Who knows. I’m going to cross that bridge when I get there.

But I have decided when I’m going to wean Luca (if we get this far, if he hasn’t weaned himself first): when we get pregnant again. I don’t want to tandem nurse, I don’t want that extra physical stress, and frankly, it’s just a LOT. Nursing is a lot of work, being pregnant is a lot of work, and I know I won’t be comfortable nursing at that point anymore.

When do we want to start for another baby? Well, Lu wanted me pregnant six months ago (ha! had to fend him off with a stick!), but I always said I want to fully give myself to Luca for his first year of life (before introducing a new member of the family), so, after one year, it’s fair game. However, we have some really exciting events coming up this year (family trips, vacations, etc), so I’m thinking 2019 is our year!

SO, now I know: when we get pregnant, I’ll start weaning Luca! 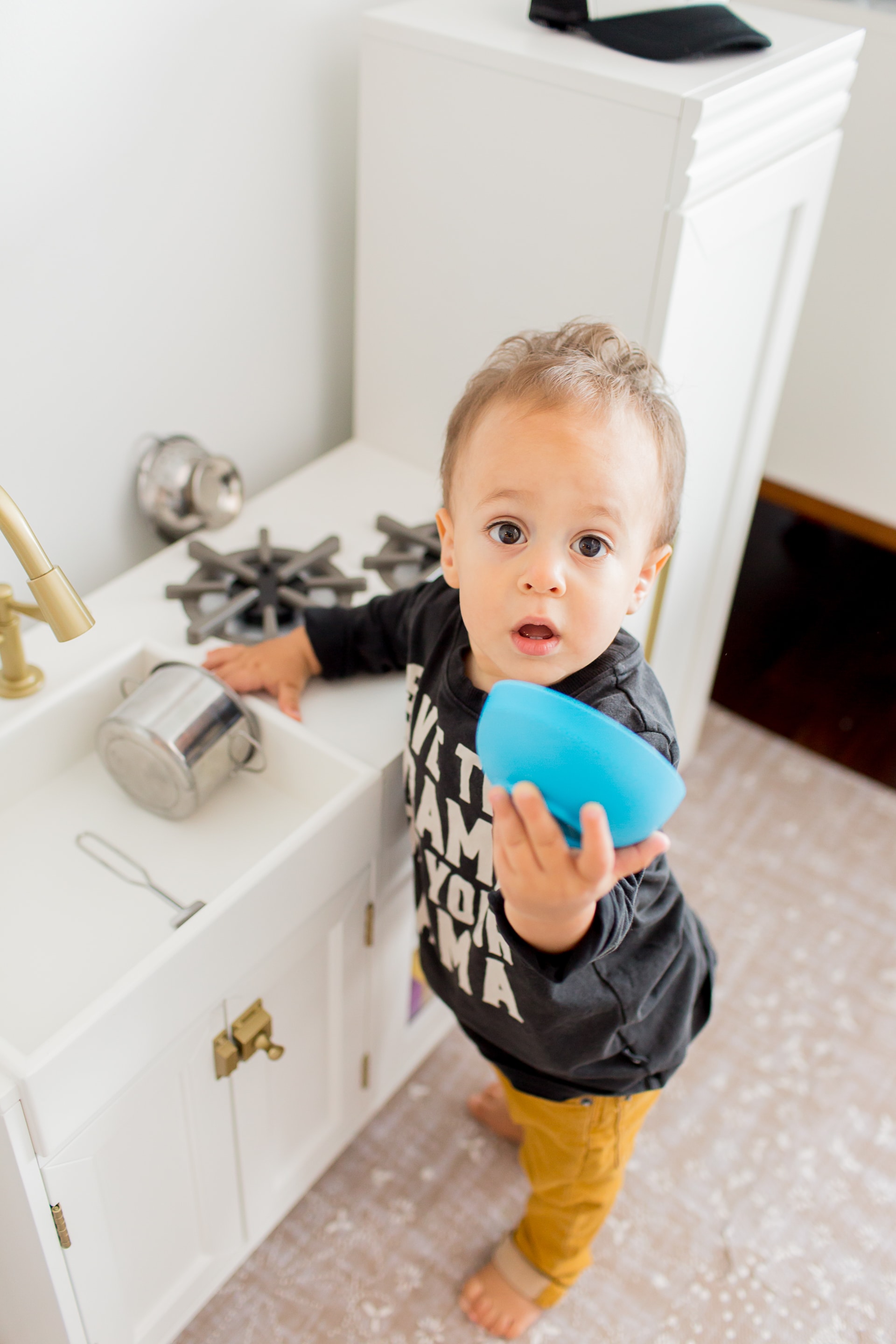 This has been my favorite journey of motherhood so far. I LOVE seeing Luca enjoy food I’ve made! Of course, there are many times when he doesn’t like it or refuses food he normally loves (that’s a toddler for you!) It’s just been so much fun, having done baby led weaning. You can follow all of our food adventures over on @inspiralizedkids!

Now that baby led weaning is done and we’re just in a stage of feeding a toddler, he’s eating more and getting offered more. Currently, we give him three meals (breakfast, lunch, and dinner) along with two snacks (well, sometimes one, depends on the day!) He gets plenty of water, but still gets breastmilk (as I mentioned above, he’s nursing four times a day.)

His favorite foods are:

His least favorite foods are:

Fun, fun fun – I even published an eCookbook of recipes for baby led weaning that the whole family will enjoy! You can check it out here. 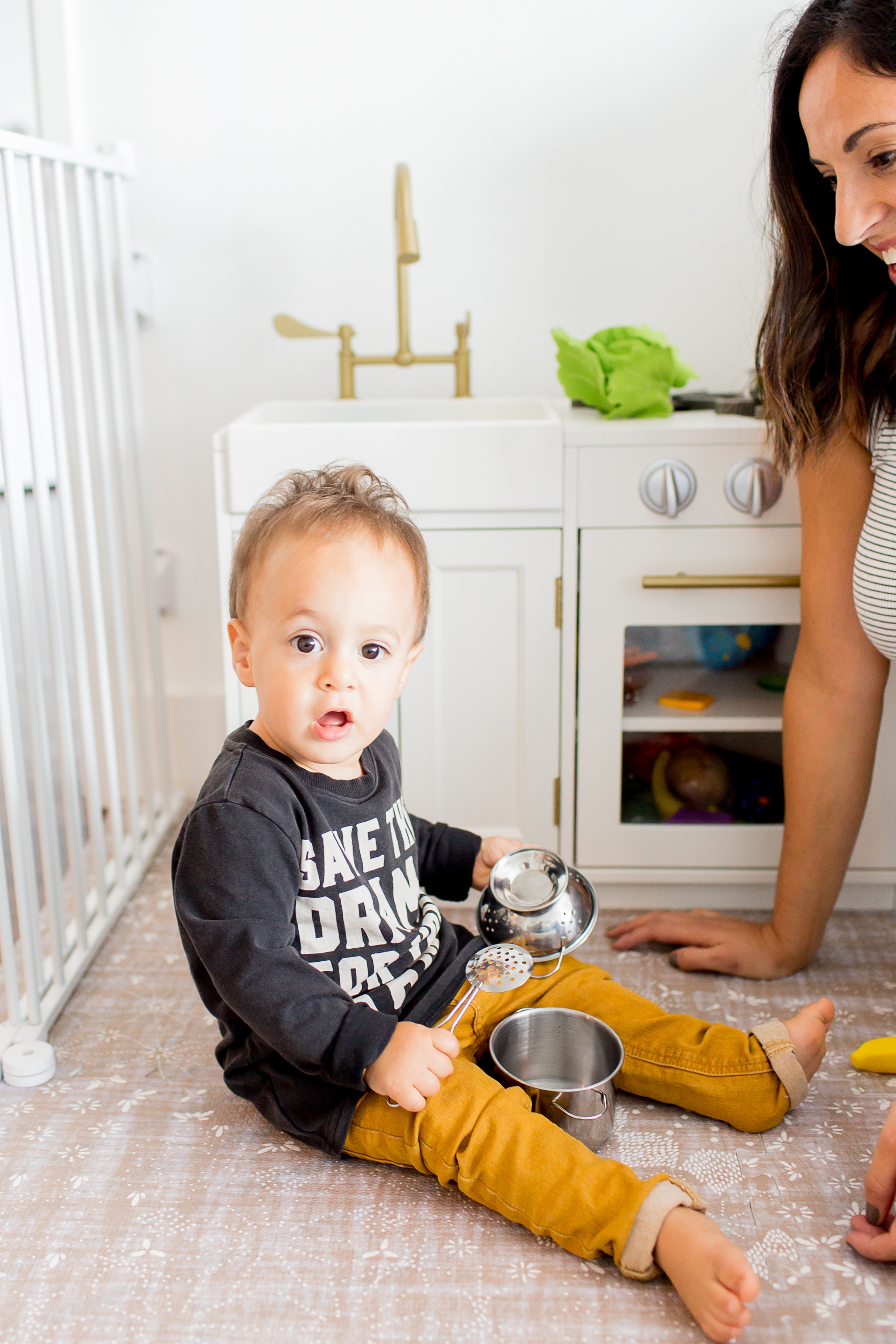 Okay, let’s end on Luca’s schedule, since I get a lot of questions about it! He’s really fallen into this schedule himself and on the weekdays, he follows it, because he’s with the nanny. On the weekends, it’s a bit different (for example, this Sunday, he took a nap 2:30-3:30 instead of 1:30-2:30pm.)

When I say milk, of course, I mean nursing. It’s rare he gets milk not from me directly, so I don’t actually know how many ounces he’s drinking. When we do give him a straw cup of milk (it’s happened twice since 11 months old,) we give him 6 ounces and the first time, he only drank 2 ounces and the other time, he drank it all, so who knows!

And that’s it – that’s our update! Let me know if you have any questions, I’m happy to answer them! 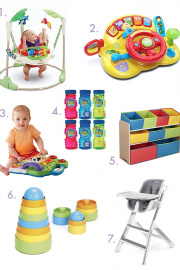