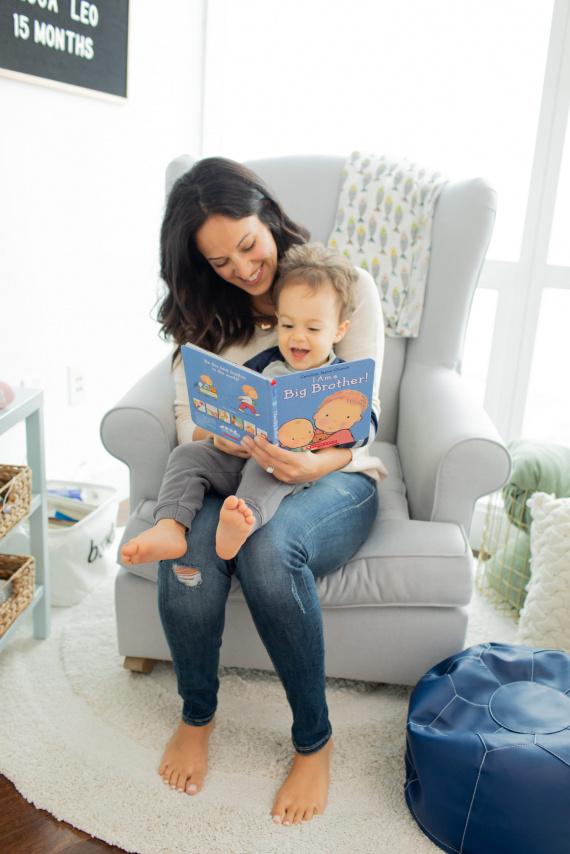 what I want to do differently with our second baby

Family, Motherhood
Our second child is due at the beginning of the summer, at the end of...
share this post

Our second child is due at the beginning of the summer, at the end of June. The closer and closer we get to my due date, the more and more I think about what I want to do similarly and what I want to do differently. We feel very blessed with Luca – he slept through the night on his own (no sleep training necessary) around 9-10 weeks, he’s always been a playful and happy baby who rarely cries (he whines for sure, but rarely ever cries!), and he’s extremely affectionate and loves to give kisses and hugs (without being provoked to do so!)

While we hate to change anything, because Luca is such a wonderful boy, there are certain actions we may take differently now that we know they aren’t as “life or death.” Many decisions you make as a first time parent seem like they are crucial and make or break, but, after you’ve been through it, you realize you added unnecessary pressure and stress onto your experience as a parent and spouse. You need to make these “mistakes” in order to live and learn!

what I want to do differently with baby #2

Looking back at Luca’s earlier months during his newborn and infancy stages, there are some things I’d like to do differently (and Lu is on the same page.) Here is what I’m thinking:

bring my own swaddle blankets to the hospital

I have a whole hospital bag list that I’ll follow again (I updated it post-birth), BUT something I do want to do is bring the swaddle blankets! I found it hard to swaddle the baby in the hospital blankets (they were so stiff from all the washing and drying, I’m sure.) I used these June & January blankets with Luca (when he allowed us to swaddle him, haha), and I am going to buy a little set with a hat for the hospital. they have elasticity in them, making them easy to swaddle tightly and firmly. and if you remember, I had DOZENS of swaddle blankets (and grateful for all the brands that sent them to me), so I tested many, haha. I definitely need to brush up on my swaddling, though!

take photos during and post-birth

Lu asked me if he could take a video of the birth with Luca, and I said no. I said no because I wanted him to be part of it 100% and also, because I didn’t think I’d want to see it, haha. However, I do wish I had more pictures of the birth and post birth. We were just in SUCH shock, we barely took any photos! We don’t even have a photo of the three of us while I was in the hospital, isn’t that crazy? I’m considering having a photographer come for the birth! We’ll see.

I think as a FTM (first time mom), you are so concerned about providing educational and developmental activities for your baby. from “mommy & me” classes to sensory toy overload, it’s hard not to overdo it. it’s almost like you feel that your child won’t develop appropriately if you don’t go to these classes and buy these products. for us, Luca is an extremely aware and active baby and if he’s not being entertained, he’s whining and wants attention. he literally cannot sit still for 10 seconds. we’re always aware of this when we’re in public, like on an airplane. we’ll see other babies just sitting there looking around at their surroundings, happily, while Luca’s trying to pull out every item in the seats’ back pockets.

Now, maybe this is just Luca’s personality – he’s a curious explorer and very imaginative. and we totally encourage that, but we also want him to be able to play more independently and be stimulated just by his surroundings, not necessarily by a toy or an activity. so, with baby #2, we’re going to encourage more self-exploration and be less focused on jangling everything in her face and keeping her occupied 24/7. LUCKILY, I think this will happen naturally, because we’ll also have a toddler, so the attention will have to be split! 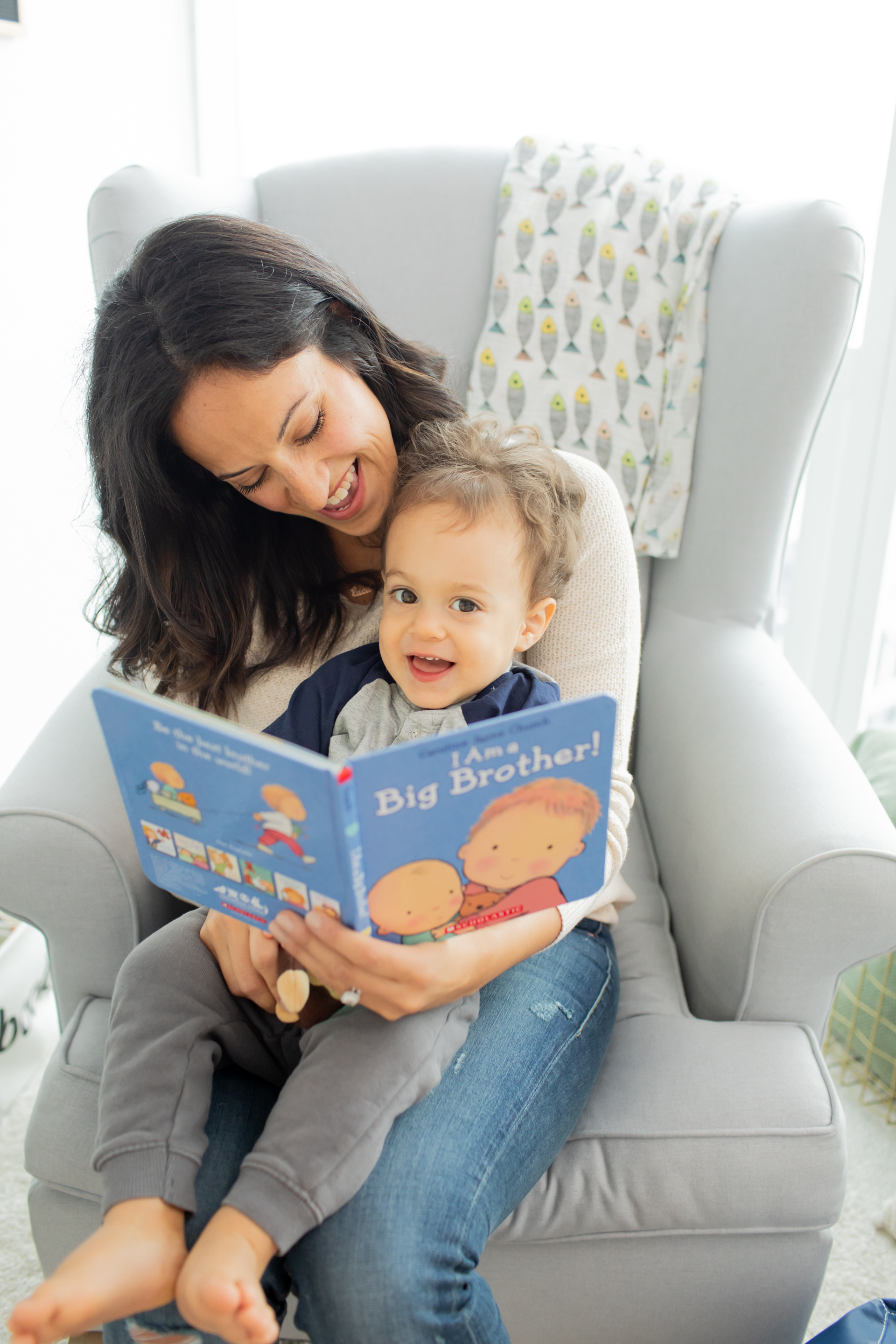 give more bottles in exchange for more of a social life

Okay, okay… I’ll finally admit it. I was a little psycho about giving Luca a bottle. he didn’t get a bottle for MONTHS. I can’t remember exactly, but it must have been around 6 months when he got his first bottle. Now, this was partly because pumping sucks, partly because I loved nursing Luca, and partly because I had a little bit of separation anxiety. I’d worry, “what if he doesn’t have enough milk!” when you’re breastfeeding, you don’t know how much milk the baby is actually getting, so when you give a bottle, you’re kind of just giving the “recommended” amount.

Yes, that means that Lu never did a night feeding, ever. He ended up giving Luca bottles later on, when I was gone on a work trip (happened a couple of times) or went out with friends (way later down the road, like 10-12 months.) He really loved giving Luca a bottle, so I partly want to give Luca more bottles, so Lu can have that experience. Lu never once asked me if he could give the baby a bottle, so I never even thought of it, but I know that he enjoyed it.

There were times when my mother was in town and I wouldn’t leave the house to go out with Lu on a date because I didn’t want Luca to get a bottle! It sounds crazy now, because a little separation is healthy for the baby and me. However, it’s hard to think about leaving, just because I really did love nursing so so much. It was my favorite part of motherhood in the first few months – the only time we had together.

This is kind of a silly one, but I was so overwhelmed as a first time mother, that I wasn’t consistent with my monthly photos. It was weeks later when I thought of it. I think I took about 50-60% of his first month’s photos. They weren’t consistent, so you can’t really compare them. I’d love to be better at it this time, so I have the memory. I have friends who have made adorable baby photo books out of these photos! They say you care less about this stuff with babies after your first, but I feel differently so far!

Especially because I plan on doing baby led weaning with baby #2, I want to take a stab at teaching some sign language. I wish that I knew when Luca wanted milk specifically (when he was older and not nursing as frequently), knew when he wanted water, food, etc. I think it’s amazing that a baby can learn this at such a young age! It’s my goal with baby girl!

say no to the phone during nursing

now, of course, this one is all dependent on if I’m able to nurse successfully again (every baby is different, they say), but, if I am, I want to say no to the cell phone, especially in the early months. The nursing sessions are sooooo long in the beginning (some can be 30-45-60 minutes!) and it’s easy to grab your phone for some entertainment. However, these times are so important to be focused and just so precious. I hate that a lot of the time, I was on my phone and kind of autopilot nursing. Halfway through my early nursing journey, I left my phone outside of the area I was nursing, and I was so much happier! Think about it – you may see something on social media that upsets you or makes you feel less than and all while you’re nursing your baby and surging with emotions? No bueno.

I’m currently looking into pelvic floor therapy for this pregnancy, but I definitely want to do it after this birth as well. I can’t imagine my incontinence getting worse, so I know it’s an issue I need to focus on. Another case of a mama not putting herself first! I’ve been doing many more kegels this pregnancy than the first (I rarely, if ever did them – ugh!) My advice to new/expectant mamas: DO THOSE KEGELS, LADIES!

I think that’s it! I’m sure as we raise baby girl, things will come up, but for now, this is what is top of mind! what are you looking forward to do doing differently your second time around, for those of you expecting your next baby? 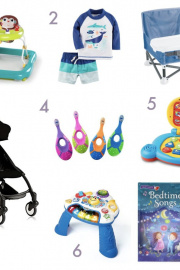