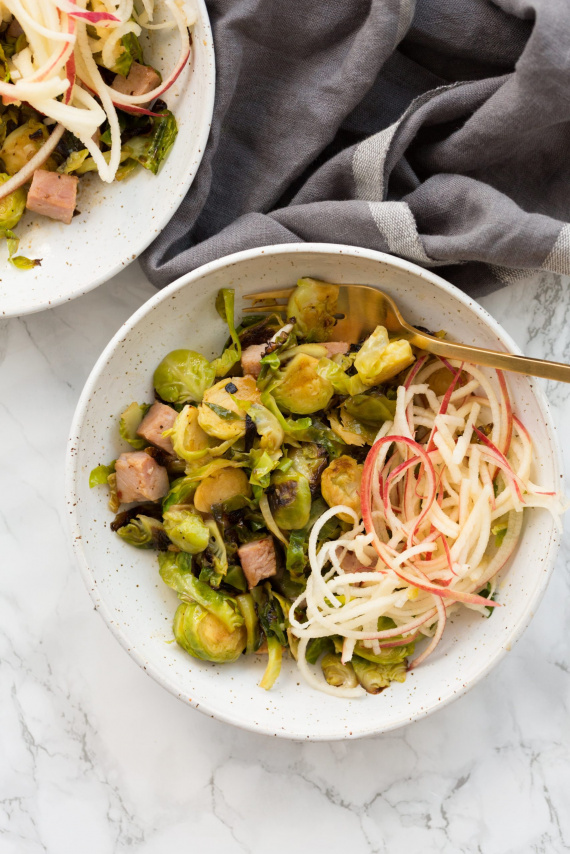 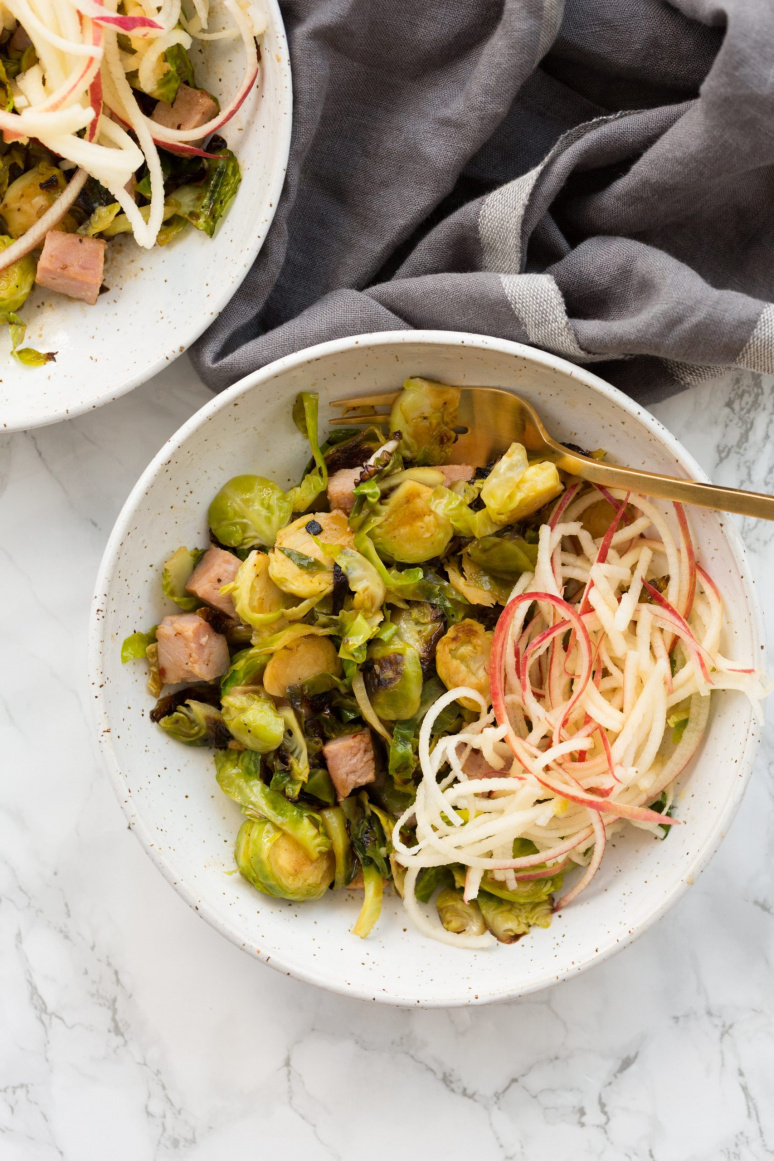 It’s nearing that time of the year: the holidays! Thanksgiving, Christmas, Hanukkah, New Year’s, and everything in between!

It’s time to gather with friends and family around the table and eat delicious food – and this year, let’s make it healthy too. Whether you’re attending a holiday potluck, planning Thanksgiving or Christmas dinner, or just want a special meal at home, you’ll love this recipe. 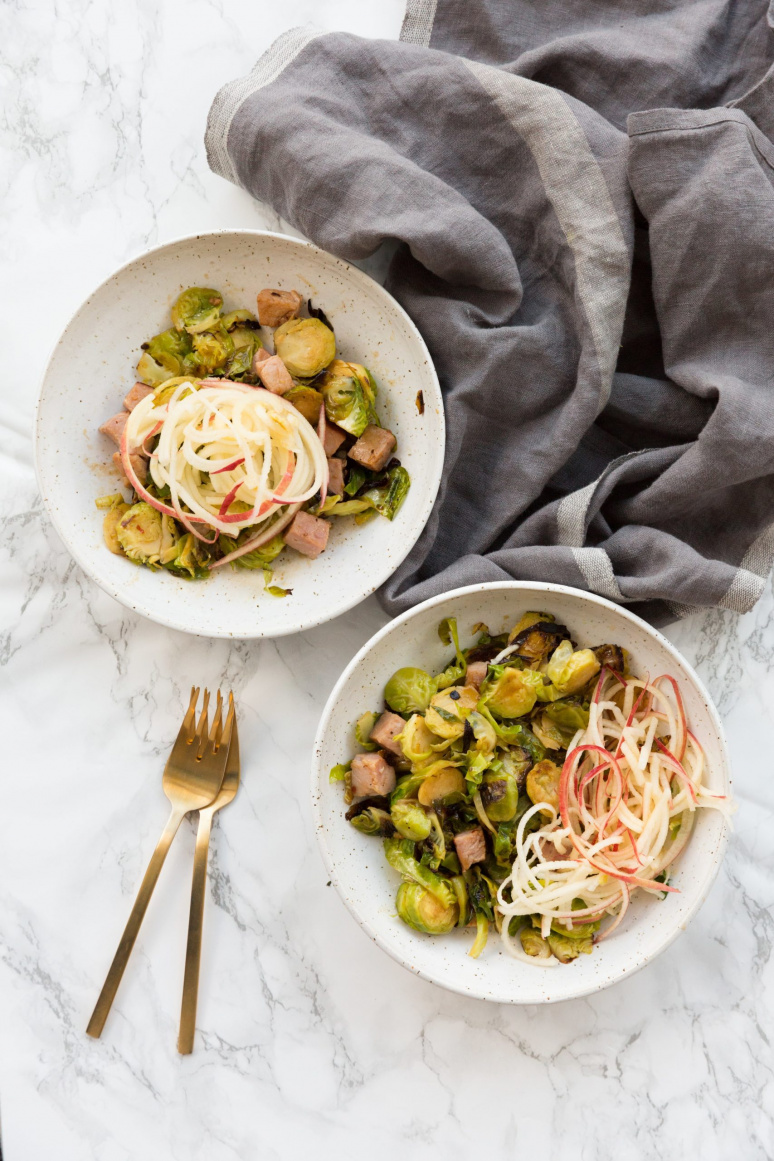 The Brussels sprouts soak up the flavor of the salty ham and the easy maple broth gives the dish an extra kick of sweetness, which is complemented by the spiralized apples.

If you’re looking for spiralizer recipes using apples, this is it! If you’re a vegetarian, swap in your favorite veg protein here, like a maple glazed tofu or even just toss in some quinoa.

You can prepare this in advance, just don’t spiralize the apples until you’re ready to serve – they’ll oxidize and brown quickly. 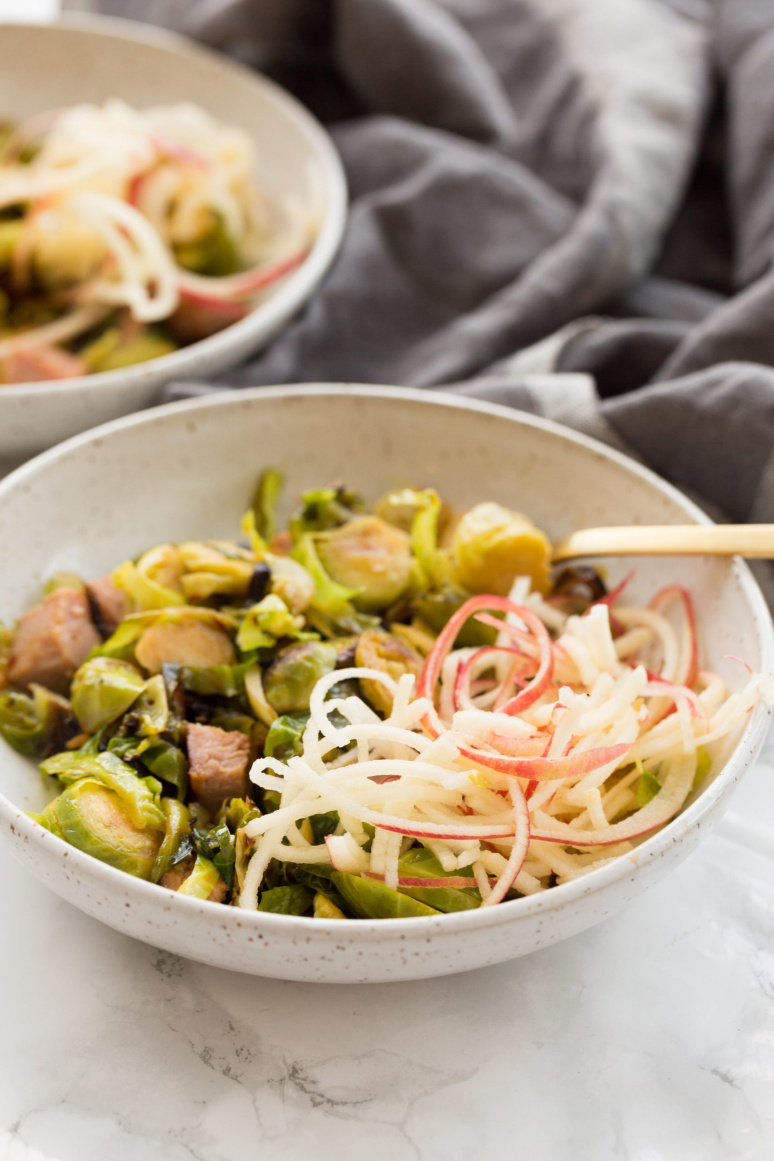 You can serve this as a side dish (perfect for Thanksgiving) or it can be enjoyed as a solo meal. If you’re serving to a group, toss the spiralized apples with the brussels sprouts and ham mixture so they evenly distribute throughout.

Want to make this for breakfast? Top it with a fried egg!

Watch our video to learn how to spiralize an apple using the Inspiralizer and subscribe to our YouTube channel to watch more videos: 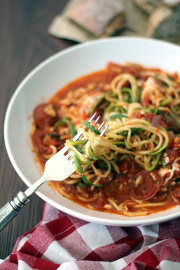