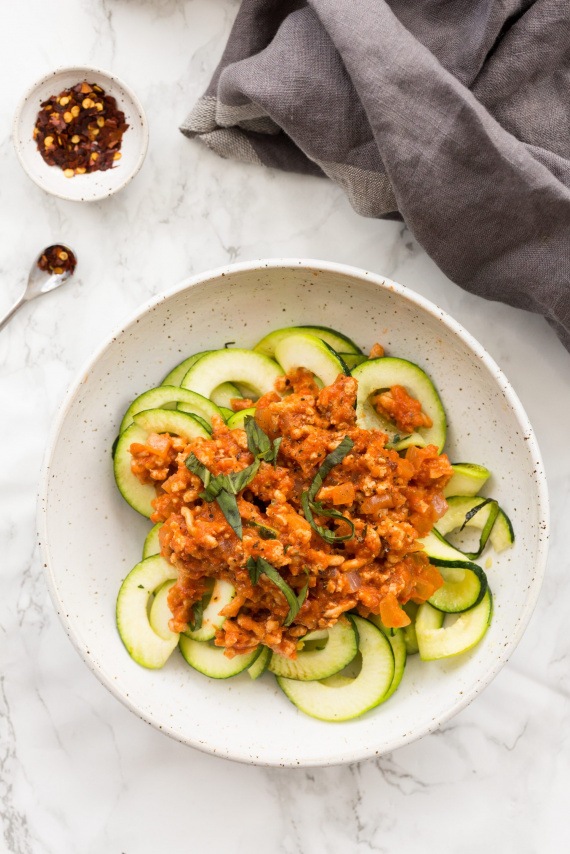 Pasta, Zucchini + Summer Squash
This dairy free vodka sauce is creamy thanks to coconut cream, a healthier alternative to cream. Stirred with cooked ground chicken and served over zucchini noodles, it's a flavorful, healthy, gluten-free bowl of pasta!
jump to recipe
share this recipe 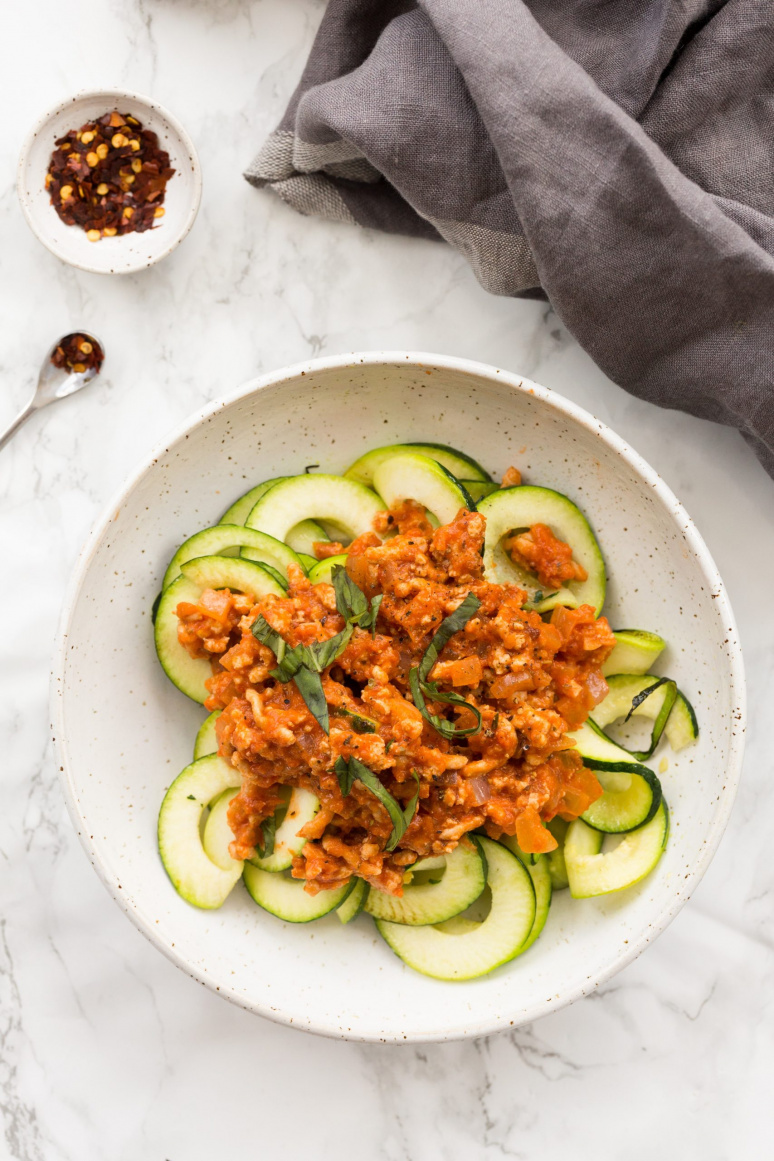 Vodka sauce is creamy and robust flavored – it’s one of those dishes you love to order when you’re out on a romantic date or having a special occasion. It’s creamy from heavy cream and typically served with penne.

This healthier, lighter version ditches the penne for fluffy zucchini noodles (made on Blade C with the Inspiralizer so they’re thick enough to soak up the delicious sauce) and coconut cream instead of heavy cream. 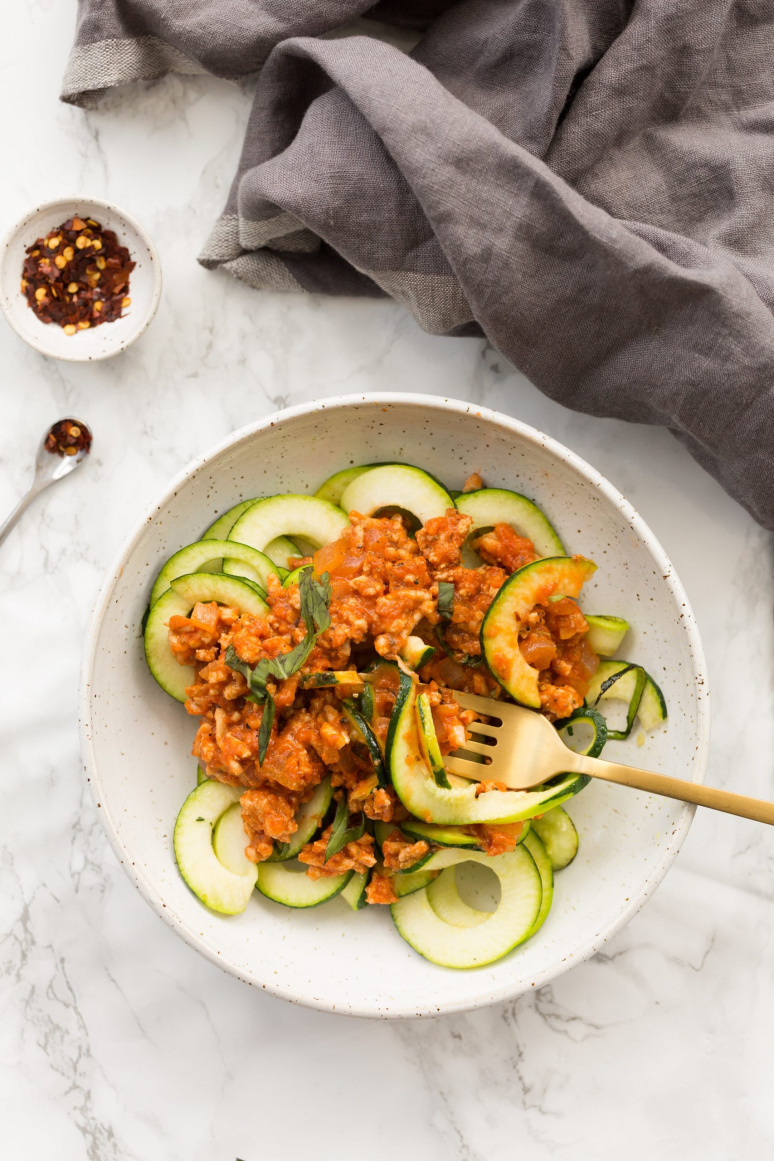 And no, if you add coconut cream to this sauce, it won’t taste like coconut. The flavors from the tomatoes, herbs, and garlic are what you taste – with a slight sweetness. All you’ll be saying is, “Mm, mm, mm!”

You can use this vegan vodka sauce in many other ways, but here, I’ve stirred in ground chicken for a lean protein and for more texture to the sauce. 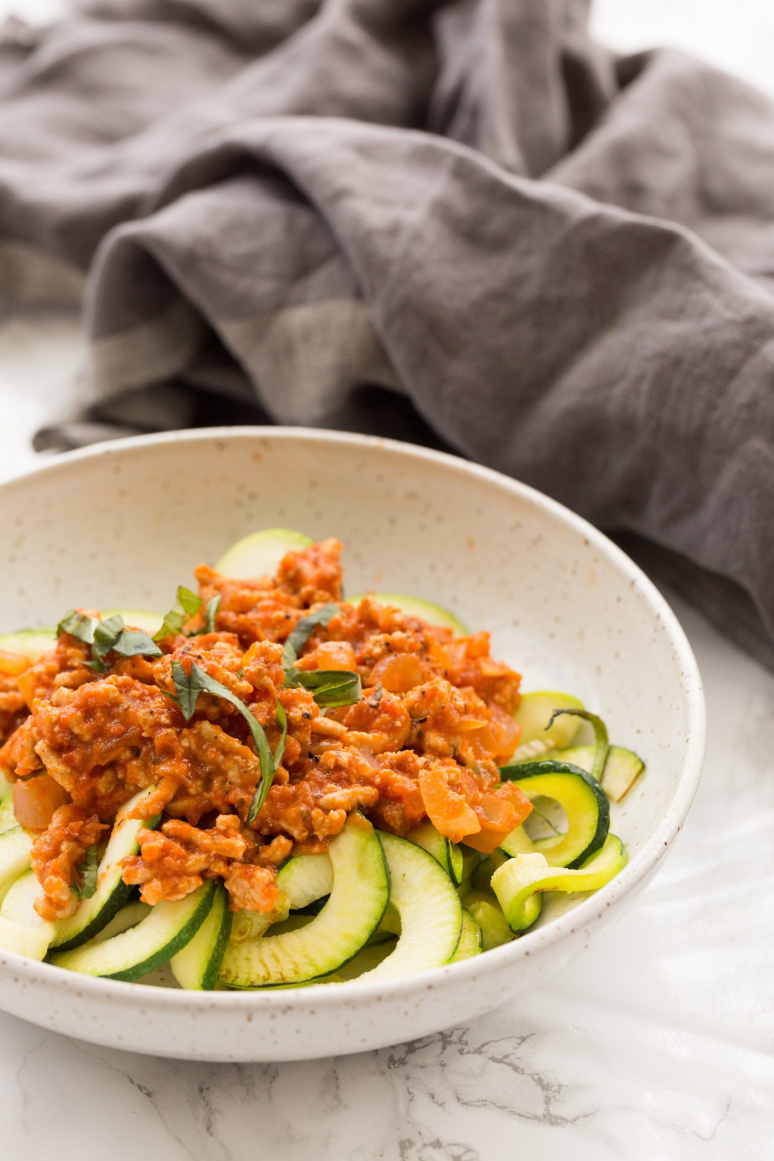 If you’re vegetarian, stir in some cooked beluga lentils into the vodka sauce for a meat-free alternative.

And yes, this recipe is meal-prep friendly, just don’t cook the zucchini noodles until you’re ready to serve, or else they’ll get soggy. Here are some tips to avoid watery zucchini noodles, while we’re on that topic. 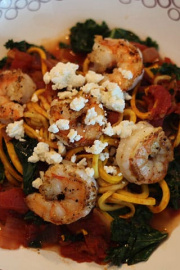