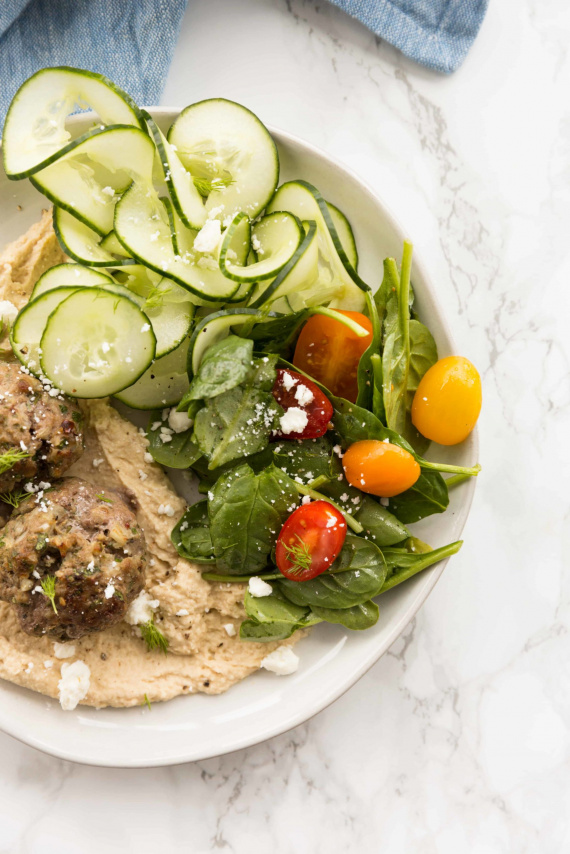 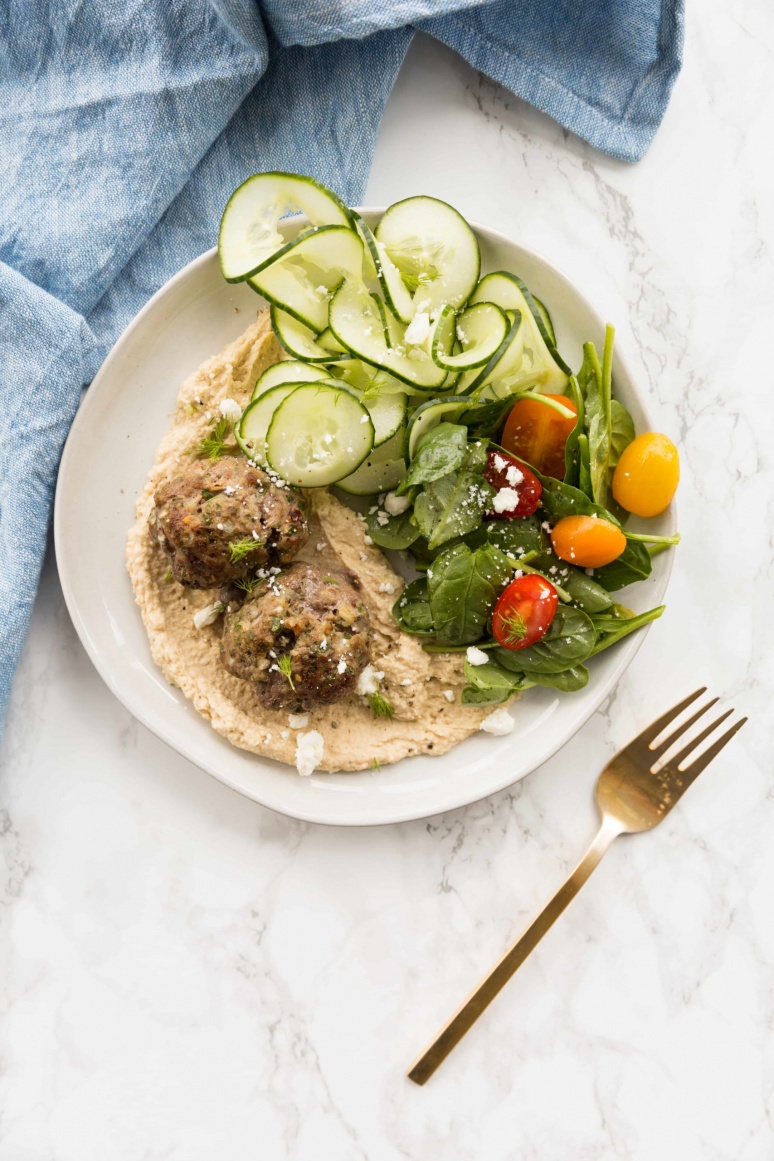 Another Mediterranean-inspired dish on the blog! I guess I’m really craving a European vacation, haha! That does sound really nice…

As I’ve mentioned a few times before, I’ve been eating more types of animal protein ever since I got pregnant and had a baby. And lately, I’ve really been enjoying lamb, which is interesting, because before Luca, I hadn’t touched lamb since 2005. Amazing what pregnancy and childbirth can do to you! 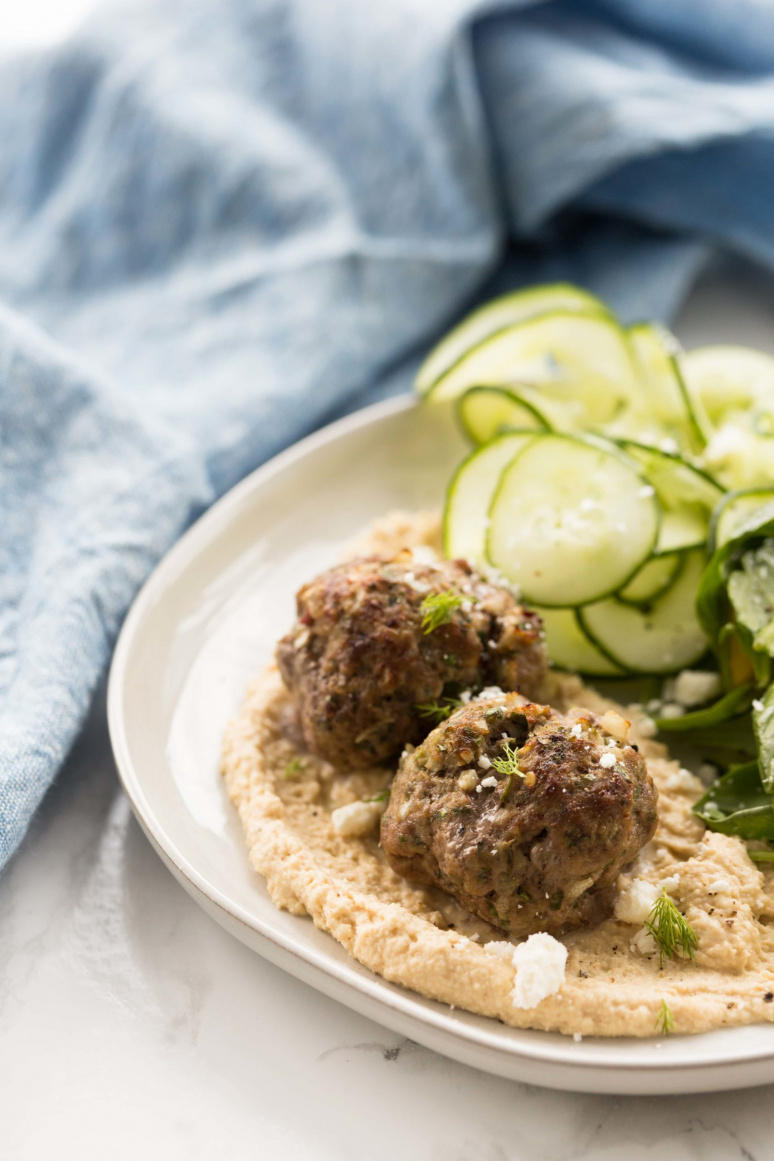 Speaking of, Luca LOVES these meatballs. I’ve given him a similar version (from my new cookbook) and he eats almost two full meatballs! It’s incredible to see – and they’re obviously adult-approved, too. These are one of Lu’s favorites!

I’m always craving a bunch of flavors and textures when I’m hungry – I don’t want to commit to just one food or flavor, which is why I love Mediterranean food: the mezze! I love ordering mezze platters at our favorite Lebanese restaurant, for example. 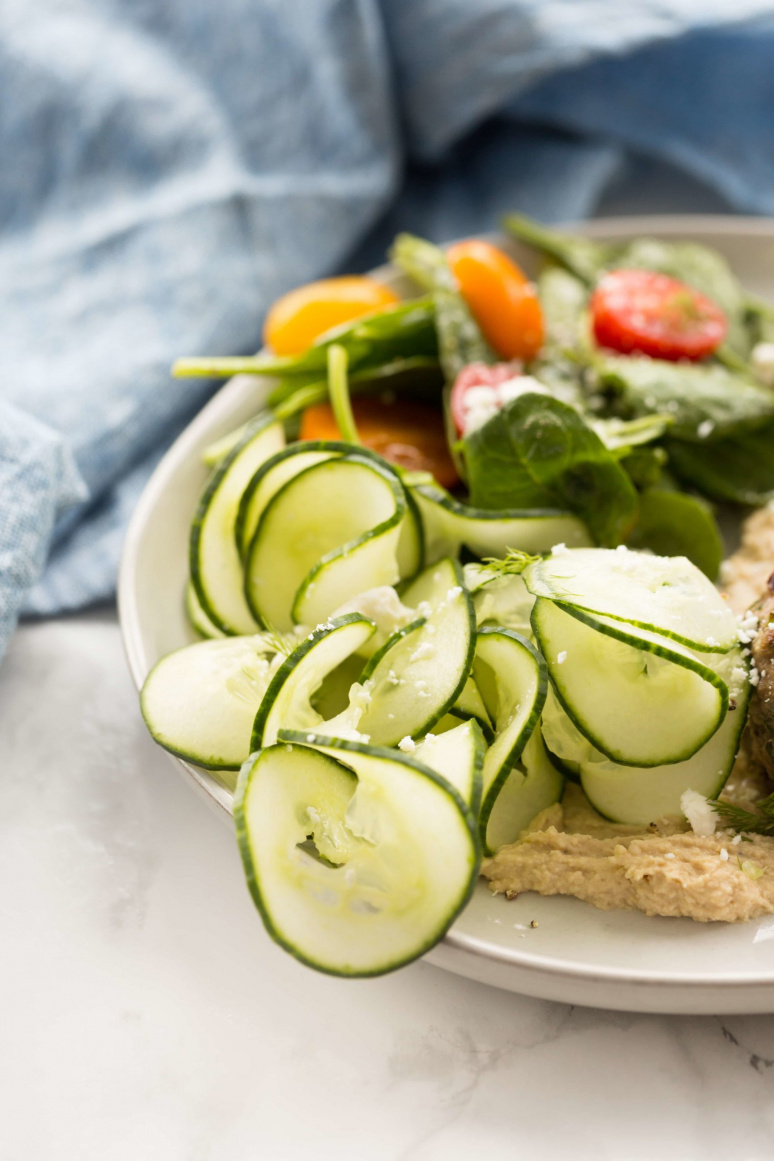 This dish has it all – and you can totally serve it in a bowl (bowl meals are so trendy, aren’t they?), but I love it on a plate, because you can spread out the hummus, which is easier for eating. There’s a simple fresh salad with tomatoes, creamy hummus for stirring in with the cucumbers and meatballs, and just the slightest dusting of feta and dill for extra flavor, protein, and texture!

Spiralized cucumbers are much more exciting than a chopped cucumber salad and as I’ve said before, they make a meal heartier and more complete. It’s all about texture! 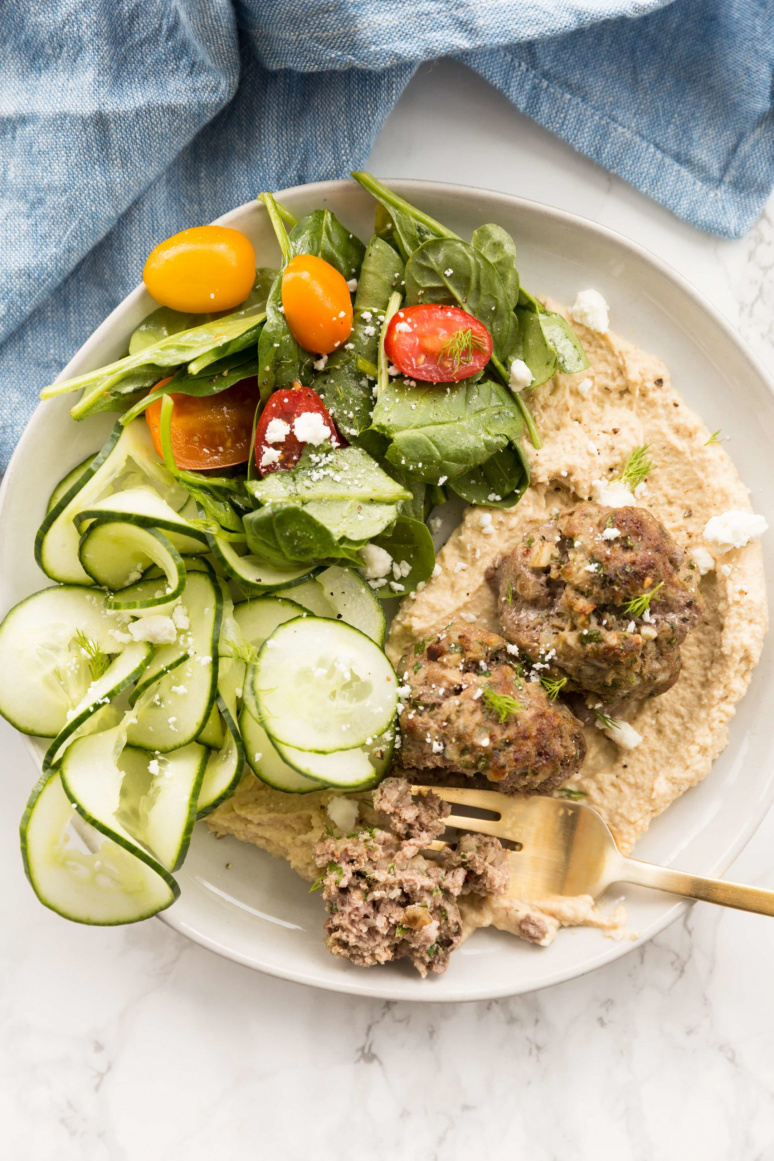 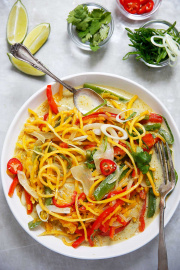