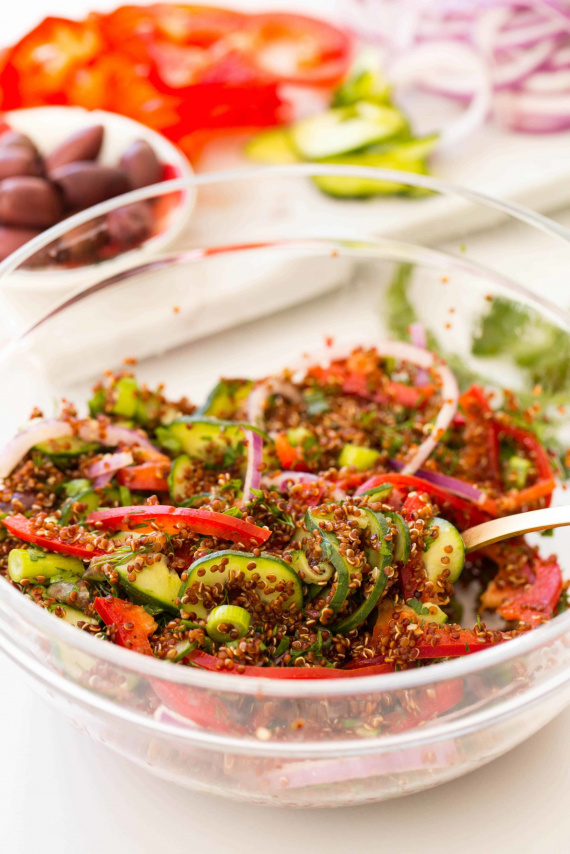 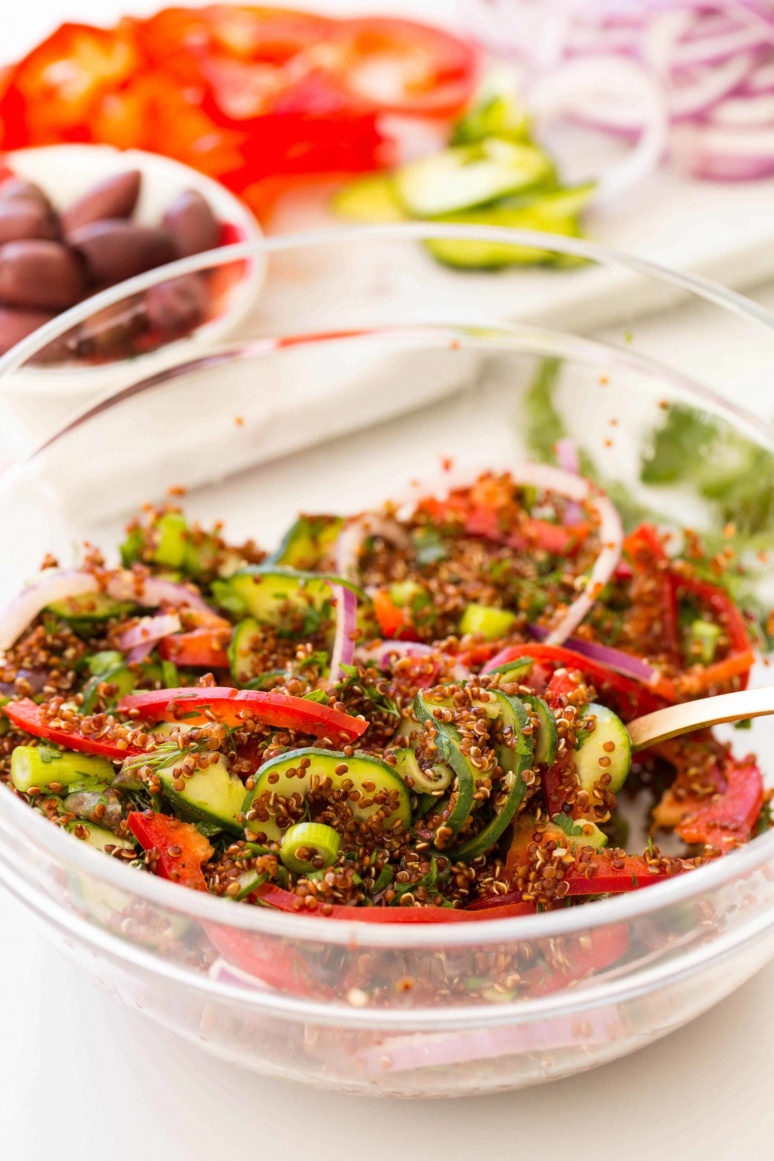 Congratulations to my friend Megan (aka The Detoxinista) whose second cookbook, No Excuses Detox, publishes today!

I had the pleasure of meeting Megan last year on a blogging trip and she’s absolutely one of the sweetest humans I’ve ever met. So kind, humble, and really passionate about helping people live their healthiest lives.

Today, I’m sharing a recipe straight from her new cookbook! 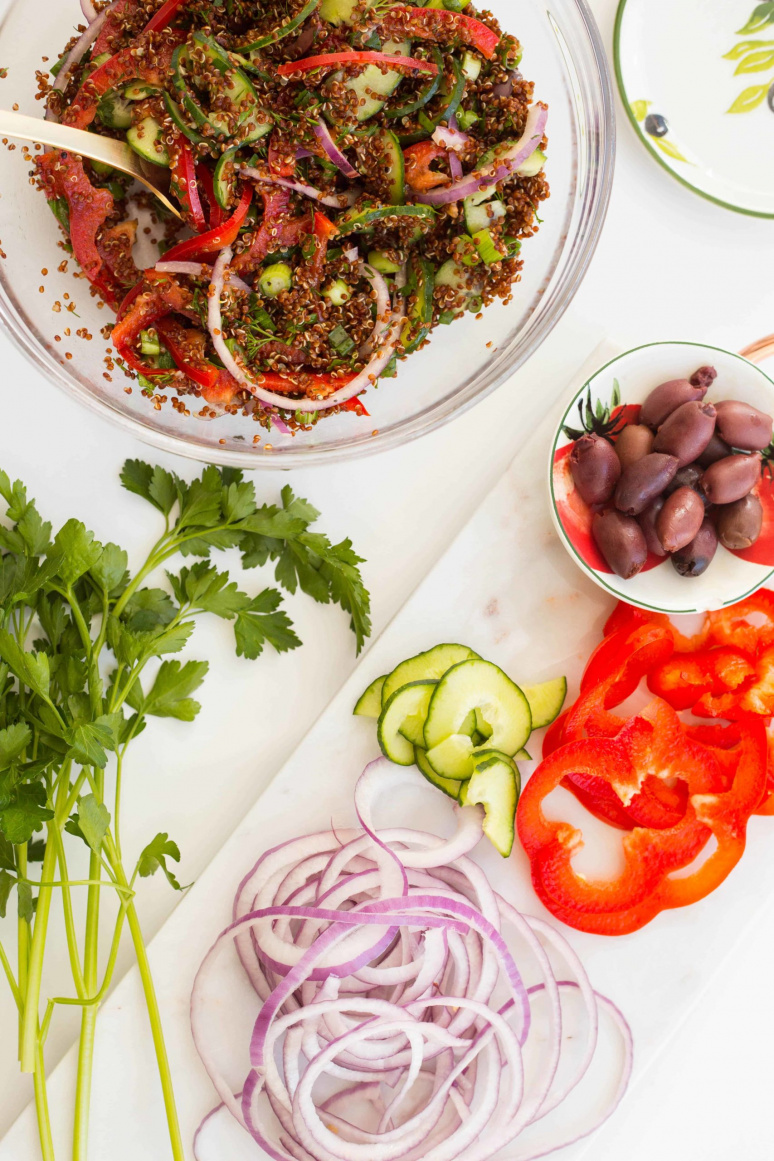 What I love most about this recipe is that it a) saves well, b) is packed with protein, c) is easy to make and d) is versatile – you can pack it in a whole wheat pita or wrap and have it as a sandwich (maybe with a little hummus and avocado) or you can enjoy it just as is – like a salad!

The dressing is simple and fresh, made with lemon juice – and I personally love the veggies spiralized, instead of chopped. It gives it more flair – and texture! The fresh herbs and olives give it that Mediterranean taste, too.

If you’re looking for a new cookbook to try, there are a lot of basic, healthy recipes in Megan’s new book, No Excuses Detox! 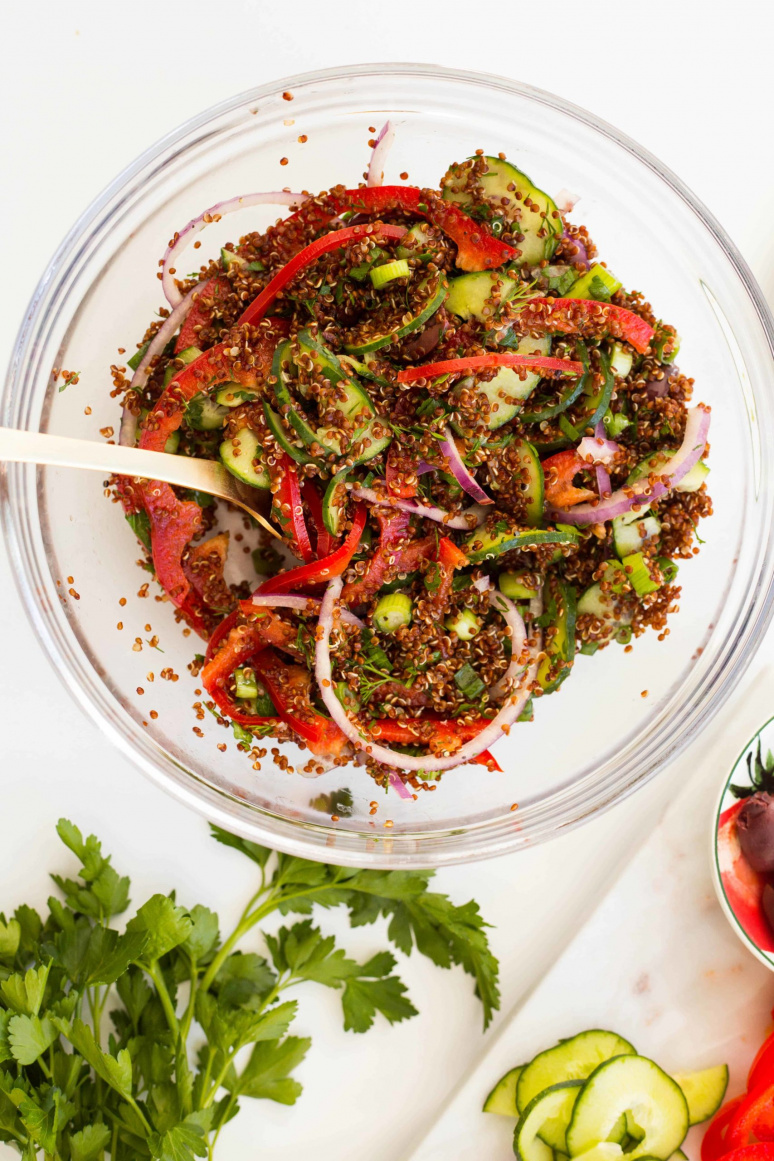 I hope everyone had a great long holiday weekend! I’m itching for a big trip somewhere. We’re looking at Bermuda and Hawaii – has anyone been?

We’re looking to go in May and worried that Bermuda will be too cold, but we’re SUCH clear-blue-water beach people (I blame it on living on the East coast and always traveling to the Caribbean) and the beaches in Hawaii just seem underwhelming. Is that crazy to think?!

Watch our video to learn how to spiralize a bell pepper using the Inspiralizer and subscribe to our YouTube channel to watch more videos: 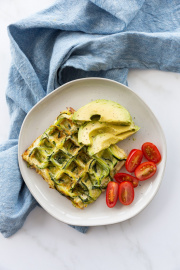