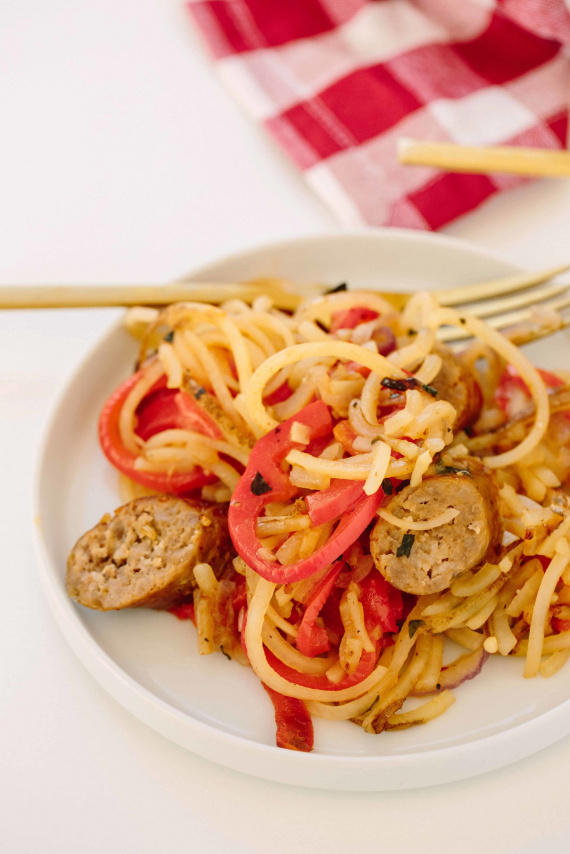 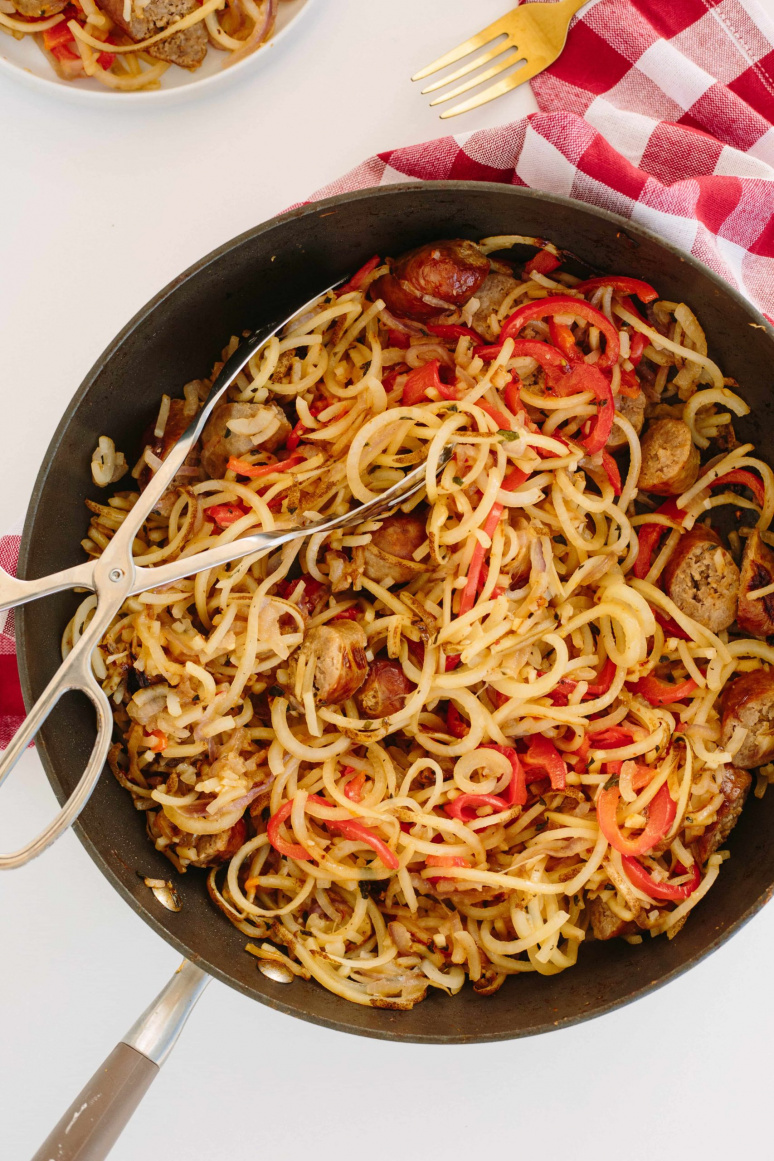 On Super Bowl Sunday, I posted this photo on Instagram of a spiralized dish that my mother brought to eat during the game.

I must have receive a hundred messages on Instagram and Snapchat about that dish, so I called my mother first thing Monday morning and had her walk me through the recipe.

Now, it’s on the blog! And because I had about three servings, let me tell you: MAKE THIS.

I had actually never baked sausage in the oven before, but now, I don’t know how else I’ll ever cook it (aside from crumbling for a lasagna like this one.) The sausage cooks evenly (just shake the pan a couple of times while it cooks) and voila – crisp on the outside, perfectly cooked on the inside. 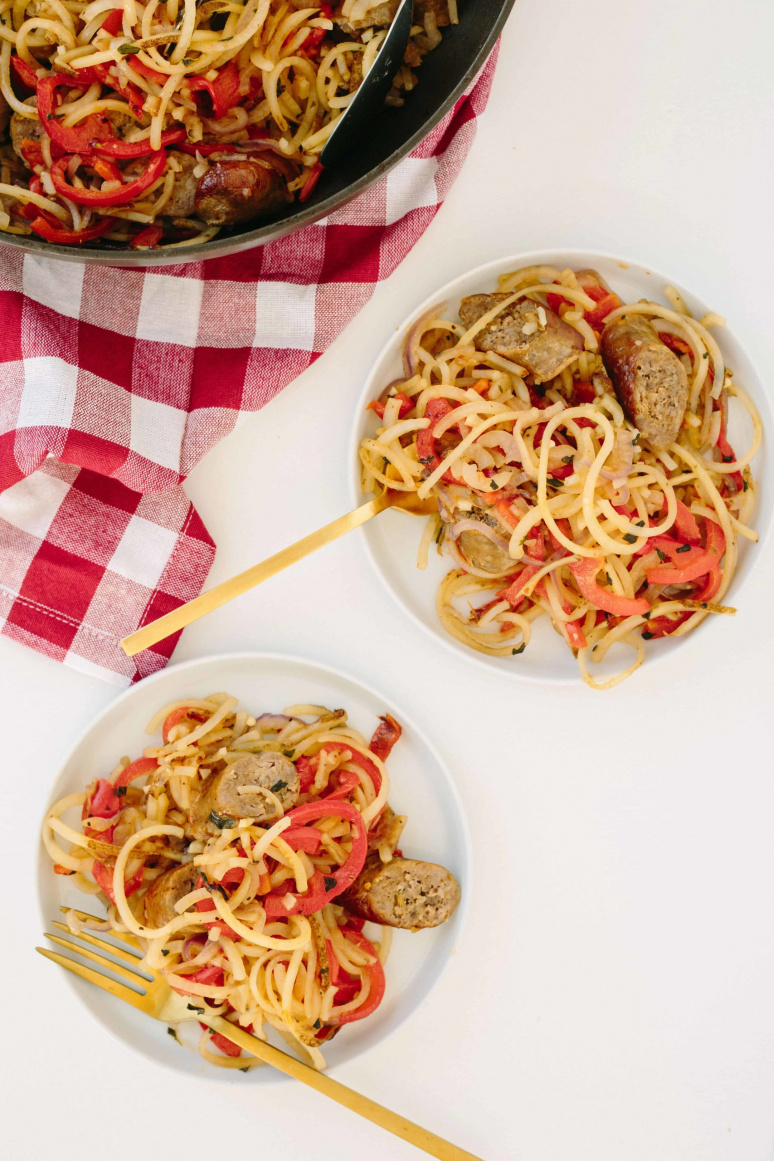 I used sweet Italian fennel sausage in this recipe, but you could omit the red pepper flakes and use spicy sausage. OR, do a combo – sweet and spicy sausage. And if you’re not a meat-eater, just toss in some chickpeas or quinoa, because the flavor from the potatoes, peppers, onions, basil, and oregano are all you need!

This dish saves well, too – you can even freeze it, it will all defrost.

On a side note, I’m asked at least once a day where my “big pan from your cooking snaps” is from. You can find out more about the pan here. I swear by it – NOTHING sticks to it and it holds SO much (like this deliciousness I’m sharing today.)

So thanks to you Mom, for sharing your recipe with everyone – I know you read my blog everyday, so I’m sure you’ll love this post the most! 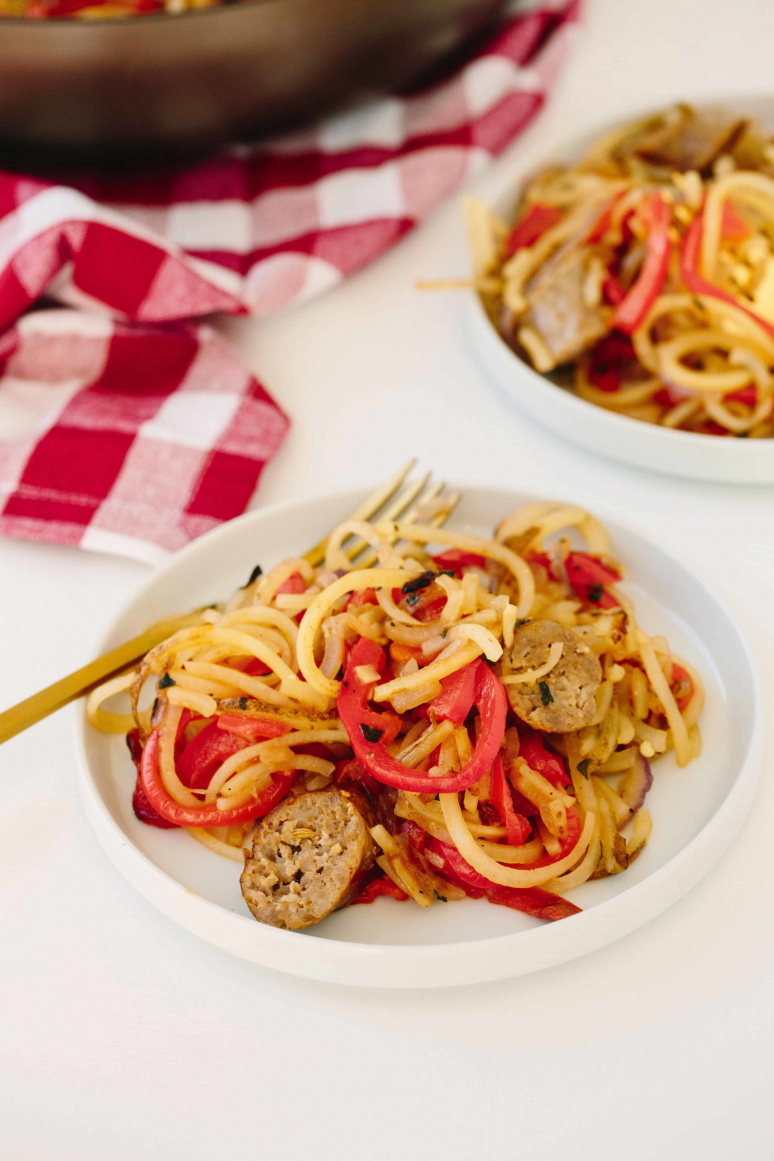 Stay tuned tomorrow for another “What I Ate Today” and a #livinginspiralized feature. I’m answering another one of your questions! 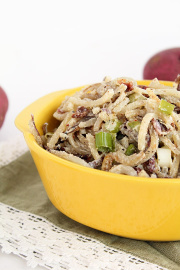