Gluten Free, Paleo, Meat & Poultry, Noodles, Potato
A flavorful, juicy chicken dish that uses spiralized bell peppers and potatoes for a quick, easy, and meal prep friendly meal for those busy weeknights - or on a night when you want to make an intimate dinner, but don't want to do a lot of dishes!
jump to recipe
share this recipe

This recipe was originally published in 2014, when I wasn’t even spiralizing bell peppers! It was one of the first one pot meals I made, and I was so proud of it, because it is one of those dishes that tastes restaurant-worthy, but is easy to make and the cleanup is a breeze. It’s perfect for entertaining or just for an intimate dinner in – with some wine, if you partake! 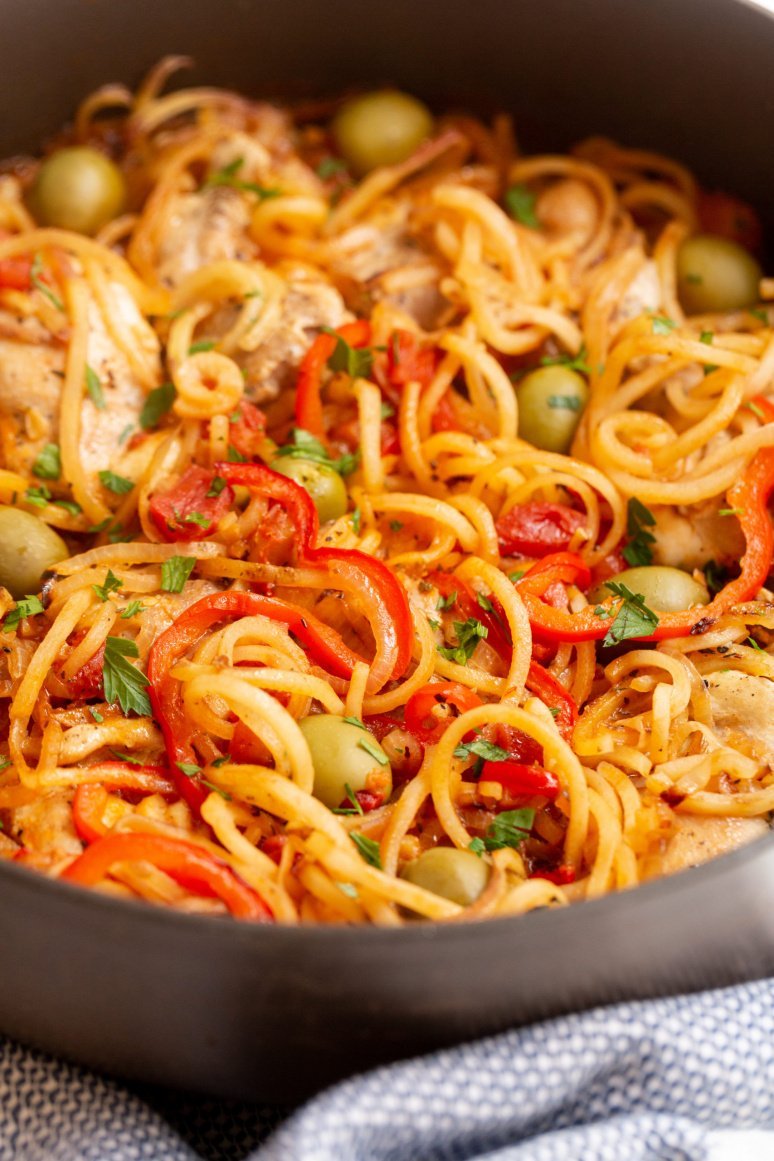 Basque-style chicken is basically a pepper chicken stew, using bell peppers, chicken, broth, and a specific pepper of the Basque region of Spain. Since we don’t live in the Basque region and access to that Espelette pepper is a bit hard, you can use paprika here to bring the flavors together.

And since all I’m thinking about right now is traveling somewhere exotic (once it’s safe to do so again!), I revisited this oldie but a goodie recipe to update the photos and make this delicious meal for the family. 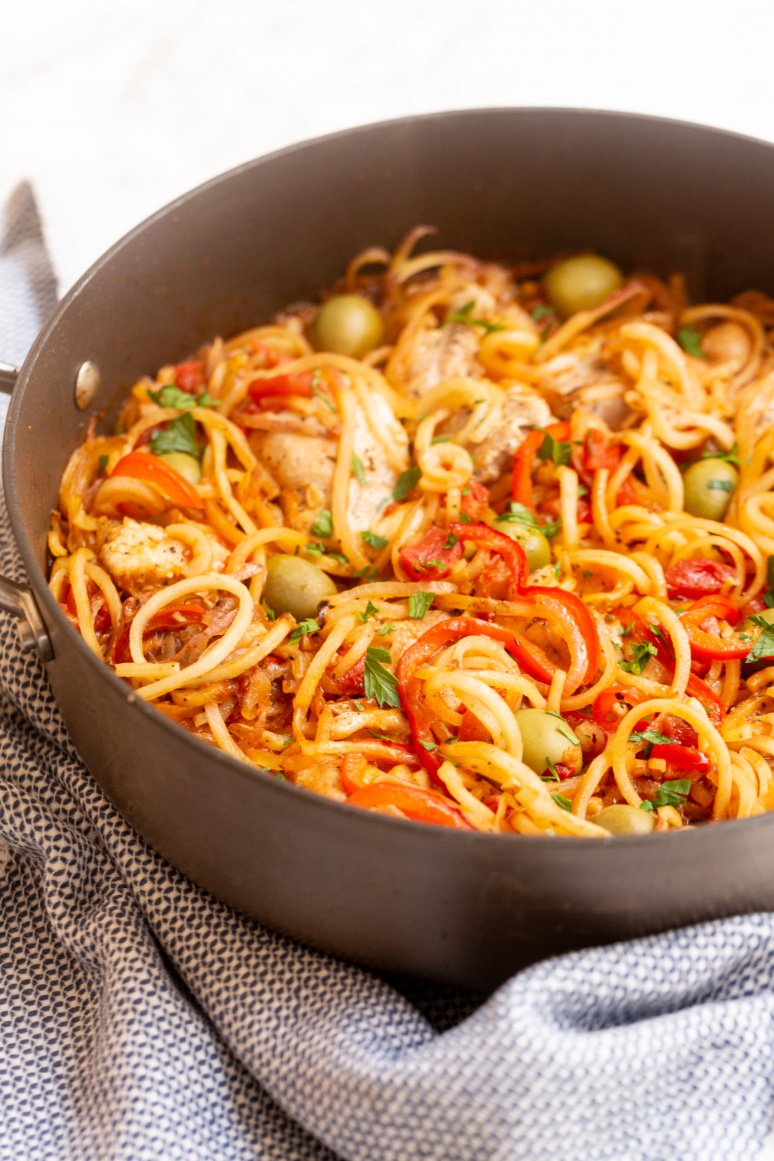 The chicken is braised, the potato and pepper noodles cook and soften in the juices of the chicken and the olives offer a tangy and bright saltiness to this one pan meal. The chicken browns first, giving it a little crisp on the outside that complements the softness of the bell peppers and the al dente crunch of the potato noodles.

If you don’t eat chicken, you could try this with a white flaky fish, too. Make this and you’ll be amazed by how flavorful and texturally delightful it is. 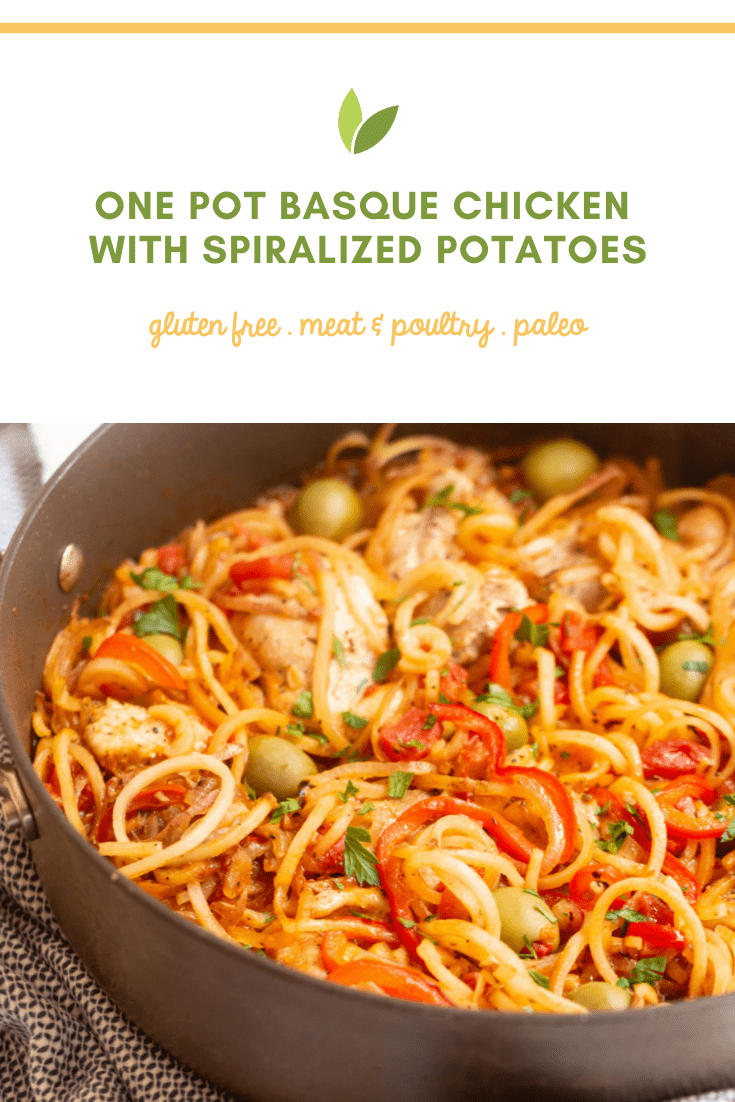 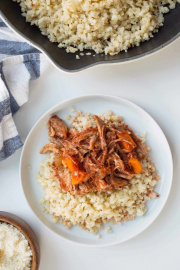