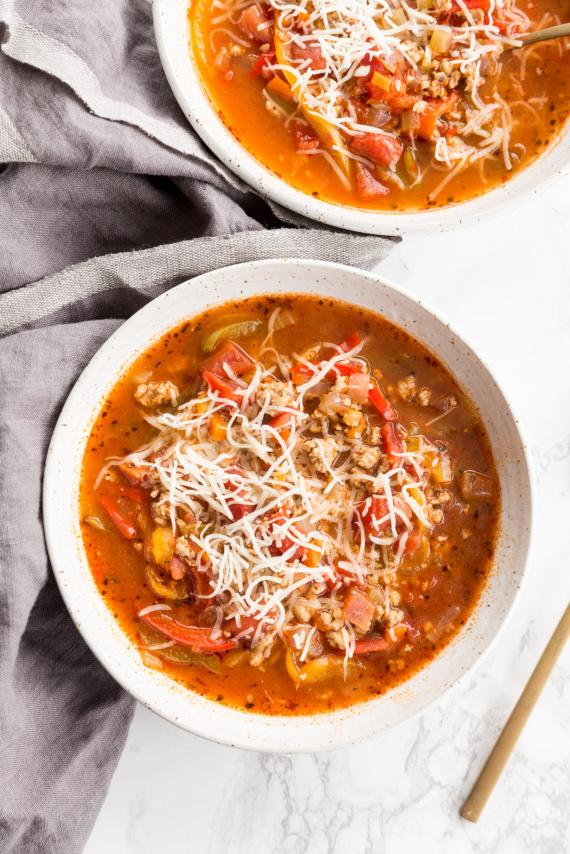 Gluten Free, 30 Minute Meals, Soups and Stews, Bell Pepper
This stuffed pepper soup is made easy in a pressure cooker and with spiralized bell peppers, for easy prep and cleanup, as a one pot meal!
jump to recipe
share this recipe

Stuffed pepper soup is exactly what it sounds like – a soup version of stuffed peppers! Stuffed peppers are one of my favorite meal prep meals, because they save well, reheat well, and although they take a lot of prep work, they’re easy to make. 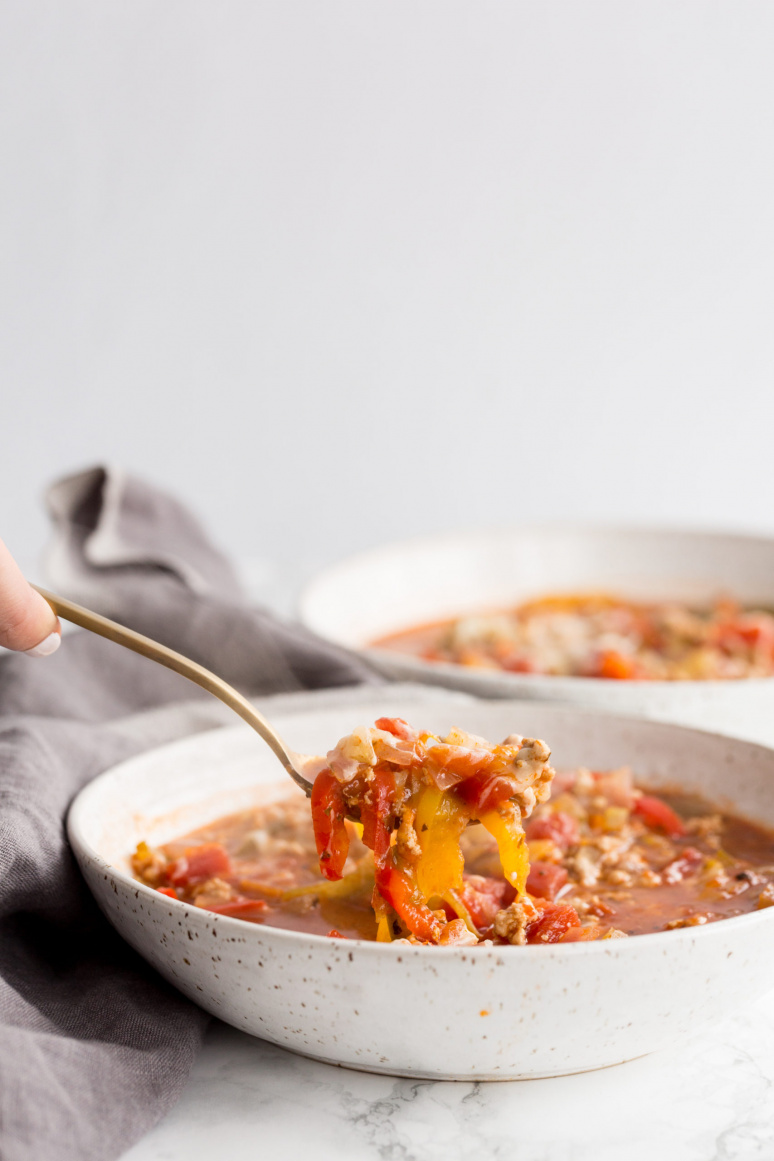 Stuffed peppers come in many different forms – sometimes there’s meat, something there’s a grain (like rice or quinoa), but no matter which way you make them, they’re always satisfying and easily translated into a soup.

The soup version of stuffed peppers is basically a deconstructed version in soup broth. I love the tomato-y base of this stuffed pepper soup and instead of spending time over the stovetop, it’s all made in a pressure cooker (I love my Mealthy), so you can literally add all the ingredients and step away. 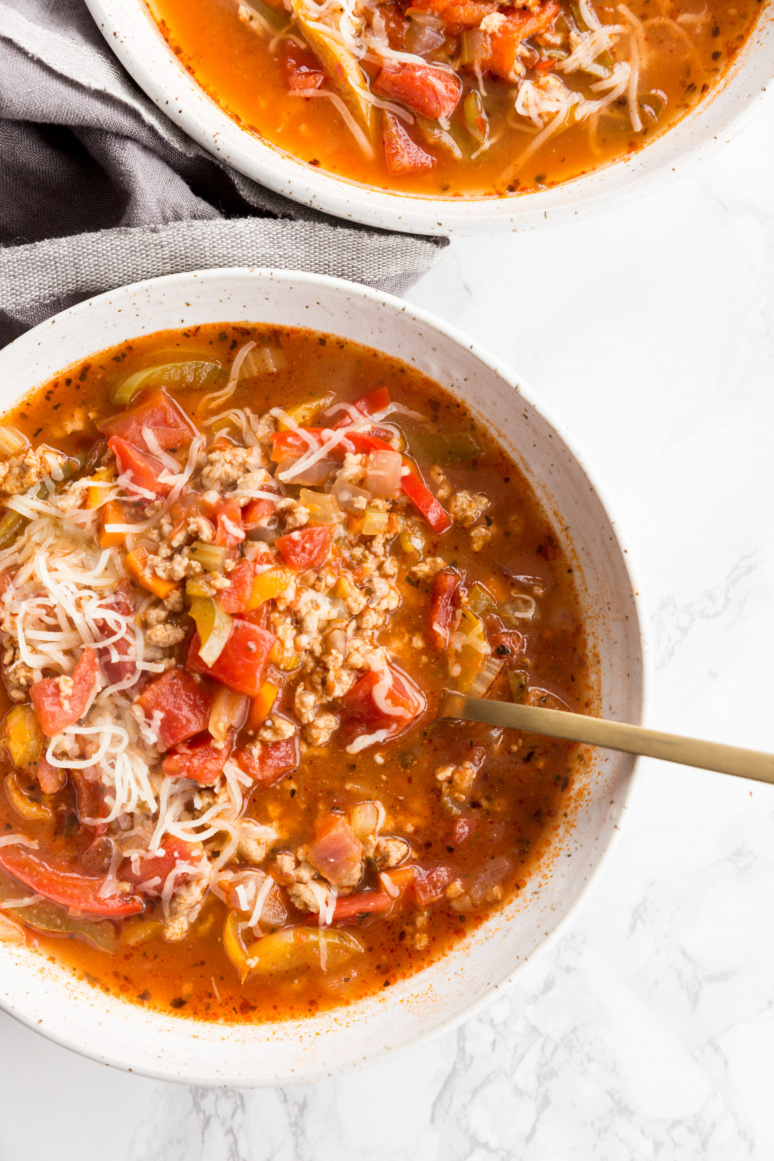 Of course, since this is Inspiralized, the peppers are spiralized, which is not only easier to prep, but a nice consistency to the soup. If you’d like to make this soup even heartier, you could stir in some cooked grains (farro, brown rice, or quinoa) at the end, once you’re done cooking.

You can swap in ground chicken or ground beef here for the ground turkey, for a different protein and flavor. This soup also saves and reheats well, so bookmark it for meal prep! 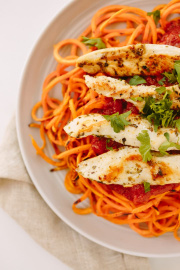