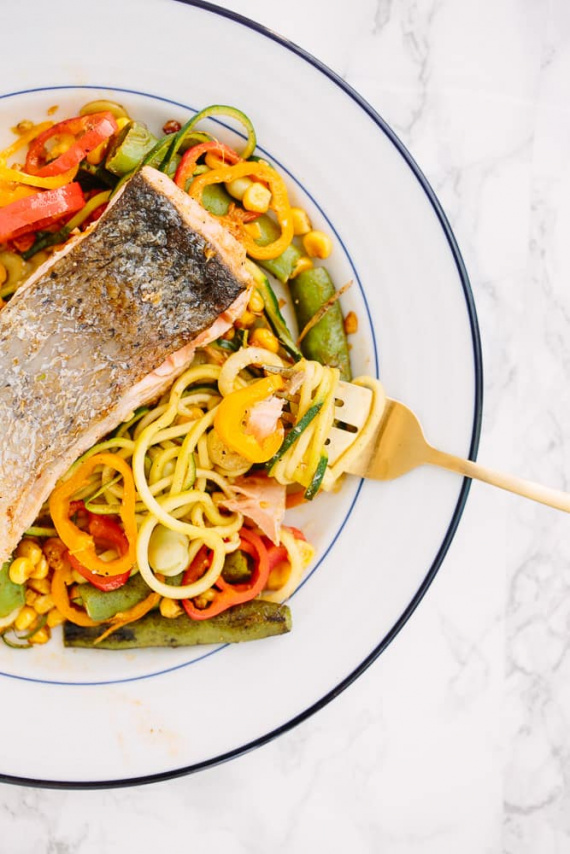 Gluten Free, Entrees, Seafood, Zucchini + Summer Squash
Can you tell that I’m excited for summer? I was actually at the Union Square...
jump to recipe
share this recipe

Can you tell that I’m excited for summer?

I was actually at the Union Square Farmer’s Market (in NYC) last week and I was so disappointed in the produce – it was all late winter stuff! I went with a full list, ready to fill my tote bag with strawberries, leeks, asparagus, and cherries.

To my dismay, it was all parsnips, kale and sweet potatoes!

However, I did manage to pick up some gorgeous looking frisee lettuce and Austrian potatoes and I made my own little farmer’s market salad. Lu loved it – and of course, went back for seconds on the potatoes (I roasted them with salt, pepper, dried thyme and olive oil.)

This recipe came about because I was craving salmon for lunch, and it was a 70+ degree day (LOVE that it’s finally, truly spring!), so I opted for a more summery dish. I used sweet peppers, zucchini, corn, and snap peas. 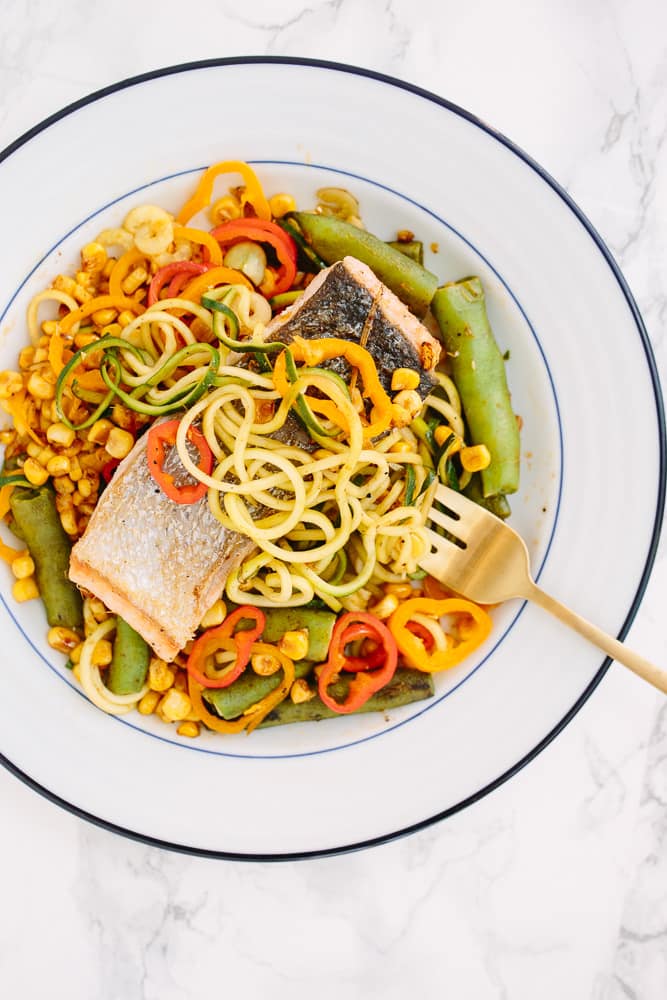 The seasonings on this are so light – olive oil, salt, pepper and some paprika. Seriously, that’s all you need because the flavors of the veggies stand out and speak loudly! And of course, you can add corn to anything and I’d love it.

You could also poach, grill, or roast salmon if you don’t want to sear it with olive oil. The salmon isn’t the star of this dish – it’s the veggie slaw! Adding spiralized veggies into the mix steps the “veggie side” dish up a notch – you’re all of a sudden eating pasta, instead of some cubed/diced veggies.

I’m ready to conquer this week. I watched an episode of Follow the Leader on CNBC the other day and got extremely amped up after watching Gary Vaynerchuk. What a hustler! People like that always inspire me to push harder and after learning more about him, I realized there is much more time in the day. Time to crush it! 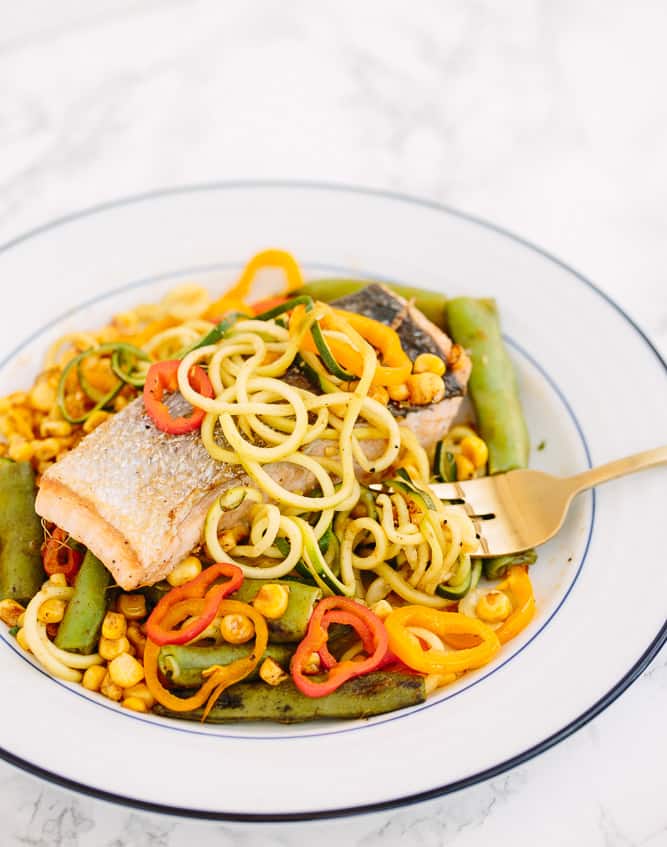 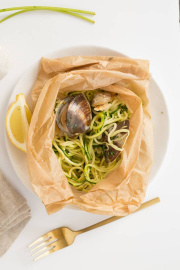