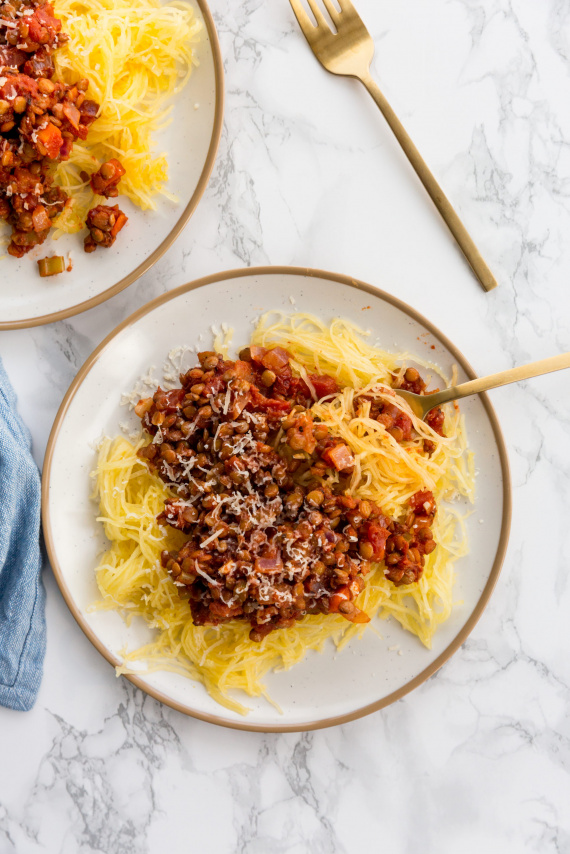 Vegetarian, Pasta
Spaghetti squash is cooked to al dente perfection in a pressure cooker and topped with this plant based bolognese sauce, using simmered lentils, bay leaves, tomatoes, and all the right dried herbs for a beautiful meal that saves well and serves a crowd.
jump to recipe
share this recipe 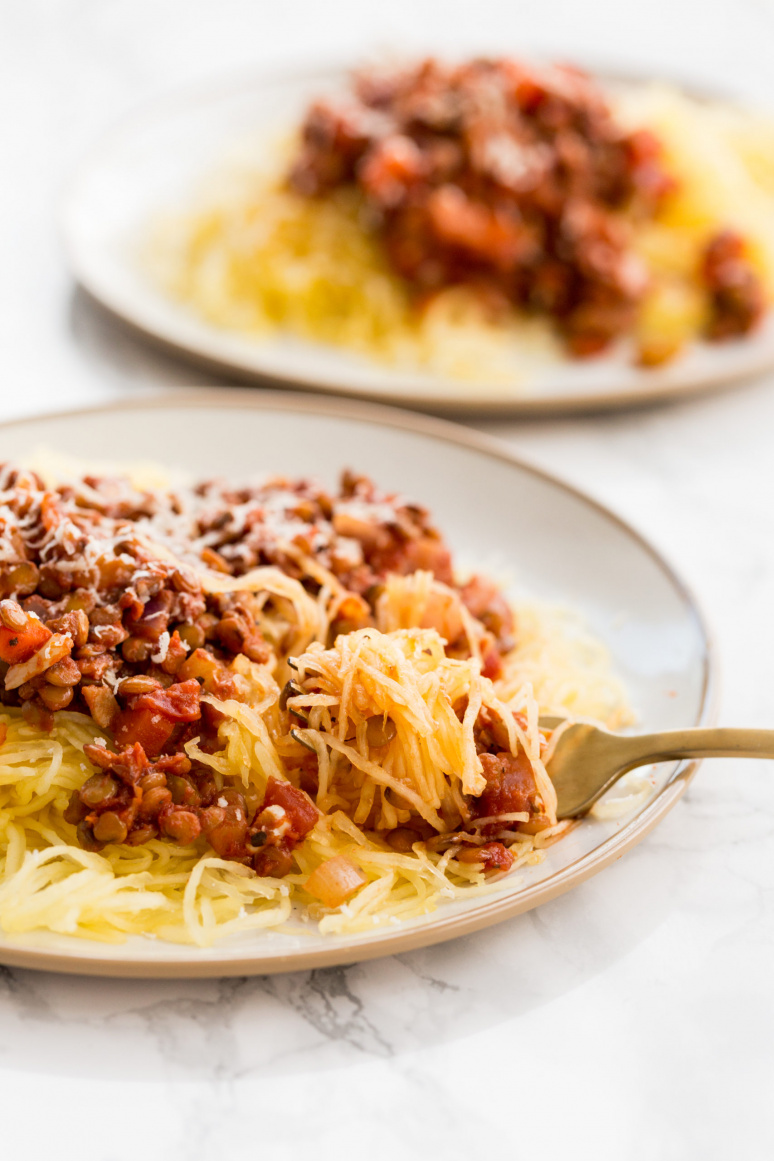 This lentil bolognese is the star, though. Lentil bolognese feels as hearty as a meaty bolognese but it’s 100% plant based and protein packed. The longer the sauce is simmered, the more robust it tastes – and with a sprinkling of nutty Parmesan on top, it’s the kind of sauce you’ll want to make over and over again. Luckily, it’s fridge and freezer friendly, so you CAN make it over and over again. I like reheating this sauce on the stovetop with a little broth or just letting it thaw out completely and then warming it on the stovetop.

If you wanted to make this another way, you could also serve it over some spiralized vegetables (duh) or some shredded brussels sprouts, or one of these other pasta alternatives. 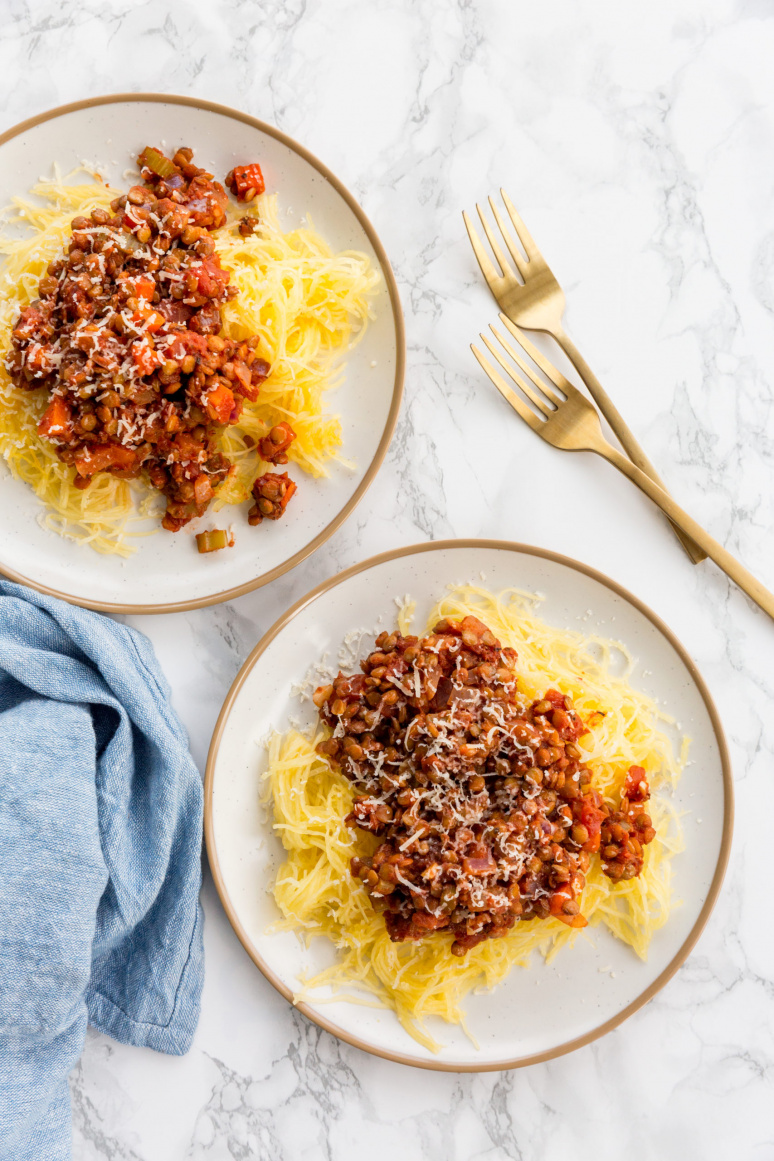 Actually, spaghetti squash is the first ‘pasta alternative’ I ever discovered. Then, I met spiralized vegetables and never looked back! 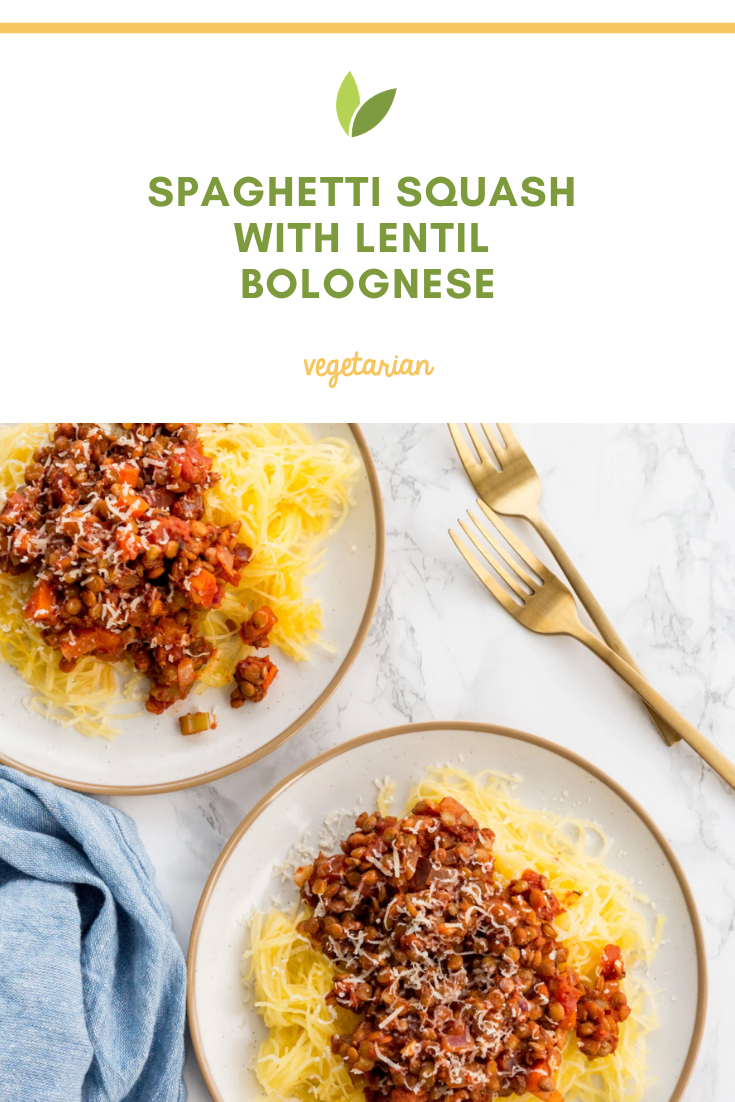 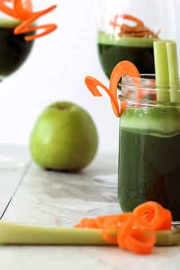