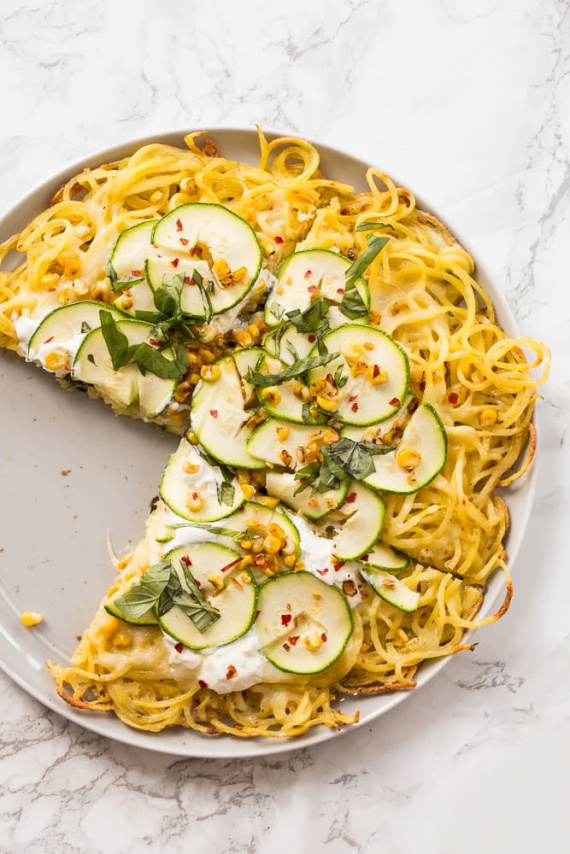 I wish you could insert pizza emojis into blog posts. Is that a thing/possible?

I’ve been on a real spiralized pizza kick lately, starting with my mini-pizzas made with the sweet potato noodle bun.

If you missed it, I actually had this for dinner the other week – one slice is honestly enough, it’s filling! But, if you’re looking to have a pizza feast but don’t want to go off that healthy track, this is the pizza to make! 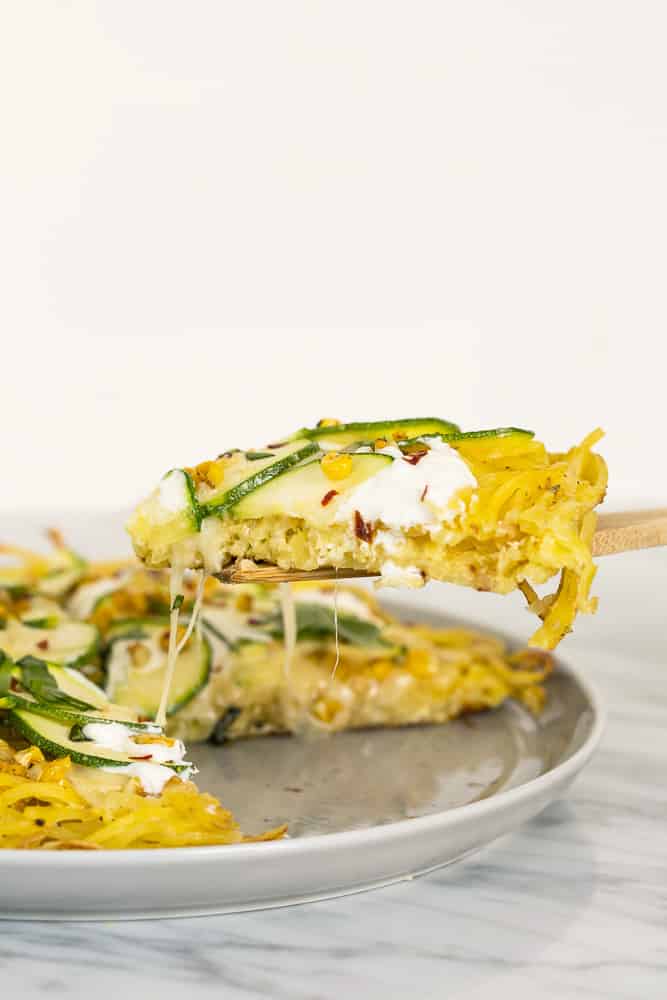 Don’t be intimidated by this recipe – it’s much easier than you think! It’s actually easier (but not as cute) as my mini-pizzas. All you need to do is:

Then, your crust is made and you can add whatever toppings your heart desires. I stuck with a vegetarian, summer theme – using creamy ricotta, gooey mozzarella, basil, red pepper flakes, corn, and of course, spiralized zucchini! 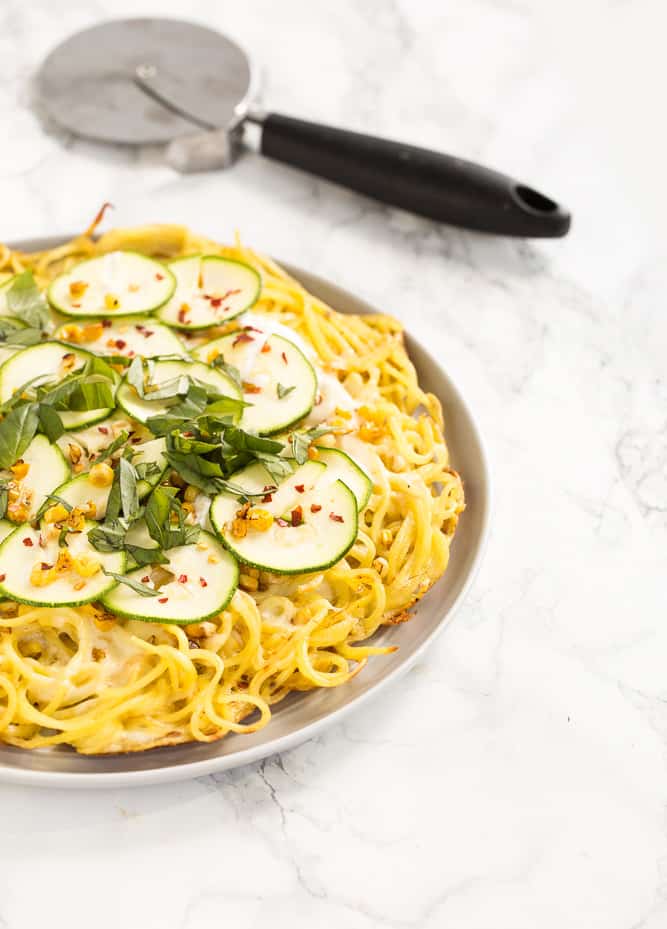 Once you nail the crust, you’ll have a gluten-free pizza option all year round (use sweet potato noodles in the winter!)

Other than that – enjoy! Make sure to use the hashtag #inspiralizedpizza if you make this! 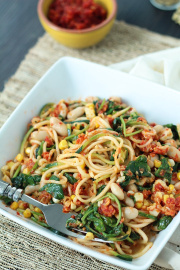