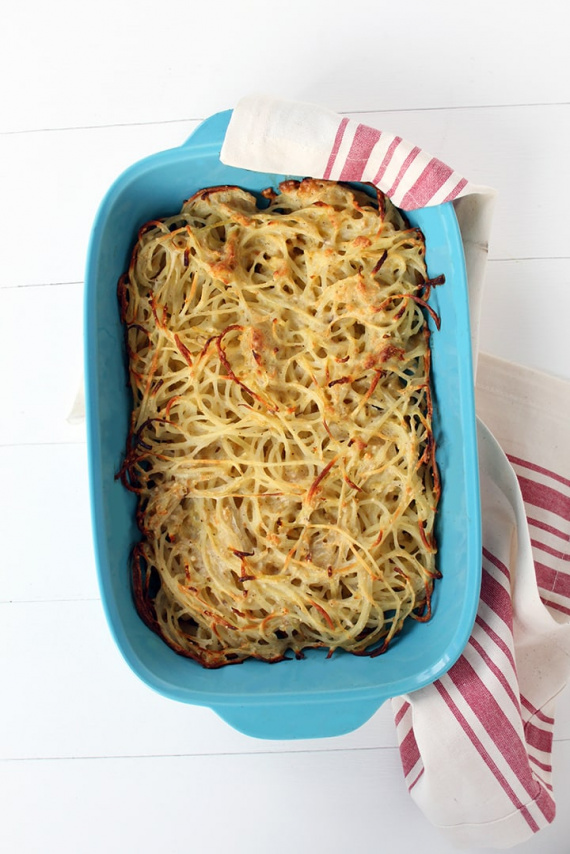 Recipe by Vegetables, Gluten Free, Vegetarian, Noodles, Potato
Happy Hanukkah! I guess I really should have posted this recipe yesterday, but that’s just...
jump to recipe
share this recipe 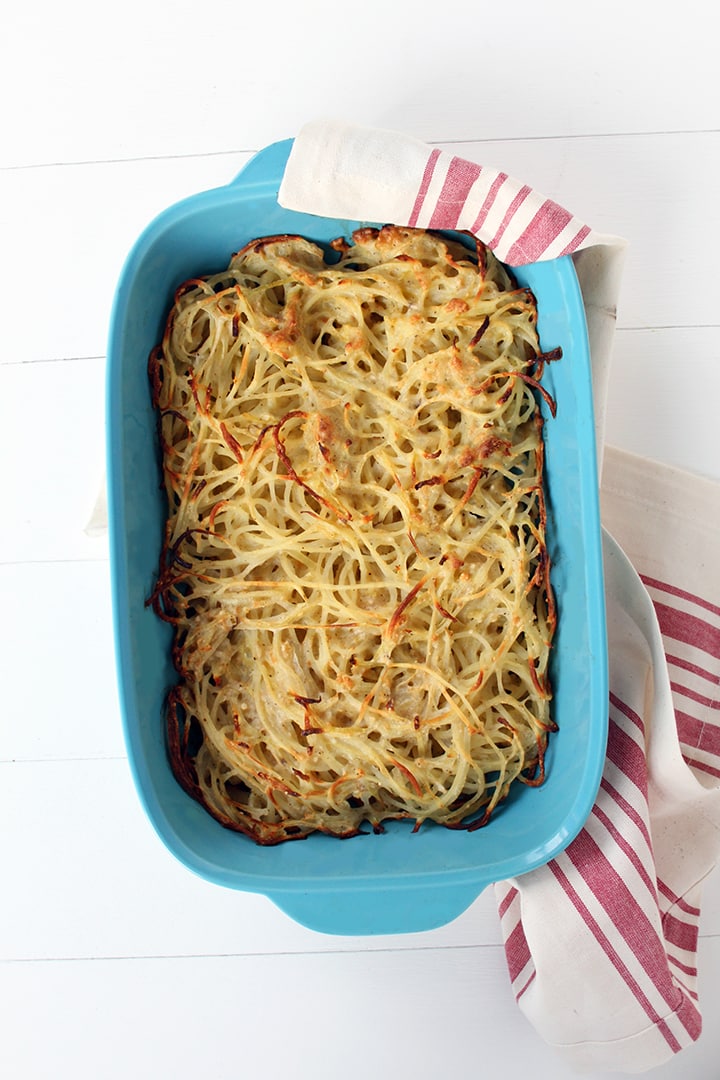 Happy Hanukkah! I guess I really should have posted this recipe yesterday, but that’s just my poor timing.

I have only eaten kugel once in my life, and I can’t remember if I liked it or not, but what I do know is that I love this spiralized kugel. 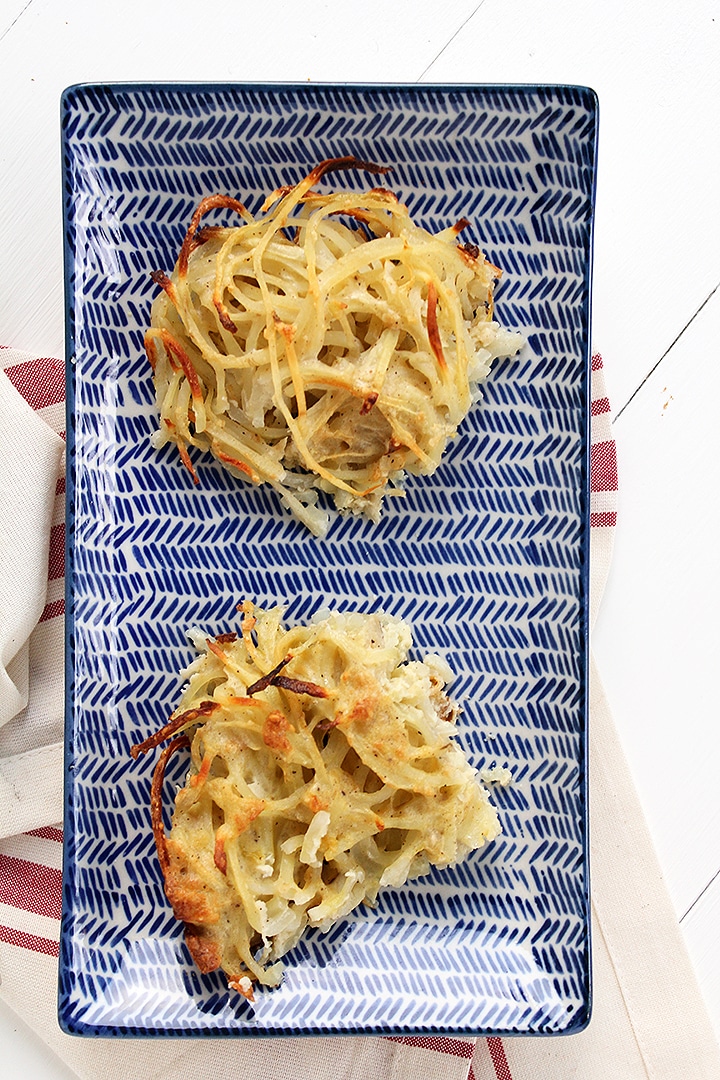 Kugel, for those who haven’t heard of or had it, is a casserole dish that’s most commonly served on Shabbat or Jewish holidays. There are different variations, but today, I’m tackling the potato version!

My mother is actually Jewish. My father is Roman Catholic. While neither of them are particularly religious now, I still am proud to be raised under both belief systems and cultures.

I tend to identify more with my father’s side of the family, since I spent time with them and their Italian-American heritage. You know, where my grandmother washed my mouth out with soap when I said “pee” instead of “tinkle,” forced me to blow dry my hair before church and where my grandfather cooked up all of those flawless meatballs.

Regardless, you don’t need to be Jewish or religious to enjoy this kugel. I mean, it’s hard to resist potato and eggs. I’ve made a thin version, by spreading it out in an 8.5 x 11 inch baking dish, but if you like your kugel thicker, just use a smaller baking dish!

When I was asking around about preparing potato kugel, I kept hearing “grate, grate, grate.” Since I own a little hand grater, the thought of grating all of those potatoes seemed absolutely dreadful. 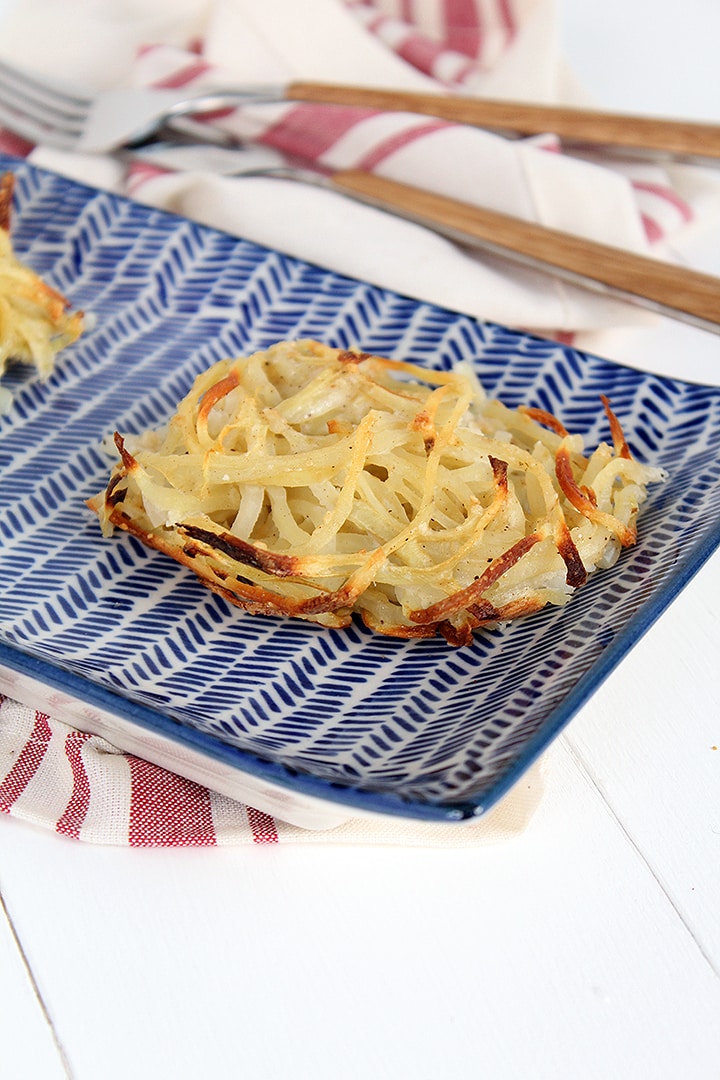 Of course, spiralizing a potato was muuuuch less daunting. With a couple of minutes spiralizing potatoes, I was done with the prep!

Even if you’re not celebrating a Jewish holiday, this kugel is an easy-to-prepare way to make a satisfying side dish casserole. It also works well for breakfast – just cut into squares and serve alongside some bacon or a tofu scramble.

What are your favorite holiday recipes that you’d like to see Inspiralized? 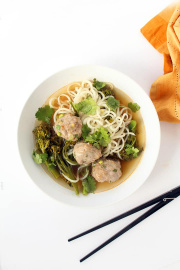