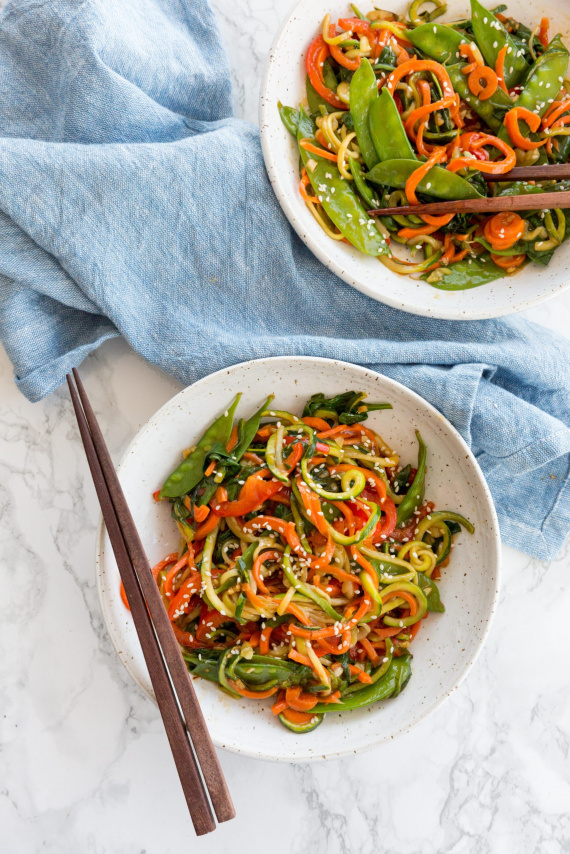 This easy, spiralized, and vegetarian version of lo mein uses spiralized zucchini, carrots, and bell peppers as a noodle alternative. You’ll still feel like you’re eating a big bowl of lo mein, but you’ll be eating vegetables instead! Packed with fiber, veggies, and delicious flavor, this spiralized vegetable lo mein is a total takeout fakeout! 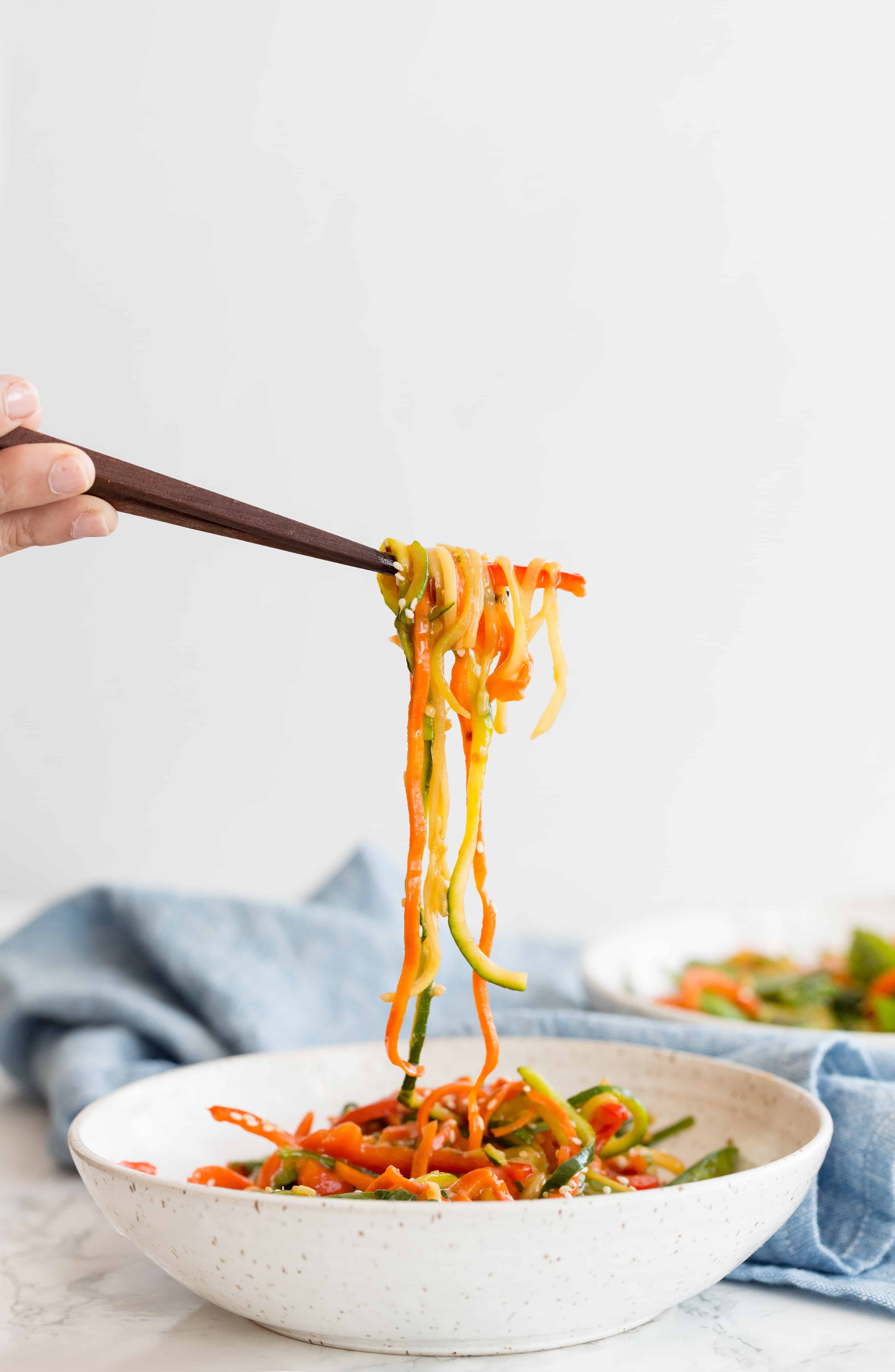 The next time you’re craving takeout lo mein, give this recipe a shot – it comes together easily, it can be prepped in advance (spiralize all the vegetables to cut down on prep time later on!) and is made in just one pan for easy cleanup. The classic flavors of lo mein are here, we’re just replacing lo mein noodles with spiralized vegetables (bell pepper, carrot, and zucchini.) 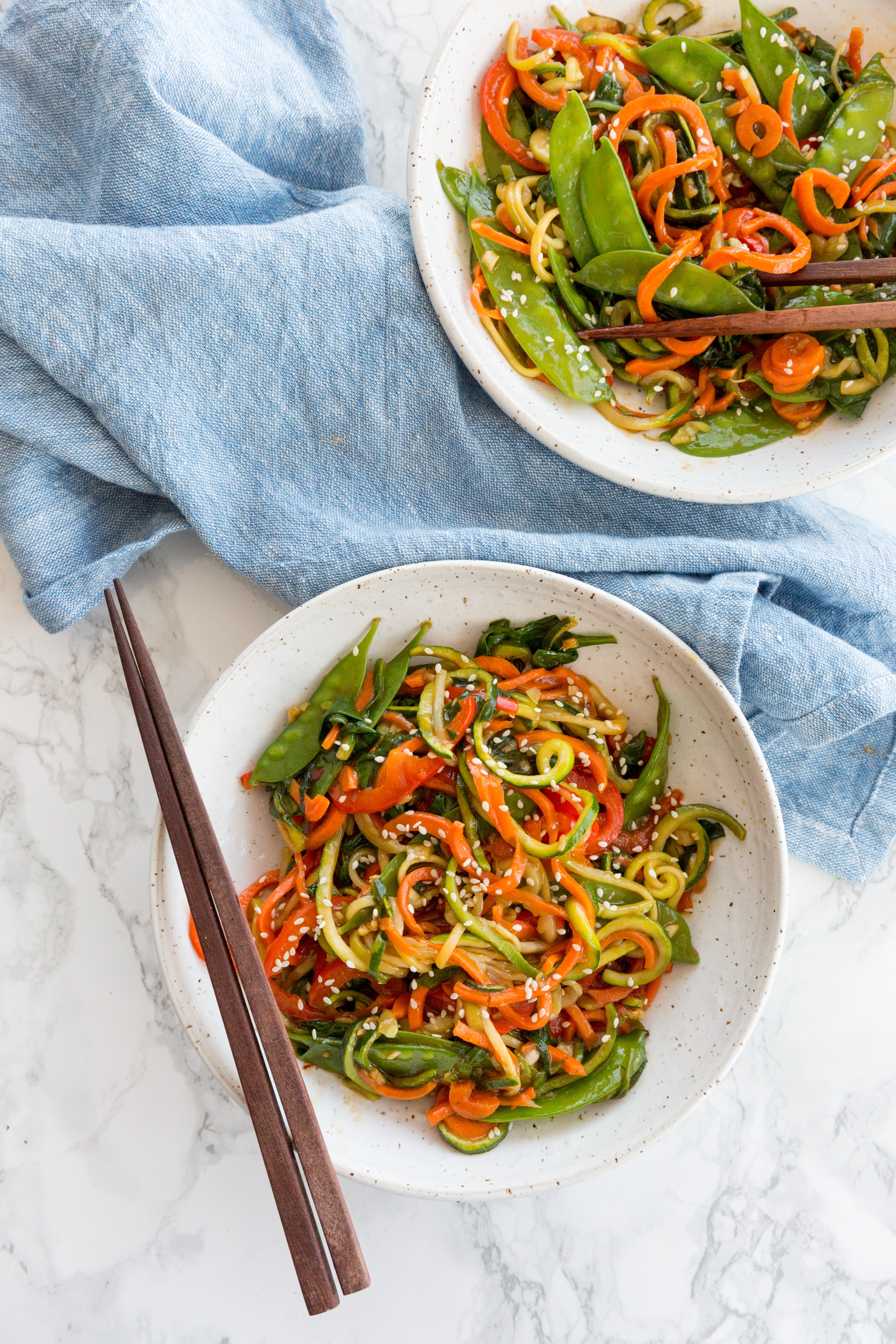 This recipe doesn’t reheat very well, but don’t worry, you’re not going to want to save leftovers, you’re going to want to eat it all! If you do reheat it, place the noodles in a skillet over medium high heat and toss until heated through, adding an extra couple of dashes of soy sauce or sesame oil to add back in flavor.

If you’re worried about soggy zucchini noodles, don’t! There should be a little bit of liquid in the bottom, just keep tossing as you’re eating. Also, you can partially cook all of these vegetables, lo mein is supposed to be chock full of crispy vegetables, anyway! 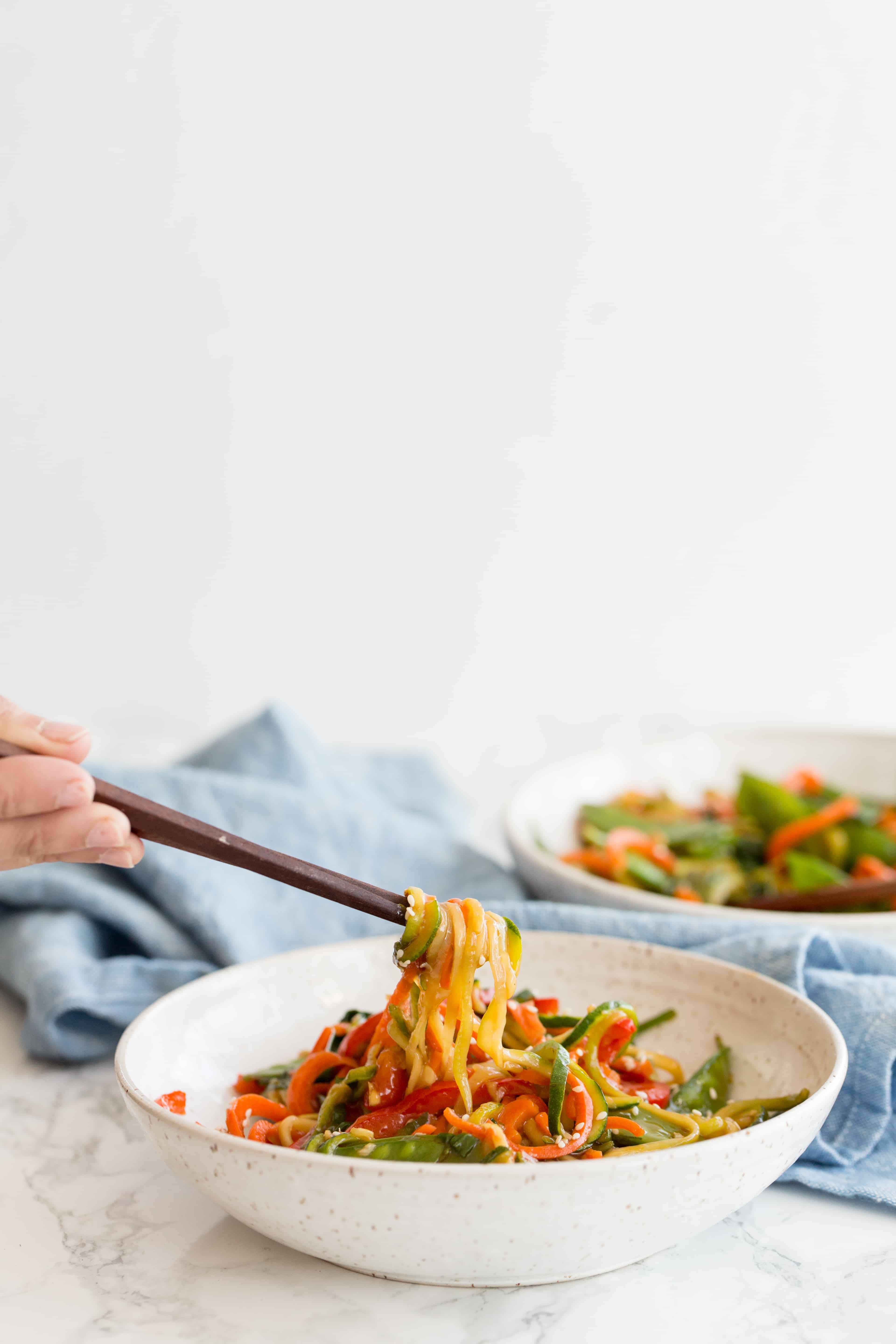 You could add your favorite protein here, such as chicken, shrimp, pork, or beef, or stir in some scrambled eggs for a vegetarian friendly protein. If you need more lo mein inspiration, check out these recipes: 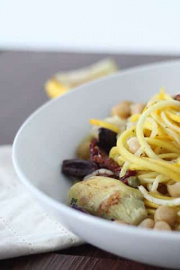