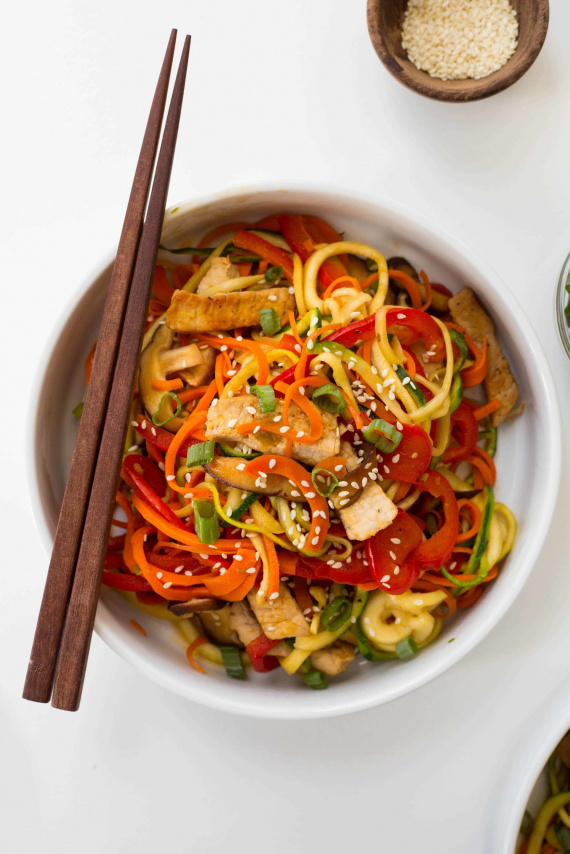 Meat & Poultry, Noodles, Bell Pepper, Carrot, Zucchini + Summer Squash
Lo-mein was one of the first recipes I ever posted on this blog. It was...
jump to recipe
share this recipe 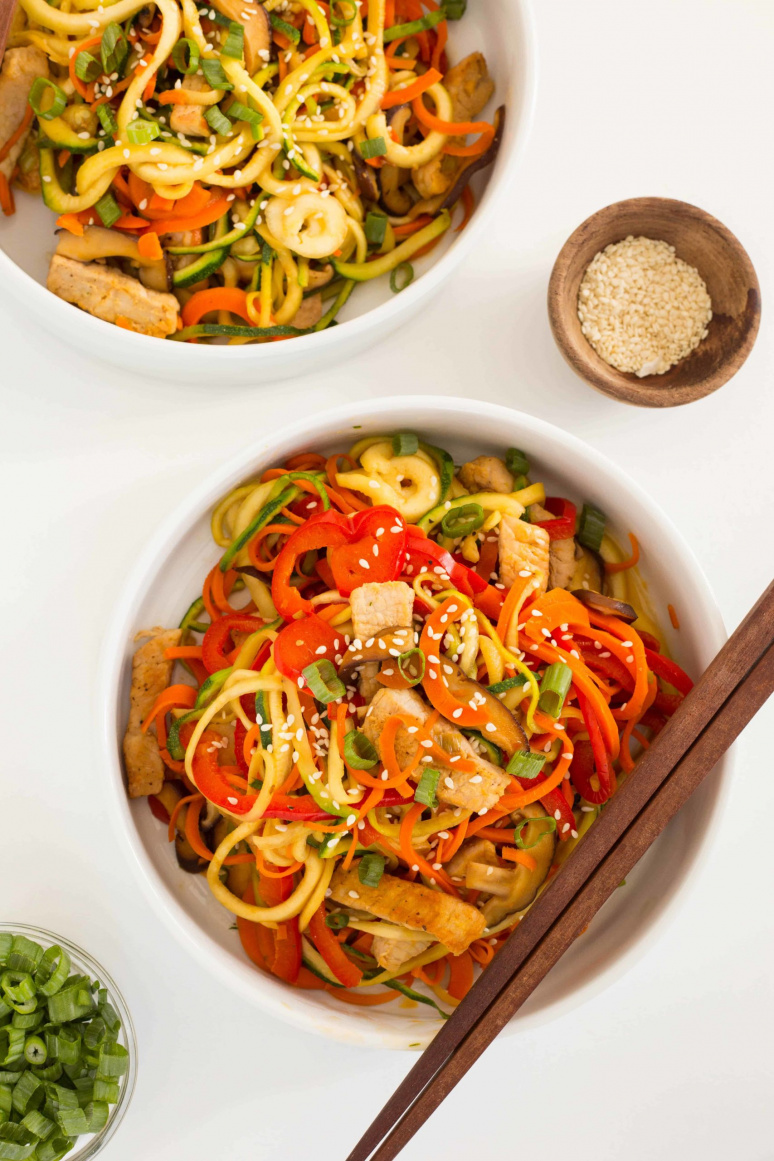 Lo-mein was one of the first recipes I ever posted on this blog. It was a vegetable lo-mein (you can find it here, posted back in July 2013.)

I’ve always loved lo-mein – it’s one of those takeout dishes that’s even better the next morning, cold. It was a post-college hangover staple, for sure.

Now that I’m a mature, 29-year old business woman (a little cheekiness, there), I am stepping my lo-mein game up with this healthier, zucchini noodle version.

Apparently, lo-mein means stirred noodles, like stir-fried noodles. And that’s exactly what these are: stir fried spiralized noodles with pork. 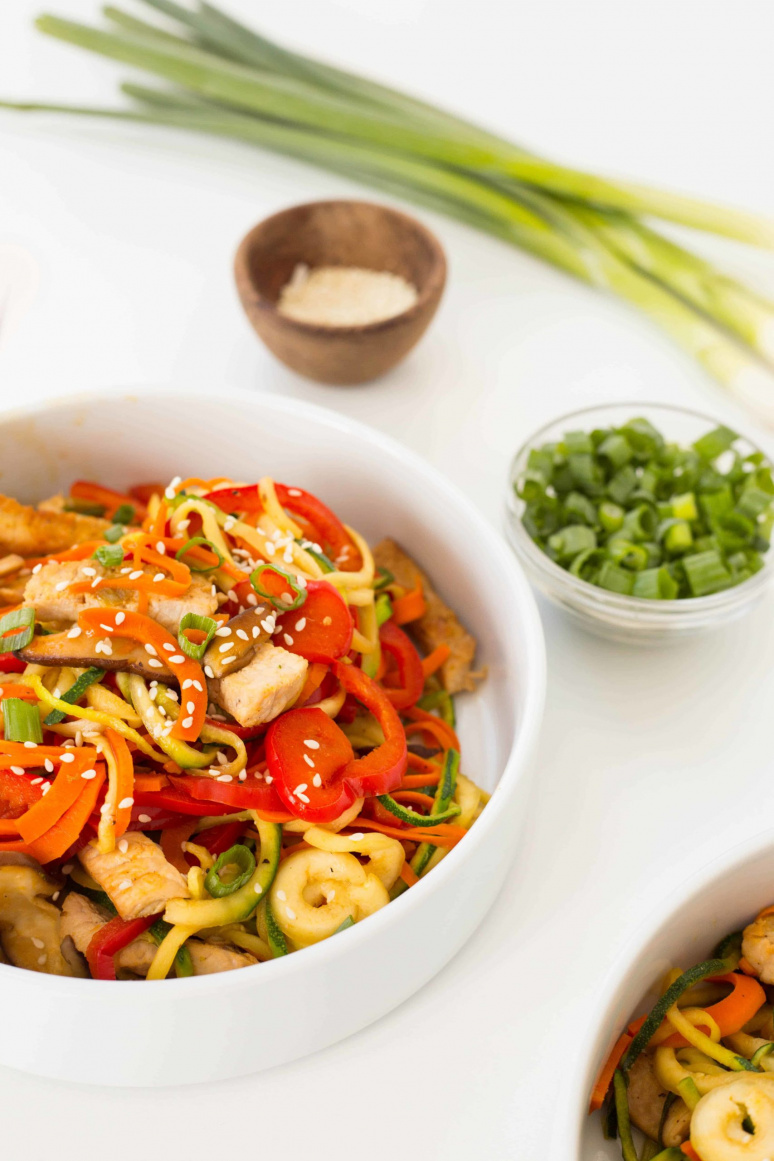 Now, if you’re vegetarian, substitute in your favorite veg-friendly protein, like edamame, tofu, tempeh, or even some quinoa would work. If you’re just not a pork person (did you know that pork is better than chicken at rebuilding muscle?!), then try shrimp – that’s my personal favorite in lo-mein.

These actually save well in the refrigerator too, you just may want to toss them a bit before serving, and perhaps add a little extra dash of soy sauce for flavor when serving, because the sauce gets thinned out from the moisture released in the zucchini noodles.

If you’re meal-planning and prepping today (good for you! you go Glen Coco!), spiralize all of these veggies in advance, cook the pork, and then cook it the night you’re planning to have it for dinner – it’ll take less than 10 minutes! 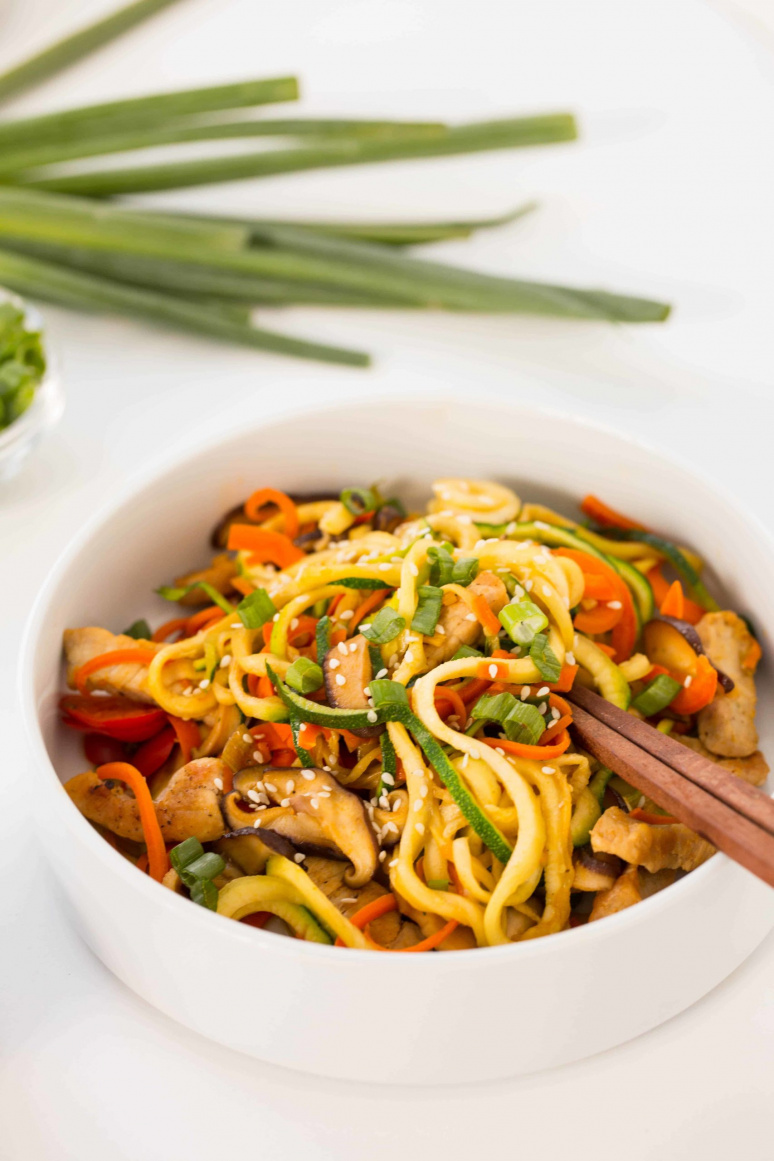 I hope everyone has a wonderful end to their weekend. Today, I’m spending the day with my mother – we’re getting our nails done, having brunch, and going to see The Book of Mormon. I’ve wanted to see the play forever, and I couldn’t ask for a better date! 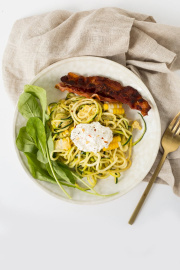 Zucchini Noodles and Arugula with Bacon, Corn and Ricotta