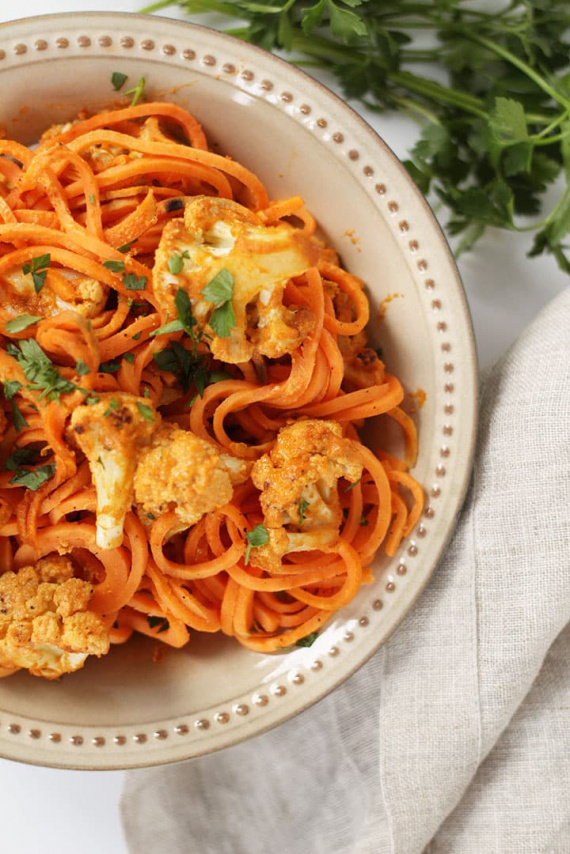 Recipe by Vegetables, Gluten Free, Paleo, Vegan, Vegetarian, Pasta, Sweet Potato
Last Sunday, while I was grocery shopping for the week, I had written down on...
jump to recipe
share this recipe 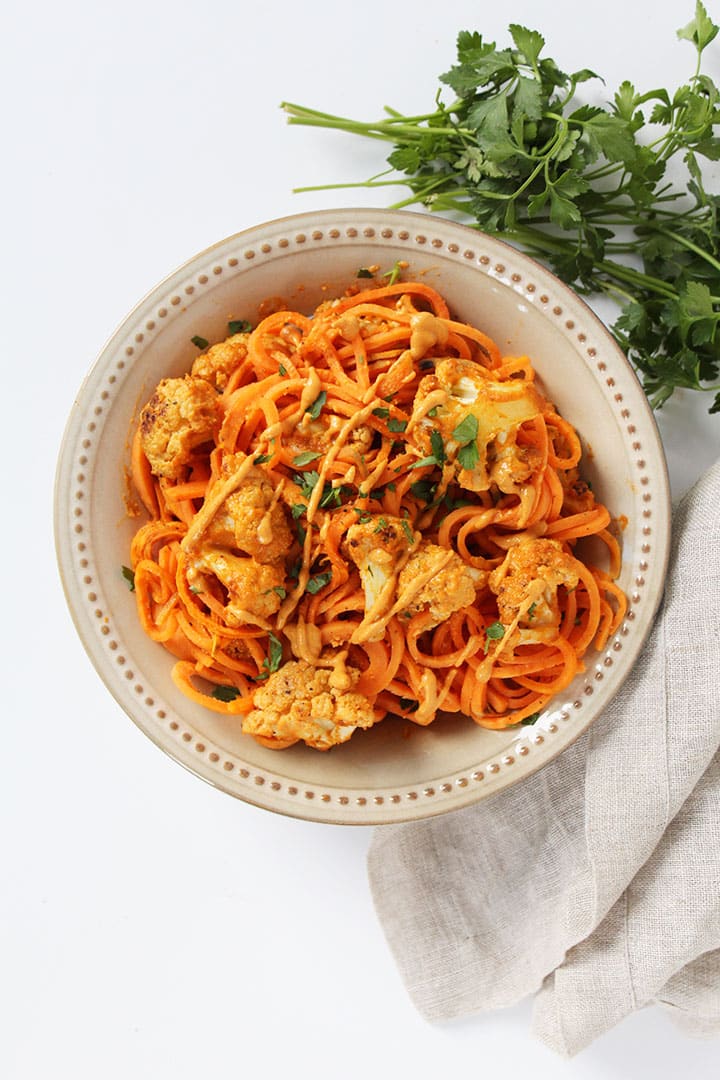 Last Sunday, while I was grocery shopping for the week, I had written down on my notepad: “something for the playoffs.”

If you don’t watch sports or care, then I’ll tell you: we’re in the midst of the NFL playoffs. Actually, none of my teams are in the playoffs this year, and I’ve grown generally apathetic towards football.

However, my fiance loves sports (as most of ’em do) and I wanted to get something playoffs-themed for a Sunday night dinner. 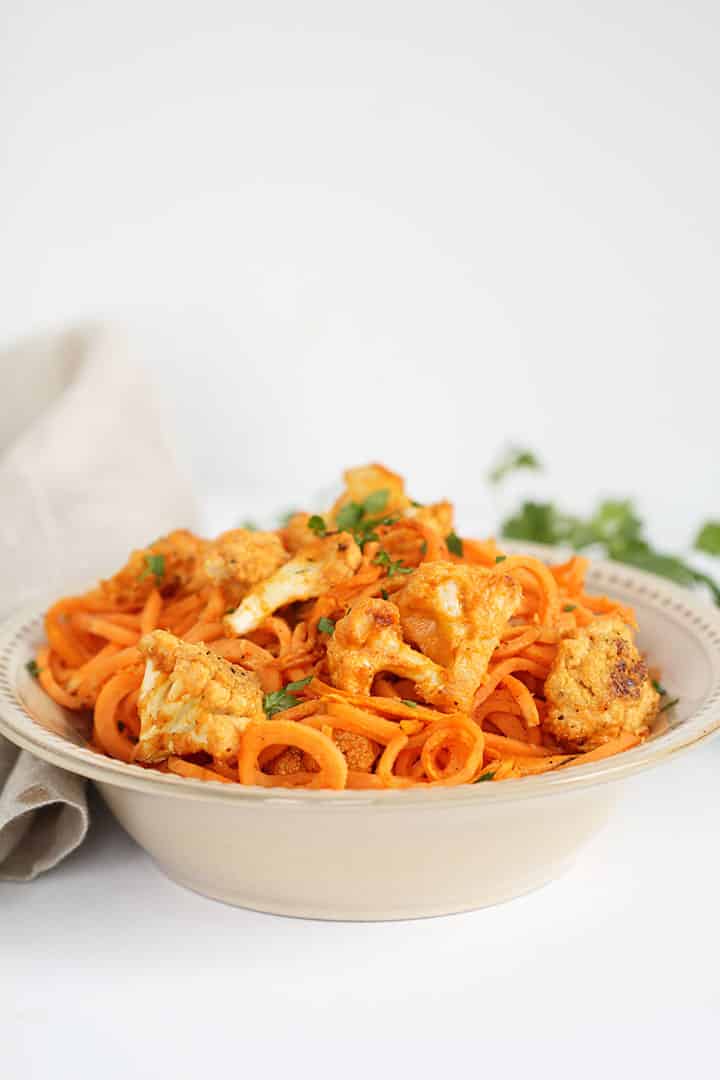 As I was pushing the cart by the meat and poultry section, my eyes immediately went to the chicken wings and I thought, “oh perfect!”

HOW BORING AM I?!

Chicken wings – pretty predictable. I added them to my cart and when I got home, I put the wings right in the freezer and…. never made them. 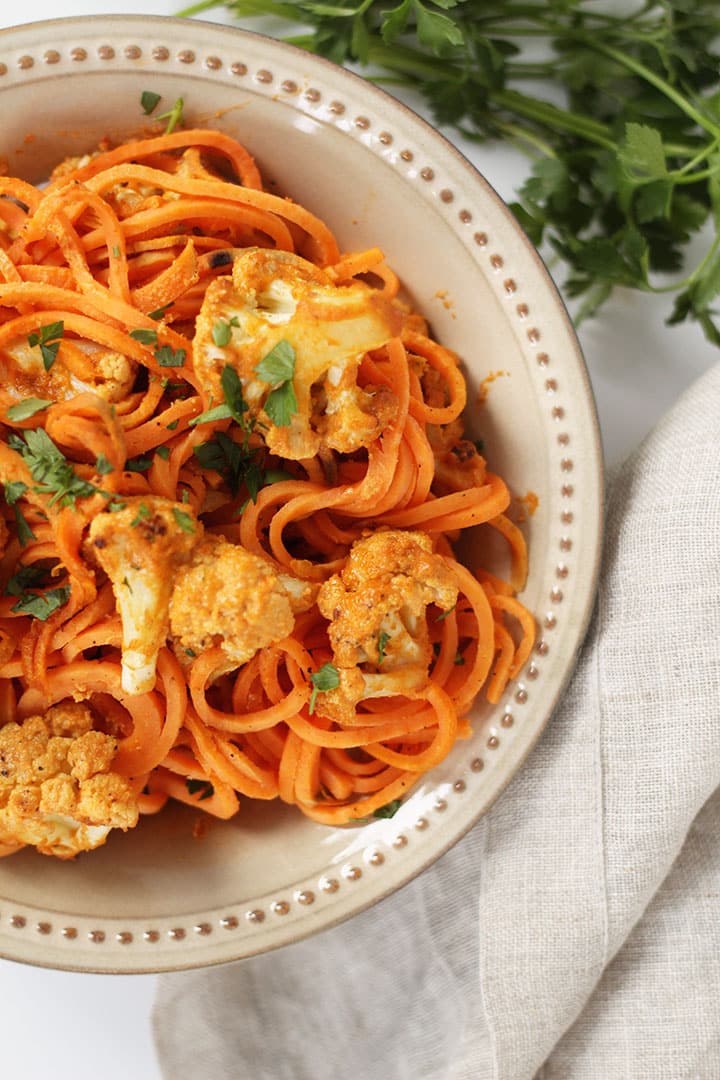 Instead, let me tell you what happened: I went to prepare the buffalo sauce (a Paleo, gluten-free, vegan deliciousness) and preheat the oven. I opened the fridge and searched for the wings and realized that – yup, I had put them in the freezer.

But you know what I did have? Cauliflower…. which, yea, looks and tastes nothing like chicken wings, but let’s be honest – it’s not the wing that makes the meal, it’s the sauce. 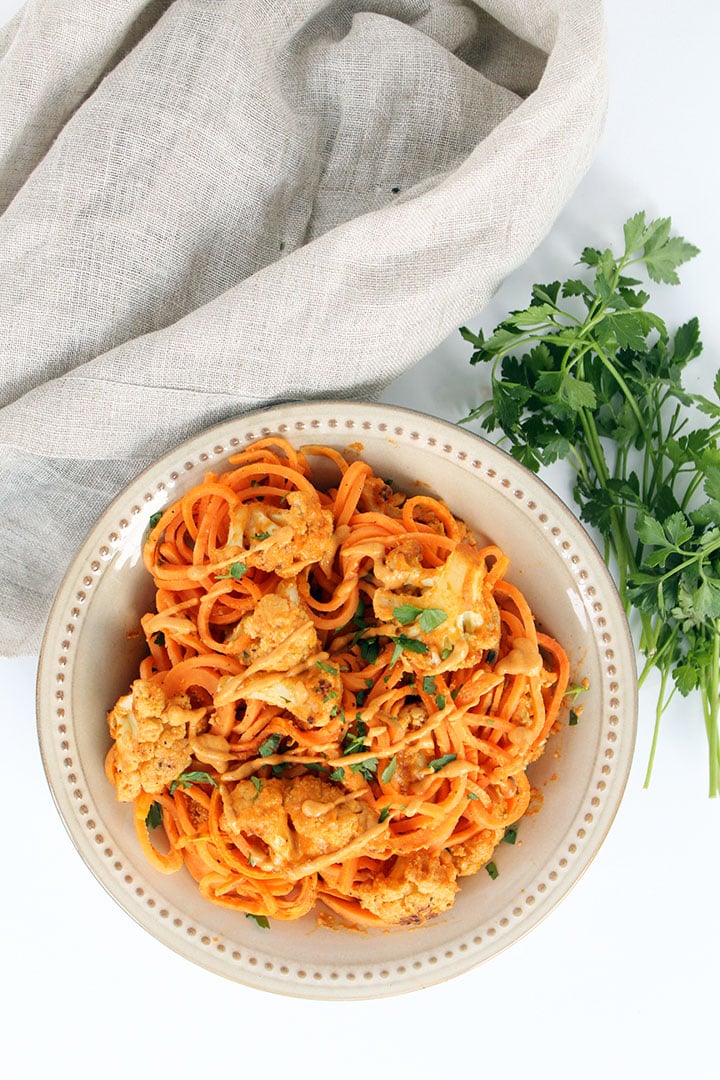 Also, cauliflower keeps being predicted as “the next big thing” in the food world (actually, SHAPE magazine nicknamed a nutrition trend article as ‘cauliflower is the new kale’), so I figured I’d put this versatile veggie to creative use.

The buffalo cream sauce is just… well, make it and you’ll be able to finish that sentence. It’s otherworldly! The cauliflower softens in the oven and soaks up the spicy flavors in the sauce. 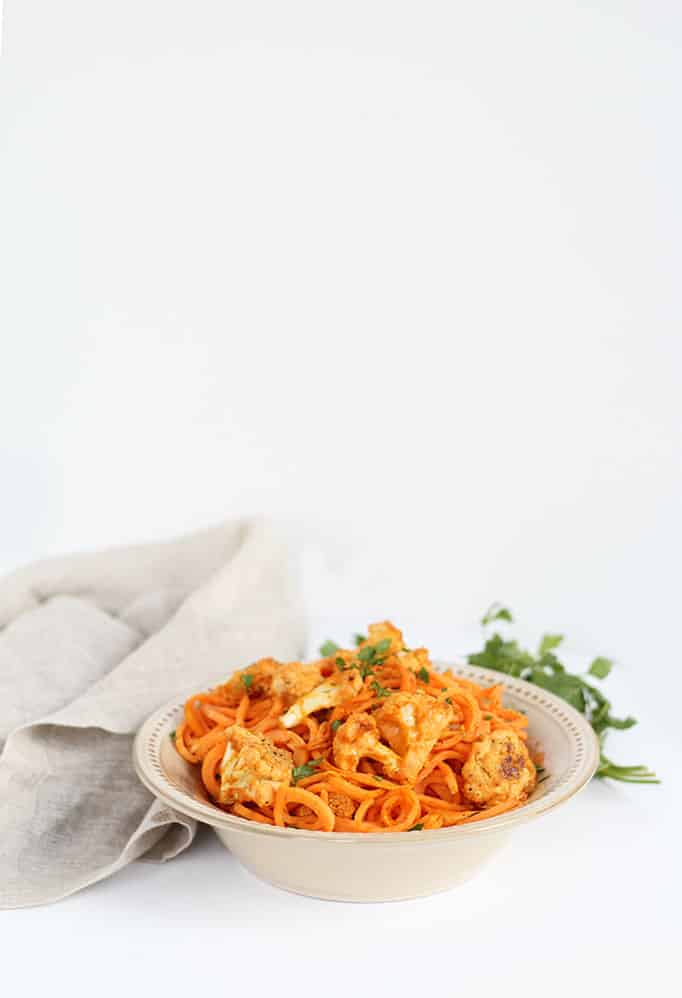 They’re great for game day OR if you want to take it a step further and turn it into a game day-themed meal (or just an ordinary night’s meal), serve it over sweet potato noodles – it’s a sinfully delicious combination and is healthy as heck!

What do you like to eat while watching sports or vegging out? 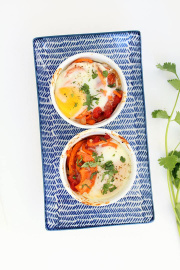