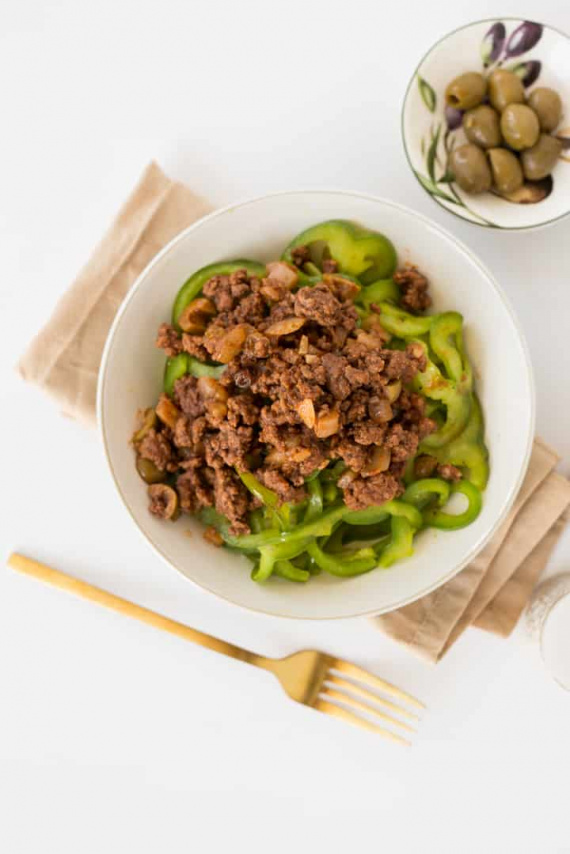 Dairy Free, Gluten Free, Meat & Poultry, Pasta, Bell Pepper
A few weeks ago, I introduced everyone to spiralizing bell peppers with this video. Since...
jump to recipe
share this recipe 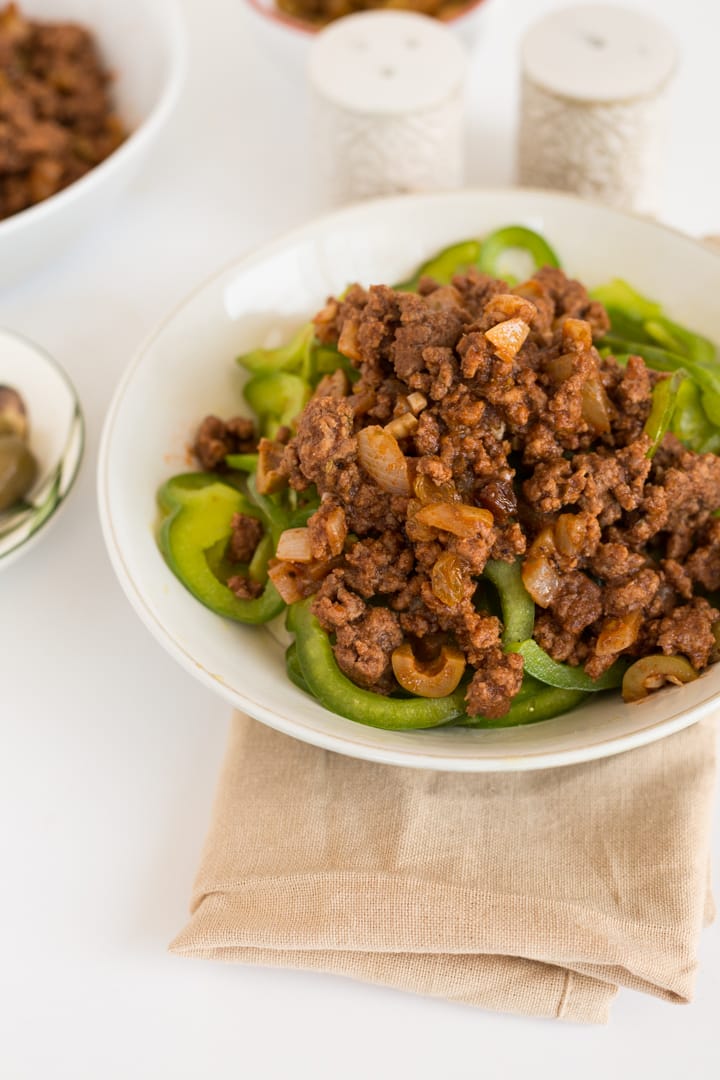 A few weeks ago, I introduced everyone to spiralizing bell peppers with this video.

Since then, based on the overwhelmingly excited response, I’ve been toying around with bell pepper “pasta” recipes and today, I have one! 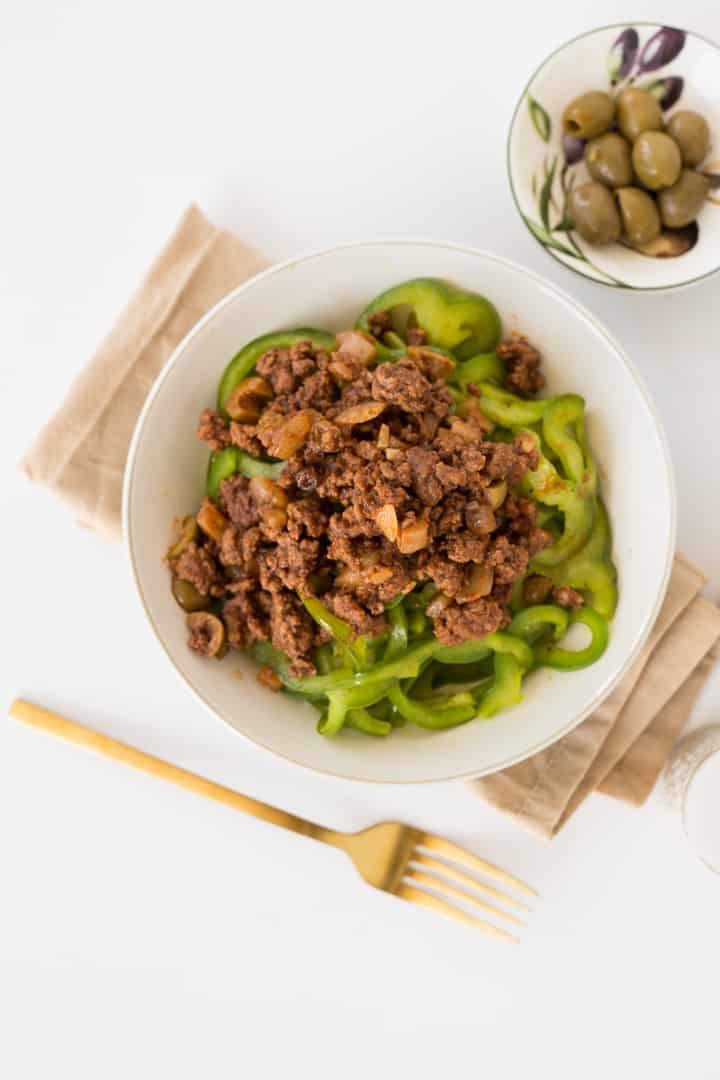 This simple and easy one-pot meal is flavorful, aromatic and surprises the tastebuds.

I adapted this picadillo from this New York Times recipe – I had never made picadillo before, but I had eaten it before, and this recipe does not disappoint.

The rich flavors of the tomato sauce combined with the sweetness of the raisins, saltiness of the olives and robust taste of the lean beef meat makes for an authentic combination. 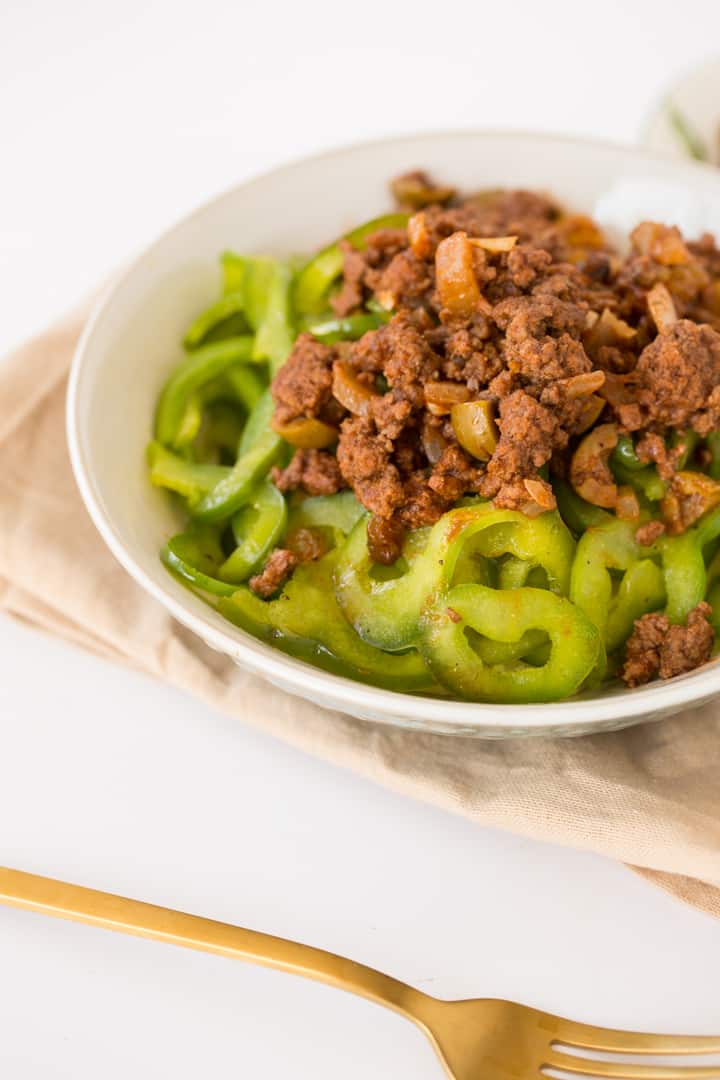 Whenever I make a meat dish, I always need something that provides a refreshing, light bite. In this case, the bell peppers do just that – they’re easy to spiralize, easy to cook and offer a nice soft consistency to pair with the picadillo.

This dish saves well in the refrigerator – I made it on Friday and Lu had it last night for dinner and loved it. The picadillo meat can be made and saved to be put over other spiralized vegetables, such as zucchini, jicama and carrots. 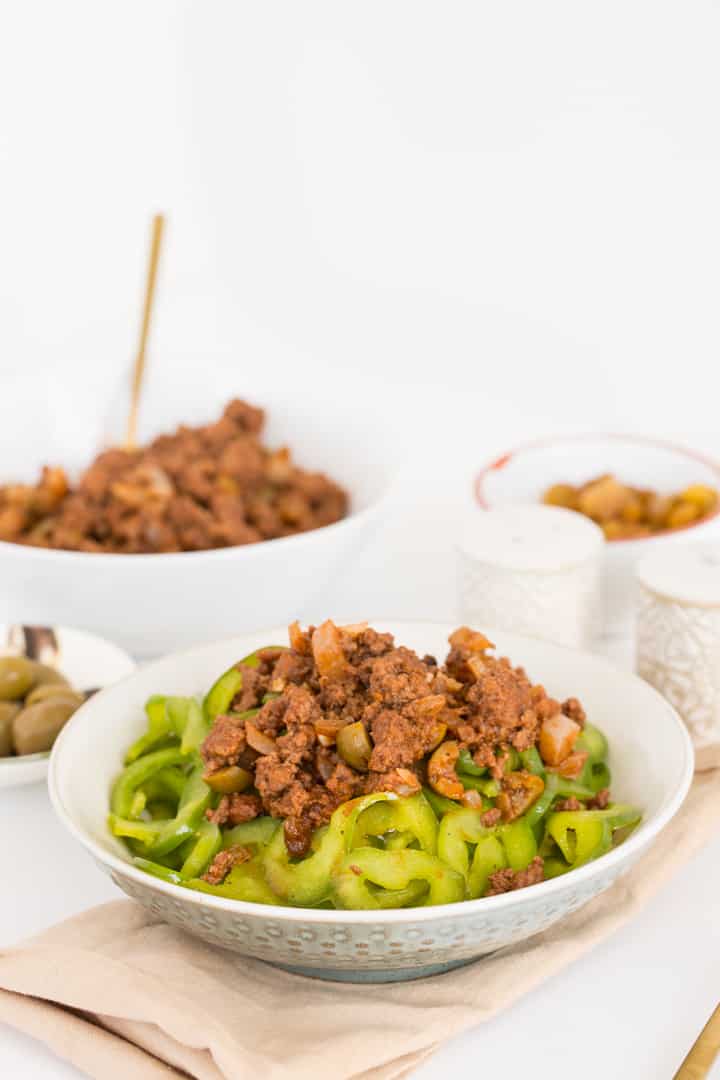 I was actually going to make spiralized fajitas last night, but I was so exhausted from the weekend – we didn’t do much of anything, but we did do a lot of walking around, entertaining and discovering.

One of the things that Lu and I love to do most is walk around Jersey City and “discover” new places – there’s always a cool restaurant or bar opening up here, so it’s exciting to watch a city grow. 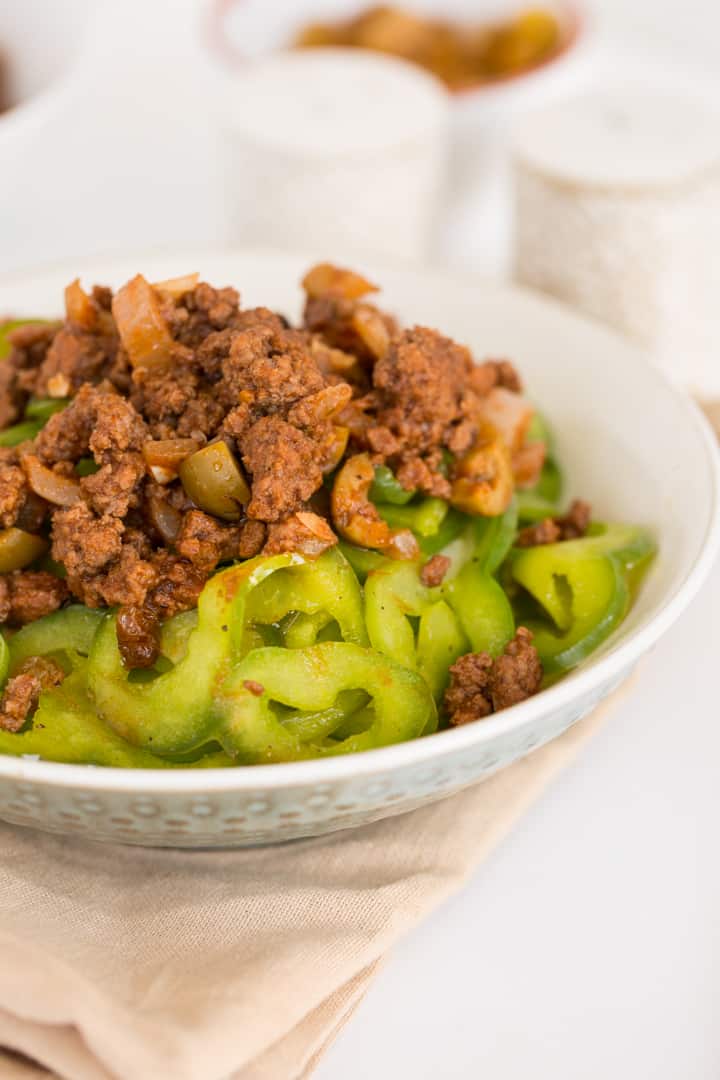 Hope everyone had a great weekend and is ready to conquer this week!

If you don’t know how to spiralize a bell pepper, watch this (and use Blade A):

Have you tried spiralizing bell peppers yet? 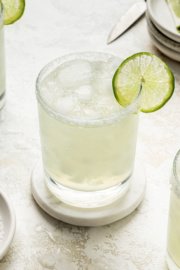