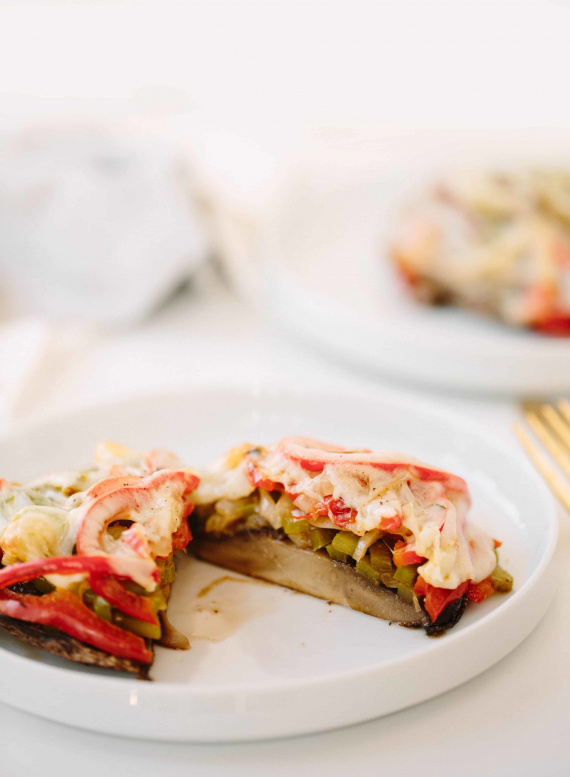 Gluten Free, Vegetarian, Pizza & Sandwiches, Bell Pepper, Onion
I remember my first Philly Cheese Steak sandwich. I was in high school and it...
jump to recipe
share this recipe 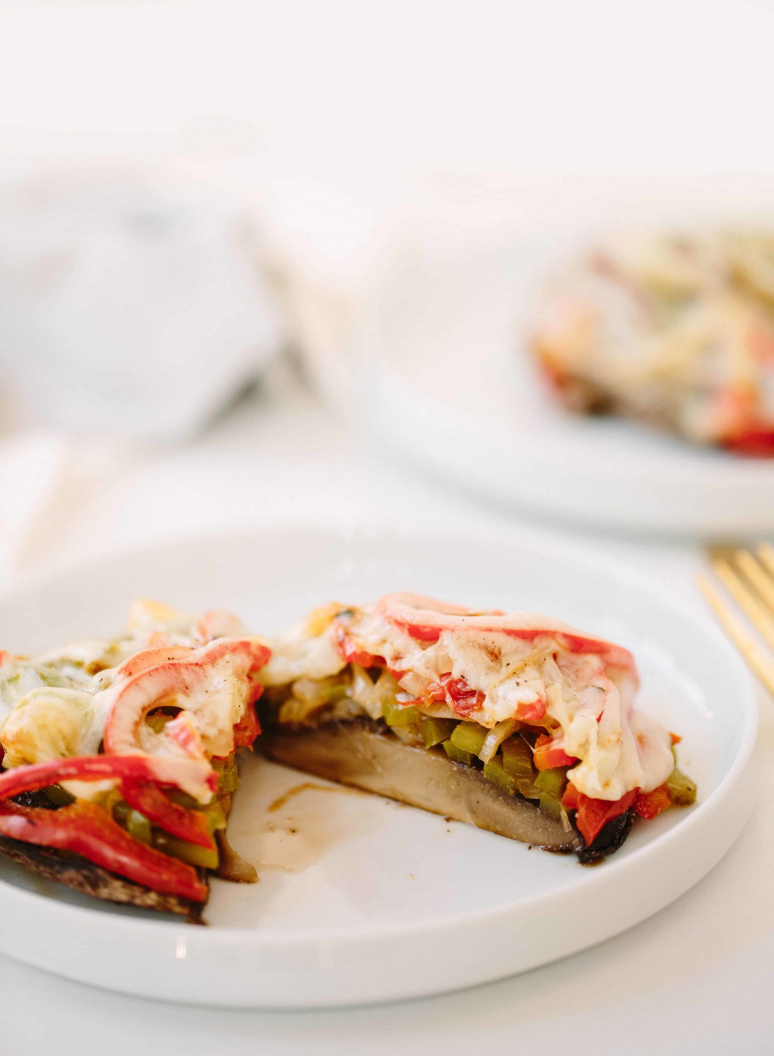 I remember my first Philly Cheese Steak sandwich. I was in high school and it was after a Philadelphia Flyers game. I was on a date (sorry, Lu!) and we were doing the whole Philly experience, so of course, it had to end with a cheese steak.

Was it Pat’s or Geno’s? I can’t remember, but it certainly was delicious – greasy, cheesy, meaty, and worthy of the hype.

However, it certainly wasn’t the healthiest thing I’ve ever eaten.

I actually haven’t had a cheese steak sandwich since, but I randomly had a craving for one, after seeing someone’s post-Philadelphia-marathon Instagram picture the other weekend. 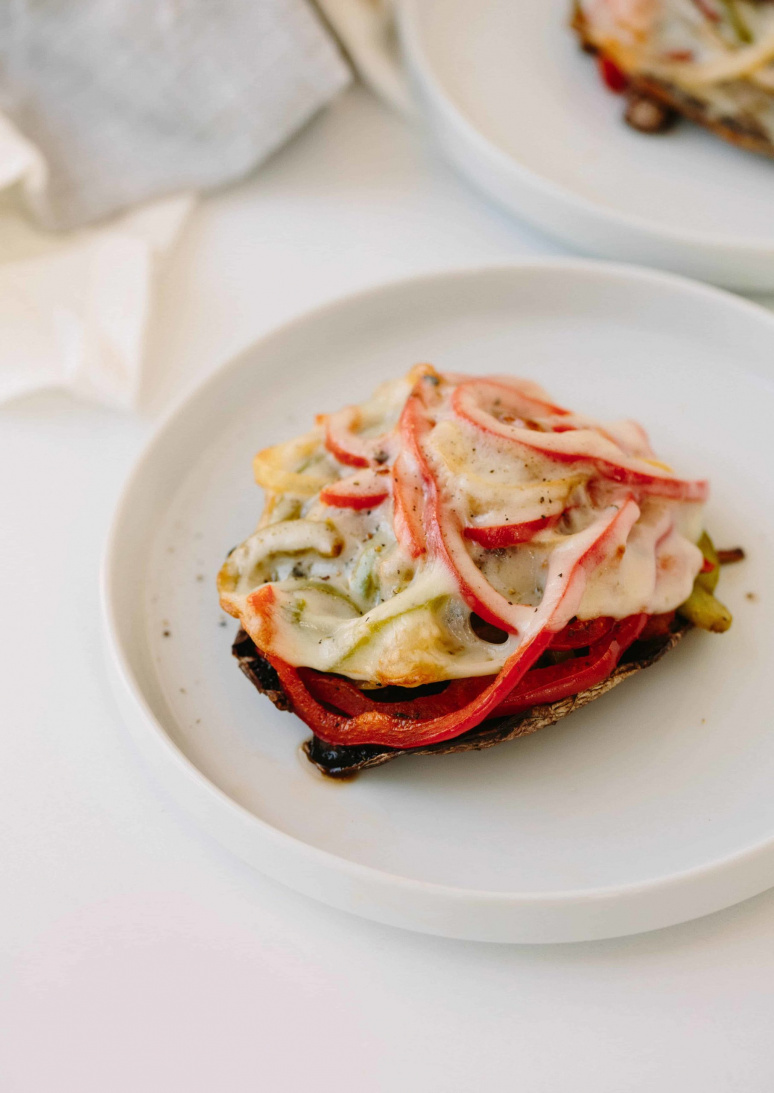 Since Inspiralized is all about making your favorite foods into healthier versions, I knew I had to come up with a clean-eating friendly version (although, it was impossible to skimp on the cheese here!)

The peppers and onions are lightly but perfectly seasoned with the simple seasonings of salt, pepper, oregano and garlic powder. They’re packed into oven-baked portobello mushroom caps, topped with provolone cheese, and baked until melted and gooey.

Now, nothing can really compare to a true cheese steak sandwich, but these definitely satisfy the craving in the meantime – the provolone cheese oozes into the spiralized bell peppers and onions and the mushroom keeps its firmness just enough to carry the toppings. 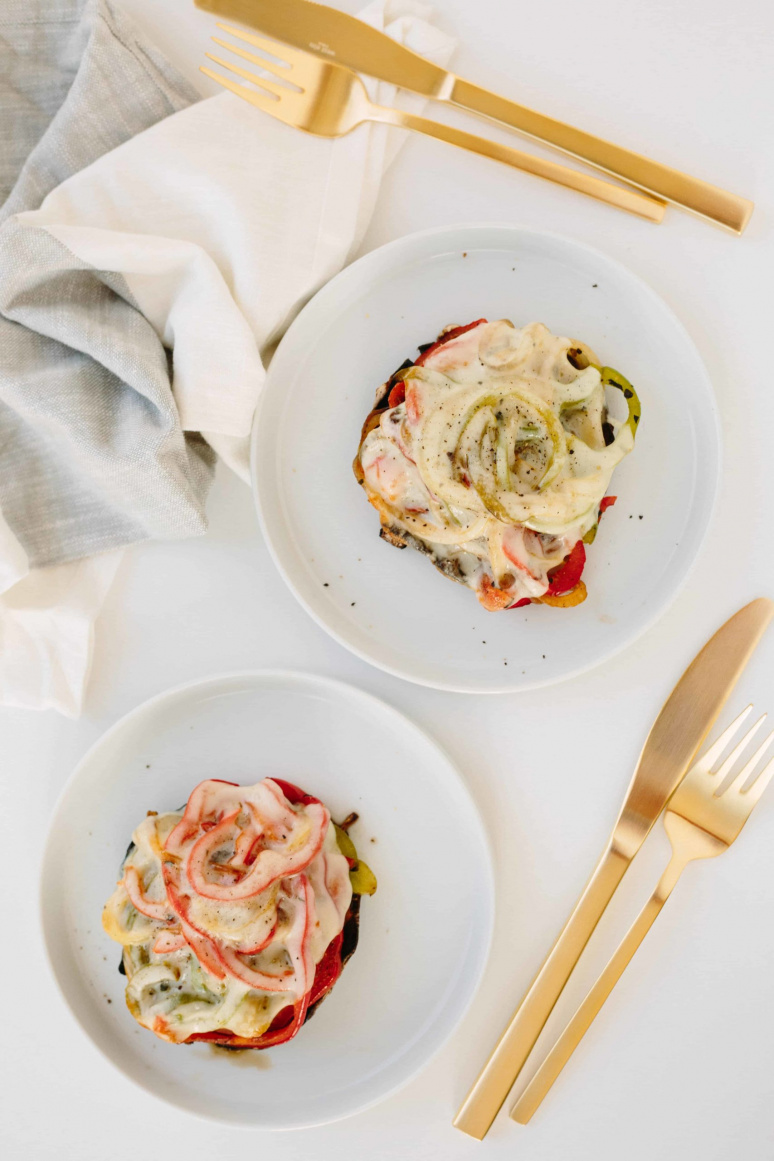 If you haven’t had a portobello mushroom cap type sandwich, you’re missing out! I still love my Tuna Melt with Spiralized Parsnips (made in a mushroom cap) from my first cookbook, Inspiralized. Just make sure to buy the largest mushroom caps you can find and carefully scrape out the gills.

This dish saves well in the refrigerator and will reheat well, so make it in advance and have your coworkers begging you for a bite!

Watch our video to learn how to spiralize an onion and a bell pepper using the Inspiralizer and subscribe to our YouTube channel to watch more videos: 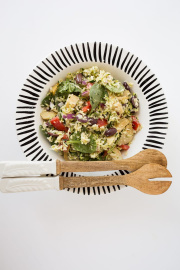