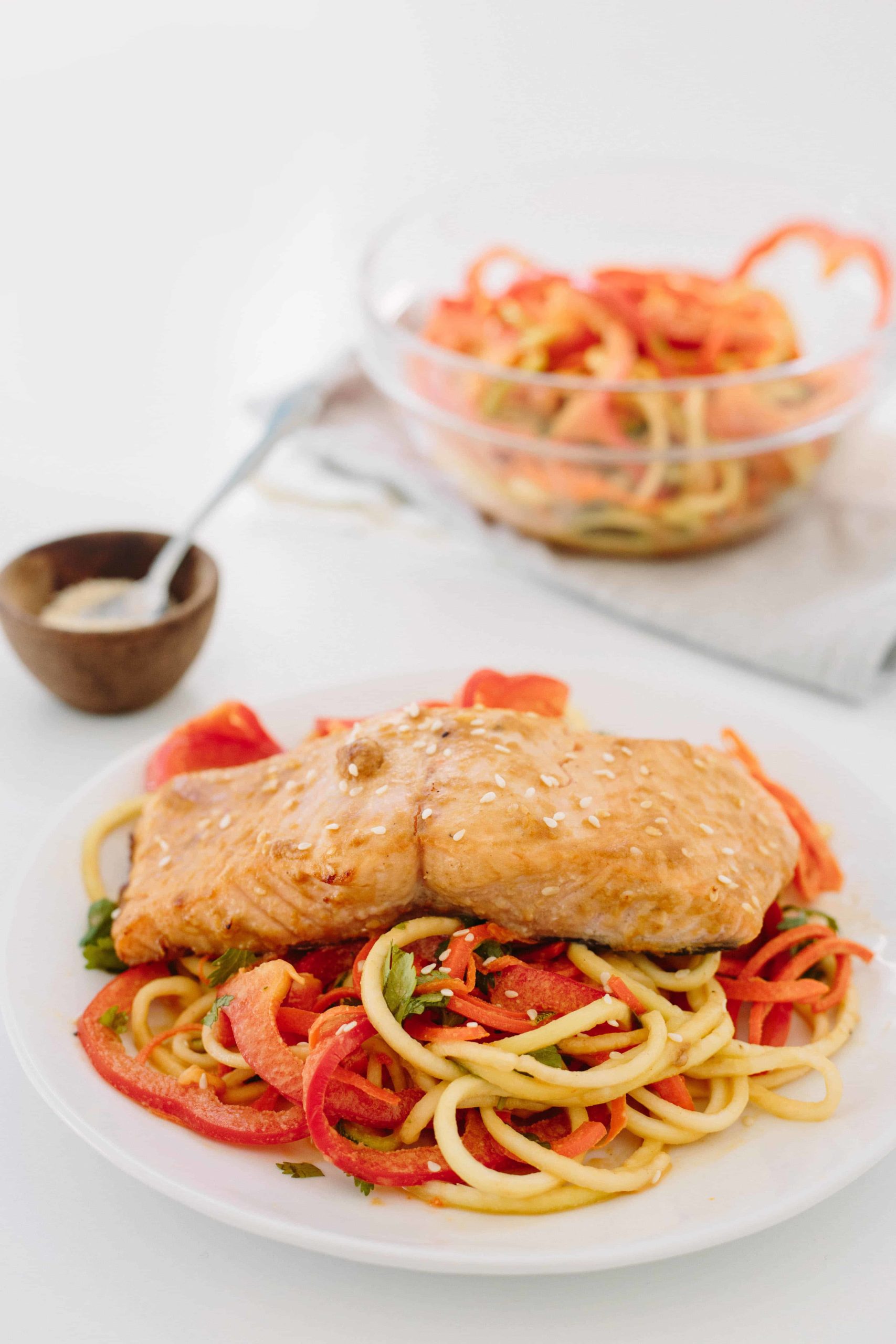 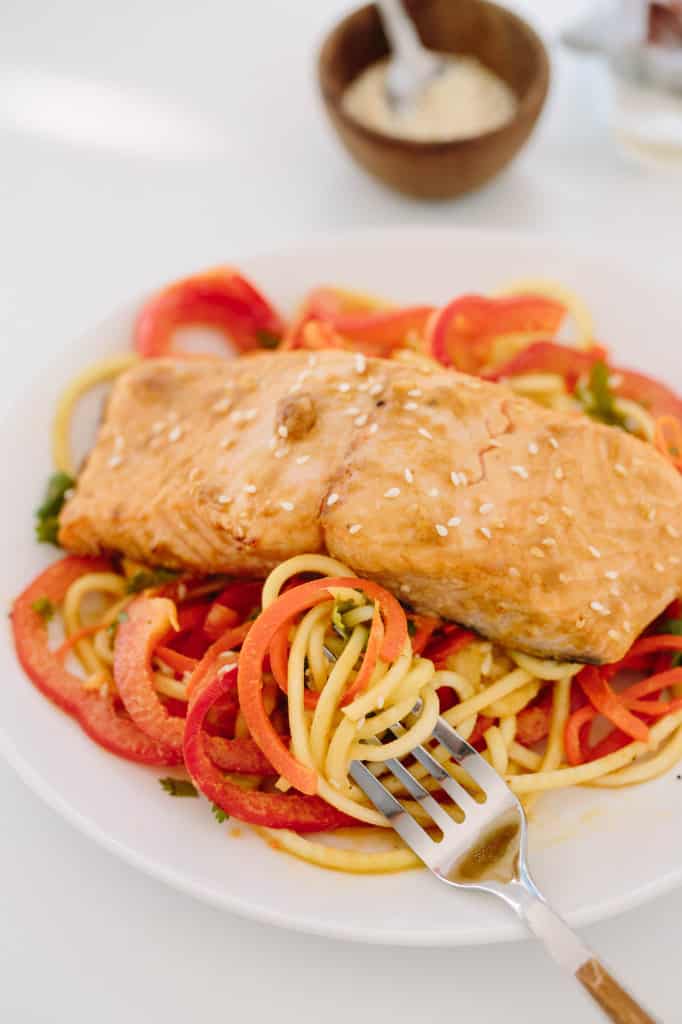 There’s nothing that frustrates me more than being sick. Being sick ruins your day – you aren’t productive, you’re foggy, uncomfortable, and feel like doing nothing but laying on the couch.

Yesterday, I woke up with a slight scratch in my throat – nothing major, I felt fine, but I couldn’t kick the scratchiness all day. We went and saw The Girl On The Train around 5pm and once I got out of the theater, it hit me like a ton of bricks: I was sick.

We went back to the apartment, and as much as I wanted to meet my friends who were out nearby, I just couldn’t bare the thought of being anywhere but the couch. 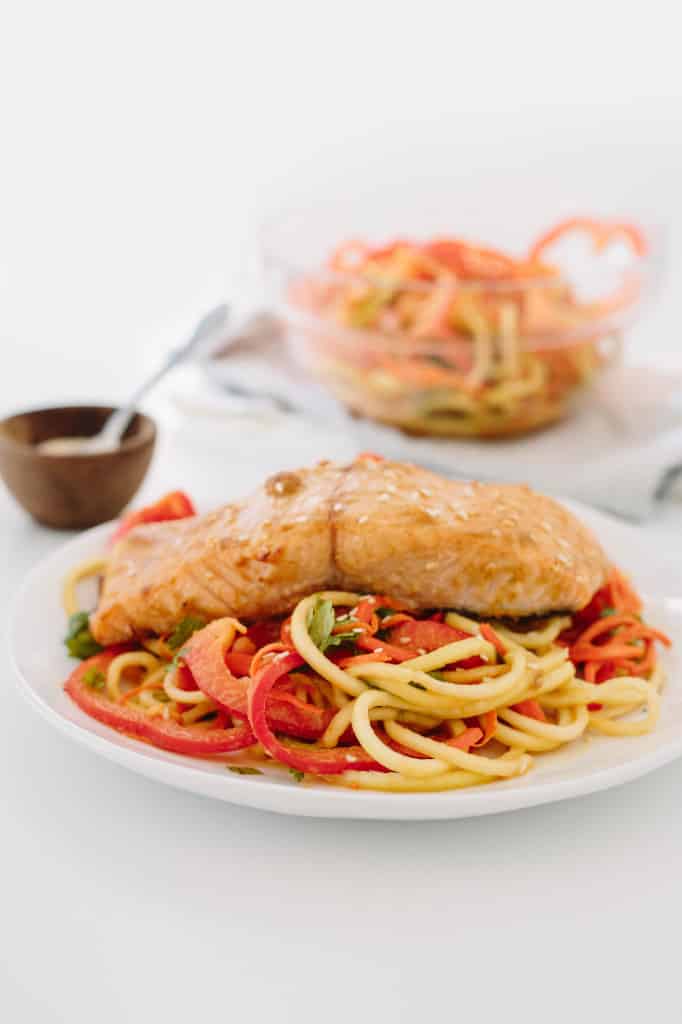 About three chamomile and honey almond milk lattes later, the sickness still wasn’t going away, so I knew this wasn’t just a little bug.

I woke up this morning and felt terrible. I couldn’t get out of bed – sweaty, feverish, achey, sore throat, a cough – every single sympton of the common cold, I have it.

Like a good husband, Lu ran out and picked up the necessities: DayQuil, Advil, throat lozenges, fruit for a smoothie for my throat, and a thermometer.

Forty-five minutes later and here I am, writing today’s blog post because I couldn’t do it this morning or last night. I feel slightly better, but not really. I wanted to have a really productive day, I was going to go apple picking with my sister and then visit my parents and grandparents, but unfortunately, I can’t go, because my grandfather is weak and I don’t want to risk making him sick. 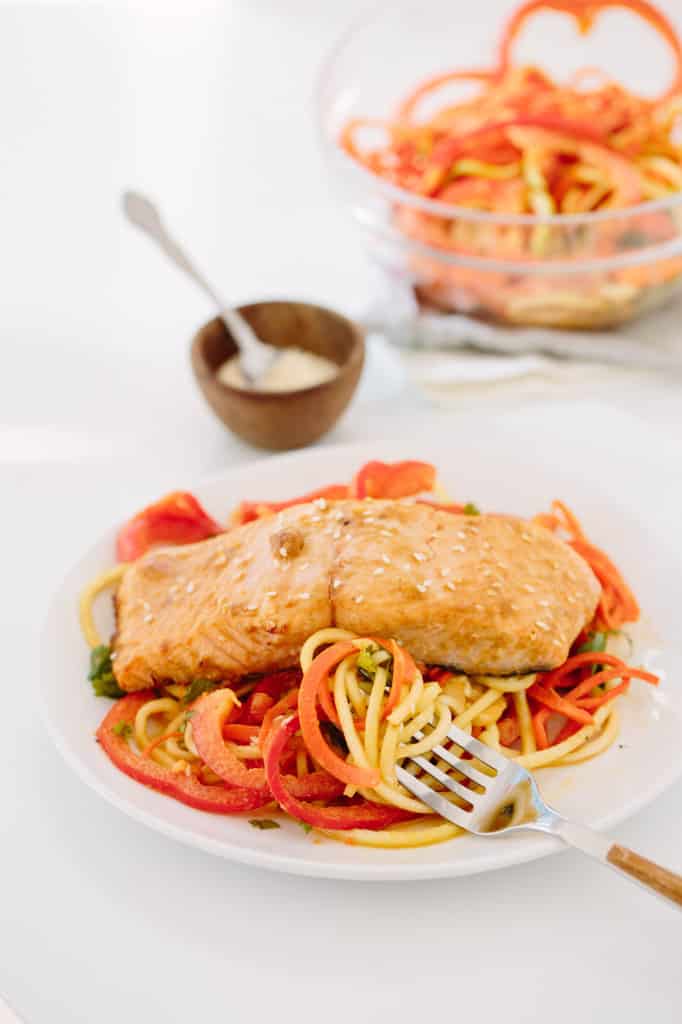 I wanted to get today’s blog post up, because it’s an easy salmon dinner, that I know will make your dinner table soon. The spiralized slaw is made up of spiralized carrots, zucchini, and bell pepper – for color, crunch, and nutrients! The salmon has the perfecta mount of flavor to complement – but not overpower – the robust flavors of the slaw, which is truly the star here.

Now I’m off to lay back down and drink lots of fluids – and hope in a couple of hours I can get out to grocery shop at the very least. 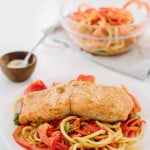 Best Beginner Recipes for the Spiralizer 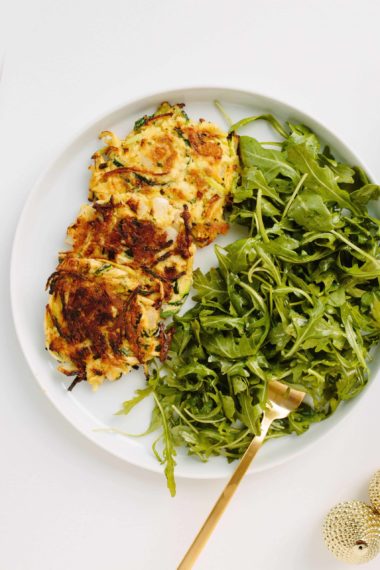 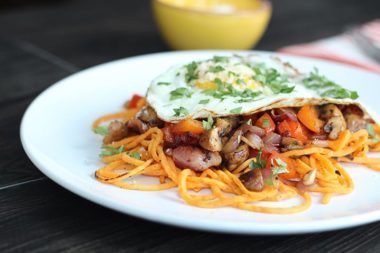 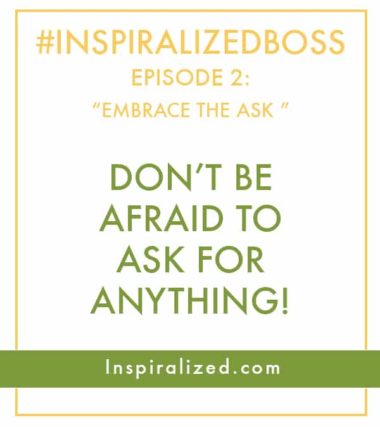 Debra Zantman says:
October 16, 2016 at 2:56 pm
Hi Ali, Thank You for the recipe. Looks Yummy and easy.. Sorry to hear you are sick. I hope you can whip this quickly.Last night i made sweet potato pizza skillet for dinner. YUMMY! I had not had pizza in months and it satisfied that pizza craving in a healthy way. Also here is a funny for you! Over a face time session this weekend I was talking to my daughter about Halloween costumes and i said, Guess what Mom is dressing up for Halloween? Her first response, Ready... A inspiralizer!! I started cracking up! SO proof positive that i talk about it alot! LOL! This is a true story... I hope that puts a smile on your face. :) And by the way i am dressing up as Mary Poppins.. Take Care and sending Hugs.
Reply
Pingback: Spiralized Potato Spaghetti Pie | Inspiralized
Stella @ Stellicious Life says:
October 17, 2016 at 11:54 am
Sorry to hear you're sick, I hope you are feeling somewhat better since then. My absolute cure that has worked wonders is making ginger-lemon tea (sometimes I even put in a cinnamon stick and some turmeric) with honey. I drink about 2 litres and it really boosts my immune system to kick the illness to the curb. If you are coughing try some thyme tea (my grandma swears by the old natural recipes, and it really soothes). I have all the ingredients for this and so happy I can use up my carrots, zucchini and one bell pepper before they wilt too much. Get well soon and get some rest, sleep a lot! (I know how frustrating it must be, what I hate most with being sick (besides the fact that I feel like cr*p) is that I have to put my life on hold and can't do everything I planned to do. So don't fret about that, rest a lot to get better soon!
Reply
Gail H. says:
October 17, 2016 at 7:57 pm
Hope you're feeling better! Sure would like to know how you make the chamomile and honey almond milk lattes?
Reply
Pingback: SESAME SALMON WITH SPIRALIZED SLAWReally nice recipes. Every… by foodffs via Tumblr – Viralpics
Christine says:
December 29, 2016 at 1:05 pm
HI - this sounds delish. I just ordered and can't wait for it to arrive and to get cranking on these dishes. How many does this serve. Recipe says 1, but seems like it could be two.
Reply