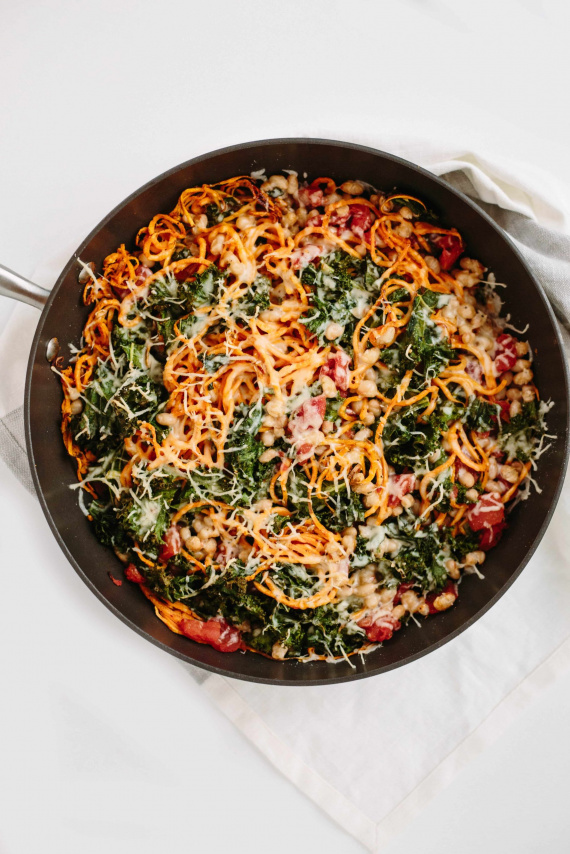 Gluten Free, Vegetarian, Entrees, Pasta, Sweet Potato
Normally I post videos on Wednesdays, but because I’m all about making my own rules...
jump to recipe
share this recipe 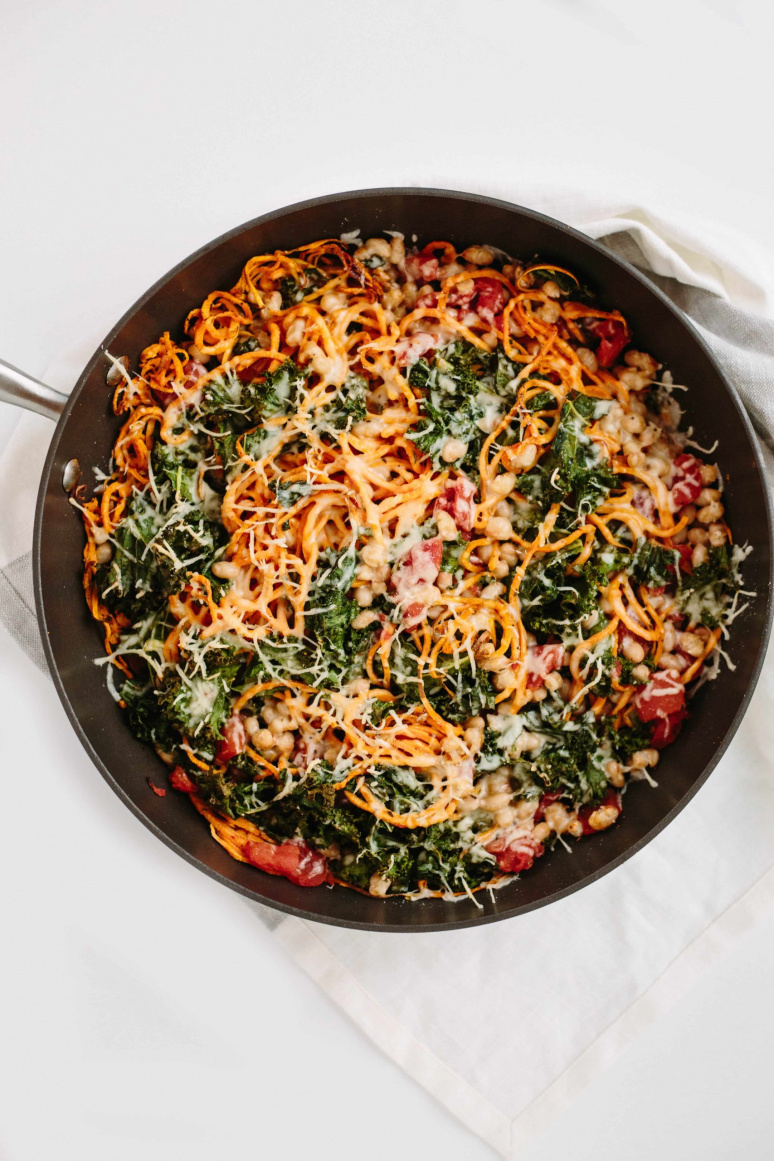 Normally I post videos on Wednesdays, but because I’m all about making my own rules this year and following them, I’m sharing a new recipe.

Okay, full disclosure: I couldn’t wait to share this video on Instagram and Facebook yesterday, so I had nothing left for today — andddd, of course, I was dying to try this recipe out!

I’m loving 2017 mainly because I feel like my audience is back. I’ll admit, I was scared for awhile in October and November. I felt like everyone went silent and forgot about spiralizing! I get it, every single year it’s like this – my blog readers and social media followers go radio silent around October. 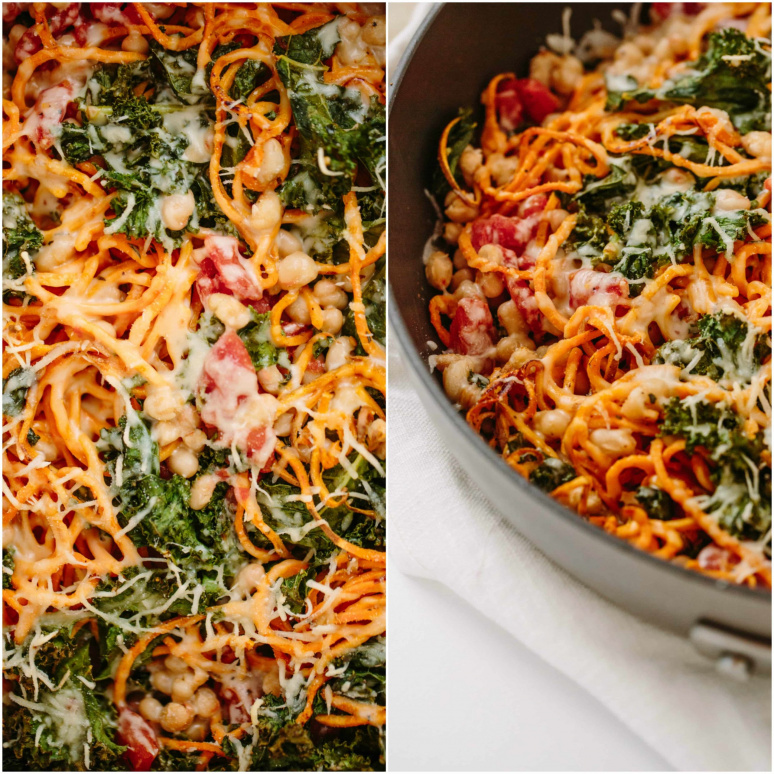 I guess everyone’s Googling, “Halloween spiked witch’s brew” in October. Then November hits and everything shifts to Thanksgiving, people start caring less and less about eating healthy, it’s more about celebrating and bringing something decadent to Friendsgiving. December starts to pick back up, as people start to receive early gifts (ie spiralizers) and come to the site for inspiration.

But let me tell you friends, I thought you had left me for awhile!

Now, you’re back (and more of you, of course – WELCOME!), and I’m happy again to hear your wants, needs, questions, comments.

One of the most common questions I receive and have been receiving in the New Year is about getting your significant other to eat spiralized food. Especially now, when we’re all trying to be our best on the healthy eating front, it can be even more frustrating when your boyfriend/girlfriend/husband/wife isn’t as on board. 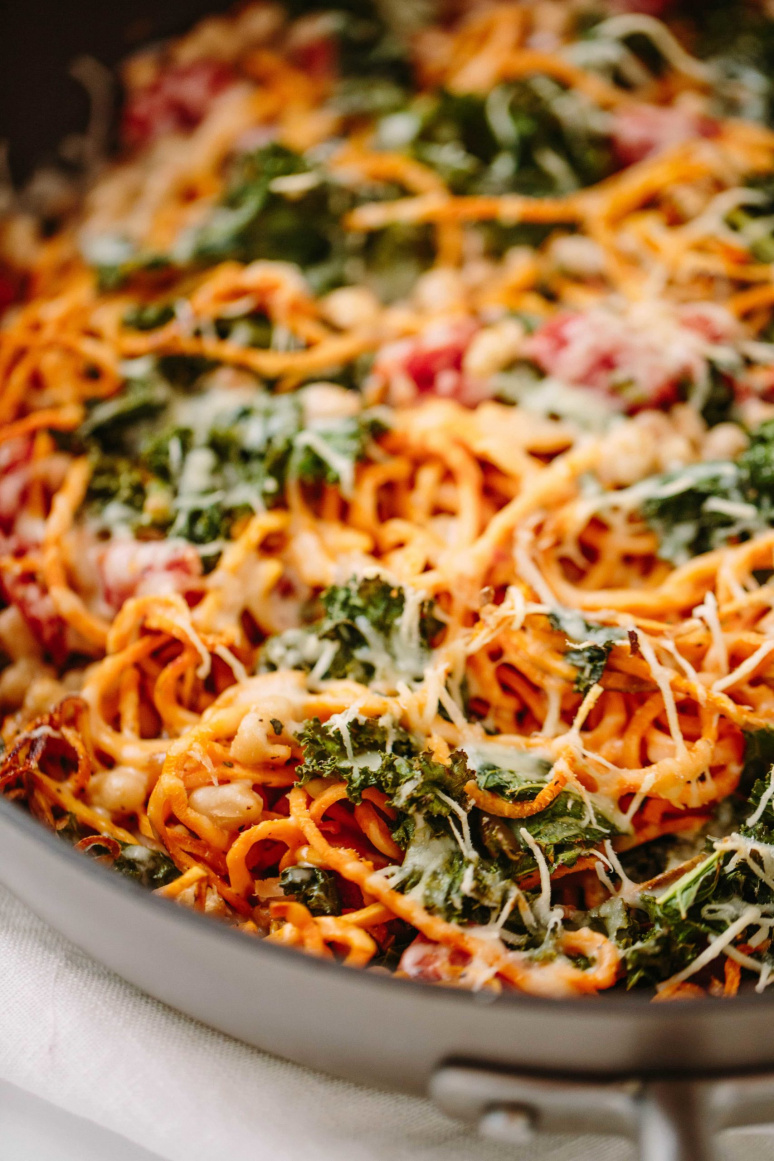 Well, last night, I fielded your questions for my husband, Lu, and he answered them. It’s a pretty hilarious Facebook Live episode, so I wanted to devote today’s post to it, especially because we ate today’s recipe for dinner, and I talked all about how I make meals heartier and more satisfying for my 6’3″ tall, 210-pound husband.

Yes, we eat the same things for dinner, like last night, with today’s recipe – it reheats well, and I served it with some baked chicken that I had bought for the week’s dinners, but I pulled an audible and subbed my blog leftovers for my planned dinner. 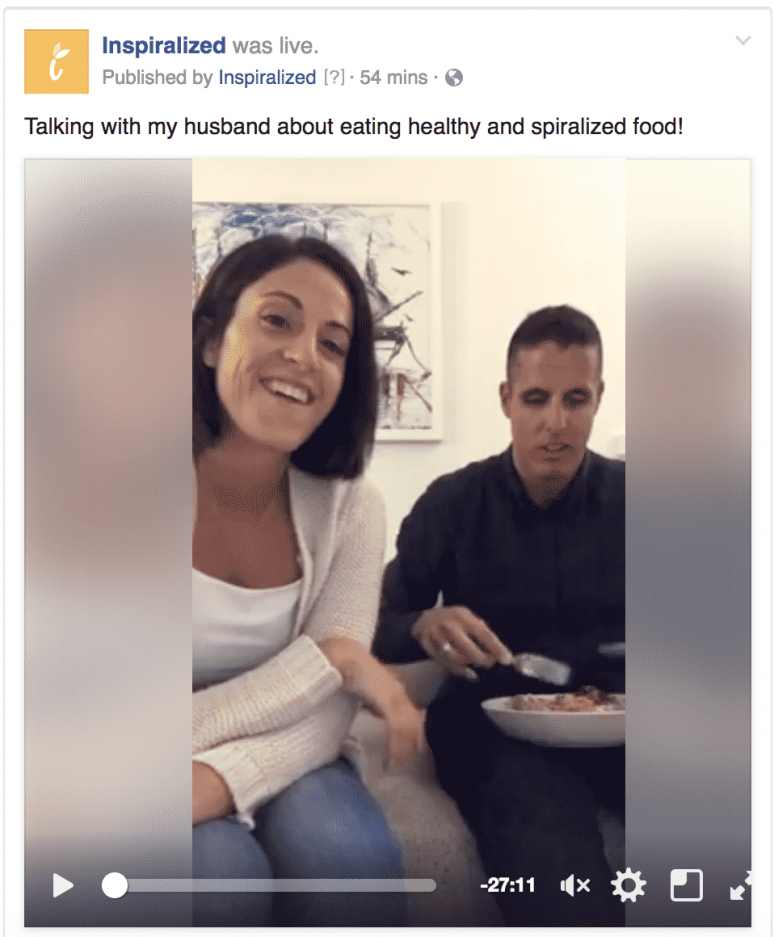 Watch our video to learn how to make our Spiralized Sweet Potato, White Bean and Kale Bake using the Inspiralizer and subscribe to our YouTube channel to watch more videos: 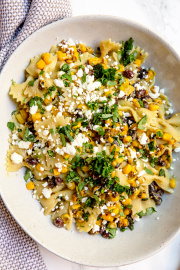