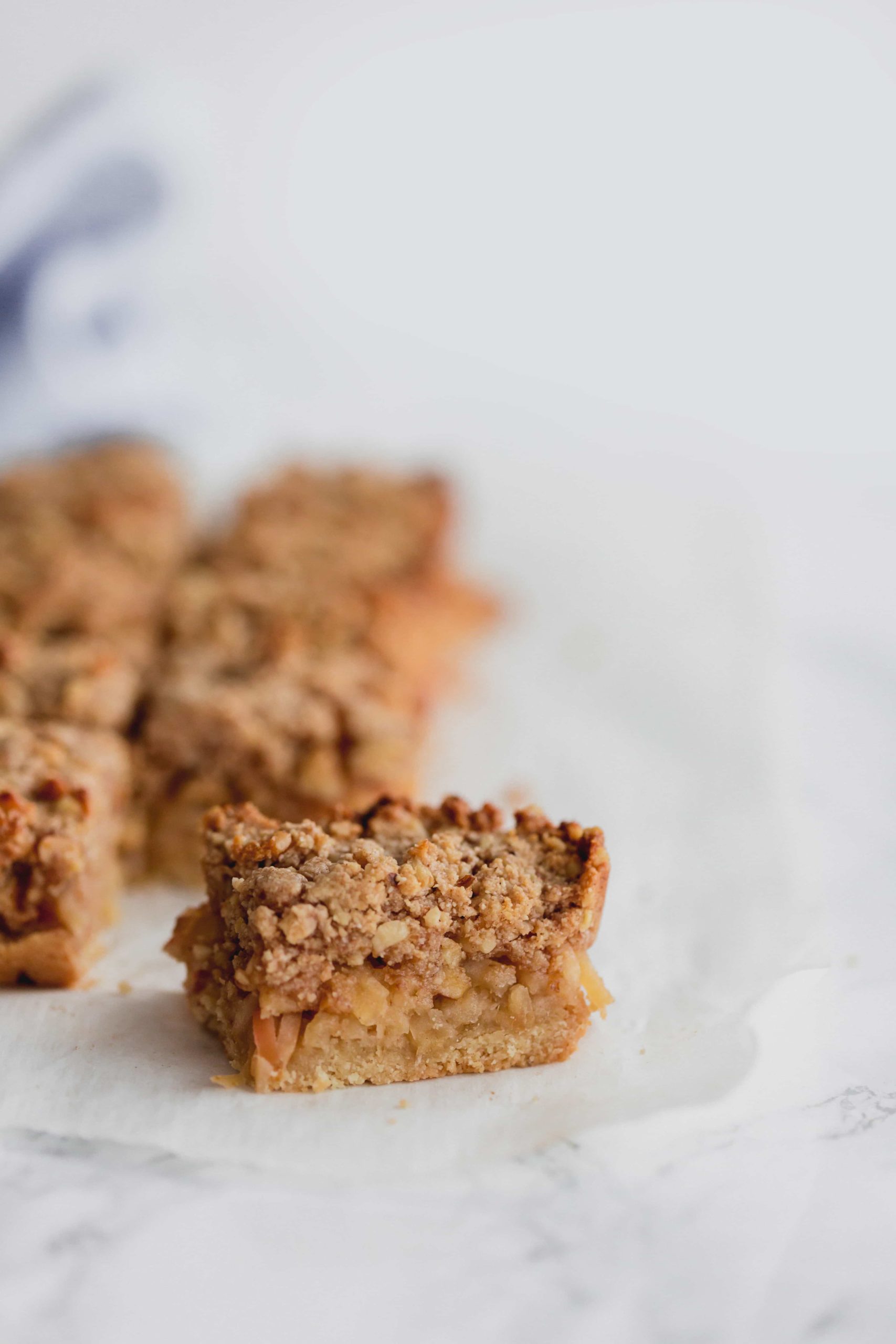 These healthy vegan apple crumble bars are gluten free and made with all natural, wholesome ingredients, like almond flour, coconut oil, and cinnamon. Spiralized apples make these bars easy and fun to make. 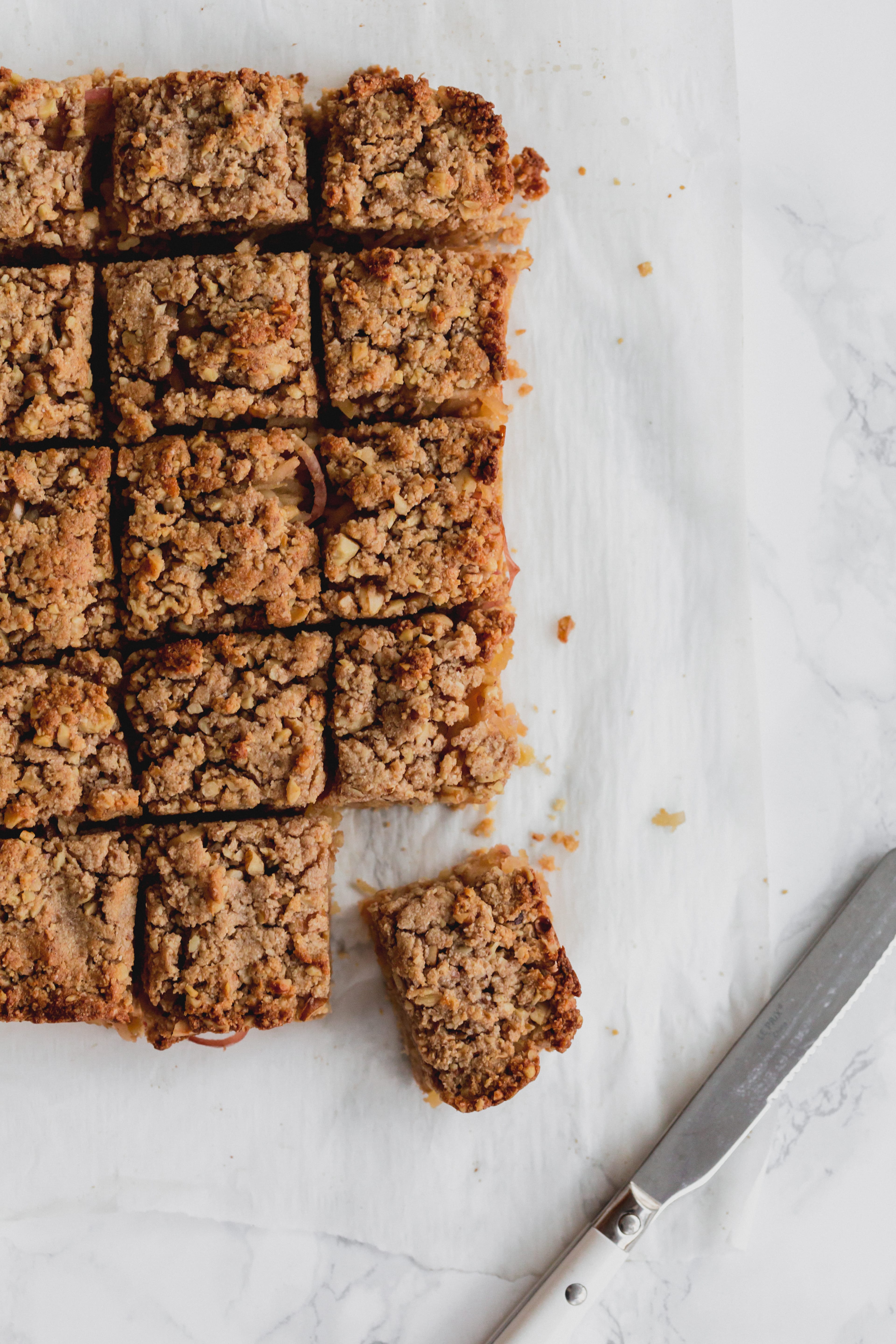 Using your spiralizer isn’t just for making vegetable noodles for pastas. Spiralizing helps shred vegetables easily (like cabbage), make chip slices for lasagnas and gratins, or to simply evenly slice vegetables and fruits, like bell peppers, onions, and apples. If you were to use a knife to slice an apple, for example, you would be able to get such perfectly even slices, as you do with the Inspiralizer.

When you’re spiralizing an apple, you don’t need to core the apple first. Of course, you can. But, the little seeds that are in an apple shake out when you shake the apple noodles after spiralizing. And most of them get jammed up in the blades of the Inspiralizer anyway, which you can just brush out (I love using this brush to exclusively clean my Inspiralizer.) 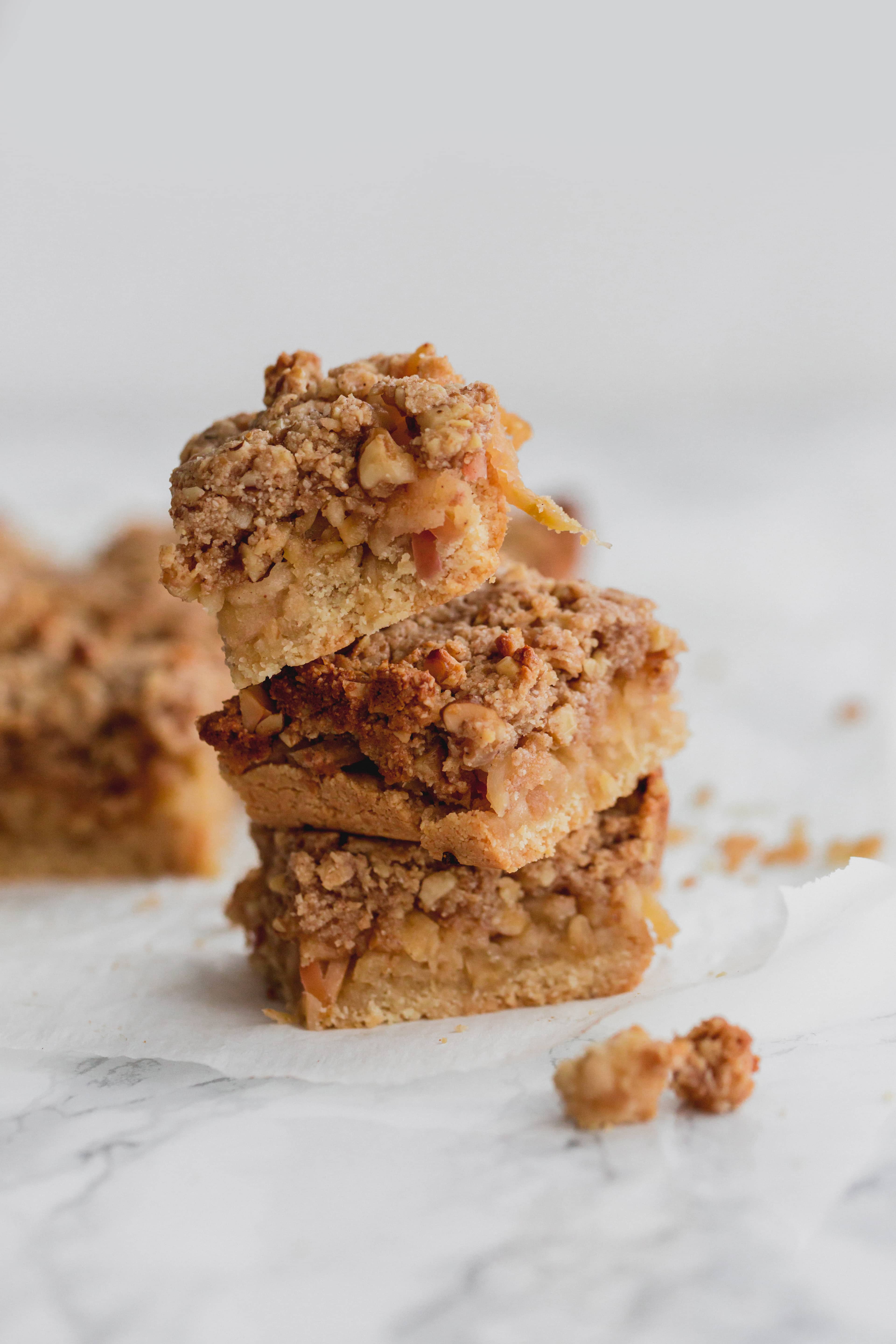 The apple noodles here are used in these healthy apple crumble bars, made with real ingredients like almond flour, maple syrup, cinnamon, and coconut oil. You won’t believe how easy these are to make – and an easy cleanup, since we’re using parchment paper to line the baking sheet. The crumble bars pop right out – just make sure you let them rest a bit to harden up and make them easier to slice.

Of course, I used Bob’s Red Mill Super Fine Almond Flour from Blanched Almonds (very important to get the perfect crust and crumble consistency!) I love using Bob’s baking products, they’re always the highest quality, consistent, and they have everything. I buy the large bag of their almond flour and I fly through it, because I use almond flour a lot, using it weekly for Luca’s veggie tots (from Inspiralized & Beyond) and healthy breadings. 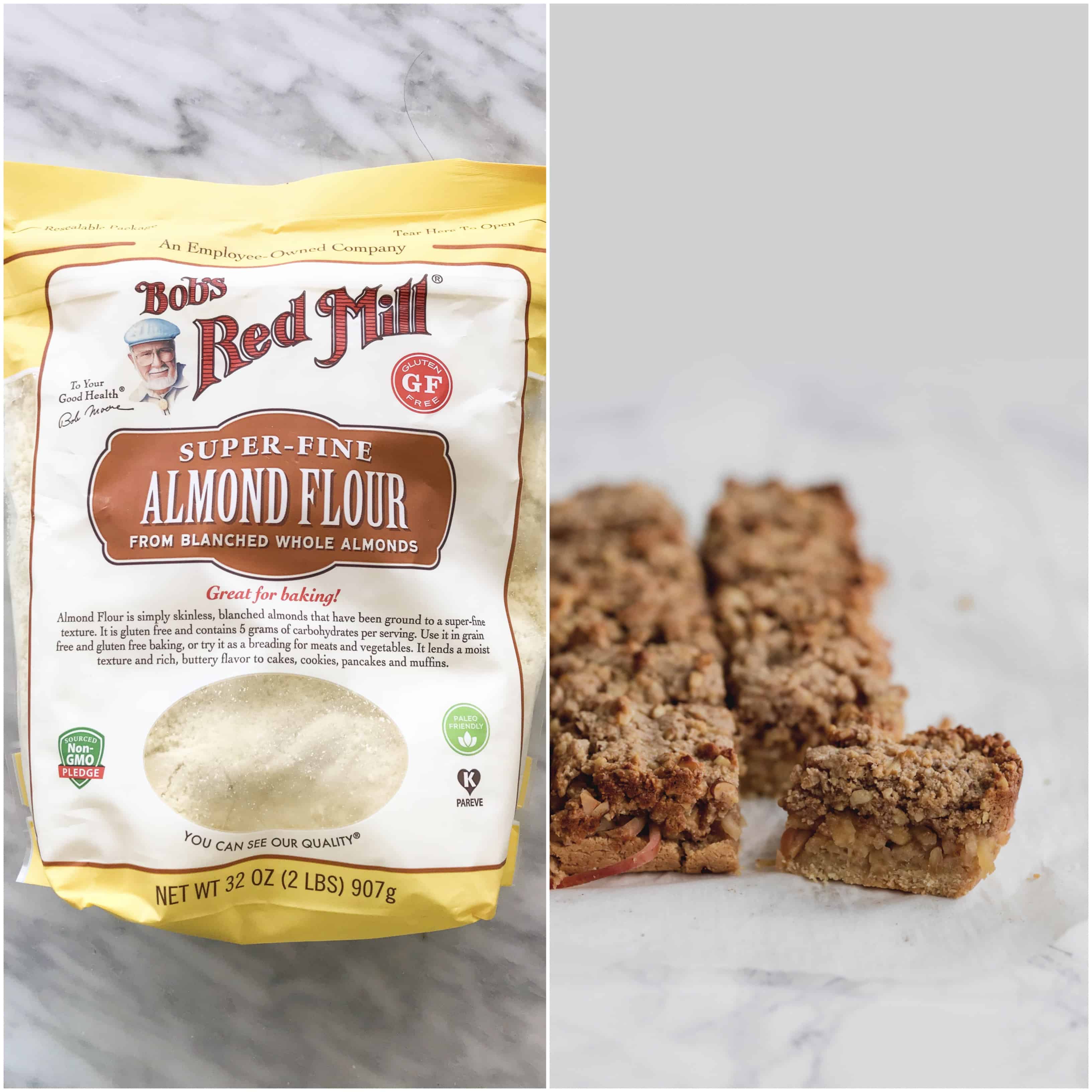 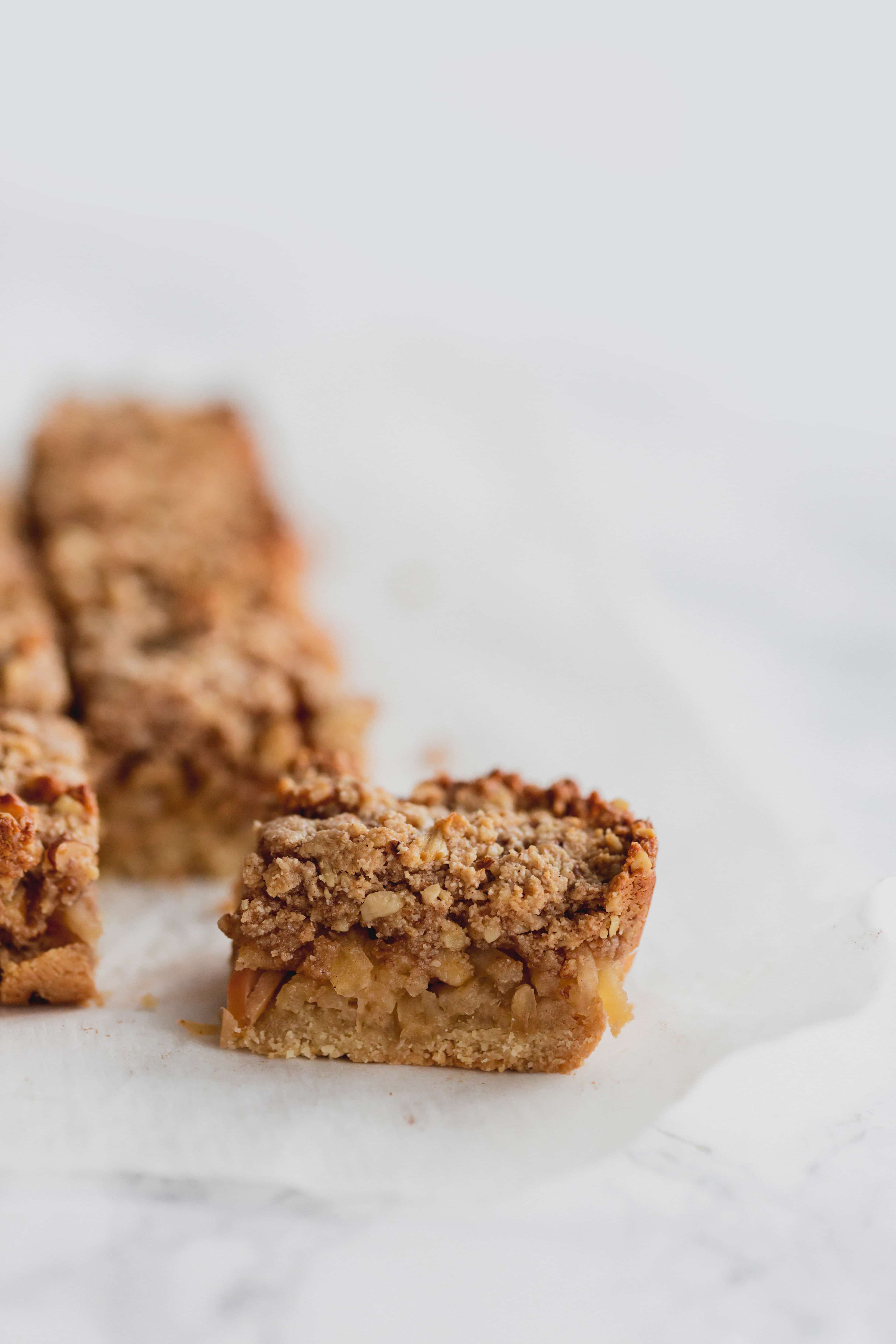 These bars are vegan, gluten free, and Paleo friendly. They are perfectly sweet thanks to the apples cooked in maple syrup and the crust and crumble made with vanilla extract, coconut oil, and maple syrup. You won’t be in a sugar coma after eating these and they’re beautiful to display at a holiday party or get together.

Note: Although this post was sponsored by Bob’s Red Mill, all opinions are my own, always. 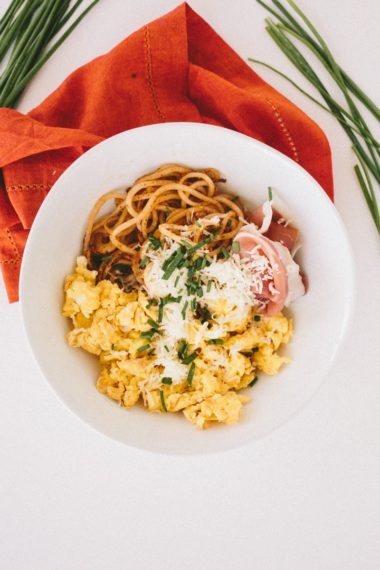 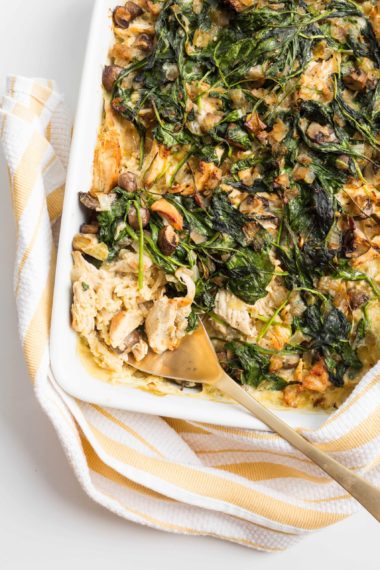 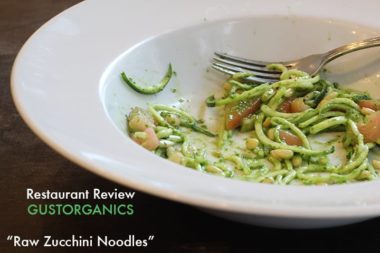